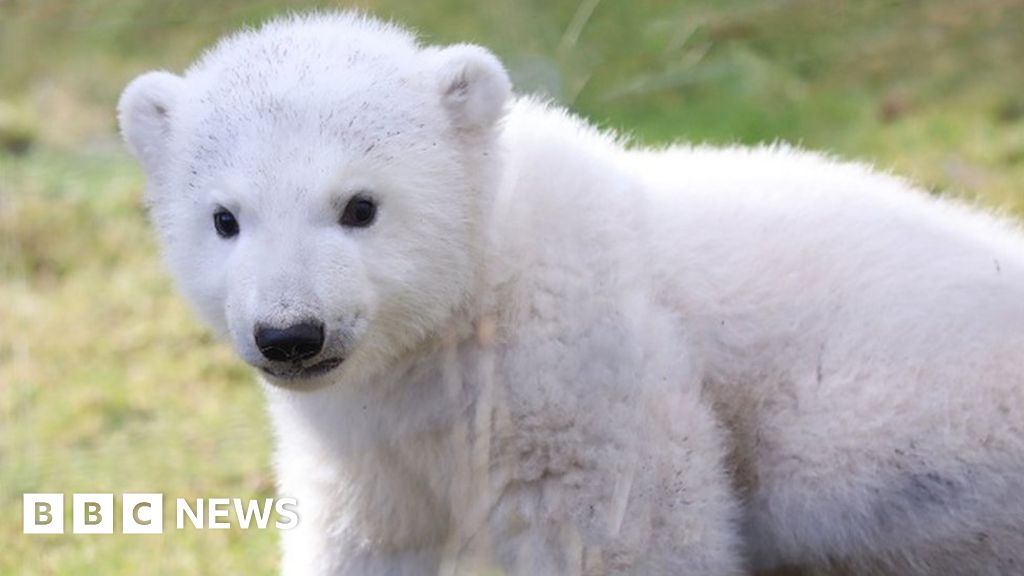 Image caption, The polar bear cub was born in December

A polar bear born at the Highland Wildlife Park near Aviemore has been named Brodie.

The cub was born in December and his sex was confirmed during a health check last month.

Brodie’s older brother Hamish was born at the same park in 2017, and was the first polar bear cub to be born in the UK in 25 years.

The Royal Zoological Society of Scotland (RZSS) held a competition to find a name for the new cub.

Brodie shares an enclosure with his mother. The site has been closed off to park visitors.

The competition raised more than £70,000 for the park.

Image caption, The cub shares an enclosure with his mother, Victoria

He was popular with visitors to the park, at Kincraig near Aviemore, and could often be seen playing with empty barrels in a pond in an enclosure he shared with Victoria.

As part of the breeding programme for the species, Hamish was moved to Doncaster’s Yorkshire Wildlife Park in November 2020.

Before Hamish, the last polar bear cubs born in the UK were twins at Flamingo Land in Yorkshire in December 1992.

SPAC Winter Is So Bad One Adviser Opened a...

Meta’s avatars are getting legs

World Cup’s 101 Most Memorable Moments: The Disgrace of...

Watters: Biden’s admin could not care less about America’s...

US ambassador labels UN meeting on Ukraine an ‘absolute...

Netflix’s Gears of War movie will only work with...

At Some Colleges, the Fall of Roe Will Weaken...

Face masks to remain in Scottish schools after Easter...

Seattle CEO who cut his pay so workers could...

For the first time in years, the Apple Store...

Gordon Brown: 'You cannot allow children and pensioners to suffer'