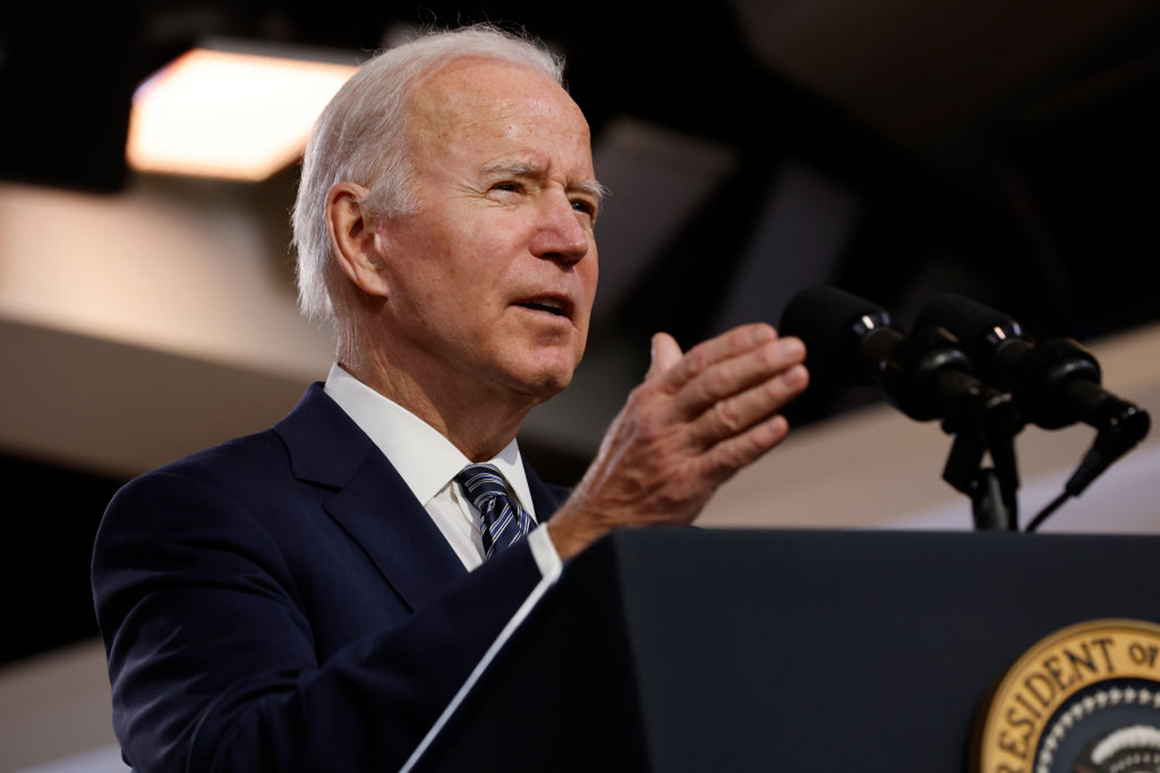 Polls show some two-thirds of Americans view the country as being on the wrong track. Bidens disapproval rating on the economy stands at 58 percent, while Republicans have a 54-35 percent lead on the issue. And the widely watched University of Michigan consumer sentiment survey recently fell to its lowest level in more than a decade.

Incumbent parties usually lose House and Senate seats in off-year elections, but turning these attitudes around could be the difference between Democrats taking average losses this fall or getting punched out like they did in 1994. And administration officials are increasingly concerned about the economy as a heavy drag in the midterms, according to several allies.

The mood is just shockingly bad inside and outside the White House, said Steven Rattner, an investment banker and former Obama administration official who speaks to senior Biden aides.

If somehow inflation comes down and the electorates mood improves, they can compete, Rattner said. If these things dont happen, the midterms could get scarily painful very quickly for Democrats.

White House officials deny any sense of panic over the economy or their midterm chances.

So many economic indicators are not only extremely good but better than expected. And we are recovering so much faster than previous downturns, said Heather Boushey, a member of Bidens Council of Economic Advisers.

Boushey acknowledged that inflation especially energy prices is a problem for consumers. But she said it will fade over time, especially now that the Fed is raising rates.

This recovery isnt perfect, she said. But then again none of them ever are.

The Fed has little choice but to raise rates to try to tamp down prices. But economists who regularly speak to Biden and his advisers say the central bank often gets it wrong on rates, overshooting by slamming on the brakes too hard and too fast and landing the economy in recession.

I dont think there is any readily available silver bullet that can change the perception of the economy, said former Treasury Secretary Larry Summers, who has criticized some of Bidens spending plans as inflationary.

Summers commended Fed Chair Jerome Powell for the central banks decision last week to raise rates and shift toward a tougher stance on inflation. The Fed also sharply lowered its prediction for economic growth in 2022 to 2.8 percent from 4.0 percent.

Fed Chair Jerome Powell this week expressed confidence that the central bank will be able to rein in inflation without sparking a recession, though he said it wont be easy.

But Summers said he doesnt think the Fed can accomplish what it says it wants to.

They certainly projected more hawkishness than they have earlier, and thats welcome, he said. On the other hand, I dont think its realistic at all to believe you could bring down inflation substantially while keeping unemployment at 3.5 percent for three years. (The Fed last week predicted the jobless rate would be 3.5 percent this year and next, and tick up to 3.6 percent in 2024.)

Powell this week expressed confidence that the central bank will be able to rein in inflation without sparking a recession, though he said it wont be easy.

In a speech, he said the Feds actions, combined with external economic factors, should help bring inflation back down near the central banks 2 percent target over the next three years.

History, he said, provides some grounds for optimism that the Fed can pull off the kind of gentle slowing of the economy that cools price spikes but doesnt lead to negative growth.

Some have argued that history stacks the odds against achieving a soft landing, the Fed chief said at the annual conference of the National Association for Business Economics. Soft, or at least softish, landings have been relatively common in U.S. monetary history. In three episodes in 1965, 1984 and 1994 the Fed raised the federal funds rate significantly in response to perceived overheating without precipitating a recession.

Fed officials expect to increase rates several more times this year although Russias invasion of Ukraine has raised the price of important global commodities like oil and food, which could weigh on consumer spending and decrease the need for more aggressive Fed action.

For now, the big headline numbers still look good for Biden. The economy created 678,000 new jobs in February, continuing the sharp bounce back from Covid losses. The jobless rate is just 3.8 percent. GDP growth is slowing but it was sterling as recently as the last quarter of 2021.

But all those headline numbers may amount to almost nothing politically.

One senior Democratic economist who talks to Biden and his advisers said theres frustration within the White House that the administration gets little credit for good economic news, even as theres a relentless focus in the media on inflation. But the economist said the electorate is sour on Biden and the economy.

One theory I have for this is that some people went back to jobs after Covid they really didnt want and theyd rather still be at home with extra assistance, this person said.

Wage gains are also most pronounced in lower-income brackets, a welcome outcome for those Americans who need help the most but less so a political asset, given that more affluent households tend to vote more.

The economist added that the White House is also pretty certain Biden wont get much credit for the pieces of his infrastructure bill that he got passed.

Nobody cares about that at all or will even remember it, the person said. Just like Obama and the Affordable Care Act in 2010. And the Feds strategy continues to just be Get Lucky.

Democrats could point to the remarkably resilient performance on Wall Street as an indication of corporate and investor trust in Bidens leadership. But many Democrats dont like to measure success by rising stock prices, which even climbed in the face of rate hikes and a more hawkish Fed. Stock market gains disproportionately benefit higher-income Americans and can add to income inequality.

And there are market analysts who say that stocks are due for a reckoning especially as higher interest rates from the Fed start to cut into the housing market, a consistent bright spot in the economy. Rates will still be low, but people will nonetheless have to pay more for homes.

Its ugly on inflation and going to get uglier the next several months, and the Fed might be put in the position where they have to be much more aggressive and that could slow the economy a lot, said Edward Moya, a senior market analyst at OANDA, a foreign exchange trading firm. Somehow Wall Street looked through all that and was able to take it all in and believe all this enthusiasm about the economy.

White House deputy communications director Kate Berner said Americans understand some of the reasons for higher prices and still support the underlying policies that are helping lead to or exacerbate them. They see the U.S. sanctions on Russia and their impact on prices, but they support the sanctions anyway, she said.

Bidens polling on the economy is almost universally awful. But Berner said surveys about peoples own personal finances arent as bad. A recent Langer Research survey found that peoples sense of their own financial well-being was 61 out of 100. Thats a drop of nearly 10 points from the surveys pandemic-era low in August, but its not as weak as some of the other numbers.

And Berner said a good deal of the publics negativity on the economy comes from widespread Covid anxiety that will only ease with time. This region is suffering from some of the highest...

Why Tonga eruption was so big and what’s next

Archie Battersbee’s mum felt ‘backed into a corner’ by...

War in Ukraine “would be a quagmire,” British official...

A Seattle man faces a hate crime charge after...

These best Oculus Quest 2 accessories are down to...

How TikTok is fuelling dreams of wealth in the...

Northampton Saints: Poor recent results are ‘bumps in the...

Americans are eating into pandemic savings to cope with...

Thousands of US school websites inaccessible after ransomware attack

Russians ‘Rescue’ Ukrainians from ‘Genocide,’ Turn Them into Cannon...

US urges Yemen’s Houthis to free US Embassy’s local...

Steve Harvey has choice words for Will Smith after...

Adorkable and MacGyver among new words added to Merriam-Webster

You can now get a look at Horizon Forbidden...

Next warns of steeper price rises later this year