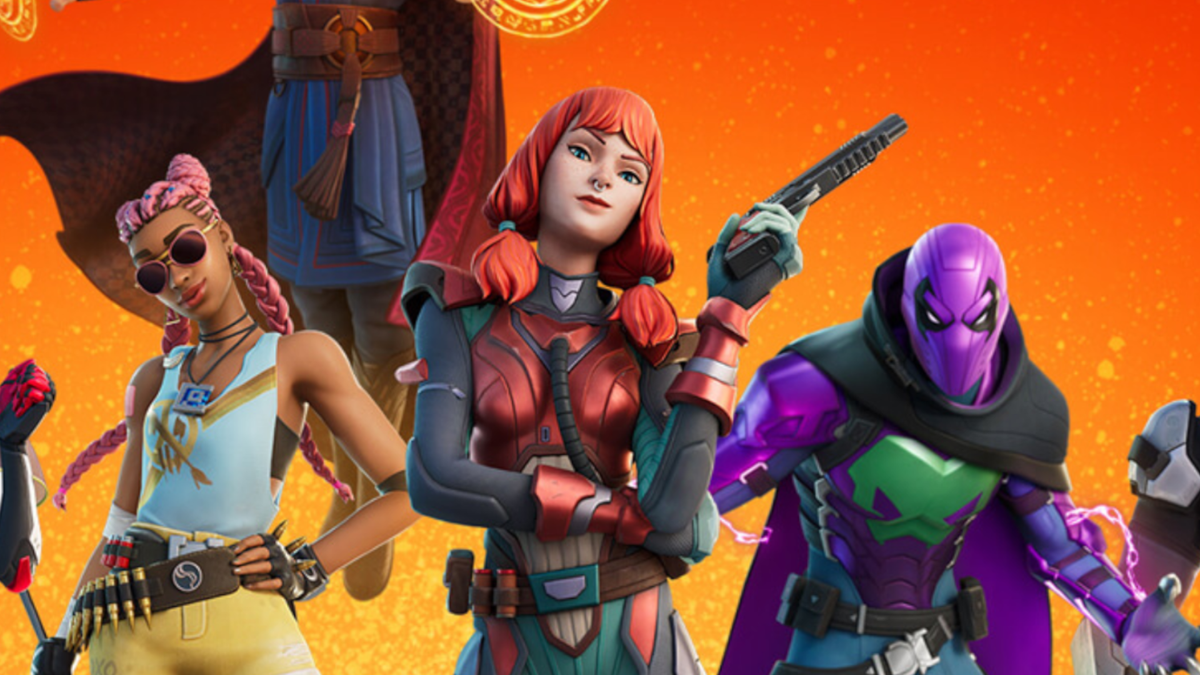 The new season of Fortnite is underway with a fresh batch of skins to boot, and a couple of them look familiar in a ‘deliciously different’ kinda way.

Fortnite Chapter 3 Season 2’s Battle pass is brimming with new skins, including Marvel’s Doctor Strange. But if looking at The Imagined has you hankering for a hot honey chicken biscuit, you’re not the only one. As @HeyStani on Twitter pointed out, she looks a lot like a certain fiery-haired fast food queen… Think Wendy’s, not Ronald.

The side-by-side sparked a back and forth in the thread, but the Photoshopped Wendy’s meal with The Imagined’s face plastered over it is by far the best contribution to the conversation. If only because it looks so unsettling.

Wendy’s herself chimed in, agreeing that Fortnite’s The Imagined is her doppelganger. Retweeting the original tweet, Wendy’s said “Update: they added goats to Fortnite”.

Wendy isn’t the only familiar face among the latest batch of skins. The Origin is also getting called out for his resemblance to Destiny’s Commander Zavala.

Uhh, so Fortnite has added an unofficial Zavala skin with the new Season | #Destiny2 pic.twitter.com/mAq05Mzzr5March 21, 2022

There’s not a particularly huge swathe of bald, blue men in video games, so the similarities are causing quite the stir. The backlash seems to be a lot more negative as well – for a couple of reasons.

First off, Epic doesn’t have the best track record when it comes to not so subtly co-opting other IPs. Whether it’s emotes that capitalize off other creators work, or aping gameplay mechanics from popular titles (*cough* Among Us *cough*).

Some people in the thread think blue baldies should be regarded with the same indifference as any of the generic video game dude bros out there. But others aren’t so forgiving. It doesn’t help that The Origin’s outfit looks like Zavala’s in Destiny’s cinematic trailer.

Ultimately there’s not enough there to be getting riled up about, and accusations of Epic ‘stealing’ content hold a lot more water by comparison. So just enjoy prancing around as the Wish version of Zavala, and Wendy in her rebellious teen phase.

Coinbase Insider Trading May Be Wider Than US Case,...

Cities across US expecting coldest air of season this...

QA Wolf exits stealth with an end-to-end service for...

Éric Zemmour and the Algerian Question

All victims of deadly Bronx fire IDed, including 2-year-old

Virginia IT chief picked by Youngkin leaving after less...

Netflix’s small iOS change is bigger than you think

Why is inflation in US higher than elsewhere?

Cruz slams ‘arrogance’ of FBI to stonewall his Jan....

Colorado school must face lawsuit by student expelled after...

AT&T says it will delay some 5G after airlines...

Whoopi Goldberg suspended from “The View” after Holocaust comments

Bantamweight Kash Farooq in ‘shock’ at being forced to...

Madagascar braces for cyclone blowing in from Indian Ocean

In-Laws Slammed for Inviting Themselves to Stay With Heavily...

George Montague: Tributes to 'oldest gay' campaigner after death at 98