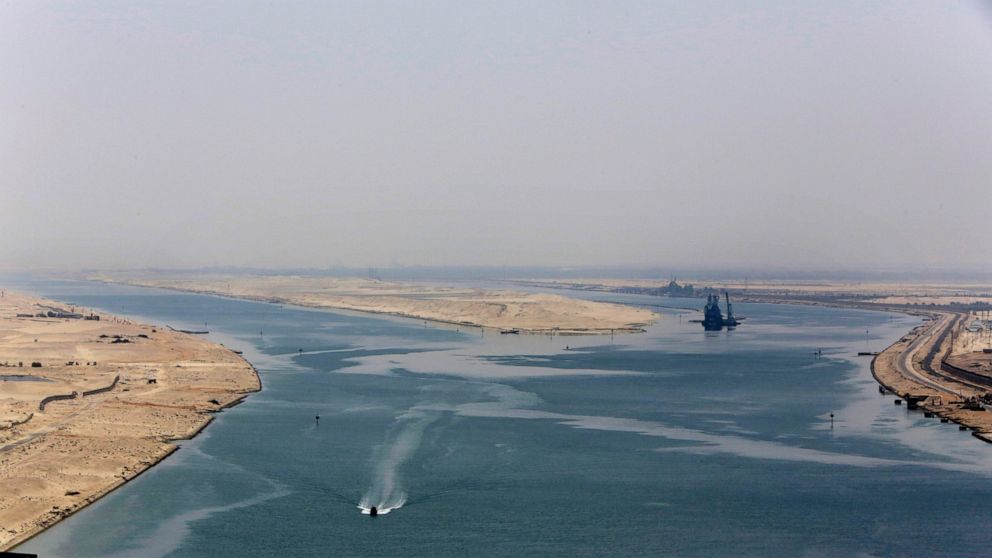 CAIRO — Egypt said Tuesday it will increase transit fees for vessels, including oil-laden tankers, passing through Suez Canal, one of the worlds most crucial waterways.

The Suez Canal Authority said on its website it will add 15% to the normal transit fees for oil-laden and petroleum products-laden tankers, up from current 5%.

It said the increases will take effect starting May 1, and could later be revised or called off, according to changes in global shipping.

The new increase are amendments to surcharge hikes imposed in March on vessels passing through the waterway, the canal said.

The canal said surcharge fees for chemical tankers, and other liquid bulk tankers will be hiked to 20% up from 10%, while laden and ballast dry bulk vessels will have their surcharges increase to 10%.

Vessels carrying vehicles, general cargo, and heavy lift vessels, as well as multi-purpose vessels, will see a 14% increase up from 7%, according to the canal.

Ballast crude oil and oil products tankers transiting the Canal are still required to pay a surcharge of 5% of normal transit fees, it said.

On its website, the canal said the increases come in line with the significant growth in global trade … and the waterway development and the enhancement of the transit service.

Canal authorities have been working to widen and deepen the waterways southern part, where a hulking vessel ran aground and closed off the canal in March 2021. The six-day blockage disrupted global shipment.

About 10% of global trade, including 7% of the worlds oil, flows through the Suez Canal, which connects the Mediterranean and Red seas. For Egypt, the canal which first opened in 1869 is a source of both national pride and foreign currency.

The shipping industry is still under pressure from the pandemic, and Russias war on Ukraine also added to global economic concerns.

The highs and lows of Q3 venture capital data...

Celebrate International Talk Like a Pirate Day with New...

Biden ready to tout his climate record at UN...

Trevor Lawrence’s response to bad game will say a...

Sony Honda Mobility Inc. is the new name of...

Despite blockchain gaming’s play-to-earn angle, I prefer to pay...

Channel crossings: Albanian migrants recruited to the UK by...

Potential defense opens up for Heard in Depp libel...

No, China Didn’t Threaten to Shoot Down Pelosi’s Plane...

Brazil is on edge as authoritarian Bolsonaro is quiet...

Tablets Are Better Than Ever, But Should You Buy...

Drake has a nostalgic moment on stage with the...

The 19th Century Divorce That Seized the Nation and...

Donald Trump Did Not Speak to Dr. Oz for...

Inside the Forecast: Is Florida officially a red state?

Molly Russell: Meta and Pinterest executives must appear at...

The Return of the Hospitality Industry

The U.K.’s stock and bond markets have already lost...

Turkey Poised to Deliver a Massive Win to Putin...

EU struggles with how to cut off reliance on...

Russia, West step up energy war as risk of...

Who killed the Covid-19 vaccine waiver?

Twitter abuse victims fear Musk’s plans, but may not...

Backlash may have pushed ‘West Side Story’ star Rachel Zegler invite to...