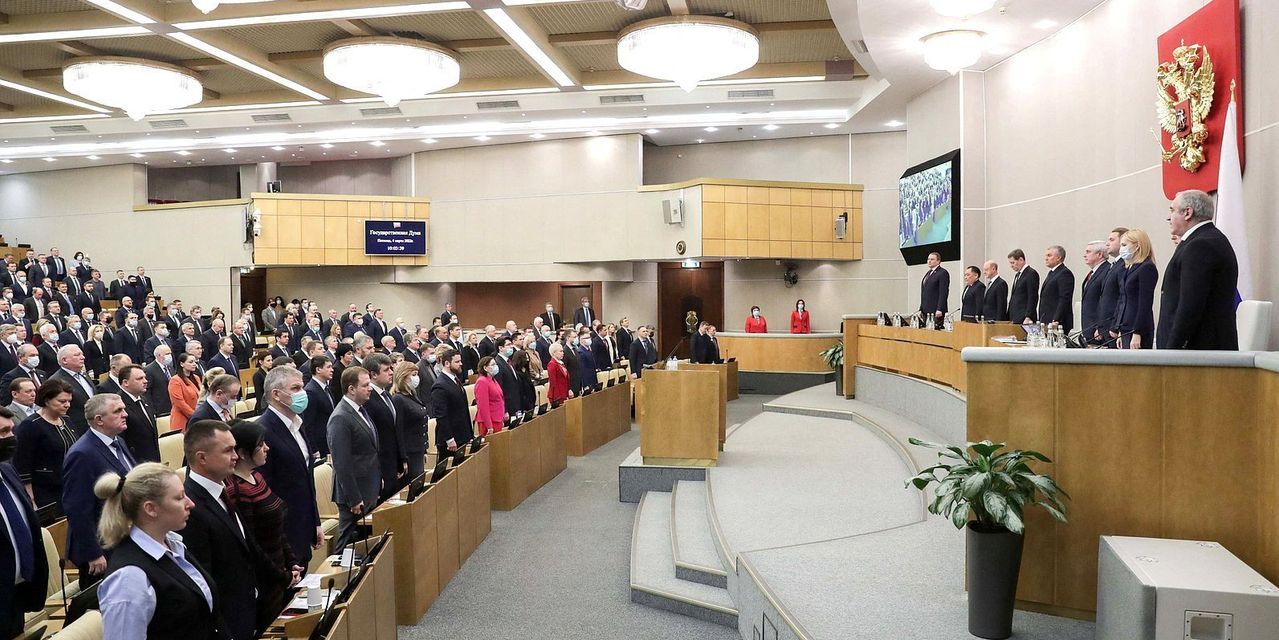 WASHINGTONThe Biden administration is preparing sanctions on most members of Russias State Duma, the lower house of parliament, as the U.S. continues its crackdown on Moscow over its invasion of Ukraine.President Biden intends to announce the sanctions on more than 300 members of the Russian State Duma as soon as Thursday during his trip to Europe, where he will meet with allies from the North Atlantic Treaty Organization to formulate their next steps, according to U.S. officials and internal documents viewed by The Wall Street Journal.The sanctions will be announced in coordination with the European Union and members of the Group of Seven industrialized nations, U.S. officials said.

Sanctions so far have failed to persuade Russian President

to stop Russias invasion of Ukraine, and it cant be determined what effect the action will have on Russian lawmakers.

Planned sanctions packages frequently are postponed, reworked or narrowed during the interagency review process before being finalized and published, an official said.

The upcoming sanctions package, which will target 400 individuals, including 328 lawmakers and Russian elites, comes as Russias invasion of Ukraine enters its fourth week.

Sanctions were imposed on Mr. Putin himself last month, as well as on a number of top officials within his government.

So far, Russias military progress has been slower than many anticipated and Ukraines resistance stronger, but Mr. Putin has shown little interest in de-escalating the crisis.

The Russian Federal Assembly consists of the 450-seat State Duma and a 170-seat upper chamber, the Federation Council.

The Duma, while far less powerful than the Russian president, has acquired expanded constitutional responsibilities in recent years, particularly regarding the countrys economic affairs. It also serves as a link between various segments of the population and the government, relaying grievances and concerns upward, and distributing state assistance to the public.

Last month, Russian lawmakers passed a direct appeal to Mr. Putin to recognize the Russian-controlled separatist states of Donetsk and Luhansk, a move that pre-empted Russias invasion of Ukraine.

This month, a committee in the State Duma approved a law criminalizing the distribution of what it said was false news about Russias military operations against Ukraine. The bill included potential prison sentences of up to 15 years. Have Democrats mapped out the future of energy?

Keith Kellogg advises Ukraine on who to ask for...

Watch: Crowd Stops Out of Control Car After Driver...

Vatican to start monthly newspaper by and with the...

Plane crashes into New Hampshire home killing everyone on...

Resilience Story: A bullet, a wheelchair, then perseverance

Intellidash Pro is an easy way to get CarPlay...

The Midterm Mandate for Economic Statecraft

Stranded on Virginia’s roads: ‘It’s not getting any better’

R. Kelly sentenced to 30 years in prison for...

Arsenal request Spurs postponement because of lack of available...

These are the most common side effects to expect...

China delays the release of GDP and other economic...

Ancient8 secures $4M in seed to democratize social and...

EU top court says shareholders are not entitled to...

Thousands take part in Isle of Wight’s Round the...

How The Umbrella Academy Aced A ‘Footloose’ Dance-Off During...

Apple releases iOS and macOS fixes to patch a...

Brendan Rodgers: Leicester ‘not the same club’ after Man...