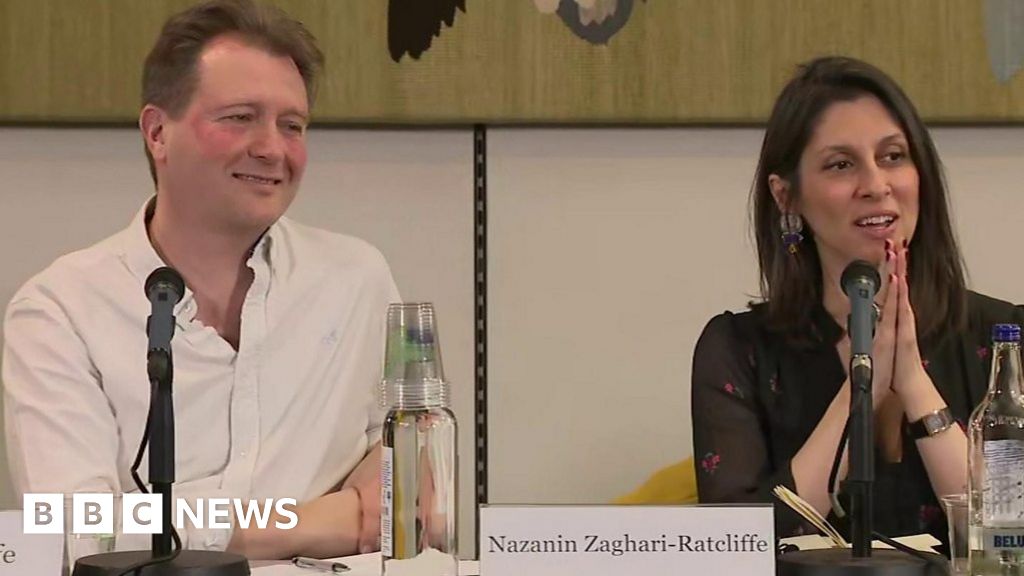 Nazanin Zaghari-Ratcliffe has said she’s been spending time catching up with her daughter, in her first media appearance after being held in Iran for six years.

She said it has been “lovely” to catch up with seven-year-old Gabriella, and added she’s missed holding her, and braiding her hair.

Asked about a return to Iran, she said she would be “cautious”. Particle Hunters Can Spend a Lifetime Searching for Answers

YouTube to broadly support the @username format with launch...

Georges St-Pierre reveals free agent status: ‘I can do...

IRS to Start Spending Its $80 Billion Budget by...

The U.S. is considering its first over-the-counter birth control...

Zenith Watches Join Rolex and Patek on Waitlists as...

Father of missing 7-year-old girl arrested in her disappearance

Thailand’s restive south hit by wave of arson and...

Elden Ring will see the return of an environment...

Husband, Wife Use Kitchen Knife To Fight Off Bear...

In Germany, activists rise up to counter vaccine skeptics

App Could Replace Sleeping Pills in NHS Treatment for...

Jackson State and Snoop Dogg had fun celebrating in...

‘England were a shambles before Southgate’

Chinese officials are ‘painfully aware’ of economic fallout from...

Alleged Oath Keeper Claims He Was Too Weak to...

It’s not just you, people really are being more...

The Station: Uber seals a deal with NYC taxis,...

Google Maps has a new Android widget to show...

USFL Week 8 Power Rankings: Stars are on the...