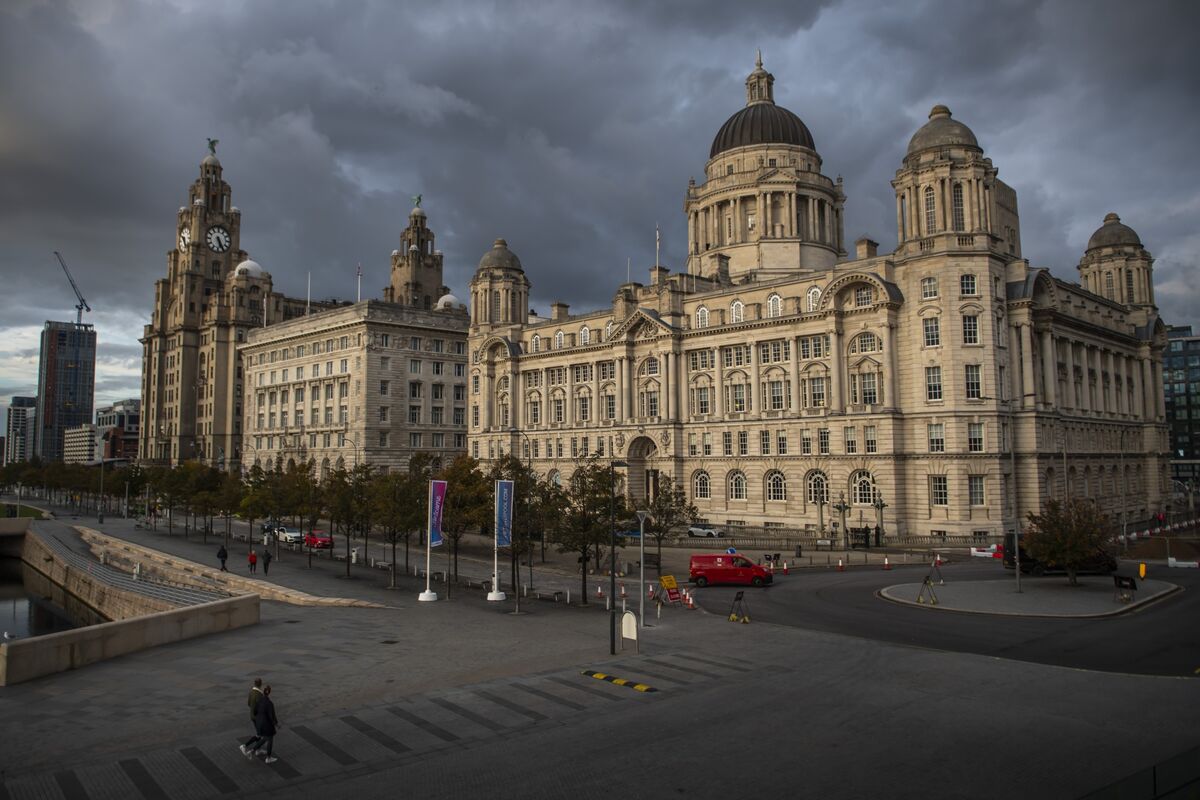 The U.K. government is likely to take direct responsibility for running the north-western city of Liverpool following an inquiry into bribery and corruption, the Telegraph

Local Government secretary Robert Jenrick is expected to send government-appointed commissioners to run the day-to-day operations of Liverpool council for several years, the newspaper said, without disclosing where it got the information. Jenrick is expected to make a final decision on what action to take this week, the Telegraph reported.

The minister ordered an inquiry into the council last December following the arrest of city Mayor Joe Anderson as part of a bribery probe. The investigation focused on property management, regeneration, highways, contracts and planning at the council over the past five years. Anderson has denied any wrongdoing.

A spokesman for the Ministry of Housing, Communities and Local Government told the Telegraph Jenrick has received the inspection teams report and next steps will be set out shortly. The nation's infrastructure has been taking a beating by recent extreme weather events spurred by climate change, underscoring the impact of climate crises stretching across the globe.
Read more

Australia’s Queensland state plans to open to vaccinated travelers, ending the status it has enjoyed throughout the pandemic of being virtually free of COVID-19
Read more

A Ride from Kandahar

The wave of Afghans entering Europe is the result of activists, NGOs, and their media allies blurring the borders between nations and the line between asylum seeker and immigrant. The post A Ride from Kandahar appeared first on The American Conservative.
Read more

The decision by Victoria means about 40% of Australia's population is under a stay-at-home order.
Read more

Wife of assassinated Haitian president taken to Florida for...

Trump offers to back Katko challenger after impeachment vote

Former President Trump is offering to back a primary challenger to Rep. John Katko (R-N.Y.) after Katko voted to impeach Trump.Trump sent the letter to the chairman of the Onondaga County Conserv...
Read more

Israel-Gaza: How much money does Israel get from the...

Israel gets billions of dollars in US aid - we look at why, and what that money is used for.
Read more

Extreme heat wave and drought continues in the West

Republican attorneys general from 18 states and one Republican governor are asking the Supreme Court to review a lower court ruling that they argue gave the Environmental Protection Agency (EPA) too much power to regulate...
Read more

The question of resettling individuals and families in the U.S. is scrambling the party’s Trump-era consensus on tighter immigration and refugee policy.
Read more

The Department of Justice (DOJ) on Monday asked a court to halt Texas's new abortion ban while its challenge to the state law is appealed.In a filing to the 5th U.S. Circuit Court of Appeals late Monday, the DOJ ar...
Read more

British number two Cameron Norrie is beaten 7-5 6-4 by Dominik Koepfer in the quarter-finals of the Mexican Open.
Read more

Get ready to pay more on some Xiaomi phones...

Xiaomi has stated that increased demand, limited supply and increased logistic charges as the reason behind this second price hike in the last 3 months.
Read more

World number one Novak Djokovic said his win over Rafa Nadal in Friday's epic French Open semi-final was one of the top three matches he had played and he would remember it forever.
Read more

House Democrats call for spending bill to include expansion...

A group of more than 100 House Democrats are urging congressional leaders to include an expansion of the low-income housing tax credit in a forthcoming social-spending package that advances President Biden’s economic agenda.“Now is the time to...
Read more

Saudi Arabia offered Yemen's Houthi rebels a ceasefire Monday as part of a plan that would also allow a major airport to reopen in Yemen's capital.The new initiative comes amid stepped up attacks by the Houthis aga...
Read more

World Magazine’s Mindy Belz on the Plight of Christians...

There are about twelve thousand Christians in Afghanistan and most, if not all, fear for their safety now that U.S Forces have officially pulled out. But even though they’re a small minority, they are a brave lot, who even in the face if an impending Taliban …
Read more

The Dark Side of Skin Lightening

Lighter skin has long been associated with power and privilege, and the use of lightening creams remains pervasive in some parts of the world. Driven by colorism in society and the media, some consumers are now going even further. (Source: Bloomberg)
Read more

The sanctions represent an update to the Hong Kong Autonomy Act.
Read more

Betsi Cadwaladr health board cancels some surgery amid Covid...

It comes after another health board suspended some planned surgery, and another banned visitors.
Read more

It Was All Already Deeply Fake

The digital information environment has long been one where you cannot believe your eyes. The post It Was All Already Deeply Fake appeared first on The American Conservative.
Read more

The agreement comes after 11 days of conflict that left hundreds dead.
Read more

Max Lucado: “You Were Made For This Moment”

The DJI Mini SE is seemingly close to take-off, but what do we know about what's shaping up to be DJI's cheapest drone?
Read more

Senior figures walk out before the new leader speaks, amid anger over the ousting of Arlene Foster.
Read more

Deliveroo targets valuation of up to £8.8bn in share...

The company plans to issue shares on the London Stock Exchange with customers invited to invest.
Read more

I was watching in awe – Konta on Raducanu’s...

France Backtracks on Virus Warning About Spain and Portugal

France’s government attempted to calm fears about holidaying in Spain and Portugal, backtracking on a minister’s warning on Thursday about the rapid spread of the delta variant of Covid-19.
Read more

An event 50 years in the making is now only 50 days away! That’s right, “The World’s Most Magical Celebration” begins on Oct. 1, honoring the 50th anniversary of Walt Disney World Resort.
Read more

Chinese government officials and business leaders are gathered this week on the tropical island province of Hainan for the Boao forum, with discussions expected to encompass topics from digital currencies to carbon neutrality and the economic outlook for a po…
Read more

More than 20 investors have expressed interest in a funding round for Dalian Wanda Group Co.’s commercial property management unit, which could raise about 20 billion yuan ($3.1 billion), according to people familiar with the matter.
Read more

Covid: All adults in Wales to be offered first...

If reached, it means a key target will have been hit six weeks ahead of schedule.
Read more

Canadian Pacific gets procedural OK in bid for US...

Microsoft is in exclusive talks to buy Discord, but it’s PS5 owners who would benefit the most if Sony splashed the cash.
Read more

The Union of European Football Federations (UEFA) has dropped its investigation of German national team captain Manuel Neuer over his wearing a rainbow armband during two games this month at the European championshi...
Read more

President Biden on Tuesday pleaded with Americans to get vaccinated against COVID-19 as the White House signaled a shift toward grassroots tactics to reach those who have yet to get a shot.Biden, who just days earlier hosted more than a thousand...
Read more

The Boltt Ring Bluetooth calling smartwatch launched in India at a special launch price of Rs 4,499 and will be available on Amazon from July 10.
Read more

The Service Employees International Union (SEIU) on Thursday launched $3 million in television ads to demand Congress pass the American Jobs Plan.The union, which is the largest health care union and has two million members, will run the ads in the...
Read more

Iranian President Hassan Rouhani on Saturday said that the highly transmissible delta coronavirus variant could lead to a fifth wave of infections in the country. Rouhani said in remarks d...
Read more

Brood X is gone, but larger cicadas that ‘like...

Officials from a national park in northern Maryland are cautioning residents who were eager to see the disappearance of pesky Brood X cicadas that there are new cicadas on the way....
Read more

The Kremlin says the leaders of Russia, France and Germany had a call to discuss coronavirus vaccines and a slew of international crises, including the situation in eastern Ukraine, Libya, Syria and the Iranian nuclear standoff among other issues
Read more

Bloomberg in op-ed: School reopenings ‘should be priority No....

Former New York Mayor Michael Bloomberg (D) is encouraging education union leaders to commit to bringing students back into the classroom in the fall, contending that reopening schools should be "priority No. 1."...
Read more

U.S. climate envoy John Kerry met with South Korea’s foreign minister in Seoul on Saturday for talks ahead of a virtual climate summit of world leaders called by President Joe Biden for next week
Read more

Giants RB Saquon Barkley should be ready for Week...

Glastonbury Festival site ‘may open for concert and camping’

Organisers are working on plans for a one-off concert and to let people camp on the site this summer.
Read more

At least 9 injured in series of drive by...

Arizona police have a suspect in custody after at least 9 people were injured in a series of what appeared to be drive-by shootings Thursday.
Read more

China says the upper stage of its Long March 5B carrier rocket that launched the core module of its space station will mostly burn up on re-entry, posing little threat to people and property on Earth
Read more

The 40-year-old slice of wedding cake was bought by a buyer from the Middle East.
Read more

Is this the best 55-inch OLED TV out there?

If you’re after a 55-inch 4K TV that really pulls out all the stops, the Panasonic JZ2000 may have you sorted.
Read more

New Port Richey, Fla., bartender Patrica Smith is charged with battery after being caught on surveillance footage dragging an 84-year-old woman out of a bar by her arms. Tammie Fields reports.
Read more

Colorado Parks and Wildlife officials are asking people to avoid fishing along part of the Colorado River due to warmer water...
Read more

“Dancing with the Stars” welcomed Cheryl Burke and Cody Rigsby back to the live stage on Monday after the duo previously had to perform from home due to positive coronavirus tests.
Read more

Ethiopian Ambassador Summoned by Sudan Over Tigray Bodies in...

Sudan summoned Ethiopia’s ambassador to inform him that dozens of bodies have been retrieved from a river close to the two nations’ border.
Read more

Texas GOP Gov. Greg Abbott's approval rating is waning as most Texans say the state is on the "wrong track," according to a poll from ...
Read more

Americans who have been fully vaccinated against COVID-19 will be allowed to visit the European Union this summer, more than a year after nonessential travel was suspended between the U.S. and Europe amid the pandem...
Read more

Detroit Pistons to Tip-Off second half of schedule March...

Samsung Galaxy tablet deals can save you over $200 this weekend