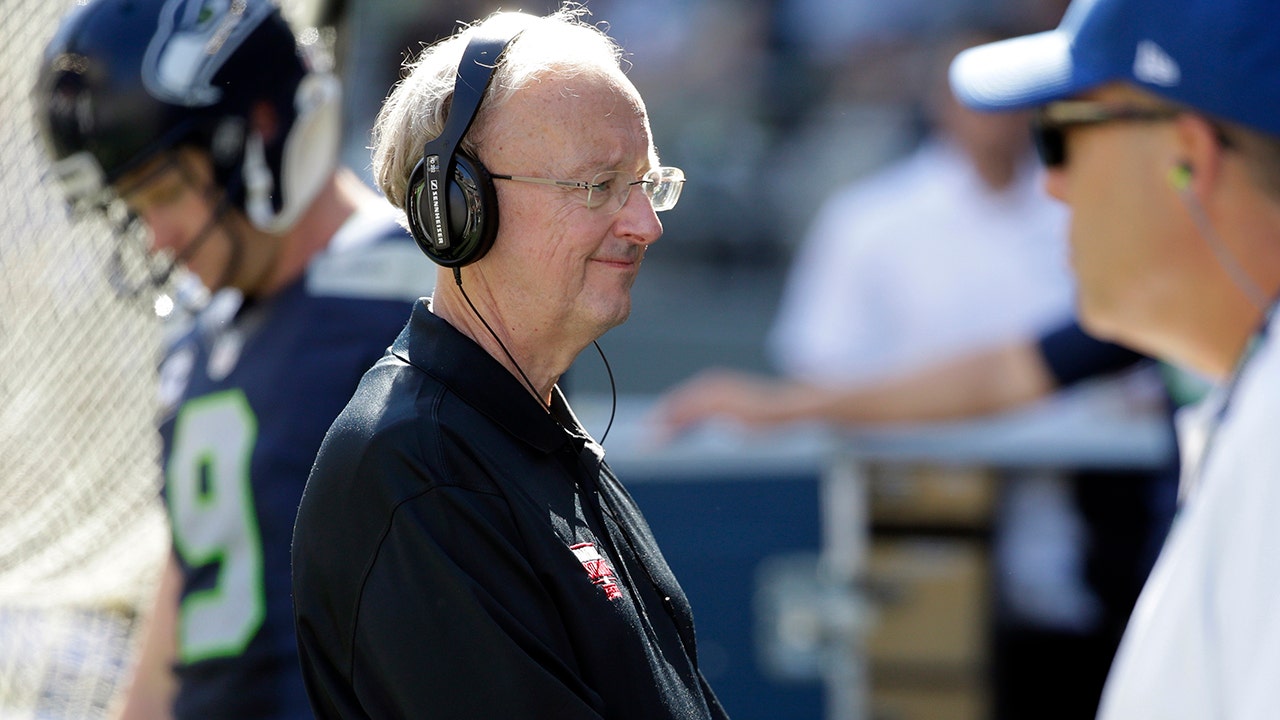 The Seattle Seahawks announced the death for Clayton’s family in a statement. Clayton worked for the team in recent years as a sideline reporter on radio broadcasts.

Nicknamed “The Professor,” Clayton spent more than two decades covering the Pittsburgh Steelers for The Pittsburgh Press and the Seattle Seahawks for The News Tribune in Tacoma. Clayton moved to ESPN in 1995, becoming one of the lead NFL writers for the company. Clayton appeared on TV and radio for ESPN and worked at the company for more than 20 years.

“His wife Pat and sister Amy were at his side and communicated earlier he passed peacefully after a brief illness,” longtime ESPN colleague Chris Mortensen tweeted. “We loved John. We are mourning his loss.”

FILE – John “The Professor” Clayton, an NFL football writer and reporter for ESPN, stands on the sideline during an NFL football game between the Seattle Seahawks and the San Francisco 49ers, Sunday, Sept. 25, 2016, in Seattle. Clayton died Friday, March 18, 2022, following a short illness. He was 67.

Clayton was awarded with what is now known as the Bill Nunn Memorial Award by the Professional Football Writers of America in 2007. The award is presents annually for long and distinguished reporting on football.

“The PFWA mourns the passing of John Clayton. John was the PFWAs 19th president (1999-2000) and the organizations 2007 Bill Nunn Jr. Award recipient,” the organization said in a statement. “The Professor was a friend to so many in our business. Our condolences to his wife Pat, family, colleagues and his many friends.”

Clayton also hosted regular sports radio shows in Seattle for KJR-AM and KIRO-AM throughout his career. Chihuahua found with arrow through neck expected to survive

Hungary’s alliances on the ballot ahead of tight election

Manchester City 2-2 Liverpool: Rivalry is fierce on the...

The best streaming deals at Amazon ahead of Amazon...

Cops at a Forensics School are Learning Witchcraft to...

Tunisian judges extend strike for a third week over...

Aaron Ramsey: What are Rangers getting in Wales and...

President Zelensky is a profile in courage

6 features the iPhone 14 could borrow from Android...

Airman to be sentenced in Arizona in Mennonite woman’s...

Review: A novel becomes a metaphor for race and...

BBC apologises after ‘Manchester United are rubbish’ appears on...

Head of US Marines vows to bolster defense in...

Will government do more sooner on cost of living?