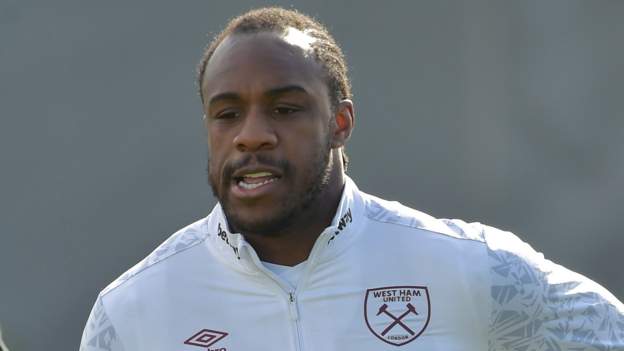 West Ham’s Michail Antonio was not one of the six England-born players called up by Jamaica for the first time, as a 19-man squad to face the USA was named.

Antonio, who was twice named in England squads but did not play, qualifies for Jamaica through his parents.

Watford striker Andre Gray and Reading centre-back Liam Moore are among the half-dozen to receive their first call-ups.

Jamaica’s friendly against the USA will take place on 25 March in Wiener Neustadt, Austria (17:00 GMT).

Travel news: Malta, Austria and Guadeloupe are among the...

How is it nearly July already? With more than half of 2021 already in the rear view mirror, there's good news as more and more destinations either open their borders or loosen their regulations.
Read more

Family of veteran who froze to death after being...

The family of a Wisconsin Army veteran who froze to death after being discharged from a Veterans Affairs hospital will receive $1 million in restitution from the federal government, The Associated Press reports.
Read more

Supreme Court rules in favor of athletes in NCAA...

The 9-0 decision represents a landmark victory for college players and a significant moment in the history of college athletics.
Read more

An ex-royal court chief and a minor royal are jailed for 15 years after being convicted of sedition.
Read more

What is next for the Electoral College?

Electors cast their votes Monday, and Texas put President-elect Donald Trump over the top with 36 of its 38 electors casting votes for him. Some groups opposed to Trump had made a final appeal to electors to defy their state's presidential election voting out…
Read more

Biden urges public to get vaccinated after acknowledging 700K...

President Biden urged the public to get vaccinated on Saturday in a statement acknowledging the United States has surpassed 700,000 deaths related to COVID-19."To heal we must remember, and as our nation mourns the...
Read more

Covid: China hits back as US revisits Wuhan lab...

China accuses the US of "political manipulation" over investigations into the origins of the pandemic.
Read more

Have you ever needed your browser to do something specific? Vivaldi’s endless customizations can probably make it happen.
Read more

Norway earned the bronze medal in Olympic women's handball after thrashing Sweden 36-19 at the Tokyo Games on Sunday.
Read more

The teenager is accused of stabbing Humza Hussain, also 16, in an incident outside a Luton school.
Read more

Crypto Windfalls Are in the Tokens Driving the Digital...

While digital art is having a moment after Beeple’s shocking $69 million sale of a NFT-backed piece earlier this month, copycats hoping to cash in might want to focus on the tokens themselves instead of the collectibles.
Read more

How Free Guy’s delayed release helped pack it with...

Pittsburgh Steelers wide receiver JuJu Smith-Schuster suffered a season-ending shoulder surgery in last Sunday’s game against the Denver Broncos, and he addressed it during his foundation’s luau on Wednesday,
Read more

BBC correspondent Martin Bashir, under investigation for forging documents to win an interview with Princess Diana, is leaving the network for health reasons, the BBC reported Friday."Martin Bashir has stepped down...
Read more

The Biden administration is planning to aggressively expand offshore wind energy capacity in the United States, potentially holding as many as seven new offshore lease sales by 2025.
Read more

The video assistant referee is unable to reverse an offside decision that ruled out a West Brom goal because of the positioning of the camera.
Read more

Alieu Kosiah is the first Liberian to be convicted for acts committed during the country's civil war.
Read more

The Communist Party, which came second in Russia’s parliamentary election this month, has filed multiple lawsuits to contest the results from online voting in Moscow
Read more

Virginia announced that it will be resuming use of the Johnson & Johnson COVID-19 vaccine after federal health authorities agreed on Friday that the benefits outweigh the risks.
Read more

The dress, seen by millions on TV in 1981, is being exhibited at her former Kensington Palace home.
Read more

Pizza chain Dominos has announced the launch of a driverless pizza delivery service in Houston as a test pilot program, according to a report by ...
Read more

Britain’s Raducanu to headline Court One

Facebook sorry for ‘primates’ label on video of Black...

World Magazine’s Mindy Belz on the Plight of Christians...

There are about twelve thousand Christians in Afghanistan and most, if not all, fear for their safety now that U.S Forces have officially pulled out. But even though they’re a small minority, they are a brave lot, who even in the face if an impending Taliban …
Read more

The Turkish economy will grow 5.8% this year and return to a lower trend from 2022 onwards, the International Monetary Fund said on Friday, calling for steps to address high inflation and low reserves.
Read more

Mexico and Canada are at the top of President Joe Biden’s list of countries to eventually receive exports of U.S.-made coronavirus vaccines, according to a U.S. official familiar with the plans.
Read more

Friends have put up the reward for anyone who helps police find former flight attendant Sarm Heslop.
Read more

Prosecutors on Monday accused a man of being a "feared and revered" militia leader behind a campaign of deadly raids in Sudan's Darfur conflict, in the build up to the International Criminal Court's (ICC) first trial linked to the violence.
Read more

Japan’s prime minister say the final decision on lifting the state of emergency in Tokyo will be made in the coming hours after consultations with an expert panel. Pandemic-related restrictions in the Japanese capital have been in place for two months. Bloomb…
Read more

Ken Peng on the Markets (Radio)

Female activists march on Capitol in push for voting...

Women from the Poor People’s Campaign (PPC) and its allies on Monday congregated outside the Supreme Court as part of an effort to ratchet up pressure on Democratic lawmakers to pass legislation on voting rights and other top priorities.The women-...
Read more

After years of deadly fires, PG&E again vows to...

Pacific Gas & Electric's latest CEO is pledging that the future will get “easier” and “brighter.”
Read more

“The broader challenge right now is that that's where the oxygen is," the Michigan Republican said.
Read more

Gov. Andrew Cuomo (D-N.Y.) has filed for retirement benefits days before he leaves the governor's office after resigning over a sexual harassment scandal.
Read more

Pfizer Inc. and BioNTech SE have capacity to make as many as 3 billion doses of their Covid-19 vaccine this year, more than double the amount the partners had predicted less than six months ago.
Read more

The House in a party-line vote on Thursday approved legislation to make Washington, D.C., the 51st state in the nation, sending the bill to the Senate.It's the second time the House has approved such legislation in...
Read more

The Kansas case that could change how rape is...

In a US first, a citizen-convened jury will decide whether a violent encounter warrants rape charges.
Read more

Rep. Liz Cheney vowed Tuesday evening not to remain silent as former President Donald Trump continues to spread lies that the election was stolen from him, striking a defiant tone ahead of an expected vote to remove her from House Republican leadership on Wed…
Read more

Sky’s first TV range is one of the most intriguing concepts we’ve seen, putting the best TV interface in the business into an actual set.
Read more

Linux servers are getting a welcome security upgrade

Carlos Ghosn was ordered to pay nearly 5 million euros ($6.1 million) to a local unit of Nissan Motor Co. by a Dutch court in one of the first rulings in a legal battle between the fallen auto executive and his former employer around the world.
Read more

Georgia Democrat Stacey Abrams on Tuesday tweeted a nearly six-minute video that continued her list of objections to Georgia's new controversial voting law after she was cut off by a GOP senator during a Senate Judi...
Read more

5 Surprising Ways to Help Save the Planet

What do an electronic turtle egg, an Arctic seed bank, and carbon-eating machines have in common? They're helping us be optimistic this Earth Day.
Read more

The Department of Homeland Security began implementing urgent new steps to prevent the spread of the Ebola virus into the United States. U.S. Customs and Border Protection officers met each of the passengers arriving from Guinea, Liberia and Sierra Leone with…
Read more

The mayor of Oakland, California has announced a privately funded program to give low-income families of color $500 a month with no rules on how to spend it
Read more

Boar’s Head earns $1B annually. There’s a feud between...

A court battle is brewing between the two families that control the meat company Boar's Head, which is said to bring in an estimated $1 billion per year....
Read more

Joey Jordison, former drummer of Slipknot, has died at the age of 46.
Read more

One million people have signed up for Affordable Care Act coverage on the federal exchange during the special enrollment period that President Joe Biden launched in mid-February, the administration announced Tuesday.
Read more

With prices soaring, it’s never been so good to be a homeowner and so hard to become one.
Read more

Michigan State will look to avenge last season’s loss against Rutgers on Saturday as the Spartans hope to stay undefeated and make an effort to get to the College Football Playoff.
Read more

Football Focus: Why does women’s football struggle to retain...

Miriam Walker-Khan investigates why the women's game in this country is struggling to attract and retain BAME players, from grassroots teams to the top level.
Read more

Algerians are clamouring for democratic reforms and the weakening the influence of the military.
Read more

As the U.S. economic rebound continues to dazzle, the mood music in the world’s biggest bond market is getting darker.
Read more

The Centers for Disease Control and Prevention, Food and Drug Administration and state and local health agencies are investigating the origin of a rare, multi-state tuberculosis outbreak after more than 100 patients may have been infected during spinal surger…
Read more

Plus: A major hack in Japan, Citizen app run amuck, and more of the week's top security news.
Read more

The Huawei Mate40 Pro, does not shy away from its history showing the strong design aesthetics synonomous with the Mate series.
Read more