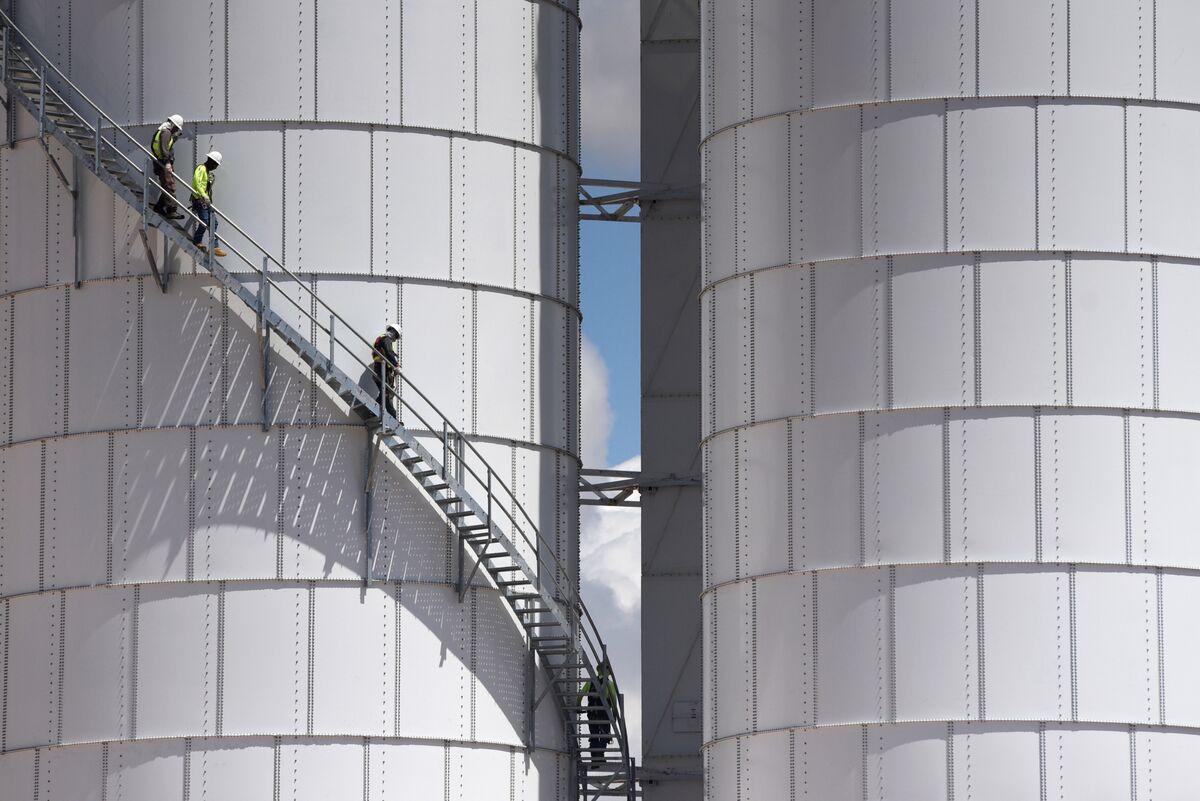 Oil pared gains after the biggest daily surge in 16 months pushed prices back above $100 a barrel.

Futures in New York were trading near $103 after jumping 8.4% on Thursday. Crude has whipsawed this week on conflicting news about progress in negotiations between Russia and Ukraine. The International Energy Agency said Friday that prices could move significantly higher in the coming months, adding that the oil markets are in an emergency that could get worse.

A renewed Covid-19 outbreak in China has compounded the moves, as the country imposes some of its weighiest virus-related restrictions since early 2020. President Xi Jinping

pledged to reduce the economic impact of his Covid-fighting measures, signaling a shift in a longstanding strategy that has minimized fatalities but weighed heavily on the worlds second-largest economy.

West Texas Intermediate crude has swung by more than $16 a barrel this week, the latest sharp fluctuation. Brent has moved by more than $5 in each of the last 16 sessions — a record run. Both benchmarks are headed for a weekly loss.

Russias invasion of Ukraine has fanned inflation, providing a challenge to central banks and governments as they seek to encourage economic growth after the pandemic. The Federal Reserve this week

could slump by about a quarter next month, inflicting the biggest supply shock in decades as buyers shun the nations exports. On Friday, the agency said advanced economies could

curb their oil demand by reducing speed limits and using public transport to ease potential strains on the market.

Should the IEAs warnings prove to be prescient, there is little standing in the way of a hefty supply deficit in the coming months, said Stephen Brennock, an analyst at PVM Oil Associates.

crude is still being treated with extreme caution by buyers worried about damage to their reputation or falling foul of sanctions. Since the invasion of Ukraine, the lions share of oil refining companies across Europe have said they will scale back

diesel, partly because Russia is a major exporter to the rest of Europe. Open interest — the number of contracts outstanding in Europes main diesel contract — has fallen by more than half from its high last year, as traders take fright at the volatility. German court to rule in row over funding for...

IG mulls probe into whether FBI retaliated against agents...

The Elk Live Bridge Lets You Jam Together Online

Letters sent to García Márquez to be shown in...

Ziggy Stardust: Hang on to yourself

How to Use the Emergency SOS Feature on Your...

Ian has dropped from a hurricane to a post-tropical...

Hiker still missing after she was stranded by torrential...

Hollie Davidson to be first female to referee Six...

Rugby World Cup: Natasha Hunt to miss out on...

Ukraine has hobbled Russia’s Black Sea Fleet. Could it...

The biggest risk the Oscars are taking

A Tory Rebel’s Search for the Middle Way

Zoophilia: The Last Taboo Will Fall

Top US diplomat to pay Abe condolence visit to...

FIFA 22 could headline PS Plus free games for...

Your Weekend Reading: Fed Rate-Hike Plan Comes With a...

Do People Still Work at and Live Near Three...

Moderna completes FDA submission for use of COVID shot...

Covid in Scotland: New record as one in 14 had virus last...
Rangers draw Sporting Braga in Europa League