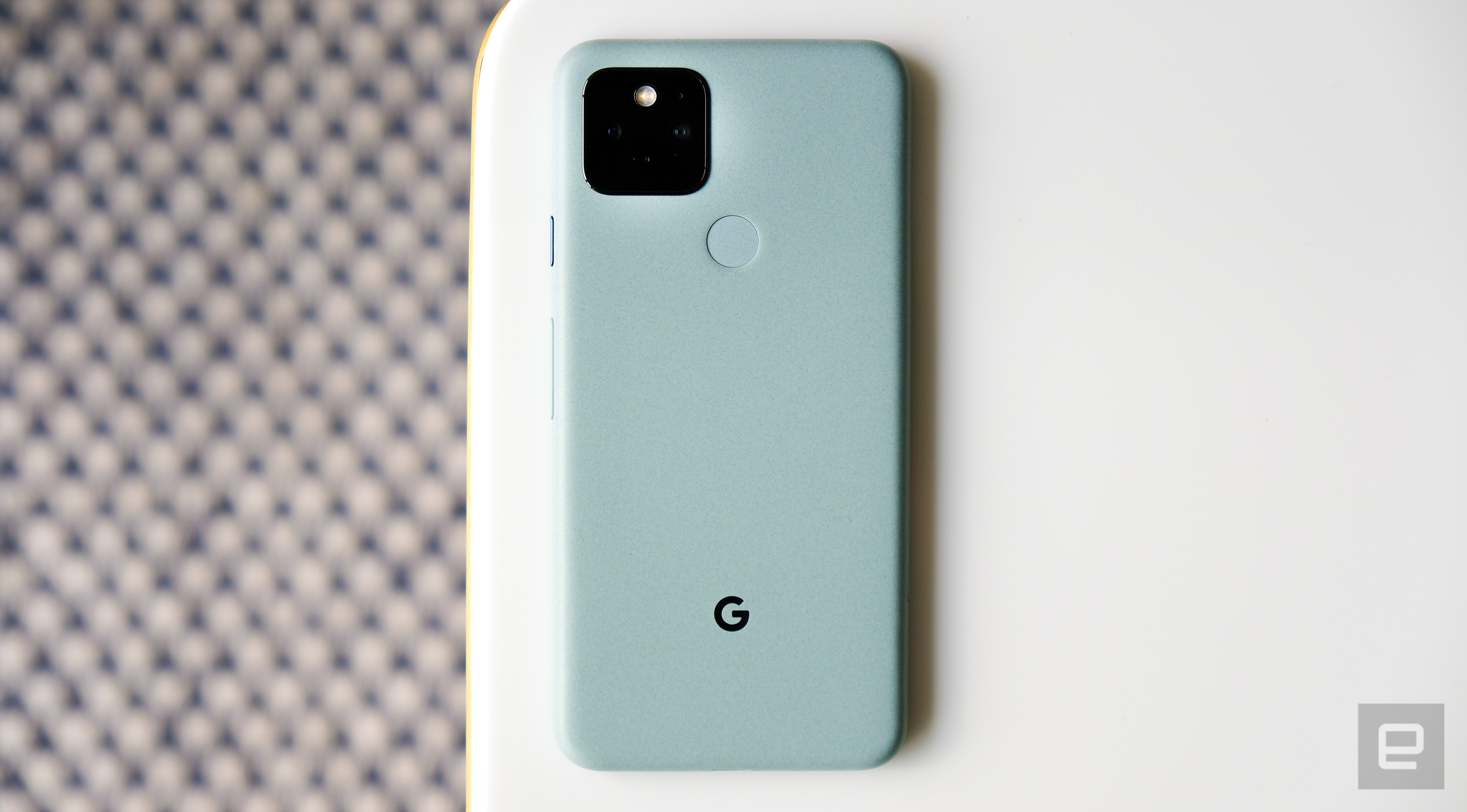 , offering a peek at more features that are coming to devices later this year. Among them are more secure lock screen notifications. Developers can set up notifications so that they always need authentication. For instance, a messaging app could always require you to confirm your identity before letting you delete a message or mark it as read from the lock screen.

(PIP) should transition to that mode more smoothly when you swipe up to access the home screen. Other PIP improvements include better window resizing for non-video content, stashing the PIP panel into the side of the screen (akin to iOS

) and double tapping to toggle the window size.

The preview includes APIs that will allow developers to wake up relevant apps when your phone or tablet is close to a connected device, such as a smartwatch or fitness tracker. Android 12 will offer improved support for rounded corners in apps, which is a positive move given that more manufacturers (including Google

) are adopting that look for device screens. Meanwhile, the preview will make it easier for developers to include blurs, color filters and other effects.

Google is aiming to achieve Platform Stability status (i.e. a stable beta where most of the under-the-hood tech has been finalized) in August. That will give developers at least a few weeks to test their apps in what should be a polished version of Android 12 before Google releases the OS publicly. Opinion | Where MLK’s Vision Is Starting to Be...

Martin Luther King Jr.’s vision of a racially integrated America might still be far off. But some cities are finally atoning for past racial sins and enacting policies to dismantle segregation.
Read more

Just months after Trader Joe's increased its special COVID-19 bonus pay for employees, the grocery chain is now looking to slash it by half, ...
Read more

Former congressman says GOP must stand up to Trump

Former Republican congressman David Jolly recently wrote an article for The Hill urging the GOP to stand up to President Trump "as they should." He joins CBSN to discuss the issue.
Read more

SoundHound to Go Public Through Merger With Archimedes SPAC

Most research evidence suggests that spending new dollars on teaching capacity or supports and services is more effective at raising degree attainment than simply reducing or eliminating tuition; doubling the value of Pell grants would also be better targeted…
Read more

While St. Patrick's Day parties may be inevitable, infections are not. Here's what you should know before you think about toasting green beer with strangers:
Read more

House Majority Whip James Clyburn (D-S.C.) announced on Wednesday evening that he tested positive for COVID-19 in a breakthrough case of the virus."Tonight, I received a positive COVID-19 diagnos...
Read more

The cost of speaking up against China

Uyghurs abroad describe a pattern of harassment and intimidation they say is designed to silence them.
Read more

Germany’s first female chancellor, Angela Merkel, is standing down after 16 years in office. This matters because a major figure is exiting the global stage. She has worked with four US presidents and been at the centre of European and global politics. As Ger…
Read more

Austin Nola homered, doubled and drove in a career-high six runs, and Tommy Pham and rookie Kim Ha-seong also connected off Adam Wainwright to lead the San Diego Padres to a 13-3 laugher against the St. Louis Cardinals on Saturday night.
Read more

Governor-to-be, Incoming Governor Governor-ish? Whatever your preferred title for Lt. Gov. Kathy Hochul for the next 8 days, shes jumped right in to...
Read more

Arsenal: Kieran Tierney close to return after ‘working like...

Arsenal manager Mikel Arteta says Scotland defender Kieran Tierney is close to returning from injury earlier than expected after fears his season was over.
Read more

Montana town of grizzly attack a popular stop for...

The bullet in question is called the M855 green tip. Paired with an automatic weapon, it can shoot through a bulletproof vest. Hunters and sportsmen oppose the ban, saying it is their Second Amendment right to own it.
Read more

We meet those in the England stars' hometowns who hope the boys can bring football home - literally.
Read more

Odell Beckham Jr scores the first play-off touchdown of his career to set the Los Angeles Rams on course for a 34-11 win over the Arizona Cardinals.
Read more

The rollout of C-band 5G could potentially lead to delays, diversions and cancellations for airplanes across the US.
Read more

Moderna’s CEO on the Fight Over the Covid-19 Vaccine’s...

The roadblocks to getting the Covid-19 vaccine into poorer countries is partially down to a contentious patent dispute.
Read more

Conor McGregor came after Dustin Poirier’s wife in their UFC 264 press conference Thursday night and went even further on social media as the bad blood between the two appeared to get worse.
Read more

All 24 female U.S. senators signed a letter to President Biden urging him to develop a plan to preserve the basic human rights of women and girls in Afghanistan."Lacking a legitimate Afghan government and military...
Read more

For Dave Grohl, what drives musicians is more than...

Essence features Simone Biles, Lizzo and Nikole Hannah-Jones on three versions of the cover of the latest issue. Naming this the "year of radical self-care," the covers, and the features within, share the importance of Black women advocating for their mental …
Read more

The Metaverse Gives China a New Digital Playground to...

Life in the metaverse could be subject to new kinds of government control. But first…
Read more

Salvadorans trying to pay for a cup of coffee or receive money sent from relatives in the United States using the cryptocurrency bitcoin continued struggling to perform transactions, a day after El Salvador made it legal tender
Read more

Ereader and digital note taker – the Kobo Elipsa is a multitasker, but is it worth the hefty price tag?
Read more

Letitia James announces she will run for New York...

Vice President Kamala Harris made a joke about green electricity during her commencement speech at the U.S. Naval Academy in Annapolis Friday.
Read more

NASA’s Mars helicopter survives 1st night on its own,...

NASA confirmed Monday that its Ingenuity helicopter had survived its first night alone on the frigid surface of Mars.
Read more

President Joe Biden and first lady Jill Biden announced on Twitter this Saturday that their dog, Champ, has died. The 13-year-old was the older of their two German Shepherds.
Read more

Texas schools won’t be required to do COVID-19 contact...

Texas schools won't be required to do contact tracing for positive coronavirus tests, according to a new state guidance.Under the two-page guidance fro...
Read more

Employee shortages: Where have all the workers gone?

From hospitality to road haulage, firms say they can't get staff. So are employees now calling the shots?
Read more

Lebanon agrees to pay World Bank loan to the...

Lebanon’s government has agreed to pay tens of thousands of poor families cash assistance in U.S. dollars from a World Bank loan as the country’s economic crisis deepens
Read more

These Electric Motorcycles Are Set to Take Charge in...

After years of underpowered toys, the EV market for motorcycles is surging with exciting new possibilities.
Read more

Ryan Roberts tried to endanger the life of a police officer during the Bristol disorder, jurors say.
Read more

Haaland wage demands could price out Real Madrid and...

Barca and Real may be priced out of Haaland move, Man Utd to step up Milenkovic interest, West Ham want Nketiah, plus more.
Read more

We’re continuing our special “Everything 50th” series today with an exciting look at new EARidescent magic to discover at Disney Springs during the 50th anniversary celebration of Walt Disney World Resort.
Read more

An Italian judge has issued an international arrest warrant for the Israeli grandfather of a 6-year-old boy who survived a cable car crash in Italy, after the man spirited the child to Israel in violation of an Italian juvenile court order
Read more

Former Goldman Sachs CEO Lloyd Blankfein broke his yearlong silence on Twitter to weigh in on the passage of the bipartisan infrastructure bill."Progressives blinked," Blankfein said in his first...
Read more

The two marines are accused of killing two fishermen off the coast of India's Kerala state in 2012.
Read more

Lawmakers say the Space Force needs it. But the White House says no way.
Read more

Poland's parliament passed legislation on Thursday that human rights advocates say aims to legalize pushbacks of migrants across its borders in breach of the country's commitments under international law.
Read more

Indian princes were often stereotyped as lazy hedonists, but they were serious political figures.
Read more

Former Federal Reserve Vice Chairman Donald Kohn voiced concern on Tuesday that the U.S. central bank is not well-positioned to deal with a rising threat of faster inflation.
Read more

A retired Louisville police officer lost a court case arguing he shouldn't have been sanctioned for using the epithet when two Black men also said it.
Read more

GTA Trilogy gameplay has leaked, and it looks even...

Gameplay for the GTA Trilogy remasters has been leaked online just a day ahead of release.
Read more

Delivery Hero (DHER.DE) on Thursday adjusted its 2021 revenue outlook to the upper end of a previously disclosed forecast, in a sign that the German online takeaway food company is benefi…
Read more

Microsoft Teams will make it easier to learn new...

Domestic extremists are adapting their online strategies to push disinformation and conspiracies despite a crackdown by social media platforms in the year since the attack by a pro-Trump mob on the Capitol.Online e...
Read more

University of Virginia disenrolls 238 students who did not...

The university is requiring all students, faculty and staff to get vaccinated before returning to its Charlottesville campus unless they have a medical or religious exemption.
Read more

Iranian-British Aid Worker Sentenced to Another Year in Prison,...

Dubai, United Arab Emirates (AP) -- An Iranian-British woman long held in Tehran has been sentenced to another year in prison, her lawyer said Monday, drawing immediate criticism from Britain in the high profile case that has prompted international condemnati…
Read more

England's Jos Buttler takes a diving catch off the bowling of Stuart Broad to remove Marcus Harris in the first session of the second Ashes Test in Adelaide.
Read more

Forget FLoC – the way forward is to ask...

How the removal of third-party data and the introduction of FLoC will change the landscape of data privacy.
Read more

Without ‘right to repair,’ businesses lose time and money

As software and other technologies get infused in more and more products, manufacturers are increasingly making those products difficult to repair, potentially costing business owners time and money
Read more

Another coronavirus side effect: Many kids head to summer...

Across the U.S., more children than ever before could be in classrooms for summer school this year to make up for lost learning during the outbreak, which caused monumental disruptions in education. School districts nationwide are expanding their summer progr…
Read more

Once-endangered alligators are thriving in the wild, so Louisiana authorities are proposing another cut in the percentage that farmers must return to marshes where their eggs were laid
Read more