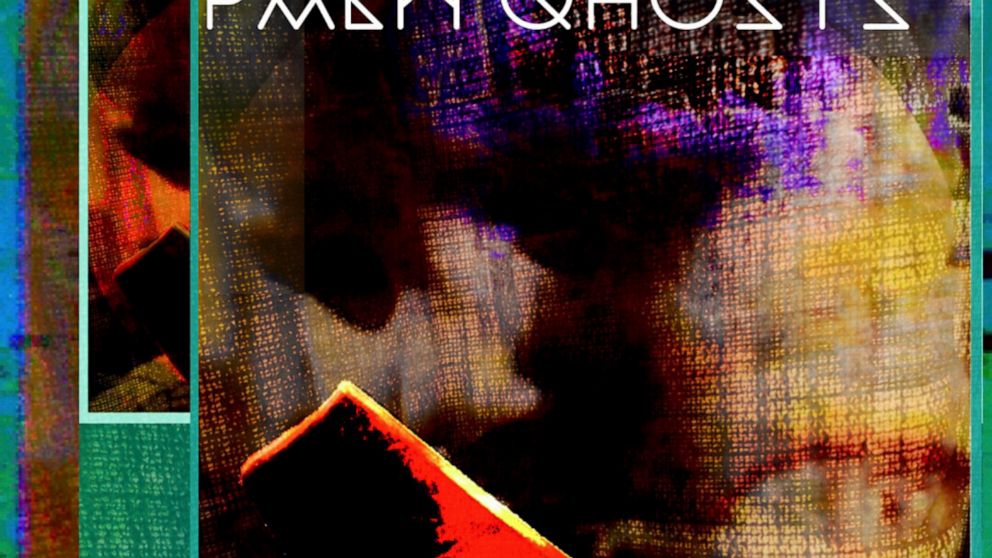 If ever there was a need for some good dystopian pop, 2021 is the year. And thankfully Palm Ghosts heard the call.

If Palm Ghosts in the past veered from sounding like The Psychedelic Furs to Bob Mould with a dash of chilly paranoia from The National, this time theyre charting a distinct, coherent sound, albeit in heavy debt to 80s new wave.

Blind is an electric jolt of political frustration, The Kids is a moody gem and The Dead Inside sounds as if Joy Division and Depeche Mode had a spiky little baby (dressed in a black onesie, naturally). The Perfect Tool is a dance song for Goths in Dr. Martens and Revelation Engines attacks political fanatics like the best Siouxsie and the Banshees track.

Singer and bassist Joseph Lekkas has never sounded clearer or more urgent, Jason Springmans guitar is jangly and spicy, and returning drummer Walt Epting has created complex foundations for each song, biting into his kit in an almost tribal way. Guitarist and keyboardist Benjamin Douglas lyrics are sly and slightly unhinged. Some songs were stitched together with Lekkas in Nashville and Epting in New Jersey.

Carry the World, a very Psychedelic Furs-like track, is the most safe tune on the album, but the title song is the band’s most ambitious a prog-alt-rock overstuffed beauty pushed by an addictive drum beat.

If Palm Ghosts before owed much of their sound to the past, they’ve broken out with Lifeboat Candidate, an album charting a course that’s both comforting yet dangerous. Or as Lekkas sings, Safe as a gun under your pillow.

Mark Kennedy is at http://twitter.com/KennedyTwits Femicide: Novelist Shafak on the Explosion of Domestic Violence

Temple U in Philadelphia toughening up face-covering rules, effective Monday

Goldman Sees Risk Fed Will Tighten at Every Meeting From March

An In-N-Out restaurant in Contra Costa County has been shut down for violating the county's coronavirus vaccine mandate.Health officials closed the restaurant Tuesday after it would ...
Read more

Enthusiasm for the Beijing 2022 Winter Olympics is building in China, with people clamoring for spots as volunteer workers -- even as restrictions tighten amid an ongoing Covid-19 outbreak.
Read more

Boris Johnson does not rule out triggering Article 16 if there is no movement on current problems.
Read more

More pupils out of school as Covid disruption rises

China’s Policy Pivot Has Traders Wondering How Far It...

As Chinese economic policy makers shift toward easing mode, the question on traders’ minds is how far the government is prepared to go.
Read more

The battle over school boards is a disaster for...

Local school boards could well be a significant force in the 2021 and 2022 elections.
Read more

Red Bull's Max Verstappen sets the pace from the Mercedes of Valtteri Bottas and Lewis Hamilton in second practice at the French Grand Prix.
Read more

A police officer, who was first to arrive at the scene of Black jogger Ahmaud Arbery's killing, said on Monday a man charged with Arbery's murder "cornered" the 25-year-old before he was fa...
Read more

Noise-cancelling headphones deals: listen in peace without the high...

Baseball has another name to add to the history books: Rachel Balkovec. This week, the New York Yankees introduced Balkovec as the manager of their Single A squad, the Tampa Tarpons, making her the first woman to hold the position with a major league affiliat…
Read more

Katelyn Van Dyke was on winter break in January, visiting her boyfriend's family, when she got sick with Covid-19.
Read more

Abbott calls for Texas legislature to increase penalty for...

A team tracking the flights of four Tule geese from Alaska to California documented how the birds changed course in response to dense smoke.
Read more

How Leicester sub Ademola Lookman made a big impact...

Match of the Day pundit Danny Murphy talks through the impact Leicester substitute Ademola Lookman made to turn the game around and secure a 1-0 victory over Liverpool.
Read more

Afghan interpreter who worked for UK begs PM for...

An Afghan interpreter who worked for the British army has begged the UK government to evacuate him and his family from Afghanistan.
Read more

County Championship: Essex edge ahead of Warwickshire but draw...

The death toll from Saturday's earthquake in Nepal has reached above 4,000, as searchers continue to look for victims and survivors in smaller towns and villages outside the capital of Kathmandu. Heavy rain is making conditions harder for survivors and rescue…
Read more

Presented by Uber Driver Stories State lawmakers are stepping in to restore New Yorkers right to buy a drink without a bag of chips....
Read more

Prosecutors are asking a judge to give Derek Chauvin a penalty that’s more severe than state guidelines call for when he is sentenced in June for George Floyd;s death
Read more

Government cybersecurity leaders from the United States and over 30 countries on Thursday formally recognized ransomware attacks as an "escalating global security threat,” and pledged greater cooperation and diplomacy in fighting against these...
Read more

Brazil has become the second country in the world to top 400,000 COVID-19 deaths despite some recent signs of containment of the virus
Read more

Bolsonaro’s record on Amazon sparks accusations of crimes against...

A group of climate lawyers is calling on the International Criminal Court (ICC) to investigate Brazilian President Jair Bolsonaro for alleged attacks on the Amazon, which they argue amount to "crimes against humanity", as...
Read more

U.S. Customs and Border patrol officials seized a record amount of fentanyl and other synthetic opioids in the fiscal year that ends tonight. Most of the illegal packages were found in the mailroom at New York's JFK Airport. Tony Dokoupil reports.
Read more

The case has brought renewed attention to the Jeffrey Epstein scandals.
Read more

ESPN is replacing Rachel Nichols as its main sideline reporter for the NBA Finals beginning Tuesday after behind-the-scenes remarks by the longtime reporter and television personality sparked a huge controversy insi...
Read more

The warring factions of the Democratic Party are digging in on their competing positions surrounding President Biden's domestic agenda, raising the prospect that a bipartisan infrastructure bill will fail if it hits the H...
Read more

The Alienware Aurora R12 with an RTX 3080 might be your best bet for getting a gaming PC on Prime Day.
Read more

Who will Tyson Fury fight next? Plus Anthony Joshua to announce his new trainer and Floyd Mayweather eyes another lucrative exhibition bout.
Read more

Some Afghans Wanted By Taliban Hide Underground Amid Uncertainty...

"We plan to go to a safe place but it's not clear what we will see in the future. We are seeking help from NGOs to get us out," a former Afghan governor said.
Read more

The Biden administration on Tuesday announced it would end workplace raids.
Read more

Conservation groups are offering nearly $43,000 for any information on wolves that were poisoned in Oregon this year. Wolves of the Rockies, Trap Free Montana, The 06 Legacy Project, Greater Hell...
Read more

Twelve of Venezuela's players and coaching staff test positive for Covid-19 a day before their Copa America opener against hosts Brazil.
Read more

For a limited time only, you can get a one-on-one free introductory session with Fujifilm Australia when you purchase the GFX100S.
Read more

Pop super star Lady Gaga said that she had a "total psychotic break" after she was raped at 19.During an interview on P...
Read more

The best OLED TVs could get even brighter –...

Researchers at the University of Michigan may have cracked OLED's brightness problem, with a new electrode that can "liberate" 20% more light.
Read more

On The Money — Manchin slams brakes on Biden...

Manchin slams brakes on Biden spending pushHappy Monday and welcome to On The Money, your nightly guide to everything affecting your bills, bank account and bottom line. ...
Read more

Sen. Bernie Sanders says he and President Joe Biden are on the same page over a “transformative” infrastructure package
Read more

Family ‘in Shock’ After Man Accused of Impregnating, Running...

The girl's mother told WRAL that she had been in a relationship with the man for four years prior to the incident, but was not aware that her daughter was being abused.
Read more

If you've been searching for an amazing PS5 SSD deal, you won't want to miss this sensational offer from Amazon.
Read more

Trooping the Colour: Scaled back celebration for Queen’s official...

The event will be held at Windsor Castle for the second year running due to the Covid-19 pandemic.
Read more

Others recognised include pandemic heroes and an NHS boss who worked her way up from receptionist.
Read more

A bipartisan group of House lawmakers introduced a bill Wednesday to remove the decision to prosecute serious crimes from the chain of command, the latest step in a march toward a major change to the military justice syst...
Read more

HIGHLIGHTS: THROW IT UP THERE for Jaxson Hayes

HIGHLIGHTS: THROW IT UP THERE for Jaxson Hayes
Read more

US doses arrive as Nepal struggles to vaccinate population

A shipment of 1.5 million doses of Johnson and Johnson vaccine donated by the United States has arrived in Nepal, which is struggling to inoculate its population against the coronavirus
Read more

The White House is mounting an all-out effort to sell the bipartisan infrastructure deal President Biden and a group of senators agreed to last week, deploying top administration officials to states and engaging lawmakers...
Read more

Starlin Castro went 3 for 4 with three RBIs and delivered a go-ahead, two-run single in the ninth to propel the Washington Nationals to a wild 13-12 comeback win over the host Philadelphia Phillies on Wednesday afternoon.
Read more

A Republican Wyoming state senator who's running against US Rep. Liz Cheney for her House seat told a local newspaper he impregnated a 14-year-old girl when he was 18-years-old after he referenced the incident during a Facebook Live stream.
Read more

Be Our Guest! Cast Members Win a Tasty Tour...

Did you know that every food & beverage offering at Walt Disney World Resort is dreamed up in the same place? At the Flavor Lab, a small kitchen tucked away from the hustle and bustle of our theme parks and resorts, Walt Disney World chefs gather together to …
Read more

Australia batter Beth Mooney will miss the Women's Ashes against England after sustaining a fractured jaw in training.
Read more

Swansea Bay health board said a "small" number of cases of the variant of concern had been confirmed.
Read more

Crypto’s Shadow Currency Surges Past Deposits of Most U.S....

Montana Gov. Greg Gianforte (R) has mobilized the National Guard to assist with the response to the state's wildfires.Gianforte ...
Read more

The Biden administration on Thursday announced a multi-pronged effort to improve worker recruitment and retention in the trucking industry, citing it as a way to improve the national supply chain for the long-term....
Read more

The total number of coronavirus-linked deaths in NI since the start of the pandemic is 2,565.
Read more

Katie Pavlich On Rise In Violent Crime In Washington...

Traders Have Stopped Bidding up SPACS on Debut Day (Radio)