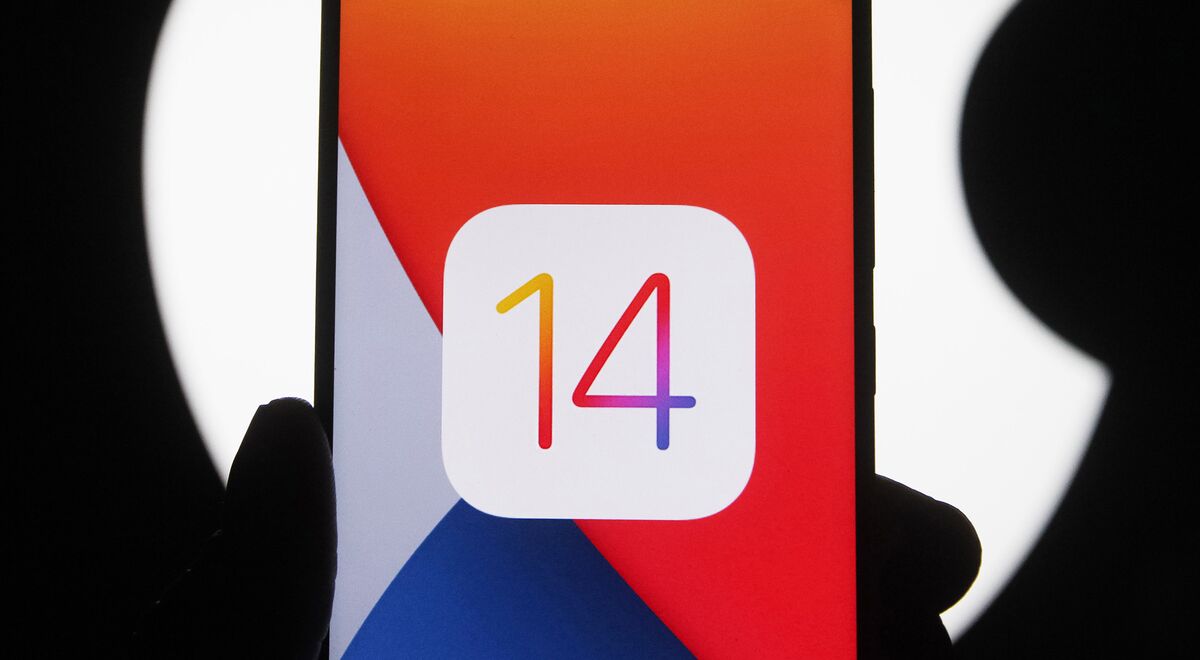 The investigation will look closely at whether Apple applied less stringent rules to itself than to other services as it makes privacy changes to curb online tracking in its forthcoming iOS 14 software update, the authoritys chief, Isabelle de Silva told reporters at a Paris press conference on Wednesday. The case shows the need for fast antitrust action into technical issues, she said, promising a final ruling by early 2022 at the latest.

regulators in recent months as both Apple and Google roll out initiatives to curb user tracking which they say will improve personal privacy. Advertisers complain that losing the ability to track how ads prompt purchases will

devastate revenue and give more control to online platforms.

Regulators didnt back advertisers call for so-called interim measures that could have prevented Apple from rolling out the update this year.

plans for users to tick a box to consent to data collection for its so-called identification for advertisers, or IDFA service on the iOS 14 software release due this year. App developers have historically used IDFA to help target users with ads and track the performance of ads across different devices.

The French authority said that Apples rules themselves dont appear unfair but that officials still want to examine how Apple applies them. De Silva said getting the users to tick a box to grant consent wasnt immediately deemed to be unfair.

Apple is grateful to the authority for recognizing that app tracking transparency in iOS 14 is in the best interest of French iOS users, the company said in a statement. We look forward to further engagement with regulators on user privacy and competition.

With assistance by Stephanie Bodoni It's hard for me to think of Jussie Smollett without thinking of Amy Cooper. They each did something horrifically stupid and dangerous, echoing the worst of this country's racial history for their own selfish reasons, writes Issac Bailey.
Read more

With each of these Amazon Father's Day gifts ringing up at $25 or less, you'll also make Dad proud by sticking to a budget.
Read more

An overwhelming majority of vaccinated Americans blames those who are unvaccinated for a recent spike in coronavirus cases nationwide, according to a new poll.Approximately four out of five vaccinated respondents,...
Read more

A stretch of prime Southern California beachfront real estate can now be returned to the descendants of its rightful Black owners, nearly a century after the parcel was taken by the city of Manhattan Beach.
Read more

Netflix is finally moving ahead with Russian Doll season...

A new IRS tool will help millions of low-income Americans file for their 2021 child tax credit. The monthly payments will begin July 15 and extend through the year. While Democrats are trying to make the current payments permanent, Republicans are looking to …
Read more

Lost child found after 2 nights in the Italian...

The House select committee investigating the January 6 Capitol Hill riot is working toward a goal of releasing an interim report with initial findings by the summer, a committee aide told CNN, and that a final report would follow in fall 2022.
Read more

Boris Johnson Gets the AstraZeneca Vaccine

U.K. Prime Minister Boris Johnson speaks to the press after getting his first dose of the Oxford-AstraZeneca Covid-19 vaccine at London’s St Thomas’ Hospital today. Countries across Europe have resume vaccinations after European Medicines Agency said the shot…
Read more

New research from the Centers for Disease Control and Prevention shows that as of July, unvaccinated people were 10 times more likely to be hospitalized for COVID-19 and 11 times more like to die of it than people who got the vaccine. CDC Director Dr. Rochell…
Read more

Cloudflare is launching into the cloud storage market

The Minnesota Twins showed their belief in right-handed pitcher Randy Dobnak, signing him to a five-year contract extension worth $9.25 million Monday.
Read more

Joy Williams is still thinking about ecoterrorism. The post Care to Death appeared first on The American Conservative.
Read more

The 9 most important days of Biden’s presidency

In a new memo, obtained by POLITICO, the Center for American Progress said the economic recovery would leave women behind if only an infrastructure bill was passed.
Read more

AstraZeneca Plc’s Covid-19 antibody cocktail was more than 80% successful at both preventing symptomatic disease and stopping the virus from worsening, adding to the already strong results from its trials.
Read more

The head teacher thought the story of the 120-year-old skeleton was a myth - until it turned up.
Read more

Covid: Delay of third jabs for most vulnerable criticised

Charities say they have been inundated with calls from worried immunosuppressed people.
Read more

New York City Mayor Eric Adams called 911 to report an assault he witnessed on his first day on the job.
Read more

After months of delays thanks to the chip shortage, Final Fantasy XIV will be getting much-needed server upgrades and more.
Read more

Public schools see massive drop in enrollment due to...

Nationwide, it is estimated that up to 3 million children stopped attending school or online classes after the pandemic shutdowns last year.
Read more

How to recreate any DSLR photography effect with your...

The debut of skateboarding at the Tokyo Olympics will be yet another sign that an activity once embraced as a symbol of counter-culture has firmly joined the mainstream.
Read more

And Glenn Youngkin and Terry McAuliffe race to the finish line in Virginia.
Read more

ANother rumor suggests an Apple Event is coming in October that will showcase the new M1X chip and the MacBook Pro (2021).
Read more

Every day that we waste not working to provide an environment conducive to the innovation and risk taking needed to win the future is another day that a new project leaves our shores and incorporates elsewhere.
Read more

Oculus Go gets a power boost a year after...

Virginia wide receiver Dontayvion Wicks made one of the most ridiculous touchdown catches in college football this season on Thursday night in an ACC matchup against Miami.
Read more

Popovich: ‘Patty gave us that energy, he played great...

David Crosby gets by with a little help from his friends, including Donald Fagen of Steely Dan and former Doobie Brother Michael McDonald, on “For Free,” a deeply felt, and expertly conceived album that drops just shy of Croz’s 80th birthday
Read more

Met Police dog ‘lucky to be alive’ after being...

Kaiser was stabbed in the head five times when responding to reports of a home intruder in south London.
Read more

One ‘Aspired’ Spark Leads Disney Cast Member to a...

Growing up in southern California, Noah Shumway experienced the wonder of Disney Parks at a young age. From the first time he stepped through the gates of Disneyland, Noah knew he wanted to be part of the magic. After graduating with his bachelor’s degree, No…
Read more

$2,500 reward offered for information on whereabouts of 20-year-old...

Noah Kerridge, 20, of Waterford Township, Michigan, was last seen leaving the apartment complex where he lived with his father around 4:50 p.m. on April 19, 2021. He told his father he was going for a walk, but never returned. His cell phone is off and he has…
Read more

AQ Khan is considered a national hero but was also called "the greatest nuclear proliferator of all time".
Read more

Outriders patch is here early – at least on...

Patch is a ‘little delayed’ for Xbox, and there’s no news on what’s happening with Google Stadia.
Read more

The upcoming Spider-Man villain movie Morbius won't be part of the MCU, despite reports to the contrary.
Read more

The organiser of the four-day event says "it's a dream come true" it has been able to go ahead.
Read more

Microsoft says Azure users will have to patch these...

Microsoft has issued patches for the easily exploitable vulnerabilities, but left it upon users to patch their vulnerable Azure instances.
Read more

Hi everyone, it’s Tae on the Bloomberg Opinion team. I have questions for Activision Blizzard after playing the latest Call of Duty demo, but first…
Read more

Flow measures for the S&P 500 Index signal that the psychology of buying the dip in U.S. equities is fraying, according to JPMorgan Chase & Co. strategists.
Read more

Rep. Brendan Boyle (D-Pa.) announced on Friday that he will forgo a bid for an open and highly-contested Pennsylvania Senate seat.The Philadelphia-area congressman had been mulling a potential bid for months to fil...
Read more

CEO says Daimler committed to EVs, but talk should...

Daimler CEO Ola Källenius reportedly says that while his company, which owns Mercedes-Benz, is committed to phasing out fossil fuel-emitting cars, he does not believe in all-around bans....
Read more

The Voice: Grace Holden tells of opening up about...

Grace Holden found talking about her mum's death hard - until she opened up about it on The Voice.
Read more

A New York couple is relieved to be home after they were stuck in St. Martin when Hurricane Irma devastated the island. CBS New York's Ali Bauman has their story.
Read more

BBC Sport looks at the story of Group B so far before the final round of group-stage matches at Euro 2020.
Read more

A Cautionary Tale of the Finnish Civil War

The Finns learned the hard way that the left will not stop voluntarily. The post A Cautionary Tale of the Finnish Civil War appeared first on The American Conservative.
Read more

This Alexa-enabled smart ring light from GE is on...

As impressive as Amazon’s Alexa technology is, the best way to utilize it isn’t always clear. Sure, you can get it to tell you the weather, play music and set alarms, but that’s just scratching the surface of what this AI is truly capable of. And if you never…
Read more

Jadon Sancho: Is right or left wing his best...

What clues does Jadon Sancho's Borussia Dortmund career give us about how he will fit in at Manchester United?
Read more

Tottenham's preparations for their pre-Christmas fixtures are disrupted by a coronavirus outbreak.
Read more

The crash occurred while officers in a Road Ranger truck were clearing debris from a previous incident off of the road.
Read more

Howard University President Wayne A.I. Frederick is calling for students to end their weeks-long occupation of the school's student center. "There may be areas where we agree to disagree. That's ...
Read more

Presented by Petland Good Monday morning, Illinois. Pour a cup and get comfy because weve got a lot to cover redistricting, an FOP-mayoral feud,...
Read more

Japan Must Work With TSMC to Build Chip Base,...

Japan can’t build a cutting-edge chip development and manufacturing base on its own, and must seek to cooperate with Taiwan Semiconductor Manufacturing Co., according to Akira Amari, a senior member of the ruling Liberal Democratic Party.
Read more

Vaccine deserts: Some countries have no COVID-19 jabs at...

While the world's wealthier nations have stockpiled coronavirus vaccines for their citizens, many other poorer countries are still scrambling to secure doses
Read more

The women is one of dozens of expected witnesses who will testify at a U.K. tribunal investigating possible genocide against China's Uyghurs.
Read more

European Gas Is a Long Way From Tackling Methane Leaks