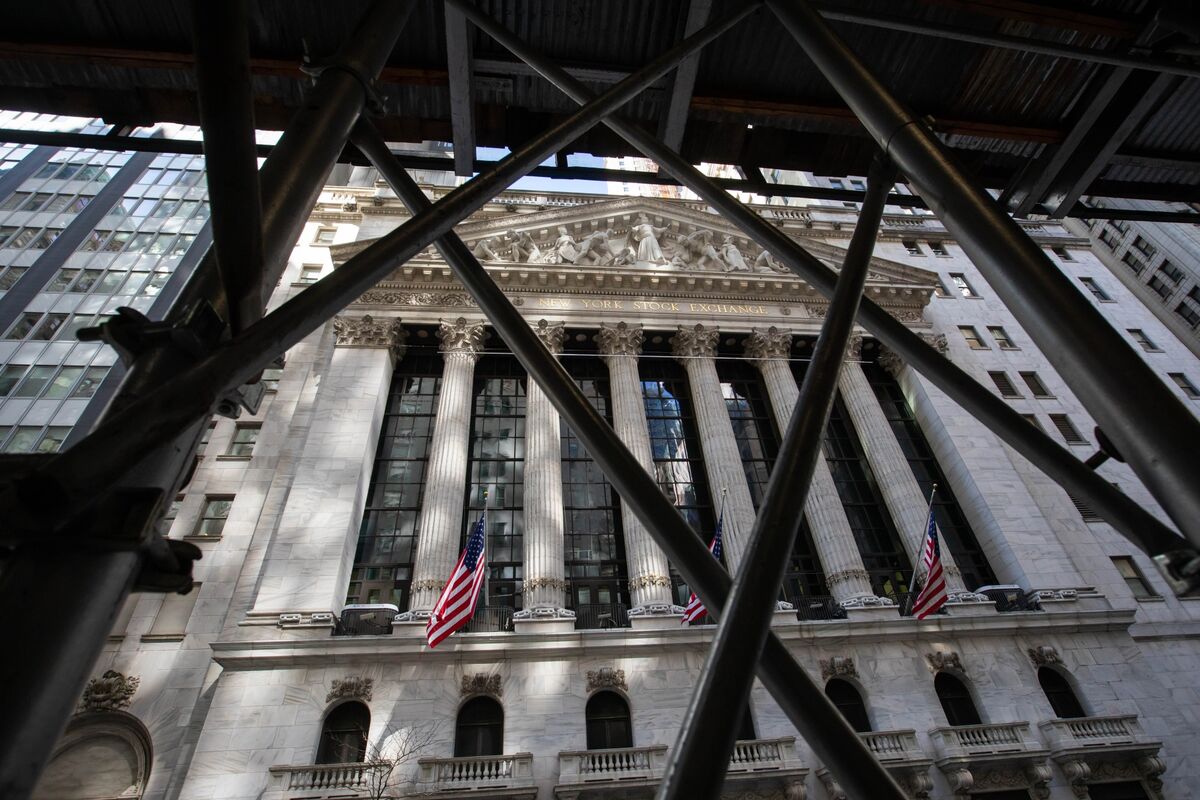 Soul App has confidentially filed for an initial public offering in the U.S. that could take place as soon as this year, according to people familiar with the matter.

Shanghai Renyimen Technology Ltd. could raise about $300 million from the listing, though the fundraising target has yet to be finalized, the people said. The app company is working with advisers including

China International Capital Corp. one of the people said, asking not to be named because the matter is private. The companys valuation is more than $1 billion before the IPO, another person said.

Launched in 2016, Soul matches like-minded users through artificial intelligence-enabled recommendations, according to its

website. After answering a quiz that places them in one of five categories, users can chat by text and voice, as well as participate in group chats and post to a public forum.

The app has more than 100 million users in China, with more than 30 million monthly active users, according to a

press release. It is also available in South Korea, Japan and North America. Soul counts GGV Capital and 5Y Capital among its backers.

Social media platforms in China face persistent regulatory headwinds. In 2019 Soul was one of several social apps incorporating audio that were suspended by the Cyberspace Administration of China, which blamed the apps for distributing pornographic content.

With assistance by Coco Liu, and Dong Cao

‘How Liverpool can climb Everest again’ – Danny Murphy on why... ‘How Liverpool can climb Everest again’ – Danny Murphy on why... Ciro Immobile assists Lorenzo Insigne to give Italy their third goal of Euro 2020 at the Stadio Olympico.
Read more

TikTok says it has one billion monthly users

Graduation marks a crowning achievement for young Marines who've conquered boot camp, including 350 young men and women who are on the final leg of a life-changing journey at Marine boot camp at Parris Island, South Carolina. In attendance at the ceremony wil…
Read more

Thousands of people from across the country have been touched by the story of a woman who left her 3-month-old puppy behind at a Las Vegas airport because she had "no other option."
Read more

The Florida state Senate leader said Thursday that the legislature is ready to replicate a controversial abortion bill that went into effect on Wednesday, ...
Read more

Cyber insurance premiums are shooting up for businesses everywhere

Ransomware, rates and regulation are pushing premiums on cybersecurity into the stratosphere.
Read more

A "perfect" delivery from England all-rounder Katherine Brunt bowls India's Pooja Vastrakar as the hosts enforce the follow-on on day three of the sole-Test at The Bristol County Ground.
Read more

Are mRNA Covid Vaccines Risky? Here’s What the Experts...

When it became clear in early 2020 that the Sars-CoV-2 virus posed a pandemic threat, researchers who’d been exploring an innovative way to make vaccines saw an opportunity. Experimental messenger RNA vaccines had been recognized for years for their potential…
Read more

Poland PM urges ‘wake up’ to destabilisation by Russia...

Mateusz Morawiecki tells the BBC that it was "not too late to act" before "bad things" happen.
Read more

At 82 Rich Little, who has impersonated hundreds of celebrities and politicians over the years, shows no signs of letting up. Correspondent Tracy Smith sits down with the comedian and impressionist, now performing in Las Vegas, to talk about the presidents, m…
Read more

The girl was walking with her father when the pair were reportedly hit by a car, police said.
Read more

‘Miscommunication’ led to false reports of shooting at Fort...

Miscommunication between real and fake calls from the media on Thursday led to a false report of a shooting at Fort Meade base in Maryland, ...
Read more

Welcome to The Dose, Bloomberg’s newsletter about the cannabis and psychedelics industries.
Read more

Democrats said "every option is on the table" in opposing the GOP's agenda.
Read more

The leader of a breakaway Palestinian faction that carried out hijackings, bombings and other attacks against Israeli targets in the 1970s and 1980s has died
Read more

Our Rewind cloud backup review will help you decide if this is the right backup service for your business.
Read more

Creating a smart home could get you cheaper insurance

Hiro says it will discount your home insurance premium if you have smart home gadgets in your property, but is it really a good deal?
Read more

An alternative history of online shopping

Most shoppers are completely oblivious to what goes on behind the scenes.
Read more

Levelling up: The seaside town debating what change is...

As a report says levelling up plans must consider local views, people in Rhyl debate the changes needed.
Read more

Haitian President Jovenel Moïse was assassinated Wednesday in what was described as a coordinated attack. His wife was injured and is at a Miami hospital.
Read more

UK to ease lockdown next week, will test vaccine...

The CDC has advised people with compromised immune systems to continue wearing masks even if vaccinated.
Read more

EU finalizing plans to allow US tourists back this...

Soaring demand for chips, vaccines and gourmet food at home and overseas helped Taiwan’s China Airlines Ltd. post its best-ever cargo performance in 2021, with exports from the island also jumping to a record.
Read more

Republicans lawmakers in North Carolina said that they want to inspect voting machines that were used during the 2020 presidential election in Durham County to see if they could have been connected to the internet, ...
Read more

COVID-19 fallout threat ‘will ripple through the world for...

The U.S. intelligence community warned in a new report that fallout from the COVID-19 pandemic will "ripple through the world for years."
Read more

Authorities said the two people killed in an early-morning train collision in South Carolina were Amtrak employees. The train was traveling from New York to Miami and crashed into a freight train near Columbia. Officials, including Gov. Henry McMaster, held a…
Read more

Bitcoin’s Volatility Is on Display Again in Slide Below...

Bitcoin slid below $50,000, a level some analysts view as a key pivot for assessing the largest cryptocurrency’s outlook heading into 2022.
Read more

MPs to vote on health and social care tax...

In Copper Country, Lawmakers Want a Bigger Share of...

Chile’s lower house approved a proposed royalty on copper and lithium sales as lawmakers seek a bigger contribution from some of the world’s top producers toward social and environmental projects.
Read more

Barbados prepares to cut ties with the Queen

Watch Celestina Olulode as she travels to the island to find out what Barbadians make of the move.
Read more

Now is the time for a new National Defense...

The launch of Sputnik in 1957 shocked Americans and challenged its standing as the lone superpower, threatening to overtake the post-World War II technological advantage...
Read more

House Democrats on Monday widened their investigation into political interference into the Centers for Disease Control and Prevention (CDC) during former President Trump's administration based on new documents....
Read more

The new Australian rival came from behind to beat America's best women's swimmer of all time.
Read more

Afghanistan’s ambassador on whether Afghans will trust a U.S....

Afghanistan's ambassador to the U.S. said she does not believe Afghans will trust another American president anytime soon, more than one month after the U.S. evacuated troops from Afghanistan and the country fell to...
Read more

SKorea to fine Google $177M for forcing software on...

Bad Moon Rising for Biden—And Us

Does it seem like we are moving "toward a more perfect union,"or are the divisions between us becoming too great? The post Bad Moon Rising for Biden—And Us appeared first on The American Conservative.
Read more

Question for Fed: Has it waited too long to...

With inflation surging, unemployment falling and wages rising, some economists are warning that the Federal Reserve may have waited too long to reverse its ultra-low-rate policies — a delay that could put the economy at heightened risk
Read more

In ending America's longest war, President Joe Biden did something popular. It was never going to help him politically.
Read more

This fish probably has a few fish stories
Read more

A Pentagon commission on sexual assault in the military is recommending that independent authorities decide whether to prosecute service members in sexual assault cases instead of commanders, a senior defense official told CNN. If adopted, the change would ma…
Read more

Samsung has announced a new 24-inch monitor with a built-in webcam, which looks suited for those working from home.
Read more

Air raid sirens sounded in southern Israel on Monday after a rocket was fired from the Gaza Strip, the first since the 11-day war between Israel and Palestinian militants in May.
Read more

Christopher Hewett was fatally stabbed when walking to his sister's house with his cousin.
Read more

A legal claim against TikTok has been filed in the UK alleging the social network collects too much data on children.
Read more

USA's Sydney McLaughlin sets a new world record of 51.46 to beat Dalilah Muhammad to win the 400m hurdles at the Olympic Stadium in Tokyo.
Read more

“I’m getting calls from all over the country — people who have read about TEAACH and how they can pass this bill in their state,” state Rep. Jennifer Gong-Gershowitz said.
Read more

Despite Hillary Clinton's delegate lead and support from the establishment, Bernie Sanders has vowed to his supporters that he will keep fighting for the Democratic presidential nomination. Democratic strategist Emily Tisch Sussman joins CBSN to discuss the s…
Read more

At the close of the G20 summit in Rome, President Biden said it is "disappointing" that G-20 members Russia and China "basically didn't show up" with commitments to address the scourge of climate change ahead of the U.N. climate conference. Mr. Biden heads to…
Read more

The measures come as Italy battles a third wave of the pandemic, with more than 20,000 new cases daily.
Read more

5 ways to sneak in a holiday workout

Whether you're spending hours wrapping presents, cooking in the kitchen, or celebrating at cocktail parties, our health and fitness expert Stephanie Mansour has exercises you can sneak in no matter what your plans are.
Read more

Bail has been denied for members of a pro-democracy group in Hong Kong that organizes the vigil for Tiananmen Square every year. Bail was denied by Judge Peter Law in the West Kowloon Magistrates' Court on Friday after members of the Hong...
Read more

Putin signs law that allows him to serve two...

Tommy Wright says keeping Kilmarnock in the Scottish Premiership "would rank as high as anything" he has achieved previously as a manager.
Read more

Former US Marine detained by Russia goes on hunger...

U.S. Marine Trevor Reed, detained by Russia, goes on hunger strike to protest his treatment and what his family says are trumped-up charges.
Read more

A judge ordered the head of Chicago’s police union to stop urging officers on social media to defy a requirement to report their Covid-19 vaccination status.
Read more

BBC Scotland pundit Leanne Crichton talks us through the season from the perspective of all 12 Scottish Premiership clubs.
Read more

Columbus shooting: Others involved in confrontation that led to...

The other individuals involved in the confrontation that ended in the fatal officer-involved shooting of 16-year-old Ma'Khia Bryant were all adults, a spokesperson for Columbus Police Department told Fox News Thursday.
Read more