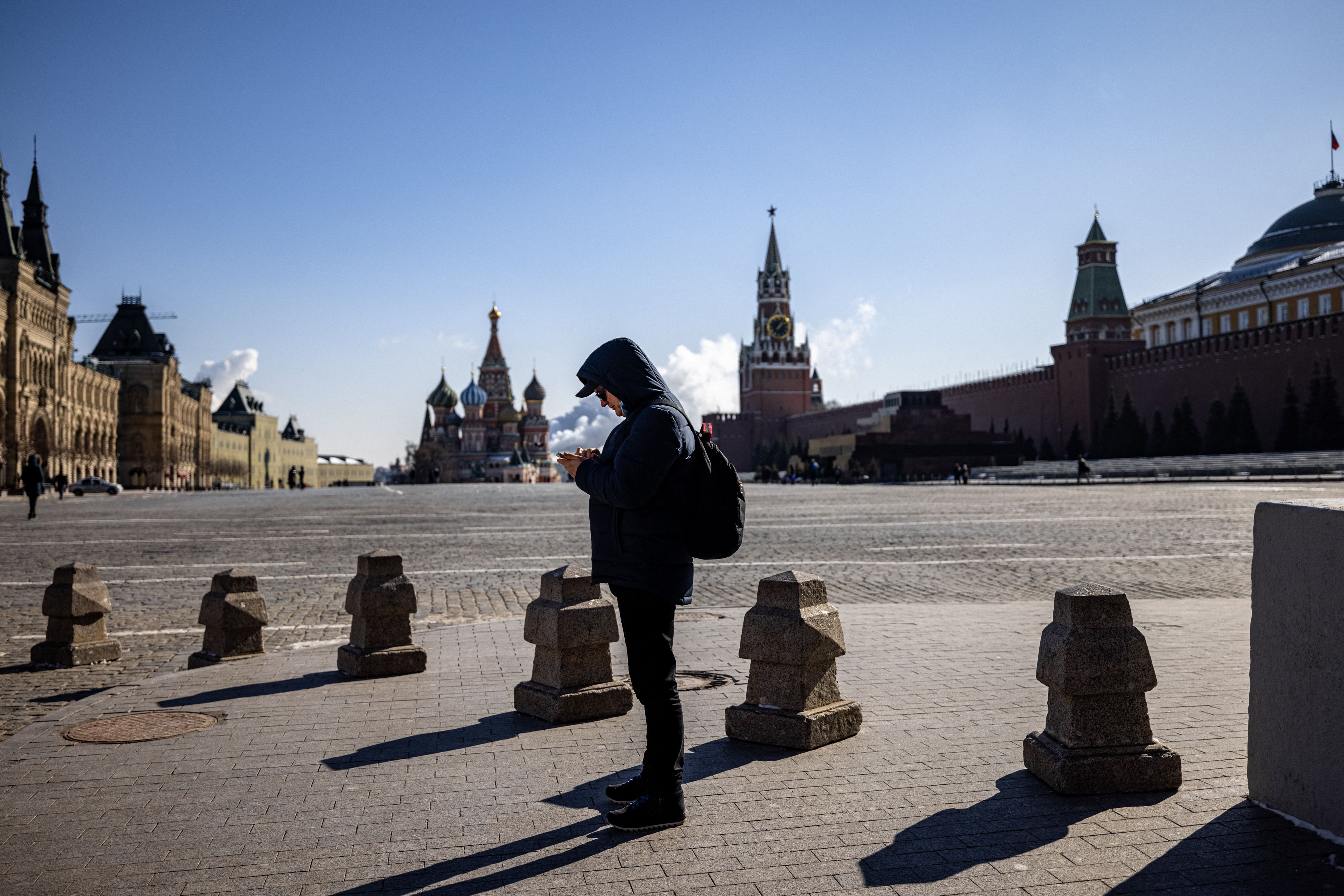 Russian authorities say they will block Twitter across the country in one month unless the social media company complies with demands to remove certain content, according to Reuters.

The threat follows a week of rising tensions between Russia and Twitter: On March 9th, Russian authorities sued Twitter and other mainstream social sites, alleging they failed to delete posts urging children to participate in illegal, nationwide protests over the jailing of Alexei Navalny, a high-profile critic of President Vladimir Putin. On March 10th, regulators in the country throttled Twitter for failing to remove banned content, though this time they didn’t mention the protests. Instead, they cited instances of child pornography, drug use, and tweets encouraging children to attempt suicide. At the time, Russian regulators vaguely threatened to ban Twitter, though they didn’t provide a deadline for such a move.

Today’s warning was more direct. Russian news agencies reported on Tuesday that the threat to block Twitter within the month came from Vadim Subbotin, the deputy head of the country’s communications oversight board, Roskomnadzor.

“Twitter is not reacting to our requests as they should,” Subbotin said, as reported by Reuters. “If the situation carries on then it will be blocked in a month without a court order.”

In response to Russia’s nationwide Twitter slowdown last week, the company said, “We have a zero-tolerance policy regarding child sexual exploitation, it is against the Twitter Rules to promote, glorify or encourage suicide and self harm, and we do not allow the use of Twitter for any unlawful behavior or to further illegal activities, including the buying and selling of drugs. We remain committed to advocating for the Open Internet around the world and deeply concerned by increased attempts to block and throttle online public conversation.” President Biden noted his administration's move to bring troops home from Afghanistan on Sunday as he noted the 10th anniversary of the killing of Osama bin Laden, the mastermind of the 9/11 terror attacks.In a sta...
Read more

A ban on travellers using non-NHS coronavirus tests could be scrapped by the Welsh government.
Read more

Hearts have been crowned winners of the Scottish Championship following draws for both Raith Rovers and Dundee.
Read more

In hospital with COVID, conservative Texan running for governor...

Conservative firebrand and Texas Republican gubernatorial candidate Allen West was receiving care for COVID-19 in a hospital on Sunday, he said on Twitter, noting that his experience with the illness had strengthened his opposition to vaccine mandates.
Read more

Call me by my name: Rome school backs transgender...

Singer Christina Grimmie was killed by a stalker and Ivanka Trump has been stalked, too; now, an "NCIS" star is trying to change stalking laws. "48 Hours" correspondent Erin Moriarty investigates Saturday, Sept. 9 at a special time, 9-11 p.m. ET/PT on CBS.
Read more

Immerse yourself in VR music videos with this Oculus...

If you've ever wanted to experience music videos in VR, you'll finally get the chance thanks to this Oculus Quest 2 update.
Read more

The best tweets from the weekend's football, including Erik Lamela's rabona, Salford City's very short title defence and one fan bringing the match-day atmosphere to their living room.
Read more

The BBC will show the game between Sheffield FC - the oldest football club in the world - and Sherwood Colliery in the FA Cup preliminary round.
Read more

Sarah Ashwell: Man to appear in court charged with...

The New York Assembly's Judiciary Committee has released a report on its investigation into misconduct claims against former Gov. Andrew Cuomo (D), detailing "overwhelming evidence" that he engaged in sexual harassm...
Read more

The Number of People Who Say It’s a Good...

Here’s your chart of the day.
Read more

Police in Western Australia have charged a 36-year-old man with "forcibly taking a child under 16" in relation to the disappearance of 4-year-old Cleo Smith on 16 October.
Read more

Czechs Embark on Stripping President of Powers Due to...

Czech lawmakers began the process of relieving President Milos Zeman of his duties due to poor health, a development that may smooth the way for the opposition to unseat his ally prime minister after he unexpectedly lost elections this month.
Read more

Employers can offer incentives to workers to become immunized, but they may not be coercive. Experts aren't sure what that means.
Read more

Las Vegas is bouncing back to pre-pandemic levels, with new reports showing increases in airport passengers and tourism, and casinos statewide reporting $1 billion in winnings last month for the first time since February 2020
Read more

Mexican parents resort to injunctions to get kids vaccinated

Senators from both parties acknowledge that a path forward on a comprehensive bill is unlikely, particularly with a surge of migrants at the border.
Read more

Andrew Giuliani talked with Trump about a New York...

He’s the former mayor’s son and he worked for the 45th president. His eyes, he says, are now on Albany.
Read more

Australian prison to be evacuated after mice move in

Stephen Glass in the frame for a return to Aberdeen as Steven Gerrard is tipped for a legacy of success at Rangers.
Read more

Both states are hoping to see a jump in the number of residents being vaccinated.
Read more

NFL executive Troy Vincent celebrated what he said was "historic progress" in minority hiring within the league in 2021....
Read more

President Joe Biden plans to host his first meeting since taking office with House and Senate leaders from both parties on May 12, a White House official said Wednesday.
Read more

Raman Pratasevich said he was fully cooperating with investigators and declared he respects the authoritarian president he opposed for years.
Read more

The Los Angeles City Council on Wednesday approved an ordinance that will require customers to show proof of vaccination before entering venues such as indoor restaurants, gyms and salons.As the regional California...
Read more

Chinese astronauts on Sunday successfully carried out the country's first spacewalk outside their space station -- a significant milestone in its rapidly expanding space program.
Read more

Chairman Ian Watmore leaves the England and Wales Cricket Board only 13 months into a five-year term.
Read more

The BBC will broadcast more than 350 hours of television coverage for this summer's Tokyo Olympics.
Read more

Nike Inc. has signed its first-ever endorsement deal with a college player after a recent NCAA rule change allowed brands to work with student-athletes.
Read more

White House officials are anticipating parts of the economy could continue to struggle for months to come, threatening a key selling point Democrats have hoped to make in next year’s elections.
Read more

The Apple AirPods 3 are a fine pair of true wireless earbuds, but we found four ways to make the AirPods 4 even better.
Read more

Florida’s weekly Covid-19 cases rose to a record, with confirmed infections increasing 12% to 151,415 for the seven days through Thursday as Governor Ron DeSantis stakes his claim against mask mandates.
Read more

Prince Philip, the late husband of Britain's Queen Elizabeth II, will be laid to rest Saturday in an intimate service attended by 30 people including members of the royal family.
Read more

The use of e-cigarettes among teenagers has risen to 2 million and more than 80% of those teens used flavored e-cigs in 2021, study by CDC and FDA says.
Read more

A fire broke out on Saturday on containers on a cargo ship carrying mining chemicals off British Columbia, and the Canadian Coast Guard said it is working with the U.S. Coast Guard to assess the situation, including environmental hazards.
Read more

Two large Chinese state banks are planning to sell offshore yuan bonds in Hong Kong as soon as next week, a move that could set in motion the launch of a new channel for mainland investors to buy offshore debt.
Read more

Pelosi presses ahead on vote without Manchin buy-in

House Democrats said Wednesday they were switching tactics and plowing ahead with a vote on President Biden's sweeping...
Read more

‘Like Everyone Else’: Ali Gets A Brand-New Wheelchair On...

Leah's daughter got a new wheelchair on this week's 'Teen Mom 2.'
Read more

Investigators search for answers after a deadly Amtrak derailment in Montana. Also, President Biden's agenda is in peril with Democrats still at odds ahead of some key votes, and the threat of a government shutdown looms. All that and all that matters in toda…
Read more

Rep. Raja Krishnamoorthi (D-Ill.) is pressing Facebook for documents regarding what he calls the social media giants' apparent failure to protect user welfare based on recent reporting that revealed the platform is ...
Read more

Robert Aaron Long, 22, was indicted on murder charges in the March 16 killing of eight people, six of them women of Asian descent, in the Atlanta area.
Read more

McCarthy zeroes in on his 5 GOP picks for...

The list is led by Rep. Jim Banks, chair of the Republican Study Committee, as the ranking member.
Read more

This one TV brand is releasing 30 budget TVs,...

British TV brand Mitchell & Brown is releasing a total of 30 TVs in the UK this year, putting the likes of Samsung and LG to shame.
Read more

England's intra-squad Ashes warm-up match in Brisbane is abandoned without a ball being bowled on the final day because of rain.
Read more

Lenovo has launched a new initiative that will let volunteers work remotely while helping protect the environment.
Read more

Friday is the cruelest day for Russia's opposition. In small, overheated flats, coffee houses and newsrooms, journalists hover over their screens waiting to see if the Motherland has painted them with a stigma close to "traitor."
Read more

Bowing — if only for a moment — to pressure from lawmakers, critics, the media and child development experts, Facebook said Monday it will “pause" its work on a kids' version of its photo-oriented Instagram app
Read more

President Joe Biden plans to meet with two moderate Democratic senators whose objections to the size of a proposed, huge package of social and environment initiatives has thrown serious obstacles in its path
Read more

The Bizarro Streaming Site That Hackers Built From Scratch

BravoMovies isn't real. But it puts in a remarkable amount of effort trying to trick you into believing that it is.
Read more

Senator Shelley Moore Capito said that they would provide a counteroffer to President Biden's latest proposal on Thursday.
Read more

Obama says US ‘desperately needs’ Biden legislation ahead of...

Former President Barack Obama on Monday urged support for President Biden's economic agenda at the outset of a pivotal week in Congress for key legislation, batting down arguments over the price tag or means of paying for...
Read more

If residents of the Swiss canton of Fribourg make it to the age of 100, the government gives them plenty of help celebrating. Centenarians...
Read more

The community is increasingly concerned about a "large gathering" in Dorstone, police say.
Read more

PRO Act is ill-conceived and ill-timed

The PRO Act would deprive workers of basic First Amendment rights, impose tens of billions of dollars in additional costs on small businesses, and do indelible harm to our economic recovery at a time we can least afford i...
Read more

00:00I'm not going to mince words Ambassador Bolton. You are scathingabout the urgency and the magnitude of the Pakistan problem. How should the...
Read more

China’s Five Year Plans Used to be Grandiose. The...

NASA and Box are taking cloud storage out of...

NASA will use Box's cloud storage and collaboration tools across its distributed workforce both on Earth and in space.
Read more