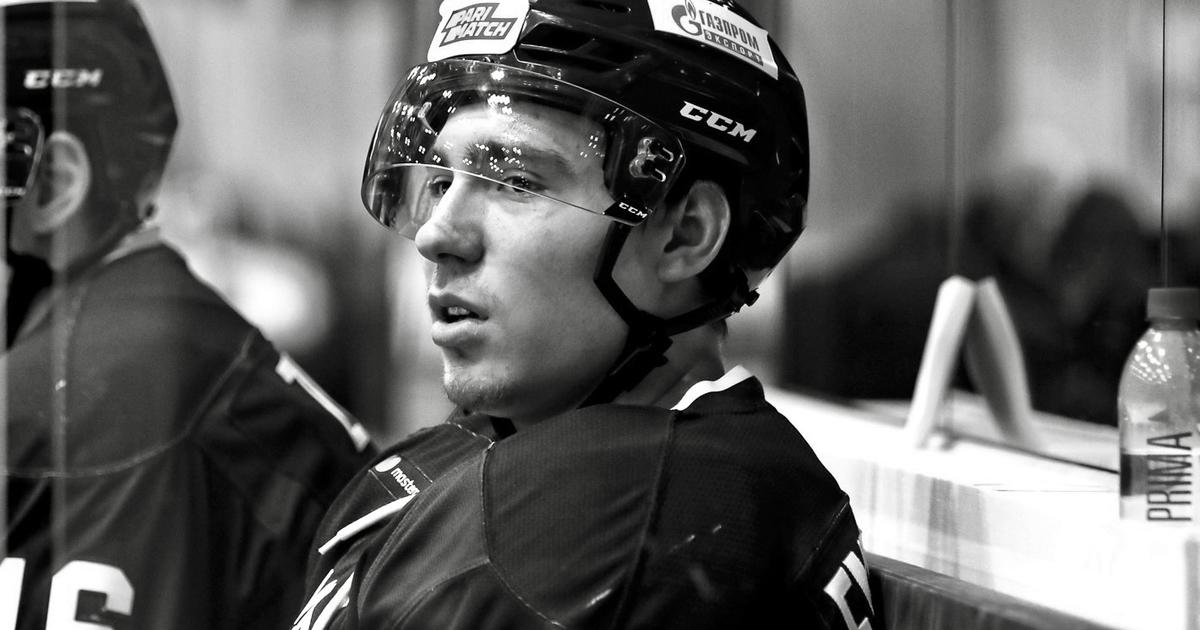 A 19-year-old Russian hockey player has died after being hit in the head by the puck during a game, his club and the league said Tuesday. Defenseman Timur Faizutdinov was playing for Dynamo St. Petersburg’s junior team in a playoff game against Loko Yaroslavl on Friday when he was struck by a puck hit from the neutral zone.

Faizutdinov collapsed and was treated on the ice by the team doctor and paramedics before being taken to a hospital in the city of Yaroslavl.

The Junior Hockey League said Faizutdinov died Tuesday after “doctors fought for Timur’s life over the course of three days.”

Dynamo said upcoming games in competitions, including the Kontinental Hockey League, will begin with a minute’s silence for Faizutdinov.

“You are forever Dynamo and forever in our hearts,” his team wrote on Instagram.

In 2016, a 16-year-old Russian hockey player died after being hit in the neck with a puck during a game. Employees call on Amazon to address environmental harm to...

More than 600 Amazon tech workers have signed onto a statement calling for the e-commerce giant to address pollution that is disproportionately concentrated in communities of color, an employee-organized climate gro...
Read more

Visit a factory that makes mosquitoes

An experiment was recently conducted in Fresno, Calif., to reduce the rising mosquito population there by releasing sterile males, bred in a factory, to mate with females in the wild. Did the test work?
Read more

The Jaybird Vista 2 are a great upgrade compared to their predecessors.
Read more

Godzilla vs Kong may be getting a sequel –...

After its HBO Max and box office success, a Godzilla vs Kong sequel might become a reality – but it won't be a rematch.
Read more

An event held by a Washington state-area Eagle's Club is being blamed for nearly 100 cases of COVID-19 in the community that cropped up in the weeks since it took place.Local news affiliate ...
Read more

Michael Flynn is playing with fire

Peter Bergen writes that it's hard to get a grip on what's happened to Michael Flynn, a one-time war hero who shockingly appeared to support a military coup in recent comments to a Dallas rally. "Those who served with Flynn in Afghanistan and Iraq are mystifi…
Read more

The McFly singer and his partner, Amy Dowden, will miss Saturday's show after testing positive for Covid.
Read more

Left to warn Biden being tough on Chinese human...

A letter is expected to hit President Biden’s desk Thursday, in a progressive-led attempt to tamper the administration’s confrontational approach when it comes to China in the name of climate change.
Read more

Southampton manager Ralph Hasenhuttl hails his side's "brave" performance after they were beaten by two late goals from Chelsea after James Ward-Prowse was sent off.
Read more

Israel’s Prime Minister Naftali Bennet on Sunday warned about the outcome of Iran’s presidential election and said it is further proof that Tehran cannot be allowed to get a hold of nuclear weapons.
Read more

England internationals Chris Jordan and Phil Salt are to leave Sussex and sign for Surrey and Lancashire respectively at the end of the season.
Read more

BlackRock Plans Staff Return in September, With Some Remote...

BlackRock Inc. will ask U.S. employees to return to offices in September, when it will begin a trial period allowing some remote work each week.
Read more

Brighton ensured they won their opening two top-flight matches for the first time as they comfortably beat newly-promoted Watford at the Amex.
Read more

Monday’s Justice Department brief in the case of Boston Marathon bomber Dzhokhar Tsarnaev was the latest in a recent string of instances where the White House has pointed to the DOJ’s independence while openly criticizing them.
Read more

Angels’ Shohei Ohtani is a ‘mythical legend in human...

Los Angeles Angels do-it-all superstar Shohei Ohtani has been the talk of the MLB season through the month of May, and other players across the league are recognizing how great of a player he truly is.
Read more

2021 was another good year for women running for...

Women made gains up and down the ballot in 2021, previewing what could be another record-breaking year for female candidates running for office in the 2022 midterm elections. In large-scale mayoral races, women saw victories in Boston and...
Read more

Lara Lewington visits the labs which have some of the latest innovations in solar energy.
Read more

An Indiana man involved in the death of an 11-month girl who was found dead in a wooded area after babysitting her for a weekend has been charged with murder, authorities said.
Read more

Not sure what to read next? Amazon is releasing it's annual top-ten list. Sara Nelson, Amazon's editorial director of books and Kindle, joins "CBS This Morning Saturday" to reveal the year's best.
Read more

A 3-0 victory over Azerbaijan moves Portugal to the top of Group A - but automatic World Cup qualification remains in the balance.
Read more

Italy-Croatia fight over Prosecco name gets ready to pop

The Scottish singer has been working on a musical theatre adaptation of the film Saving Grace.
Read more

New treatments for early Covid-19 are now beginning to arrive at pharmacies in New York and elsewhere but remain in short supply, according to a representative of the Infectious Diseases Society of America.
Read more

Two doses of the Pfizer COVID-19 vaccine are 88 percent effective against the delta variant, according to a new study. ...
Read more

Oklahoma National Guard members must get vaccinated against Covid-19, a federal judge has ruled, denying a request from the state's Republican governor and others to halt the military's vaccine mandate.
Read more

A grand jury in Dallas indicted an 18-year-old man accused of kidnapping and stabbing 4-year-old Cash Gernon to death in May on a capital murder charge Monday.
Read more

Fauci calls on China to release medical records of...

Anthony Fauci is calling on China to release medical records of researchers at a laboratory in Wuhan, China, that reportedly became sick with COVID-like symptoms prior to the pandemic. ...
Read more

Summer is the season that reminds us to come...

Summer is a kinetic time, a season of youth, activity, celebration and revolution. And conversely, it's the time to do as little as possible. It's the season to just ... be.
Read more

On The Money: Schumer, Warren call on Biden to...

Happy Tuesday and welcome back to On The Money. I’m Sylvan Lane, and here’s your nightly guide to everything affecting your bills, bank account and bottom line.See something I missed? Let me know at [email protected] or tweet me @SylvanLane. And if...
Read more

Android TV explained: what you need to know about...

What the U.S. Exit From Afghanistan Means for NATO...

00:00What should be NATO policy after America exits from Afghanistan.First of all to stay committed to to ensure that Afghanistan doesn't once again...
Read more

Juneteenth celebrations in images around the US

A small plane crashes into a car on a...

Two people were killed and two others seriously injured after a single-engine aircraft crashed into a car on a roadway in Florida on Monday, officials said.
Read more

Hunterston B nuclear power plant to close down after...

Reactor 4 at Hunterston B in North Ayrshire will come offline for the last time at noon.
Read more

"DHS claims the power to implement a massive policy reversal—affecting billions of dollars and countless people—simply by typing out a new Word document and posting it on the internet," the ruling said.
Read more

Energy Secretary Jennifer Granholm on Tuesday described the administration's move to release oil from its strategic reserve as a "bridge" until gasoline prices fall on their own."What we want to do with today's act...
Read more

What are snow squalls and why they’re more dangerous...

COVID-19 cases in Melbourne at record levels despite two...

The Australian city of Melbourne has seen a record spike of COVID-19 cases despite a strict lockdown that has been in place for nearly two months, ...
Read more

Naomi Osaka fined $15G for not participating in press...

Naomi Osaka stuck to her word about not attending the post-match news conference at the French Open on Sunday, but now she is paying for not honoring media obligations.
Read more

Broadcasters are urged to suspend betting adverts during the European Championship to protect those at risk of harm.
Read more

The Milwaukee Bucks officially announced on Thursday the acquisition of veteran point guard Jeff Teague, who played in 34 games for Boston this season.
Read more

A Florida man is accused of dragging the body of a pedestrian he allegedly struck with his car this weekend before fleeing the scene and dumping most of their remains behind a local bait shop, according to authorities.
Read more

Do These Gadgets Actually Protect You? We Asked the...

The landmark Brown v. Board of Education ruling was meant to desegregate the nation’s public schools, but studies show schools are more segregated than ever. One New York City school is making an extra effort to diversify its student body. Elaine Quijano repo…
Read more

The battery materials unit of SK Innovation Co. said the global market for premium wet-type separators, a key component for electric vehicles, will run into a supply shortage in 2023 due to “explosive” growth.
Read more

A report suggests Apple won't equip an iPad with an OLED screen until 2023, and that the iPad Pro won't be first in line.
Read more

Platforms are told to take down all content that refers to an "Indian variant" of the coronavirus.
Read more

Robinhood Markets Inc. jumped a whopping 82% on Wednesday after a wave of individual investors joined the likes of Cathie Wood to pile on the zero-fee trading platform.
Read more

The previous women's 10,000-meter record was only set on Sunday, but Ethiopia's Letesenbet Gidey has already bettered it.
Read more

Top federal health officials on Tuesday defended the administration's approach to booster shots after two senior scientists in the Food and Drug Administration's vaccine division announced their intent to leave the ...
Read more

Presented by Facebook Eight Democrats will take the stage tonight for their final debate before next week's mayoral primary election, hosted by POLITICO, WNBC...
Read more

South Korea has set another record for new daily COVID-19 cases and deaths on Saturday.The country recorded 5,352 new cases and 70 deaths a mid a struggle to contain the delta varian...
Read more

Alex Murdaugh’s legal team is ‘casting a defense that...

The Duchess of Cambridge has surprised British TV audiences with a piano performance during a special Christmas service that was shown on TV on Christmas Eve.
Read more

Mayors, CEOs and Non-VIPs Alike Are Testing Positive for...

The news comes as some public events have been shuttered in the wake of increasing cases across the United States.
Read more

Texas is on the verge of allowing residents to carry firearms in public without any sort of license, a rebuff to gun-control advocates alarmed by the specter of mass shootings.
Read more

No Time To Die: Daniel Craig talks to the...

Actor Daniel Craig talks to the BBC on the red carpet for James Bond film, No Time To Die.
Read more