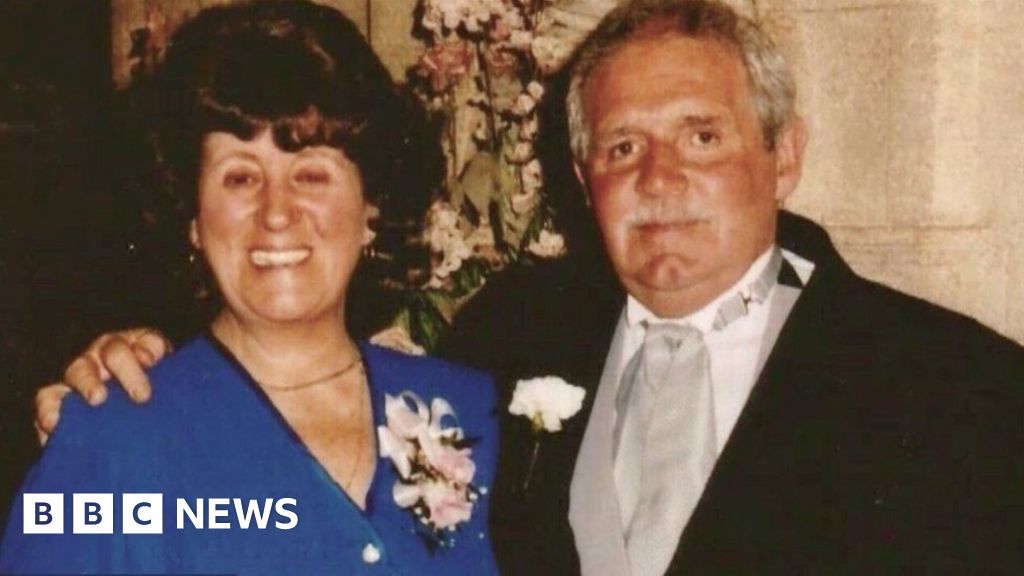 Residents at a care home were “dehumanised” by staff and the standards of care were “wholly inadequate”, an inquest has found.

The deaths of six residents at Brithdir Nursing Home from 2003-2005 in New Tredegar, Caerphilly, eventually triggered a police investigation.

The evidence suggested “even the feeding and watering was inadequate”.

“This was a gross betrayal of the trust relatives placed in Brithdir,” he told the court.

Documentation, including care plans and feeding charts were “in some cases clearly fabricated”.

The coroner said the “lowest point” was how residents were “dehumanised”, including when incontinence pads were changed in the home’s lounge in front of other residents.

The manager Peter Smith’s statement said he believed they would not have realised because they had dementia.

Geraint Williams said the points outlined “contributed significantly” to the deaths of the six residents.

The inquest, which began in January, is continuing.

Following Operation Jasmine, a policy inquiry into deaths at six care homes in south Wales, Puretruce Health Care director Dr Prana Das was due to stand trial on neglect and fraud charges, but the trial was called off after he suffered brain injuries following an assault at his home in 2012.

An inquest into the death of a seventh resident, Matthew Higgins, 86, will be held following the conclusion of the current hearing. Former President Trump is gloating over Republican Glenn Youngkin's lead in the Virginia governor's race as results continue to trickle in.In a statement Tuesday night, Trump said he didn't even have to rally for Y...
Read more

Hark! A VR headset powered by Linux that you...

SimulaVR have answered the age-old question of what happens when you run Linux on a VR headset.
Read more

GIG-ECONOMY BATTLE ESCALATES The coalition mobilizing against a proposed ballot initiative to classify drivers for companies like Uber, Lyft and DoorDash as independent...
Read more

Thousands stranded overnight on I-95 outside DC

Thousands of drivers were stranded overnight on Interstate 95 outside of Washington D.C. on Tuesday. After 11 hours of people being stuck in their vehicles, some cars were moving on the northboun...
Read more

Almost 55,000 booster jabs were administered on Tuesday in the effort to tackle the Omicron variant.
Read more

Wander Franco hit a tiebreaking two-run homer in the sixth inning, Drew Rasmussen threw four strong innings in a spot start for Tampa Bay and the Rays added to their lead in the AL East with an 8-1 victory over the Boston Red Sox on Thursday.
Read more

Best tool to rein in Big Tech is a...

A whistleblower’s claim that Facebook (FB.O) chased profit rather than rein in hate speech leaves two questions for policymakers to answer: Do the social network’s actions merit a regulatory…
Read more

The missing AirAsia plane is an Airbus A320, the same aircraft that Capt. Chesley "Sully" Sullenberger landed in the Hudson River in 2009. Sullenberger spoke with Jeff Glor about the aircraft and best techniques for handling it in dangerous weather.
Read more

China threatens the US with retaliation over diplomatic boycott...

China has threatened the Biden administration with retaliation over its decision to impose a diplomatic boycott of the 2022 Winter Olympics in Beijing, warning the move could damage bilateral relations.
Read more

Ndombele booed off as he reaches new low at...

Tottenham Hotspur's record signing Tanguy Ndombele was booed off the pitch by his own fans after being substituted in his team's unconvincing 3-1 FA Cup third round win against League One strugglers Morecambe on Sunday.
Read more

Tucker Carlson: Democrats and the CDC have been lying...

Tucker Carlson reacts to new COVID guidelines and highlights the flip-flops of Democrats and the CDC as they cling to power.
Read more

Former President Donald Trump on Saturday sharply attacked U.S. infectious disease expert Anthony Fauci over his handling of the coronavirus pandemic, demanded reparations from China and denounced an investigation into his finances in a speech in North Caroli…
Read more

Under the settlement, the Sackler family will have to get out of the opioid business altogether.
Read more

Monument to activist, journalist Ida B. Wells unveiled in...

A monument honoring Ida B. Wells-Barnett was unveiled Wednesday in the South Side Chicago neighborhood that was home to the famed journalist and activist.The Light of Truth Ida B. Wells National ...
Read more

The girls drove their parents' car on major roads and crashed into a lorry, but were not hurt.
Read more

The federal government is delaying the deadline for the REAL ID enforcement for a second time.
Read more

Amazon AU has already posted some top deals ahead of Prime Day 2021, with big savings on Sony and Bose's flagship cans.
Read more

Bloomberg has named Jodi Schneider political news director for Bloomberg TV and Radio.Schneider, who announced the promotion on LinkedIn, starts in the new role June 21. "I also will work across our newsrooms in th...
Read more

Lazard to Allow Dealmakers to Work From Home Twice...

Lazard Ltd. said any employee working in its U.S. offices must be fully vaccinated against the coronavirus by July 6, and North American financial-advisory bankers will have the option of working from home two days a week.
Read more

‘Squad’ members call on Biden to shut down Line...

Members of the "squad" - a group of female, progressive House Democrats - called on President Biden to shut down construction of the Line 3 pipeline in a Minneapolis press conference Friday, citing indigenous opposition a...
Read more

Asian shares are higher after a broad rally pushed the S&P 500 past 4,000 points for the first time
Read more

Sky Q finally gets a dose of live HDR...

Sky Q will host live HDR broadcasts for the Tokyo Olympics, a first for the entertainment giant.
Read more

California recall election: Biden campaigns with Newsom ahead of...

Joe Biden's first trip to the state as president comes on the eve of a gubernatorial recall vote.
Read more

One resident told Newsweek it was "literally the last place on earth I would expect to find someone with a tiger," amid reports the animal was taken away in an SUV.
Read more

The former president of the United States continues to insist he didn’t lose an election in which he got 7 million fewer votes and 74 fewer electoral votes than the winner.
Read more

Newly confirmed Labor Secretary Marty Walsh is set to inherit an agency struggling to confront a host of challenges created by the coronavirus pandemic.Walsh, a former union leader who most recently served as the mayor of Boston, is expected to come...
Read more

Scientists disagree whether infection and vaccination give equal Covid...

Evidence is growing that contracting the coronavirus is generally as effective as vaccination at stimulating the immune system to prevent Covid-19.
Read more

House slated to vote on Violence Against Women Act...

A group of bipartisan lawmakers reintroduced the Violence Against Women Act (VAWA) on Monday evening, which is slated to come to the floor next week.Rep. Sheila Jackson Lee (D-Texas), House Judiciary Chai...
Read more

Back 4 Blood has drawn plenty of comparisons to Left 4 Dead 2, but it might miss out on one of the game’s best features.
Read more

Assistant boss Pep Lijnders says it is "absurd" that Liverpool must play two games in four days given the number of Covid-19 cases and injuries at the club.
Read more

Police in Huntington Beach, California, declared an unlawful assembly early Sunday over what they described as an "unruly" beach party.
Read more

India reported on Saturday 22,775 new COVID-19 infections over the past 24 hours, pushed up by a growing number of Omicron variant cases, data from the health ministry showed.
Read more

Uncharted 4’s delisting is an insult to PS4 owners

Ahead of the release of the remastered Uncharted collection for PS5, Uncharted 4 and The Lost Legacy have been delisted from the PlayStation Store.
Read more

"CBS This Morning" is celebrating the announcement of the National Teacher of the Year, Nevada's Juliana Urtubey, along with fellow educator and First Lady, Dr. Jill Biden.
Read more

Asian shares have fallen, with South Korea's benchmark down 2.4%, as investors cautiously weigh how much damage the new omicron coronavirus variant may unleash on the global economy
Read more

The Best Buy Memorial Day sale event has arrived and we have the best deals on 4K TVs, appliances, laptops, vacuums and more.
Read more

18 to stand trial after hazing death of Black...

Ofcom will not investigate Lorraine show over inaccurate Covid-19...

Google Pixel 6 release date may be on October...

No, the Google Pixel 6 won’t come out right before the iPhone 13, per a new rumor – instead, it may launch on October 28.
Read more

Cruella is the best Disney movie reboot in years

Emma Stone and Emma Thompson elevate what might have been an unnecessary premake.
Read more

Today marks the halfway point of the first ever World Princess Week, and we are making a splash with the fierce, curious, free-spirited Ariel from the Walt Disney Animation Studios classic, “The Little Mermaid.” Her unflappable spirit and resilience carry her…
Read more

A majority of Republicans believe that former President Trump should be the leader of the GOP, but they remain divided on whether or not the ex-president would be a strong candidate if he decides to wage a bid in th...
Read more

US withdrawal was ‘not responsible and not orderly,’ Pakistani...

At least one person is dead after a 12-story condo tower collapsed in Florida. Crews continue to work to try to find any survivors that may be trapped under the rubble. Manuel Bojorquez reports from the scene, and speaks to Surfside, Florida’s mayor.
Read more

The Federal Aviation Administration (FAA) grounded a cargo company whose cargo plane crashed in the ocean near Hawaii earlier this month. The agency said in an emailed statement that it took action Thursday night that prevents Rhoades Aviation of...
Read more

Ellie and Gary Brazil: The footballing father and daughter

Tapings of Pokemon episodes, an eventful round of golf and family competitiveness - what it is like for Brighton's Ellie Brazil growing up in a football family.
Read more

One in Five Young Adults Is Neither Working Nor...

Almost one in five young adults in the U.S. was neither working nor studying in the first quarter as Black and Hispanic youth remain idle at disproportionate rates.
Read more

Have your favourite TV programmes and actors been nominated for one of the prestigious awards?
Read more

President Biden will travel to Kansas City on Wednesday to discuss his new bipartisan infrastructure package, the latest stop in the White House's campaign to promote his signature legislative accomplishment. ...
Read more

Johnson expected to announce delay in next England unlocking

Lockdown lifting in Liverpool: ‘Light at the end of...

Alex Yee is selected to represent Britain at this summer's Olympic triathlon - meaning Alistair Brownlee will not defend his title in Tokyo.
Read more

Microsoft’s repository of its Linux packages was down for over 18 hours.
Read more

Many Indians can’t prove their loved ones died from...

AC Milan come from behind to defeat fellow Serie A side Genoa after extra time in the Coppa Italia last 16.
Read more

Supermarket chain Kroger announced on Monday that it will begin testing delivering groceries to some customers via drones.Kroger and Drone Express, a division of TELEGRID Technologies, Inc., are ...
Read more

Artist JR’s optical illusion blows the top off the...

David Chao on the Markets (Radio)

OSHA is counting on employees to notify the safety agency if businesses violate the new federal COVID-19 order.
Read more

Cuba's government has been conducting trials of protesters arrested in July and giving sentences that rights groups say are disproportionate to their actions.
Read more