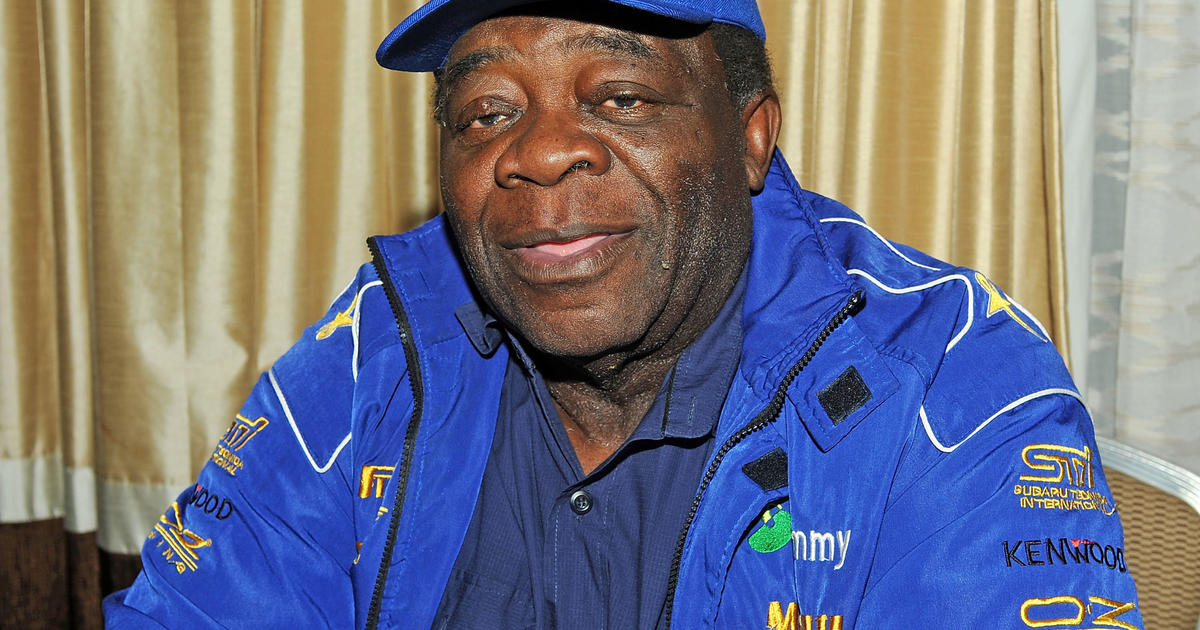 Yaphet Kotto, the actor known for his role in “Alien” and as James Bond villain Mr. Big in “Live and Let Die,” has died at age 81, his wife announced on Facebook. “He died last night around 10:30pm Philippine time. This is a very painful moment for me to inform you all fans, friends and family of my husband,” Tessie Sinahon wrote.

He was born in New York City in 1939 and, by age 16, was studying at Actors Mobile Theater Studio. He made his stage debut at age 19 in “Othello.”

I’m saddened and still in shocked of the passing of my husband Yaphet of 24 years. He died last night around 10:30pm…

“You played a villain on some of your movies but for me you’re a real hero and to a lot of people also. A good man, a good father, a good husband and a decent human being, very rare to find,” Sinahon said.

Kotto’s work as Smokey James in 1978’s “Blue Collar” and technician Dennis Parker  in 1979’s “Alien” earned him much acclaim, as did his longstanding run as Lieutenant Al Giardello in the TV series “Homicide: Life on the Street” from 1993 to 2000. He was nominated for the NAACP Image Award for Outstanding Actor in a Drama Series in 1996 and every year after that until 1999.

Kotto made his final film appearance in 2008 as Ricardo Bodi in “Witless Protection.” He is survived by Sinahon and six children. 6 charged with bid to smuggle arsenal to Mexican drug cartel

U.S. considering controlling exports to Russia if there is an invasion of Ukraine

EXPLAINER: Who are 3 officers on trial in Floyd’s killing?

Nigeria in Talks With Shell Over Onshore Divestment Plans

Nigeria is encouraging Royal Dutch Shell Plc to keep its onshore oil and gas business in the country instead of divesting it, as the company seeks to focus more on cleaner energy and offshore production.
Read more

The House GOP leader also denied being made aware of any red flags about Gaetz in the past.
Read more

In the face of unimaginable pain and loss, residents of a hard-hit Louisiana community vow to stay. A sense of place coupled with the bonds of family, friendship and community are stronger than the killer storms that upend their lives.
Read more

Sudan strongman is seen as an insider with powerful...

Gen. Abdel-Fattah Burhan, who led this week's coup in Sudan, has vowed to usher the country to an elected government
Read more

"ADOC does not have enough correctional staff to provide constitutionally adequate mental-health care to prisoners who need it," Myron Thompson wrote.
Read more

The sparkling Red Sea has some competition this weekend, as contestants from 80 countries take part in the 70th Miss Universe pageant.
Read more

Cast Members Get in the Halloween Spirit at Hong...

The spooky fun of Disney Halloween Time is back at Hong Kong Disneyland! Cast members were recently invited to an exclusive preview of “Let’s Get Wicked” – back at the resort this Halloween after a two-year hiatus. The hit musical stage show features the retu…
Read more

President Biden on Saturday praised the passage of the $1.2 trillion infrastructure bill, calling it a "once-in-a-generation investment" and "a blue-collar blueprint to rebuild America." Watch his remarks.
Read more

Greg Gutfeld: Something funny is happening to the Democrats...

Last year I got pretty emotional about what I saw coming. Especially in my city. Fewer cops on the street, while releasing violent felons onto the same street - meant more violence, more victims. You didn't have to be miss Cleo to see that coming.
Read more

Biden is set to deliver remarks Friday on the economy, after traveling the United States to sell his American Jobs Plan and American Families Plan.
Read more

Making a teacher fear for their safety is "unacceptable", the equality commission chair says.
Read more

Match of the Day 2: ‘Chris Wilder was Sheffield...

Match of the Day 2 pundits Martin Keown and Jermaine Jenas analyse what impact Chris Wilder's departure will have on the Sheffield United's future.
Read more

Buffalo Mayor Byron Brown (D) touted his expected victory as a rebuke of "socialism" and efforts to divert funding away from law enforcement.Brown was originally upset in a primary by Democratic Socialist India Wal...
Read more

The CDC's surprise announcement that fully vaccinated people can go maskless in most indoor and outdoor settings came after a year of public health officials urging mask use. The agency said it was based on science about the effectiveness of vaccines, but som…
Read more

Javy Baez, Francisco Lindor attempt to save face with...

Javy Baez and Francisco Lindor attempted to save face with New York Mets fans on Tuesday, following the explanation that their thumbs-down gestures were a statement that they weren’t going to tolerate boos anymore.
Read more

There are still not enough House lawmakers present for a quorum because more than 50 Democratic representatives have not been at the Capitol Building since mid-July.
Read more

What is Kamala Harris doing on her first foreign...

India lose a third wicket of the morning session as James Anderson has Cheteshwar Pujara caught behind for four on the first day of the fourth Test against England at The Oval.
Read more

Singapore's government is easing some of the tight social curbs it imposed to contain the spread of COVID-19, after infections stabilised in the city-state over the past month.
Read more

Biden faces several challenges as he marks one year...

Inflation, the COVID-19 pandemic and tensions between Russia and Ukraine are just some of the issues President Biden is facing as he embarks on his second year in the Oval Office. CBS News chief White House correspondent Nancy Cordes joins CBSN's Lana Zak wit…
Read more

Team USA women's basketball head coach Dawn Staley says she's keeping her focus on the task at hand and not getting distracted by her status as the first Black woman to hold the position."We got a job...
Read more

In a graveyard on Jakarta's outskirts, portraits of the dead, bouquets of flowers and other mementos serve as reminders of the deadly coronavirus wave that battered Indonesia over the summer. The neat lines of low dirt mounds are quieter now that burials hav…
Read more

The Mac is getting a ton of huge features...

Here are our early impressions of macOS Monterey, which bring exciting features such as Shareplay, an improved FaceTime experience and an all-new Safari to the Mac.
Read more

3 men sentenced in beating of gay couple in...

Honda's success with Red Bull this season has been built on the Japanese engine company's previous failures in F1, its technical boss says.
Read more

The famous cartoon schemer has an ingenious plan to lure Bugs Bunny out of his hole—and it involves a giant magnet and an iron carrot.
Read more

Clyburn said it is a breakthrough case and he is asymptomatic.
Read more

US and other countries ‘deeply concerned by reports of...

More than 20 countries, including the United States, issued a joint statement Saturday expressing deep concern over allegations of extra-judicial killings and disappearances of former member of former security forces in Afghanistan.
Read more

Whats buzzing on social media this morning:  Fans of Britney Spears rallied outside a California courthouse Friday after a judge dissolved a conservatorship arrangement...
Read more

Galaxy M series could get another battery monster

The Galaxy M32 could come with a massive battery pack and could be priced affordably though there is no information around the launch date as yet.
Read more

The spokesman for resurgent Tigray forces in Ethiopia says if forces from the neighboring Amhara region launch a threatened offensive on Saturday, “we’ll extend a warm welcome.”
Read more

Baltic states step up in arming Ukraine against potential...

The three countries said they “stand united in their commitment to Ukraine’s sovereignty and territorial integrity in face of continued Russian aggression.”
Read more

Tokyo Paralympics organisers opened a repair centre on Sunday for prosthetic limbs, wheelchairs and other equipment in the athletes' village ahead of next week's start of the Games.
Read more

The reaction from many people was one of genuine alarm— but does the report really provide anything new or alarming?
Read more

"We are pleased that Mr. Spears and his lawyer have today conceded in a filing that he must be removed," Britney Spears' attorney said. "It is vindication for Britney."
Read more

Chinese factories set on fire and at least 38...

Myanmar security forces killed at least 38 people Sunday in one of the deadliest days since the military seized power in a coup, and declared martial law in six areas after Chinese-funded factories were set on fire.
Read more

HarmonyOS 2: what you need to know about Huawei’s...

Twitter gets $1.05 billion richer after completing its sale of MoPub to AppLovin
Read more

President Joe Biden and leading Democratic lawmakers, including Colorado Sen. Michael Bennet and Connecticut Rep. Rosa DeLauro, have been fighting to make permanent a child tax credit that would give families at least $300 a month per child
Read more

The Transportation Department issued an order on Friday blocking 44 flights from China to the U.S. after China blocked tens of U.S. to China ...
Read more

It’s not clear yet if Omicron is a milder...

The research is still early on the virulence of the Omicron coronavirus variant -- but what's abundantly clear, according to experts, is that it's poised to spread rapidly across the US and will likely overwhelm a battered US health care system.
Read more

Former Vice President Walter Mondale, who was also the Democratic nominee for president in 1984, died on Monday at the age of 93, ...
Read more

Vice President Kamala Harris is scheduled to give the graduation address at the U.S. Naval Academy's commissioning ceremony
Read more

Apple tipped to launch a foldable phone in 2023...

An Apple analyst, in a new investor note, has rekindled rumours about a foldable iPhone. He said that the company expects to ship up to 20 million units of this model in 2023.
Read more

Chris Woakes is out for 44, bowled by Jhye Richardson, after digging in alongside Jos Buttler attempting to save the second Test in Adelaide.
Read more

A safeguarding body says there was a fall in child protection referrals in the first Covid lockdown.
Read more

Disney’s Saratoga Springs Resort & Spa cast members and guests are off to the races … the horse races, that is! The resort celebrated its annual Race Week — a nod to the Travers Stakes thoroughbred horse race that takes place at the resort’s namesake, Saratog…
Read more

Tough decisions about who gets an ICU bed are...

Some hospitals in the United States are growing close to reaching full capacity as Covid-19 continues to spread, and soon officials could be making choices about who gets an ICU bed, Dr. Anthony Fauci told CNN.
Read more

The chief lighting technician for "Rust" filed a lawsuit on Wednesday against some of the film's producers, including Alec Baldwin, the film armorer and assistant director, citing negligence over how they handled a ...
Read more

Less than 10% of Texas' rental assistance has been dispersed to tenants in need.
Read more

A large part of the money is for pandemic-related pressure including the cost of substitute teachers.
Read more

Your Weekend Reading: A Cop’s Conviction and America’s Racial...

Asian shares rise after US stocks gain for fifth day