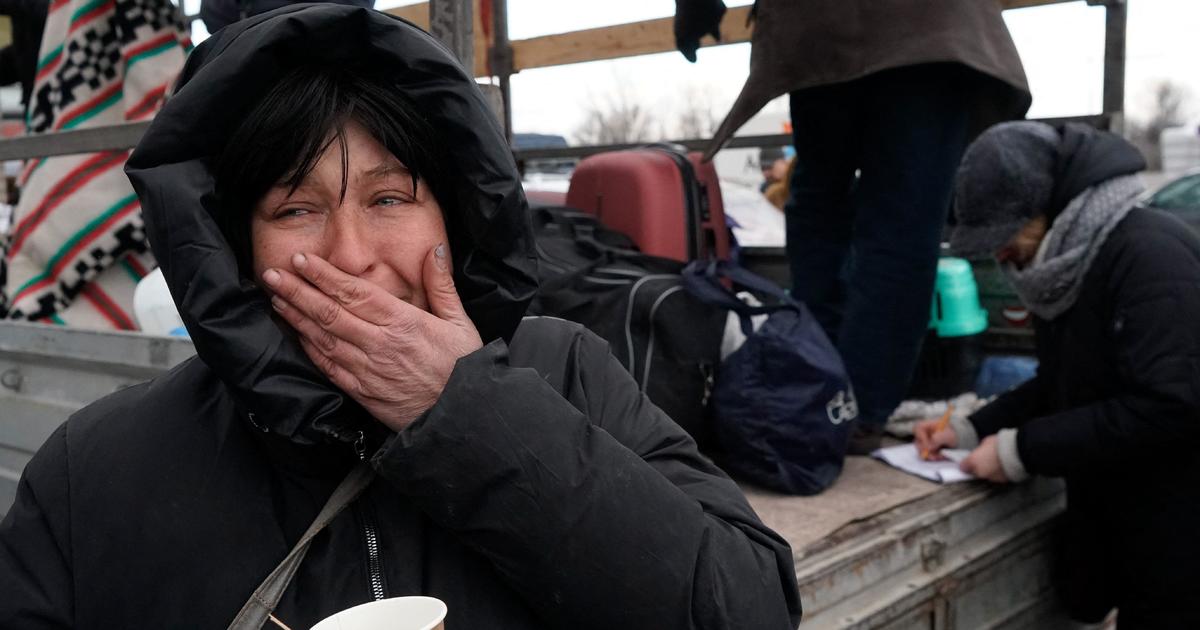 Russian forces struck a theater where “hundreds” of civilians were sheltering in the besieged port city of Mariupol on Wednesday, local officials and Ukraine’s minister of foreign affairs said. There was no immediate word on deaths or injuries.

“The building is now fully ruined,” tweeted Minister Dmytro Kuleba, along with a purported photograph of the destroyed theater. “Russians could not have not known this was a civilian shelter.”

Another horrendous war crime in Mariupol. Massive Russian attack on the Drama Theater where hundreds of innocent civilians were hiding. The building is now fully ruined. Russians could not have not known this was a civilian shelter. Save Mariupol! Stop Russian war criminals! pic.twitter.com/bIQLxe7mli

The Mariupol city council said on Telegram that Russia “purposefully destroyed the Drama Theatre, where hundreds of people are hiding.”  The council said a plane dropped a bomb on the building, destroying the “central part” of the theater and the “entrance to the bomb shelter in the building.”

“It is still impossible to estimate the scale of this horrific and inhumane act,” the city council said on Telegram.

Other images and video purportedly showing the aftermath of the strike were posted on social media.

Mariupol, a southern seaport of 430,000 residents, has become a symbol of Russian President Vladimir Putin’s drive to crush democratic Ukraine – but also of a fierce resistance on the ground.

In the nearly three weeks since Russia’s war began, two Associated Press journalists have been the only international media present in Mariupol, chronicling its fall into chaos and despair. The city is now encircled by Russian soldiers, who are slowly squeezing the life out of it, one blast at a time.

Several appeals for humanitarian corridors to evacuate civilians went unheeded, until Ukrainian officials said Wednesday that about 30,000 people had fled in convoys of cars. Airstrikes and shells have hit the maternity hospital, the fire department, homes, a church, a field outside a school. For the estimated hundreds of thousands who remain, there is quite simply nowhere to go.

Evacuees from Mariupol are seen upon arrival at the car park of a shopping center on the outskirts of the city of Zaporizhzhia, which is now a registration center for displaced people, on March 16, 2022.

The surrounding roads are mined and the port blocked. Food is running out, and the Russians have stopped humanitarian attempts to bring it in. Electricity is mostly gone and water is sparse, with residents melting snow to drink. Some parents have even left their newborns at the hospital, perhaps hoping to give them a chance at life in the one place with decent electricity and water.

People burn scraps of furniture in makeshift grills to warm their hands in the freezing cold and cook what little food there still is. The grills themselves are built with the one thing in plentiful supply: bricks and shards of metal scattered in the streets from destroyed buildings.

Death is everywhere. Local officials have tallied more than 2,500 deaths in the siege, but many bodies can’t be counted because of the endless shelling. They have told families to leave their dead outside in the streets because it’s too dangerous to hold funerals.

Many of the deaths documented by the AP were of children and mothers, despite Russia’s claims that civilians haven’t been attacked. Doctors say they are treating 10 civilians for every injured Ukrainian soldier.

“They have a clear order to hold Mariupol hostage, to mock it, to constantly bomb and shell it,” Ukrainian President Volodymyr Zelenskyy said on March 10.

Video calls are finally getting better for virtual machine...

Funeral held for first of 2 Poles killed in...

Gun applicants in NY will have to hand over...

How a Trump-backed election denier won in Maryland with...

Martina Navratilova: Lia Thomas wins should have an ‘asterisk’

Juul can temporarily keep selling its vaping products in...

Video: Reflecting on a year without Jon Jones and...

Italy: Outcry over killing of African migrant in town...

Ukraine asks Red Cross not to open office in...

Man sentenced to life term for killing of Iowa...

When is Spider-Man: No Way Home coming to streaming...

Alex Morgan leads US women’s soccer to victory over...

Man convicted of threatening to kill Sen. Manchin and...

Intel doubles down on graphics cards with next-gen Arc...

Senate stands alone with vets and spending on deck

Coup? Insurrection? Uprising? America Can’t Even Decide What to...

Gordon Brown: ‘You cannot allow children and pensioners to...

Scientists say temperatures are getting ‘hotter faster’ than their...

US names and shames Venezuelan doctor as notorious ransomware...

3 members of a SWAT team shot in Philadelphia

Have Cowboys found a blueprint to winning without Dak...

Sony A9 III: everything we know so far and...