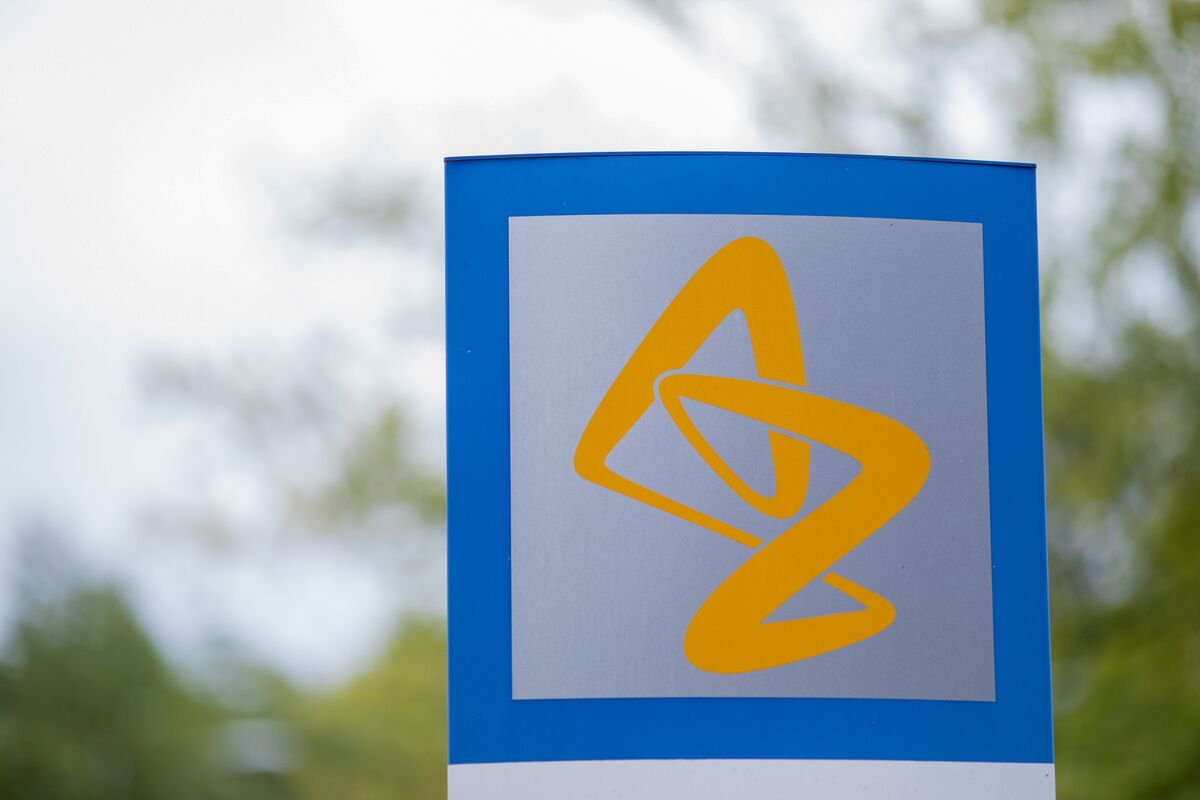 AstraZeneca Plc agreed to supply the U.S. with as many as half a million more doses of its Covid-19 antibody cocktail for $205 million.

Combined with previous contracts, that brings the total U.S. supply to as many as 700,000 doses, the company said in a

statement Tuesday. The medicine, AZD7442, is in late-stage clinical trials and would help protect people who cant be vaccinated or treat those who are already infected.

The U.S. has agreed to contribute as much as $726 million for the development and supply of the antibody treatment on the condition that it gain regulatory approval.

AZD7442 has proved effective against variants of the virus in early testing, a potentially key development for vulnerable populations unable to receive vaccines.

While vaccines can protect the general population from disease, not everyones immune system can respond adequately. High-risk people such as cancer patients may need drugs like monoclonal antibodies that can neutralize the virus and mimic the necessary immune response to avoid infection. Astra is running five advanced-stage trials of its antibodies.

Other companies are also working on similar projects. A neutralizing antibody from

Eli Lilly and Co. was granted emergency approval in the U.S in November as a treatment for patients at high risk of progressing from a mild to severe case or hospitalization. Lilly also teamed up with

last month to test a combination of their antibodies as the virus variants present a new threat.

Winter Olympics tickets won’t be sold to general public due to...

God of War developer says it’s ‘awesome’ the game can be...

Afcon 2021: Pierre-Emerick Aubameyang will return to Arsenal for further medical... Winter Olympics tickets won’t be sold to general public due to... God of War developer says it’s ‘awesome’ the game can be... Afcon 2021: Pierre-Emerick Aubameyang will return to Arsenal for further medical... Vanessa Bryant said she learned about the death of her husband by seeing "RIP Kobe" notifications.
Read more

The Dixie Fire has torched almost half a million acres in California and on Sunday it officially became the state’s second-largest wildfire ever, according to California’s Department of Forestry and Fire Protection.
Read more

Media hit for ‘sophomoric and ridiculous’ take on Biden’s...

Lawmakers roll out bill to protect critical infrastructure after...

A group of bipartisan House lawmakers on Thursday introduced legislation intended to protect critical infrastructure from cyberattacks in the wake of an unsuccessful hack of a Florida water treatment facility....
Read more

Checkout.com is leading a $110 million funding round for Saudi payments firm Tamara in one of the Middle East’s largest-ever startup investments as demand booms for e-commerce and fintech solutions.
Read more

Britain's George Russell says he has proved he can fight for world titles and wants a car that will allow him to do that.
Read more

Nothing Can Eat Australia’s Cane Toads—So They Eat Each...

The species' relentless invasion of the continent has taken a turn towards cannibalism.
Read more

Cabinet reshuffle: Where did it go wrong for Gavin...

The reshuffle has seen the removal of an education secretary much criticised during the pandemic.
Read more

Astronaut Scott Kelley spoke to CBS news about his plan to spend a year in space aboard the International Space Station while his twin brother Mark stays on earth. As Don Dahler reports, the mission could provide crucial data needed in setting up a trip to Ma…
Read more

The yen retreated to a near one-month low to the dollar on Tuesday as safe-havens fell out of favour after Wall Street's rally to a record high consigned Omicron concerns to the background.
Read more

Former Food and Drug Administration Commissioner Scott Gottlieb on Sunday said the new federal vaccine mandate announced by President Biden could "discourage some vaccination" in the near term."I...
Read more

Amy Bockerstette has been breaking barriers. She is the first person with Down syndrome to compete in a national collegiate athletic championship. Her story can teach us all that limits are meant to be broken. Norah O'Donnell shares more.
Read more

Why Vaccine Lotteries Missed the Mark

Complaints pour in over UK presenter’s comments on Meghan

Covid in Scotland: Discharge link to outbreaks ‘cannot’ be...

More than 5,000 patients were sent to care homes between March and May last year - many without a test.
Read more

PS5 owners can now buy another PS5… thanks to...

Sony is sending out purchase invitations to those who already own a PS5, which might frustrate those still on the hunt for the elusive console.
Read more

The European Central Bank left its crisis-fighting tools unchanged, asserting that its current stimulus settings are powerful enough to put the economy on track for a rebound later this year.
Read more

Megan Swann is also the youngest person to ever lead the 116-year-old society.
Read more

Former House Speaker Paul Ryan (R-Wisc.) said  its "really clear" that President Biden won the 2020 election, as fellow Republicans in his home state gear up for an audit of presidential ballot...
Read more

Top-seeded Bianca Andreescu needed just 61 minutes on Monday to post a 6-1, 6-2 victory over Spanish qualifier Andrea Lazaro Garcia in the first round of the Internationaux de Strasbourg in France.
Read more

South African business sentiment dropped to a one-year low in September as economic activity, hamstrung by restrictions to curb the coronavirus pandemic and deadly riots in July, continues to normalize.
Read more

Rittenhouse, 18, killed two men and wounded a third in the summer of 2020 during a turbulent protest against racial injustice.
Read more

We spent two nights on patrol with the NYPD....

CNN joined officers of the 46th Precinct on patrol in the South Bronx on two busy nights and found them responding to a crime wave on a scale they have never experienced.
Read more

Half the world don’t own/owns a smartphone

The smartphone is the most successful computer of all time. And the research firm Strategy Analytics has predicted that 5 billion people will be using smartphones worldwide by 2030.
Read more

The Washington Nationals are postponing their game against the Philadelphia Phillies on Wednesday due to a COVID-19 outbreak on the team. Four players and eight staffers tested positive for the c...
Read more

Ma’Khia Bryant will be laid to rest in a funeral service at the First Church of God “The City” Friday afternoon.
Read more

President Biden is racing to get his court picks on the bench, but he's sidestepping vacancies in states with Republican senators.Among Biden's Senate-confirmed picks, and the vacancies where he'...
Read more

N. Korea: New sanctions are an act of war

North Korea has called new U.N. sanctions against the country "an act of war" that violates its sovereignty. North Korea's foreign ministry said in a statement the sanctions are tantamount to a total economic blockade of the country.
Read more

Nationalist sentiment rises as China off to strong start...

The Olympics has long been an occasion for celebrating national pride. And for an increasingly confident China, the Tokyo Games is seen as the latest opportunity to showcase its national strength, as it looks to challenge the United States for top spot on the…
Read more

YouTube is experimenting with new designs for the like and dislike buttons that do not show the public dislike count on videos. But the jury is still out on whether to continue with the dislike button or not.
Read more

Murray had 19 points and 10 rebounds to lead a balanced attack as the San Antonio Spurs beat the Detroit Pistons 109-99 on Monday.
Read more

A group of Midwestern Native American “solar warriors” is working to help tribes break cycles of energy poverty and what they call “colonial exploitation” with access to locally controlled, low-cost renewable power.Recently rebranded the...
Read more

King Khufu's Boat, an ancient vessel that is the oldest and largest wooden boat discovered in Egypt, has been painstakingly moved from its longstanding home next to the Giza pyramids to a nearby giant museum, officials said on Saturday.
Read more

In celebration of World Princess Week, we’re introducing you to Disney Cruise Line crew member, Samantha, an Entertainment Hostess on the Disney Dream Entertainment team. As part of her role, she gets to help the Disney princesses, Mickey and his friends crea…
Read more

This week on "Face the Nation," we talk exclusively with two key players in the drama that's likely to impact every American.
Read more

Kansas Gov. Laura Kelly (D) on Thursday vetoed a bill that aimed to ban transgender women and girls from participating in women's or girls' sports.Kelly said the bill "...
Read more

One school bus driver took matters into his own hands when a disabled child struggled to get on board.
Read more

Ever Given: Egypt agrees deal to release ship that...

At least 20 die as freezing rain and winds hit a cross-country race in a mountainous tourist site.
Read more

JPMorgan Chase & Co Chief Executive Officer Jamie Dimon said in a television interview on Tuesday that it could take six to nine months for consumer loan growth to return to normal.
Read more

World no.1 tennis player Novak Djokovic is waiting to hear whether Australia will seek to cancel his visa for a second time, after being released from immigration detention three days ago when a court ruled he could stay.
Read more

Missed the second half of the show? The latest on Israeli and Hamas fight, security at the Capitol, individual assessments of COVID-19, and isolated learning's detrimental effect on education.
Read more

More than a million people across North Yorkshire and parts of the North East were affected.
Read more

Beijing accuses US of inciting Lithuania over Taiwan

Beijing has accused Washington of inciting Lithuania to “contain China” in a feud over the status of self-ruled Taiwan after U.S. officials expressed support for the European Union-member country in the face of Chinese economic pressure
Read more

Microsoft has snuck out its Windows Server 2022 release

Second Gentleman Doug Emhoff lit the first candle at the annual lighting of the National Menorah on Sunday to kick off the first night of Hanukkah, according to...
Read more

Are Tottenham real contenders for a Champions League spot?

Tottenham's draw against WSL leaders Arsenal was another statement of intent in their pursuit of Champions League qualification.
Read more

POLITICO identified more than 20 properties around the Capitol owned by business groups and others lobbying Congress.
Read more

Passengers aboard a boat that sank near San Diego...

Passengers aboard a vessel that sank near San Diego on Sunday told investigators they each paid thousands of dollars to be smuggled into the US, according to a federal complaint filed Wednesday against the suspected captain of the boat.
Read more

A gunman fatally shot a firefighter at a fire station in Los Angeles County in the latest incident of gun violence across the U.S. Jamie Yuccas reports.
Read more

Injured backs Chris Farrell and Jordan Larmour are released from the Ireland camp before the game with the United States, along with Peter O'Mahony, who starts his off season.
Read more

Tennessee Republican Sen. Bill Hagerty criticized the liberal groups that called on the Biden administration to soften its stance on China, saying the U.S. adversary will not behave in a “rational” manner on its own in a Saturday interview.
Read more