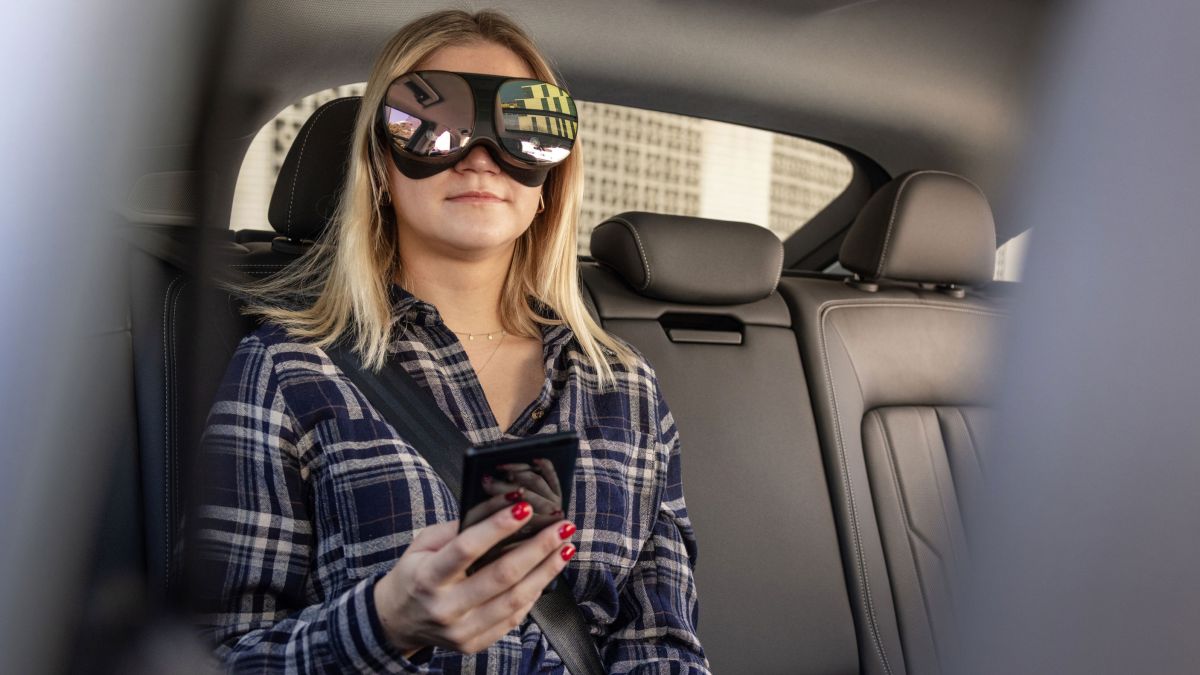 In-car technology is reaching new heights in 2022. Infotainment systems and safety equipment are becoming more advanced by the day, and automakers are putting the features to use in exciting ways.

Starting in June 2022, passengers will be able to use HTC’s Vive Flow virtual reality glasses (or any other Bluetooth VR headset that’s been Holoride given support – devices TBC) to view games, films, and other content. Owners of MIB 3-equipped Audi models can take advantage of the service:

Audi says the technology will be able to adapt custom virtual content “to the car’s driving movements in real-time: For example, if the car is taking a right turn, the spaceship in the imaginary world will also fly to the right. If the car accelerates, the spaceship speeds up too.”

Holoride is being launched first in the United States and Europe (starting with Germany and the United Kingdom). Other countries in Europe would be added in 2023 and Audi has said it will expand to Asian markets in the future too.

Audi first unveiled holoride at the Consumer Electronics Show (CES) in 2019 and teamed up with Disney on a Marvel Universe VR in-car experience.

In 2021, the automaker toured California game studios to show off the technologies, and later that year, at IAA 2021 in Munich, attendees could take demo rides in an Audi e-tron.

While holoride will initially be reserved for back-seat passengers, Audi sees a world where the tech plays a role in autonomous vehicles. Without a need to drive the car, the driver and passengers will be able to learn, work, and play games on the go with the technology.

While an in-car virtual reality system with glasses and video games may sound a little “out there” on the surface, it’s important to note that we’ll likely see other creative approaches to provide infotainment services in cars.

Self-driving cars aren’t a thing yet, but we’re clearly headed in that direction, so automakers are scrambling to make sense of that future and what it means for their products and customers. Audi’s vision is one of immersive content and entertainment, but another automaker might come up with a different answer to the question.

There’s really no downside for buyers and owners here, either, as holoride will be available for most Audi models. Audi’s customers get advanced entertainment tech to coddle back-seat passengers and Audi gets a real-world proving ground for its new tech.

It’s unclear how or if the technology could be used in driver assist or safety tech, so there’s a possibility Audi adds new features over time.

There’s also no word yet on how much the Holoride upgrade will cost, but it’s probably not going to come cheap. Plus, the HTC Vive Flow VR headset which features in Audi promotional photography (as seen above) costing $499 / £499 (around AU$675) alone. Judds, Ray Charles to be inducted into Country Hall...

‘Support has been off the chain’: Ice Cube brings...

Turkey’s Erdogan does not rule out dialogue with Syria...

Most Euro-Zone Consumers Didn’t Actually Save More in Pandemic

Tesla Converted About 75% of Bitcoin Purchases to Fiat...

Review: A novel with recipes pokes fun at church...

6 ways to wake up without coffee

China’s Extensive Covid Testing Is Racking Up Quite a...

Rab Wardell: The cyclist who could do anything on...

Sarah Palin dined inside NYC restaurant on Saturday despite...

Canada to require a warning be printed on every...

Ireland in New Zealand: Cian Healy’s injury ‘does not...

China’s exports pick up speed in June as economy...

Man kills woman with an axe in Berlin

‘No poop July’ jokes are all over TikTok. Some...

Viruses to Fight Superbugs? Scientists Are Working on It

No injuries reported after shooting at Mall of America

Tucker Carlson: It’s terrifying that Americans are being denied...