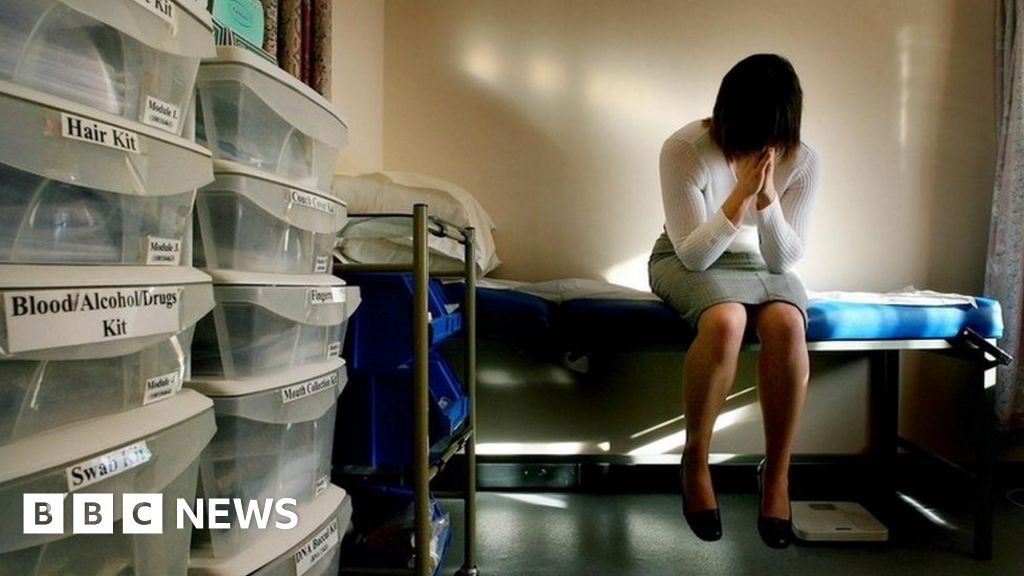 The Court of Appeal has dismissed a legal challenge against the Crown Prosecution Service over its policy on prosecuting serious sexual offences.

End Violence Against Women said a move away from a “merits-based approach” by the CPS in 2016-18 was “unlawful”.

The CPS said there was no “substantial change” in how cases were treated.

The court agreed with the CPS, ruling the removal of references to the “merits-based approach” in guidance “was not a change of legal substance”.

The Lord Chief Justice Lord Burnett, sitting with Lord Justice Holroyde and Lady Justice Elisabeth Laing, said: “We do not consider that it was unlawful to decide to remove references to the merits-based approach from the Director of Public Prosecution’s legal guidance.

“Stripped of references to the merits-based approach, the remaining guidance is not unlawful.”

Lord Burnett added: “We reject the submission that the decision created any risk of systemic illegality.” Fauci: US unlikely to return to lockdowns

Dr. Anthony Fauci, President Biden's chief medical adviser, said on Sunday that he does not think the United States will return to lockdowns, even as the number of coronavirus cases in the country spikes largely bec...
Read more

Who’s winning the war on terror?

Michael Morell, the former deputy director of the CIA, discusses America's victories (and setbacks) in the fight against terrorism, over 13 years after 9/11.
Read more

After uncertainty over whether COVID-19 would force South Africa to postpone local government elections, the courts have ruled that the crucial polls should move ahead
Read more

This week on "Face the Nation" with Margaret Brennan, an exclusive conversation with House Speaker Nancy Pelosi on what to expect from Democrats in 2022, plus a look at voting laws in America and a conversation with New York City Mayor Eric Adams.
Read more

These true wireless earbuds bring you a 'whisper mode' for call privacy and a Plug & Wireless feature to pair up with any device.
Read more

The Samsung Galaxy Note 22 could be one of the best phones of 2022 - or it could be canceled. Here's what we know so far.
Read more

The pop star displayed an eye-popping new look on Wednesday that sent shockwaves through social media to the tune of more than 3 million hitting the “like” button on a photoshoot Lipa posted to Instagram.
Read more

Colorado Emergency Services May Not Respond to Calls That...

Vice President Pence on Thursday lambasted the Biden administration's work in its first months in office and sought to position himself as a potential torchbearer of the conservative agenda moving forward in a speech to N...
Read more

China rejects WHO plan for further study into COVID-19...

A senior Chinese health official on Thursday said Beijing could not accept the World Health Organization's (WHO) plan for opening a second phase of its study into the origins of COVID-19....
Read more

Toyota announced that it will invest 4 trillion yen, or about $35 billion, into 30 models of battery-powered electric vehicles by 2030.The Japanese automaker's CEO Akio Toyoda said Tuesday it is also aiming to incr...
Read more

Rizgar Hussein hasn't heard from his family since the Channel disaster on Tuesday.
Read more

The leader says he backs a plan to end the fighting in Panjshir Valley, an anti-Taliban stronghold.
Read more

So far, Earth is having the second-hottest year on...

‘I was just shattered’ – Williams falls asleep during...

Sen. Lindsey Graham (R-S.C.) personally investigated former President Trump's claims of electoral fraud in the days following the 2020 election and found them to be elementary and lacking in substance, according to a new...
Read more

The secret that this UFO report exposes

Sometime later this month, Congress is expected to receive a detailed report from the Defense Department and the Office of the Director of National Intelligence that provides -- in far greater detail than ever before -- what the government knows about unident…
Read more

Harry Kane: Tottenham striker says he will stay at...

England captain Harry Kane says he will be "staying at Tottenham this summer" and is "100% focused on helping the team achieve success".
Read more

Manchin says ‘good adjustments’ have been made on Democrats’...

Sen. Joe Manchin (D-W.Va.) expressed some degree of openness to the latest iteration of Democrats' proposed program to cut methane emissions from the oil and gas sector on Wednesday, telling reporters that "good adj...
Read more

Alec Baldwin says he doesn't feel guilty in the shooting death of a cinematographer on the set of his film, "Rust," because someone else "is responsible.""I feel that someone is responsible for what happened, and I...
Read more

Comedian Sarah Silverman is adding her voice to the chorus of celebrities urging Congress to swiftly pass a sweeping voting and elections reform package.Her message to lawmakers, however, is unique: Stop being "a**...
Read more

An Israeli study looking into the effects of a fourth total, or second booster, of the Pfizer-BioNTech COVID-19 vaccine showed with a "high degree of certainty" it's safe and increased antibodies by fivefold one week post...
Read more

Why Is Hong Kong Doubling Down on Its Covid...

A Q&A with Hong Kong’s Secretary for Food and Health Sophia Chan on the territory’s struggle to balance safety with its role as an international financial center — and why stringent border controls may not be eased anytime soon.
Read more

Irmgard Furchner is accused of complicity in more than 11,000 murders but the judge says she has fled.
Read more

Colleges are preparing for a flood of students returning to on-campus dorm life this semester, after many spent the past year studying remotely. One problem? There’s not enough housing for everyone.
Read more

Coach Simon Middleton challenges England to "mark themselves in history" over the next 12 months after they stretched their winning streak to 17 Tests with victory over Canada.
Read more

Sian Pierre gave his mother a hard time growing up with not much money. But since she got fired from her job, he's showing her just how grateful he is by helping her fulfill her bucket list, one trip at a time. Steve Hartman reports.
Read more

Since Feb. 1, 2020, the Centers for Disease Control and Prevention estimate there have been 942,431 excess deaths in the U.S.
Read more

Call to remove Black pastors adds to agony in...

Hundreds arrested around the world in huge global organized...

America’s reckoning with racial justice moved from the streets to the courtroom in 2021, with complicated results.In April, former police officer Derek Chauvin was found guilty of murdering George Floyd on a Minneapolis street 11 months before, in...
Read more

Thierry Baudet is ordered by a court to delete social media posts comparing the unvaccinated to Jews.
Read more

Rep. McCaul: It’s time to consider ‘hitting back’ at...

“Sanctions are great, but I think it’s time to start thinking about hitting back,” the top Republican on the House Foreign Affairs Committee said.
Read more

Yale University confirms its controversial Vinland Map is a...

Yale University says the matter is settled on its controversial Vinland Map: It's a fake.
Read more

A staggering 30,177 American active military personnel and veterans involved in post-9/11 wars are estimated to have died from suicides – a figure at least four times greater than the 7,057 service members who were killed in combat during that time, a new res…
Read more

Ethiopia’s government says its military could re-enter the capital of its embattled Tigray region within weeks, calling into question the unilateral cease-fire it declared in Tigray just days ago
Read more

Dallas official removed from meeting for not wearing mask

Dallas County Commissioner J.J. Koch (R) was removed from a courtroom Tuesday for not wearing a mask, ...
Read more

LeBron James got the COVID vaccine despite skepticism

"I felt like it was best suited for not only me but for my family and my friends," James said Tuesday.
Read more

Islamic State claimed responsibility for a suicide bomber attack at a Shi'ite mosque in the southern Afghan city of Kandahar which left dozens killed and injured, a statement posted by the group’s Amaq news agency said on Friday.
Read more

Trump is the Democratic secret weapon

Donald Trump is bad for the party, but his popularity with GOP partisans hinders his party from reaching out to the many Americans who don't like him.
Read more

Rep. Pramila Jayapal, D-Wash., said on MSNBC’s "The Sunday Show" that Twitter’s permanent ban on the personal account of Rep. Marjorie Taylor Greene, R-Ga., is "too little" and "too late."
Read more

President Biden used a summit with Russian President Vladimir Putin to confront Moscow over its aggressive behavior in cyberspace and communicate that there would be future consequences if Russian state-backed cyberattacks continue.
Read more

The red-hot U.S. housing market is widening the gap between what a home is objectively worth and what eager buyers are willing to pay for it
Read more

Sen. Elizabeth Warren (D-Mass.) is urging Amazon to create a plan to modify its algorithm after her staff found books spreading misinformation about the COVID-19 pandemic prominently displayed in searches about the ...
Read more

Smith scores in 2nd OT to lead Bruins past...

Craig Smith scored 5:48 into the second overtime Wednesday night to give the Boston Bruins a 3-2 victory over the Washington Capitals and a 2-1 lead in their East Division first-round playoff series.
Read more

The papers: Fight against more lockdowns and Bercow joins...

An attempt to limit any further Covid restrictions is among a range of stories on the front pages.
Read more

Nancy Pelosi: ‘Sanctity of the vote is very much...

The House speaker tells the BBC that American democracy is in peril if voting rights reform fails.
Read more

Police presence to ramp up in Times Square after...

Taiwan has deployed the most advanced version of the F-16 fighter jet in its air force, as the self-ruled island steps up its defense capabilities in the face of continuing threats from China
Read more

Queen to meet US President Joe Biden next week

Mr Biden, who will visit the UK for the G7 summit, will be the 12th US president to meet Her Majesty.
Read more

The Popes After Christianity

How does a Church navigate the dangers of a post-Christian Western world? The post The Popes After Christianity appeared first on The American Conservative.
Read more

Training salespeople in the complex new world of EVs is turning out to be one of the biggest hurdles to getting Americans to buy.
Read more

The Wyoming Republican Party passed a resolution this week removing Rep. Liz Cheney from the state party. A Cheney spokesperson clapped back at the move.
Read more

Supporters at Alabama rally boo Trump after he tells...

Some members of a crowd gathered in Cullman, Ala., briefly booed former President Trump after he told those at his rally to take the coronavirus vaccine."And you know what? I believe totally in y...
Read more

Iran tried to recruit me as a spy, says...

A British-Australian academic said she suffered "psychological torture" while jailed in Iran and claims Tehran tried to recruit her as a spy, in her first interview since she was released last year.
Read more

A New Group Aids Facebookers Who Want to Launch...

Microsoft Teams update will make it easier to mute your most annoying...