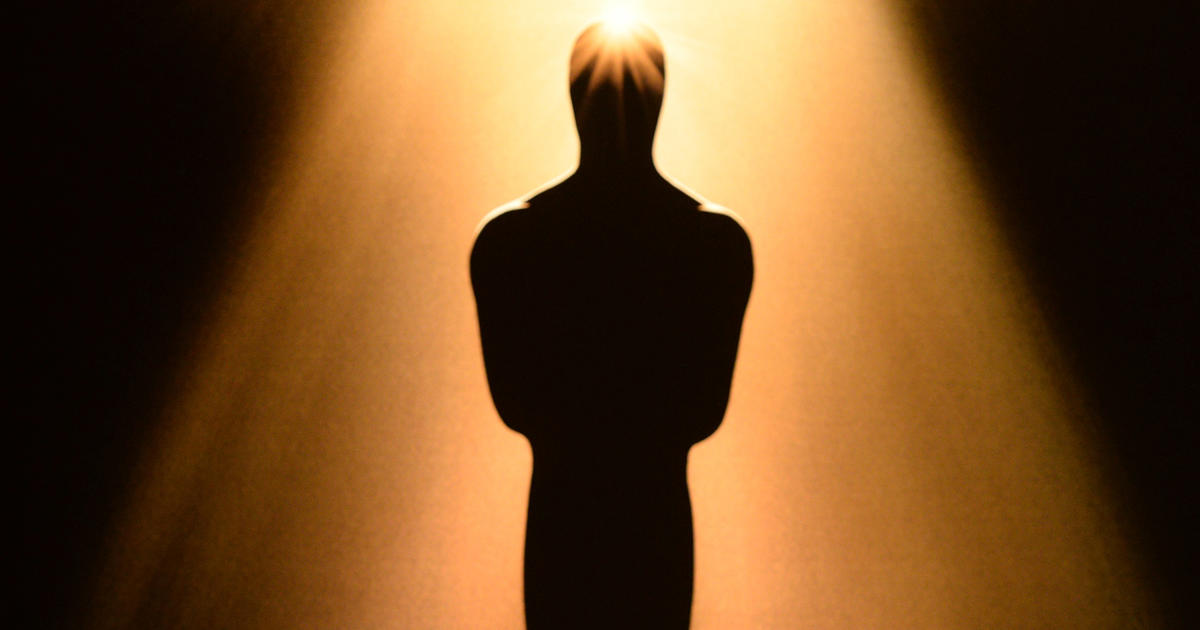 The nominees for the Oscars are being revealed Monday morning. The Academy of Motion Picture Arts and Sciences announced in June that it was delaying all Oscar events as the country was grappling with the coronavirus pandemic.

The pandemic has forced organizers of the annual awards shows to find new ways to honor excellence in movies, music and television. Last month, actors attended the Golden Globe Awards virtually while the ceremony was hosted in both Southern California and New York.

At the Globes, “Nomadland,” starring Frances McDormand, won the award for best drama picture, and “Borat Subsequent Moviefilm” was named best musical or comedy picture. The “Borat” sequel’s star, Sacha Baron Cohen, won the Globe for best actor in a musical or comedy.

The “Cajun King” was known for delivering a steady supply of memorable one-liners as well as for his deft political instincts.
Read more

In UK, Star-Spangled Banner played at Windsor Castle to...

Twenty years after Queen Elizabeth II requested the Star-Spangled Banner be played outside Buckingham Palace in solidarity with the United States, a day after 9/11, the U.S. anthem played once again to mark the 20th anniversary of the attacks.
Read more

The Witcher season 2 has finally a release date...

The Witcher season 2 has a release date of December 17, 2021, ending months of speculation about its return.
Read more

The following is a transcript of an interview with YMCA President and CEO Kevin Washington that aired Sunday, May 30, 2021, on "Face the Nation."
Read more

The so-called "Satan Shoes" recently dropped by Lil Nas X that contain a drop of human blood and were priced for upwards of $1,000 reportedly sold out their limited 666 pairs in seconds on Monday....
Read more

The effects of fracking on nearby water sources may be worse than previously thought, according to a new study that found hydraulic fracturing can alter the composition of surface water and not just groundwater....
Read more

Google to stop selling Glass, at least for now

Prominent civil rights lawyer Sherrilyn Ifill will leave her post as the head of the NAACP Legal Defense Fund this coming spring after holding the position for nearly a decade.Ifill will be succ...
Read more

South African stocks rallied to a record on Friday, driven by sharp gains in Richemont, after the luxury giant’s earnings beat.
Read more

The killing comes amid increasing reports of escalating repression of women in Afghanistan.
Read more

Arsenal head to Liverpool unbeaten in eight after losing their first three league games, but just how far have the Gunners come under Mikel Arteta?
Read more

Crysis may be getting a battle-royale according to leaked...

A new leaked video on 4Chan seems to indicate that Crysis is getting a battle-royale mode. The video, though, showed an in development game.
Read more

A further 3,285 cases of the virus have been recorded in Scotland, with 12.6% of tests positive.
Read more

Walt Disney Co. raised the price of its Hulu streaming service by $1 -- to $7 a month for the version that has advertising and to $14 a month without ads.
Read more

The IRS says families will receive a bigger child...

The vast majority of American families with children will automatically receive up to $300 per month per child under the 6 beginning July 15.
Read more

Japan is calling for further investigation into the origins of COVID-19, saying the WHO report was based on work that faced delays and lacked access to essential virus samples
Read more

The indictment of Clinton-linked Perkins-Coie attorney Michael Sussmann by Special Counsel John Durham is an important development in the probe, but not necessarily key to the entire genesis of the Russia investigation – which Durham is probing – former Direc…
Read more

A favorite past-time of elderly Asians has been implicated as a major driver of China’s current outbreak of delta virus cases, sparking the shutdown of tens of thousands of mahjong dens across the nation.
Read more

England bowler Adil Rashid is the third player to say he heard Michael Vaughan make a racist comment to a group of Asian cricketers.
Read more

Remaining metal fencing around Capitol set to come down

Removal could start as soon as Friday and finish within three days.
Read more

A Black teenager in Fairfield, Connecticut, was the target of a racist Snapchat post allegedly made by a classmate earlier this month, according to the teen's mother and the Fairfield Police Department.
Read more

England suffer a demoralising first day of the second Test as an unbeaten KL Rahul century leads India towards a huge total at Lord's.
Read more

Here's a look at the top stories making headlines on the "CBS Weekend News" anchored by Jericka Duncan.
Read more

The massive wheel was opened in Dubai with a lavish fireworks display to mark the occasion.
Read more

General Electric is combing its aircraft leasing business with Ireland’s AerCap Holdings in a deal valued at more than $30 billion, a big step in what has become a six year endeavor to reshape the one-time global conglomerate
Read more

Toya Graham, the mom who was seen angrily reprimanding her son for throwing rocks at the police, explains why she smacked her son in a video that went viral. Watch more of her interview on "CBS Evening News with Scott Pelley" Tuesday night and "CBS This Morni…
Read more

Razer has taken an established concept and improved it, creating one of the best gaming mice on the market.
Read more

Is this the best 55-inch OLED TV out there?

If you’re after a 55-inch 4K TV that really pulls out all the stops, the Panasonic JZ2000 may have you sorted.
Read more

‘Old friends?’ For Xi and Biden, not necessarily

Chinese leader Xi Jinping greeted U.S. President Joe Biden as "old friend" at the start of their first video meeting, using an expression that Biden has pushed back on.
Read more

The device is powered by Snapdragon 732G and comes with a 120Hz display along with a massive 6,000mAh battery.
Read more

The mother, who is accused of ordering the abduction, and the girl were found in an abandoned factory.
Read more

Disease-carrying ticks are turning up in areas that were long believed to be tick-free.
Read more

A solar storm and chopped wood proved that Vikings were present in Newfoundland, Canada in 1021 AD.
Read more

Vatican ordering all employees to be vaccinated or tested

The Vatican will require all employees to show proof of a COVID-19 vaccination or a negative test, ...
Read more

Booker ‘more than confident’ work toward police reform will...

Sen. Cory Booker (D-N.J) said Sunday he is "more than confident" that future work toward police reform will continue despite failed recent negotiations.Booker said on CBS's "Face The Nation" he would be willing to...
Read more

Deirdre Lawson was living her best life before the pandemic -- if she wasn't traveling, she was going to concerts, movies or doing other activities with friends -- often at the spur of the moment.
Read more

Apotex Inc., a generic-drugmaker whose billionaire founder was mysteriously murdered in 2017, is exploring a sale that could value the Canadian company at several billion dollars, according to people with knowledge of the matter.
Read more

The woman, aged in her 50s, was taken to hospital after a car fire in County Londonderry.
Read more

The lifeboat charity says it has been "overwhelmed" by support after it released footage of Channel rescues.
Read more

Musician Mon Laferte is releasing her first album since speaking out about the country's protests.
Read more

Biden’s Judiciary: A Tower of Babel

In the new administration, identity politics and career advancement for judicial nominees take priority over justice. The post Biden’s Judiciary: A Tower of Babel appeared first on The American Conservative.
Read more

“AMC to the Moon” posters are popping up at street corners and pool parties in the U.S. in yet another sign of the retail frenzy over meme stocks.
Read more

Evacuations resume at Kabul airport a day after deadly...

In an exclusive interview with Newsweek, the team behind musical shooter "Bullets Per Minute" explained their relaxed approach to game balancing and letting players get overpowered.
Read more

The TV adaptation of Y: The Last Man is almost here, and we have the trailer to prove it.
Read more

Sony has revealed a new launch date for its long-awaited, postponed vlogging camera. What can we expect to see?
Read more

An Indiana man was killed in a fireworks-related accident early Sunday in Huntington County, according to reports.
Read more

Robert Mundell, the Nobel Prize-winner and supply-side economist who was considered the intellectual father of the euro, has died. He was 88.
Read more

Did the White House influence a Fox News article...

Oklahoma slipped by Missouri to win 72-68 in the first round of the NCAA Tournament.
Read more

Biden quietly moves to start closing Guantánamo ahead of...

The Biden administration hopes to transfer some of the 40 Guantánamo detainees to other countries, then persuade Congress to permit transfer of the rest to U.S. soil.
Read more

The Papers: Holidays ‘saved’ and ‘pinging the changes’

Many of Tuesday's front pages focus on the decision to scrap a proposed amber travel watch-list.
Read more

North Carolina's decades-old ban on abortions after 20 weeks is unconstitutional, a federal appeals court found on Wednesday.The decision from the U.S. Court of Appeals for the 4th Circuit affirm...
Read more

Foreign travel not planned by Denbighshire coach company in...

A Welsh operator says it is one of many who will not be taking holidaymakers abroad this year.
Read more

8 of the Most Jaw-Dropping Moments from the ‘KUWTK’...

"Keeping Up With the Kardashians" is over after 20 seasons. Thankfully, the Kardashian-Jenner sisters have got back together for a reunion episode.
Read more

Nintendo needs a better virtual console now that the...

The Steam Deck is coming and Nintendo needs to beef up its support for classic games before the portable gaming PC comes out.
Read more

Refugees are leaving their hotels as they fear being moved to any part of the UK if they stay there.
Read more

These are some of the best deals available in the Best Buy Black Friday sale that's running this weekend.
Read more

Starting today, a Massachusetts county will be turning to dogs to help fight COVID-19.The Bristol County Sheriff's office is adding a team of COVID-19 sniffing dogs to its force, a first for the country, ...
Read more

And the White House goes all-in for Terry McAuliffe in Virginia.
Read more

England, Team GB and Olympic selection: Which questions could...

As England prepare to take on France and Canada, there are questions still to be answered before the Team GB squad is announced.
Read more

The former Adidas owner and his wife were tied up and assaulted by burglars at their estate near Paris.
Read more

Manhattan courthouses adapt to COVID so trials can return

The two big, busy federal courthouses in Manhattan took the adage that justice delayed is justice denied to heart when the coronavirus hit
Read more

The shadow chancellor is sacked by Sir Keir Starmer as Angela Rayner is moved to shadow Michael Gove.
Read more

The pandemic’s effects on mortality have been uneven. Life expectancy dipped in most places last year, shaving 28.1 million years off the cumulative longevity in 31 countries. But residents of a handful of places that successfully kept Covid-19 at bay -- incl…
Read more

Hussain had originally been charged with 20 counts each of criminally negligent homicide and second-degree manslaughter in what was the deadliest U.S. transportation disaster in a decade.
Read more

Danone to return most of Chinese divestment proceeds to...

French food group Danone (DANO.PA) on Thursday said that most of the proceeds from a $2 billion divestment of its stake in China Mengniu Dairy Company (2319.HK) will be returned to shareholders through a share buyback programme, it said on Thursday.
Read more