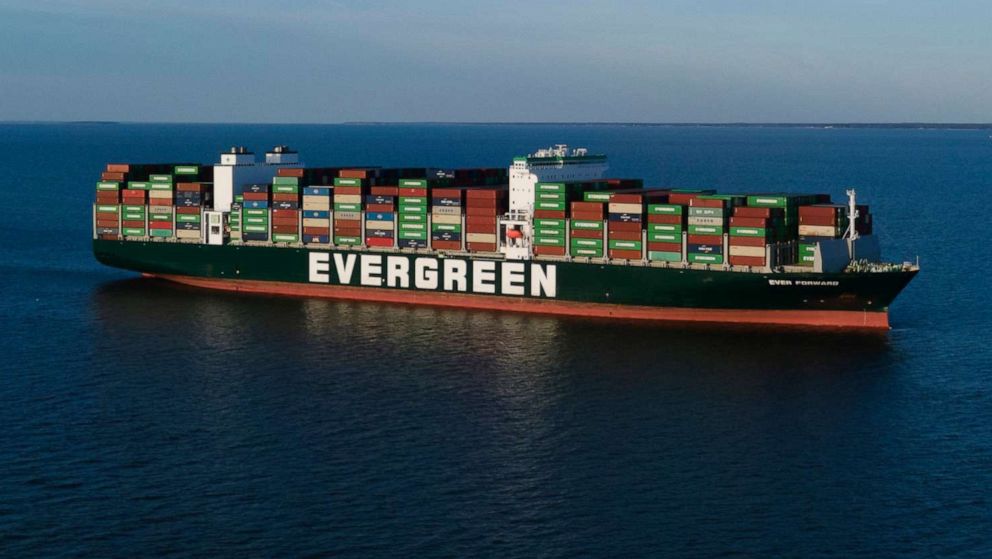 A loaded 1,095-foot cargo ship remained stuck Tuesday morning in Maryland’s Chesapeake Bay, presenting Coast Guard officials with what they described as a “logistical challenge” to free the vessel without polluting the environment.

Lehmann said the ship is stuck in about 23-feet of water but is not blocking traffic in the bay’s deep-water channel.

Lehmann said a Coast Guard environmental team boarded the ship to make an assessment of its condition and determine how to safely get it towed off what is believed to be a sandbar without polluting the water or causing harm to the crew.

“We’re making sure all boxes are checked,” said Lehmann, adding that a timeline has not yet been established on when an attempt to free the vessel will be made.

Lehmann said no one was injured and no pollution has been detected as a result of the mishap.

He said the Coast Guard was notified of the incident around 9 p.m. Sunday. The vessel was headed to Norfolk, Virginia.

Coast Guard officials said the ship was apparently traveling outside the deep-water channel when it got hung up.

Lehmann said the ship is believed to be owned by Evergreen Marine Corp., noting the company’s name on the side of the vessel. Evergreen Marine, based in Taiwan, is also the owner of a cargo ship Ever Given, which got stuck in Egypt’s Suez Canal in March 2021, blocking the world-famous waterway for six days and causing massive delays in global shipping.

ABC News has reached out to Evergreen Marine Corp. for comment but has received no immediate response.

White people at much higher risk of most cancers...

From Washington: The Democrats’ Options In 2024

Norrie reaches U.S. Open fourth round with win over...

Some Republicans shift to more moderate messaging on abortion...

Lyft and the Gig Economy (Podcast)

After days focused on Ukraine, other concerns emerge at...

With the Watch5 Series, Samsung’s Wear OS Gamble Is...

Celtic: Awards jokes ‘not appropriate’ but ‘a teaching moment’...

Woolly mammoth and other Ice Age remains found in...

Prosecutors call for Proud Boys leader to stay in...

On The Money — Fed’s inflation tracker at fastest...

Father Backed for Asking Son To Postpone His Plans...