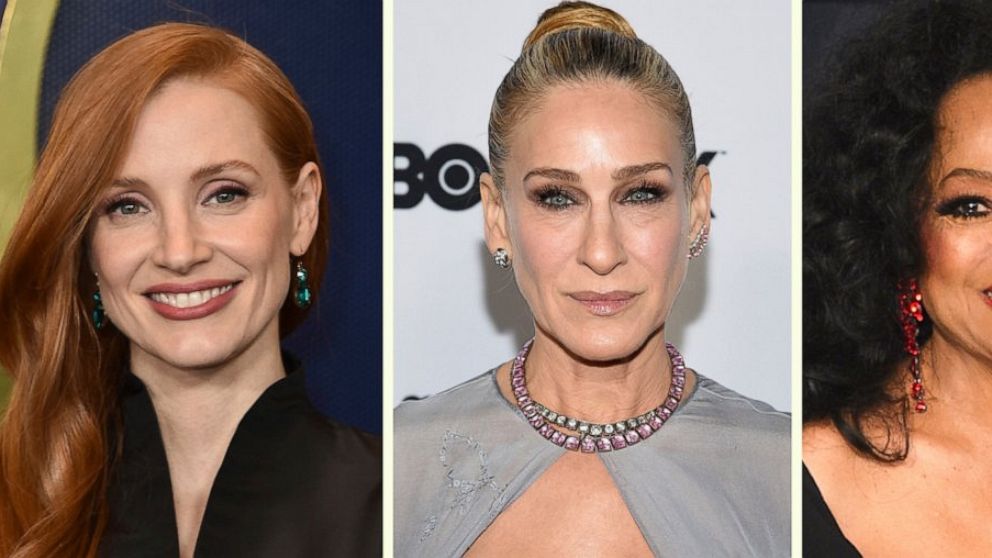 Celebrity birthdays for the week of March 20-26:

March 21: Actor Kathleen Widdoes (As the World Turns) is 83. Singer-guitarist Keith Potger of The Seekers is 81. Actor Marie-Christine Barrault is 78. Singer-keyboardist Rose Stone of Sly and the Family Stone is 77. Actor Timothy Dalton is 76. Singer-guitarist Ray Dorset of Mungo Jerry is 76. Singer-guitarist Rodger Hodgson (Supertramp) is 72. Bassist Conrad Lozano of Los Lobos is 71. Singer Russell Thompkins Jr. of The Stylistics is 71. Comedian Brad Hall (Saturday Night Live) is 64. Actor Sabrina LeBeauf (The Cosby Show) is 64. Actor Gary Oldman is 64. Actor Kassie Depaiva (Days of Our Lives) is 61. Actor Matthew Broderick is 60. Actor-comedian Rosie ODonnell is 60. Actor Cynthia Geary (Northern Exposure) is 57. Musician DJ Premier of Gang Starr is 56. Musician Maxim of Prodigy is 55. Keyboardist Jonas Joker Berggren of Ace of Base is 55. Guitarist Andrew Copeland of Sister Hazel is 54. Actor Laura Allen is 48. Actor Sonequa Martin-Green (Star Trek: Discovery, The Walking Dead) is 37. Actor Scott Eastwood (The Longest Ride) is 36. Actor Jasmin Savoy Brown (For the People) is 28. Actor Forrest Wheeler (Fresh Off the Boat) is 18.

March 23: Singer Chaka Khan is 69. Actor Amanda Plummer is 65. Actor Catherine Keener is 63. Actor Hope Davis (The Matador, About Schmidt) is 58. Actor Richard Grieco (21 Jump Street) is 57. Drummer Kevin Griffin of Yankee Grey is 57. Actor Marin Hinkle (The Marvelous Mrs. Maisel, Two and a Half Men) is 56. Singer-keyboardist Damon Albarn of Blur and of Gorillaz is 54. Actor Kelly Perine (Knight Squad, One on One) is 53. Drummer John Humphrey of The Nixons is 52. Bandleader Reggie Watts (The Late Late Show with James Corden) is 50. Actor Randall Park (The Interview, Fresh Off The Boat) is 48. Actor Michelle Monaghan is 46. Actor Keri Russell is 46. Actor Brandon J. Dirden (For Life) is 44. Gossip blogger Perez Hilton is 44. Singer Paul Martin of Marshall Dyllon is 44. Actor Nicholle Tom (The Nanny) is 44. Country singer Brett Young is 41. A Year Later, America Still Paying The Price For...

9th mayor in Puerto Rico this year accused of...

U.K. to Offer Pfizer’s Covid Shot to All Children...

How Consumers Are Feeling In Second Half Of 2022...

The Three-City Problem of Modern Life

Russian speakers in Latvia told to pick sides in...

US military believes Russia’s invasion of Ukraine is the...

Joker sequel all but confirmed by Todd Phillips and...

Your Steam Deck will be easier to repair, thanks...

Ex-NFL star Ricky Williams on how cannabis use changed...

A New Era of Crackdowns on Wall Street

Why you shouldn’t be worried about Assassin’s Creed Mirage’s...

Ofsted to get new powers to tackle illegal unregistered...

Hollie Davidson to be first female to referee Six...

Here’s why New York is suing Trump and his...

Liam Allen named as man who died in River...

Horizon Forbidden West loads so fast on PS5 the...

Rishi Sunak plans to stay on as MP and...

Griner in court for first time since proposed prisoner...

Stacey Abrams kicks off next phase of campaign with...