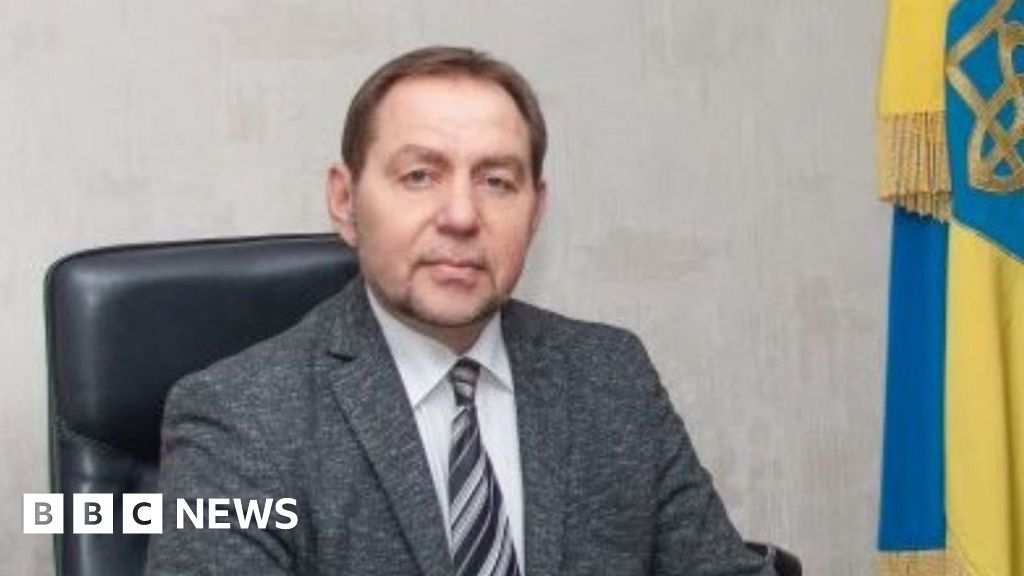 Ukraine’s government has accused the Russian military of abducting another mayor in an area that it has captured.

Ukraine’s president accused Russia of trying to create “pseudo-republics” in Ukraine to break his country apart.

In her first public appearance, Melitopol’s newly installed mayor Galina Danilchenko urged residents not to take part in “extremist actions” and declared her main task was construction of “basic mechanisms under the new reality”.

Hundreds of people took part in a protest outside the city hall on Saturday to demand the release of previous incumbent Ivan Fedorov, who had refused to co-operate with Russian troops since they took the city on the third day of the invasion.

Mr Fedorov was last seen on Friday night being led away from his office by armed men with a bag over his head.

Russian authorities have not commented on his disappearance, but the prosecutor’s office of the Russian-backed breakaway eastern Ukrainian region of Luhansk has reportedly accused him of “terrorist activities”.

Ukraine’s President Volodymyr Zelensky demanded Mr Fedorov’s immediate release and asked the leaders of Israel, Germany and France to put pressure on Russia to do so.

In his latest video address on Saturday night, Mr Zelensky said Russia was to create “pseudo-republics” in Ukraine.

He praised those refusing to collaborate in Kherson, whose regional council had earlier adopted a resolution reaffirming that the region “has been, is and will be an inalienable part of the united state of Ukraine”. Russian stocks slide as trading resumes for all companies

War in Ukraine: Thousands of pro-Russia Serbs march in...

Murder arrest after woman dies in fall from flats

Average US mortgage rates jump by most in 35...

Meet the Republican who plans to turn the investigative...

Watch Brad Pitt show his funny side in explicit...

Pte Joseph Berry death ‘could not have been prevented’

Here’s what it would mean for Twitter to go...

Sean Hannity: This is the third increase from the...

Florida students participate in massive walkout to protest the...

Greg McMichael, who chased Ahmaud Arbery with his son,...

Biden hails killing of al-Zawahri: ‘This terrorist leader is...

Damian Lillard out at least 6 weeks after surgery

Pope, unable to go to Congo, embraces Congolese in...

Jessica Cisneros to file for recount of runoff with...

Welsh teachers to get below inflation pay rise

Trump stumps for Sarah Palin on same day as...