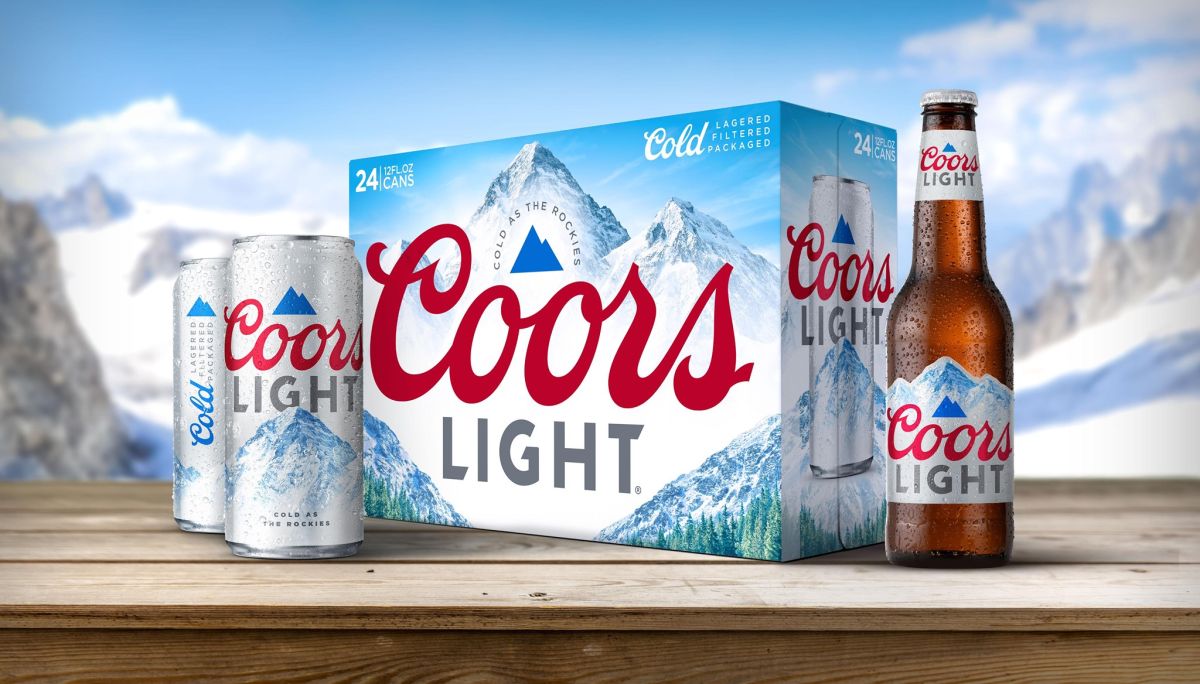 The brewing giant Molson Coors has been hit with a cyberattack that caused significant disruptions to its brewing operations.

Molson Coors is the world’s fifth largest brewer and in addition to Molson and Coors the company is responsible for many iconic beer brands including Blue Moon, Foster’s, Miller, Peroni, Pilsner Urquell, Grolsch and countless others.

The company recently filed a Form-8K with the SEC in which it disclosed that it had fallen victim to a cyberattack, saying:

“On March 11, 2021, Molson Coors Beverage Company (the “Company”) announced that it experienced a systems outage that was caused by a cybersecurity incident. The Company has engaged leading forensic information technology firms and legal counsel to assist the Company’s investigation into the incident and the Company is working around the clock to get its systems back up as quickly as possible.”

Molson Coors is currently investigating the situation to find out what caused the cyberattack though it also disclosed that the incident may “cause a delay or disruption to parts of the company’s business including its brewery operations, production and shipments”.

According to multiple sources in the cybersecurity industry that spoke with BleepingComputer, the company allegedly suffered a ransomware attack but at this time it still unclear as to which group of cybercriminals is responsible.

This isn’t the first time that a ransomware attack has disrupted a brewery’s operations as back in June of last year, Australia’s beverage giant Lion also fell victim to a similar attack that led it to take all of its operations offline. ‘Lives being lost’ due to Scottish ambulance waiting times

Opposition leaders highlighted the case of a man who died while waiting five hours for an ambulance.
Read more

The Hollywood film star wrote to the Edinburgh bookshop owner after finding out he was a typewriter "geek".
Read more

Hameed has ‘come back strong’ to earn England recall...

Batsman Haseeb Hameed has "come back strong" to earn an England recall, according to Ashley Giles.
Read more

Crowds gathered in Weddington, North Carolina, on Wednesday to welcome an Afghan interpreter and his family to their new home community.
Read more

The Bishop of London's call for smaller-scale weddings is criticised as "cruel" by the industry.
Read more

Call of Duty: Mobile is gearing up to introduce its newest season 6 to the game which has been named 'The Heat'. The official announcement has been made on social media along with a teaser.
Read more

US expected to announce diplomatic boycott of Beijing Olympics...

The Biden administration is expected to announce a diplomatic boycott of the 2022 Beijing Olympics this week, ...
Read more

Firefighters clear campsites in the Var region as some 5,000 hectares are destroyed by fire.
Read more

The Nintendo Switch OLED is harbouring a 4K secret...

Without a deal, the next vote on the bill will be on Sunday evening and it would not pass the Senate until early Tuesday morning.
Read more

How to Use America’s New Peace Dividend

Redirecting money from Afghanistan would be a clear message from Congress that it is time to rebalance and focus on strengthening America. The post How to Use America’s New Peace Dividend appeared first on The American Conservative.
Read more

Even if Congress punts the next deadline into late December, prospects are bleak for a bipartisan government funding deal before year's end.
Read more

The Biden administration will send a host of Cabinet and other top officials to the international climate conference in Glasgow next month, in addition to the president himself, a White House official confirmed to T...
Read more

Rare, life-threatening Covid-19 complications appear to be escalating in India, creating a fresh wave of critical medical challenges in a country that has already seen short supplies of oxygen and other basic needs.
Read more

R. Kelly due back in court for opening of...

R&B star R. Kelly is due back in a criminal court
Read more

Google's next smartphone is ready to be fully revealed, and we'll be talking you through everything here later today.
Read more

This week marked the first-ever World Princess Week for Disney’s Ultimate Princess Celebration, and cast members across the country celebrated this exciting week of festivities. Throughout the last few days, we spoke with cast members at locations throughout …
Read more

It comes amid heightened scrutiny and pressure to call off the Tokyo Olympics due to be held soon.
Read more

Atlanta Braves outfielder Marcell Ozuna was released from jail on bond on Monday, after being arrested and charged over the weekend for allegedly grabbing his wife by the neck and throwing her against a wall....
Read more

The G7 Can’t Compromise with the Climate | Opinion

Former President Trump on Saturday condemned the fraud and conspiracy charges filed against the Trump Organization and its chief financial officer, Allen Weisselberg. During a rally in ...
Read more

Reformist drops out of Iran election on last day...

Global shares paused on Monday after a strong end to the prior week, while gold hit a three-month high as surging COVID-19 cases in some Asian countries and inflation pressures tempered demand for riskier assets.
Read more

Despite the top 10 spaces being dominated by older cards, these Nvidia GPUs are still growing in popularity.
Read more

The US and China say they want to avoid...

Among the recriminations and accusations, there was one point of consensus when American and Chinese diplomats met in the coastal city of Tianjin earlier this week: no one wants to see the world's most important relationship deteriorate into armed conflict.
Read more

Anonymous has leaked data that allegedly belongs to the Republican Party of Texas as part of its Operation Epik Fail.
Read more

Muriel Gardiner's courage fighting fascism in Austria inspired an Oscar-winning film. Who was she?
Read more

Republicans in Congress are increasingly lashing out at President Biden's decision to freeze funding for the wall along the southern border.GOP lawmakers are zeroing in on Biden's proclamation fr...
Read more

He also lauded President Joe Biden for trying to lower the temperature of the U.S.-China relationship.
Read more

Hundreds of workers at a reopened Tesla plant in California tested positive for COVID-19 between May and December, according to data released by a transparency website on Friday.The website PlainSite released data from the Alameda County Department...
Read more

Kosovars get COVID vaccine after Friday prayer at mosques

JENNER under pressure, heads to ‘HANNITY’ — WALSH on...

Presented by American Property Casualty Insurance Association THE BUZZ UNDER CONSTRUCTION: That may as well describe Republican Caitlyn Jenners much heralded gubernatorial campaign these...
Read more

Samsung Galaxy S22 design leaked and shown off in...

The Samsung Galaxy S22 will probably look a lot like the Galaxy S21, but with some subtle differences.
Read more

A Senate subcommittee on Tuesday is looking at how Facebook manipulated content, hearing from a whistleblower who claims the company knew it was harmful to young users.
Read more

Former President Donald Trump on Saturday endorsed Rep. Ted Budd's campaign for Senate in North Carolina, making the surprise announcement just minutes after his daughter-in-law Lara Trump confirmed she would not be entering the Republican primary for the ope…
Read more

EXPLAINER: What we know about AstraZeneca blood clot reports

Local elections: What would England’s teens vote for if...

Climate change, mental health and the arts: what teenagers aged 16-17 would vote for.
Read more

A group of House Democrats on Friday applauded the Biden administration for blacklisting key companies involved in cyber espionage efforts, including Israeli company NSO Group, but called on the White House to go further and ...
Read more

This is why your brain remembers faces you see...

This is why your brain remembers faces you see in person differently than from screens or photosgo.com
Read more

House set to vote on its own infrastructure plan

House Democrats are poised Thursday to approve a huge boost in infrastructure spending, a $715 billion proposal they view as a vehicle to install some of their own policy preferences into an evolving $973 billi...
Read more

Border Patrol officials rescued more than 20 people from a suspected smuggling boat early Monday off the coast of Point Loma in Southern California, according to reports.
Read more

‘Worst phone call of my life’: Mother of Miami...

The mother of one injured victim in the deadly Miami banquet hall shooting said he made a "frantic" call to her after being hit.
Read more

How to watch Luca online: stream the Pixar movie...

Pixar transports us to the Italian Riviera in its latest animation. Make sure you know how to watch Luca online on Disney Plus today.
Read more

Alexandria Ocasio-Cortez explains why voting ‘present’ on bill to...

Founded by a former NASA engineer, the company is disclosing some of its plans to eliminate a key source of annoyance.
Read more

Environmentalists are pressing President Biden to factor in the Federal Reserve’s record on climate change under Jerome Powell when he decides whether to renominate the central bank’s chairman for a second term.After a summer of brutal heat domes,...
Read more

Germany persistently violated EU limits on air pollution, the European Union's top court said on Thursday, in a ruling that could see the country face financial penalties if it fails to improve air quality in several big cities.
Read more

Fauci Warns of COVID ‘Spikes,’ Pleads With Anti-Vaxxers as...

"Whatever the reason—some of it is ideologic, some of it is fundamentally anti-vaxxer, anti-science—but we just need to put that aside now," Fauci said.
Read more

The former Fuller House star will reprise her When Calls the Heart role in season 2 of When Hope Calls.
Read more

The streaming wars are moving to the new battleground of ads, and HBO Max claims it will have the fewest (Source: Quicktake)
Read more

What to know before filing your tax return

H&R Block President and CEO Bill Cobb tells CBSN about the changes to the 2015 tax filings and how to prepare.
Read more

The 10 Greatest Queer Anthems Of The 21st Century

Rapid school reopenings may have led to thousands of...

At least 43,000 people contracted COVID-19 and 800 died in Texas two months after reopening schools statewide, according to a new study.
Read more

A 69-year-old concealed carry license holder in Chicago thwarted off three would-be robbers on Tuesday by shooting at them after they demanded his belongings, police said.
Read more

Italy boss Roberto Mancini is "totally confident" his side will make the 2022 World Cup despite missing out on an automatic place and dropping into the play-offs.
Read more

Javier Báez had an RBI double in the first inning of his first game back from injury, J.D. Davis homered and drove in four runs, and the New York Mets snapped the Los Angeles Dodgers' nine-game winning streak with a 7-2 victory Sunday.
Read more

A TikTok user's attempt to renovate her bathroom is being mass-critiqued by viewers on the platform. Now Grace O'Heeron is reversing the green paint job in front of millions online.
Read more

We hope you are hungry for more Disneyland restaurant openings! As we continue to reopen our dining locations, we will update this Dining Guide, giving you one source to find which restaurants are open … or soon to open!
Read more

U.K. Carmakers Beset by Shortages in Worst July Since...

U.K. car production plummeted in July to levels last seen 65 years ago as shortages of semiconductors and staff continued to wreak havoc on the auto industry.
Read more

3 issues to watch at climate summit

Countries looking to perk up their economies when interest rates are already at rock bottom might learn something from Germany.
Read more

Sullivan: Tariffs not a focus in next week's China talks