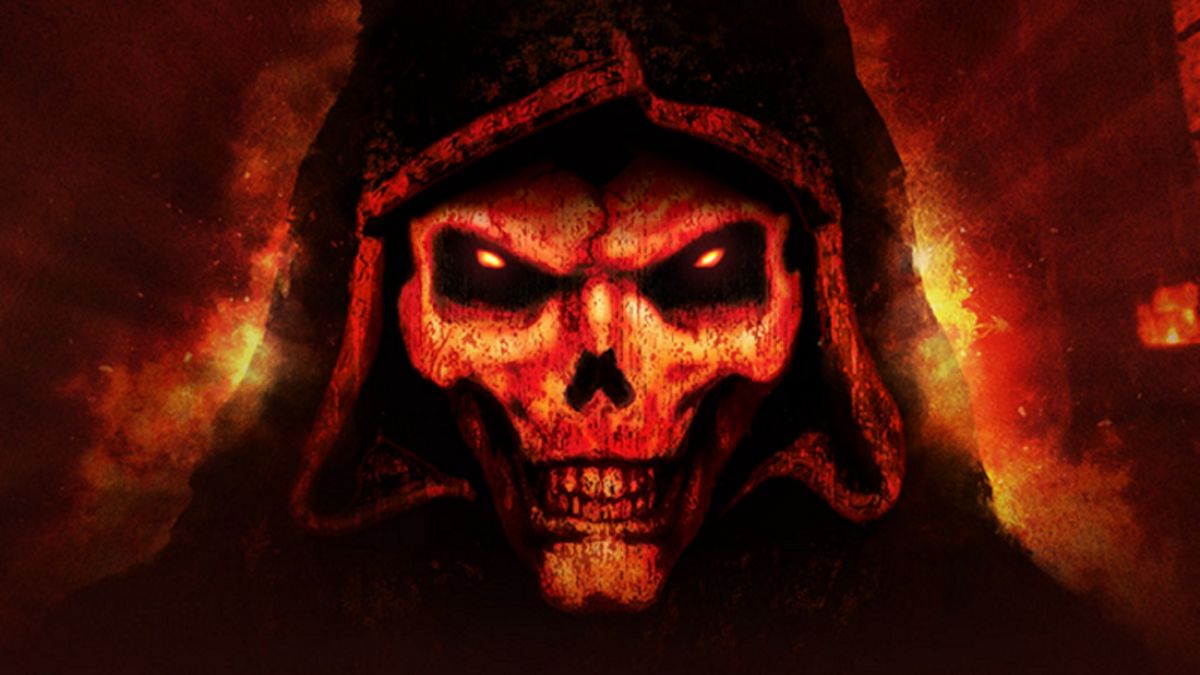 Blizzard appears to be working on a new, unannounced AAA multiplayer game which seems to have a first-person shooter element, according to recent job listings.

According to Blizzard Senior Artist Dan John Cox on Twitter (spotted by our friends at GamesRadar), the studio is hiring developers to work on an “unannounced AAA multiplayer project” for console and PC. There are 16 listings at present for this unannounced project on Blizzard’s Career site,  including roles for a Combat Designer, Level Designer and Senior System Designer.

The listings themselves give a slight indication of what we can expect from this upcoming game. The Combat Designer role is for someone with “broad, extensive player experience with FPS and action games, both single-player and online”, while the Senior 3D Environment Artist role is to be filled by someone who can combine “traditional art aesthetics with next-gen 3D authoring techniques to create a unique visual texturing style for environments that extend the boundaries of what’s creatively possible”. The Lead Designer role listing states that the chosen person “will create epic, memorable worlds”.

My team is looking to hire a LOT of people on an REALLY REALLY cool unannounced project. We’ve even got some awesome Associate level design jobs!!This is hands down the best project and team I’ve ever worked with in my career.Message me or DM me and I’ll toss you job links! pic.twitter.com/Maf3MnQL4RMarch 11, 2021

While it’s not much to go on, this would suggest Blizzard’s unannounced AAA multiplayer title will be an FPS (or at least have elements of an FPS) and feature both an online and offline mode, with plenty of worlds to explore.

In addition, the career listings suggest that Blizzard is also working on a new, unannounced mobile game.

Given that Activision is a subsidiary of Blizzard, you may assume that this may be a new Call of Duty. But, the roles are for Blizzard Entertainment’s headquarters in Irvine, California, while Activision Blizzard is based in Santa Monica – plus Activision hires on its own site.

The job listings also suggest this is an entirely new IP, rather than a new entry in a series. It’s unlikely Blizzard would announce this new game anytime soon, with the breadth of hiring suggesting that this new game is in very early development – if development has started at all.

It’s possible we’ll get confirmation on what Blizzard has up its sleeve at BlizzCon 2022 – but, for now, we can only speculate. Man arrested and charged after stabbing in Paisley

The 26-year-old was arrested after a 50-year-old man sustained "life-threatening injuries".
Read more

Pump it up! Costello preps Spanish ‘This Year’s Model’

In one of the year's odder musical ideas, Elvis Costello is releasing a Spanish-language version of his 1978 classic album ‘This Year’s Model.'
Read more

The Environmental Protection Agency is restoring a rule that grants states and Native American tribes authority to block pipelines and other energy projects that can pollute rivers, streams and other waterways
Read more

COP26 climate summit president says progress made, but not...

Researchers at Google have shown that artificial intelligence can design microchips of equal or better quality than humans in far less time.
Read more

Former Rep. Abby Finkenauer (D) will run for the U.S. Senate seat currently held by Sen. Chuck Grassley (R-Iowa), the first major Democrat to say she will contend for a seat that the party has not won since more than a de...
Read more

More unofficial renders and rumors of a rebranding suggest there's lots to look forward to next year.
Read more

It's time to stop speaking without listening, without acting. We must check ourselves and work anew. That means building authentic relationships and using power and influence to really dismantle pervasive racism and inequality, writes Kerry Kennedy.
Read more

Columbus, Ohio, is set to pay the family of Andre Hill $10 million after Hill was killed in December by a former police officer who has since been charged with murder.The settlement ...
Read more

President Biden’s proposed budget for the upcoming fiscal year includes $750 million to address the ongoing fallout from the SolarWinds hack, even as lawmakers continue to press the administration to include more funding for a key cyber agency...
Read more

At least 3 people are dead after an Amtrak...

India agrees to pay $300 million to families of...

A familiar bearded face is going back to Columbus, with the Blue Jackets' longest tenured player heading to Philadelphia.
Read more

Taliban capture 6 Afghan cities, in areas where US...

The Taliban is advancing in areas where the U.S. military is not carrying out many airstrikes, U.S. officials say.
Read more

Tesla accused of violating environmental regulations in US and...

Tesla defended itself in a Wednesday filing after both U.S. regulators said the automaker has not proved its compliance with environmental regulations and German officials accused it of not taking back customer batteries.
Read more

3 officers resign after rough arrest of woman with...

The New York attorney general's office said on Tuesday it has now opened a criminal investigation into former President Donald Trump's company, increasing the legal risk for Trump and his family.
Read more

Future of Cuomo impeachment inquiry in doubt after resignation

Both Republican and Democratic mayors from cities across the country Thursday called for more support of the smallest of small businesses -- firms with fewer than 10 employees.Speaking at The Hil...
Read more

What was the Armenian "genocide" and why is it still such a sensitive issue?
Read more

The panel probing the Capitol riot didn't identify the names of the people whose communications it's seeking, but the list could include fellow lawmakers.
Read more

Five things to watch in Facebook Oversight Board ruling...

Facebook's Oversight Board will rule Wednesday morning on whether to uphold or reverse a ban on former President Trump's account on the platform.It's b...
Read more

Biden starts to fill in the bench

NOM NOM NOM NOM: No, that isnt the sound of chewing, that is the sound President Joe Biden announcing 11 nominees to the...
Read more

Americans rushing out to buy fireworks for the Fourth of July this year are going to find a limited selection and higher prices — or empty shelves.
Read more

Senate Majority Leader Charles Schumer (D-N.Y.) moved on Tuesday to tee up a vote on the House-passed bill to create a commission probing the Jan. 6 attack on the Capitol.The move will allow Schumer to hold a vote...
Read more

At least three people have been killed on slippery roads in Missouri and Oklahoma. The severe weather is moving east with nearly 50 million Americans under winter storm watches. Tony Dokoupil reports.
Read more

CalMac’s largest ferry out of action until May

The ferry operator had hoped the MV Loch Seaforth might be back on its Ullapool-Stornoway route this month.
Read more

Make these pork poppers on Game Day and everyone...

Succulent pork poppers from a top Nashville chef: Get the recipe
Read more

India is sending a task force of four warships into the South China Sea on a two-month deployment that will include exercises with Quad partners the United States, Japan and Australia, India's Defense Ministry announced Monday.
Read more

Amid falling vaccination rates, the US maintains global records for both total cases and deaths.
Read more

Reliable Sources with Brian Stelter examines the media world -- telling the story behind the story of how the news gets made. Watch Sundays, 11AM ET / 8AM PT(cnn.com)
Read more

"I love so many Southern Baptist people ... but I don't identify with some of the things in our heritage that haven't remained in the past," she said.
Read more

Historian William Federer Talks of Memorial Day and the...

It may seem like two totally different topics, Memorial Day and scientific discoveries. And for the most part they are. But for Memorial Day it’s good to remember what this holiday really means. And also, when Historian William Federer writes a book about hum…
Read more

The 44-year-old daytime presenter loved being on air and was "cherished by many", her family says.
Read more

Crystal Palace complete the signing of England Under-21 defender Marc Guehi on a five-year deal from Chelsea.
Read more

The force of the collision moved the bridge by 6ft (1.8m) and shut down the major roadway for days.
Read more

Freshman Rep. Madison Cawthorn (R-N.C.) said in a recent interview he believes the man alleged to have carried out a mass shooting in a Colorado supermarket last week was inspired to violence following U.S. airstrikes in...
Read more

QuickBooks lacks many of the features found in other POS systems, and charges a premium price, too.
Read more

Italians vote for mayors of Rome, Milan, other key...

CIA director on ISIS: “This is going to be...

CIA Director John Brennan weighs in on the war against ISIS, which includes components on the battlefield and in the digital realm, where the militants have been able to recruit foreign fighters.
Read more

NASA on whether Zodiac signs are changing

NASA assured the public that their Zodiac sign has not changed reiterating that they study 'astronomy' not 'astrology.' Chief astronomer and planetarium director Derrick Pitts for the Franklin Institute joins CBSN from Philadelphia to discuss.
Read more

Walrus spotted in Wales, days after one seen off...

The RSPCA describe it as "an incredibly rare sighting".
Read more

Nearly 252,000 children in US test positive for COVID-19 amid back-to-school seasongo.com
Read more

The Colonial fuel pipeline that was crippled by a ransomware attack late Friday hasn’t suffered damage and can be brought back online “relatively quickly,” a White House official said Monday.
Read more

South Dakota's GOP governor declined on Friday to sign a bill from legislators in her own party that would have banned transgender girls from participating in women's high school sports.In ...
Read more

Fidelity to Allow Teenagers to Trade Stocks With No-Fee...

Tesco Bank to close all its current accounts

The bank says most of the current accounts have limited activity and are not being used.
Read more

Major General Charlie Herbert, a military commander from the UK’s campaign in Afghanistan, has accused the government of betraying Afghans who supported British troops.
Read more

While most French health care workers are vaccinated against the virus, a small but vocal minority is holding out
Read more

Last night is why Joe Biden won the presidency