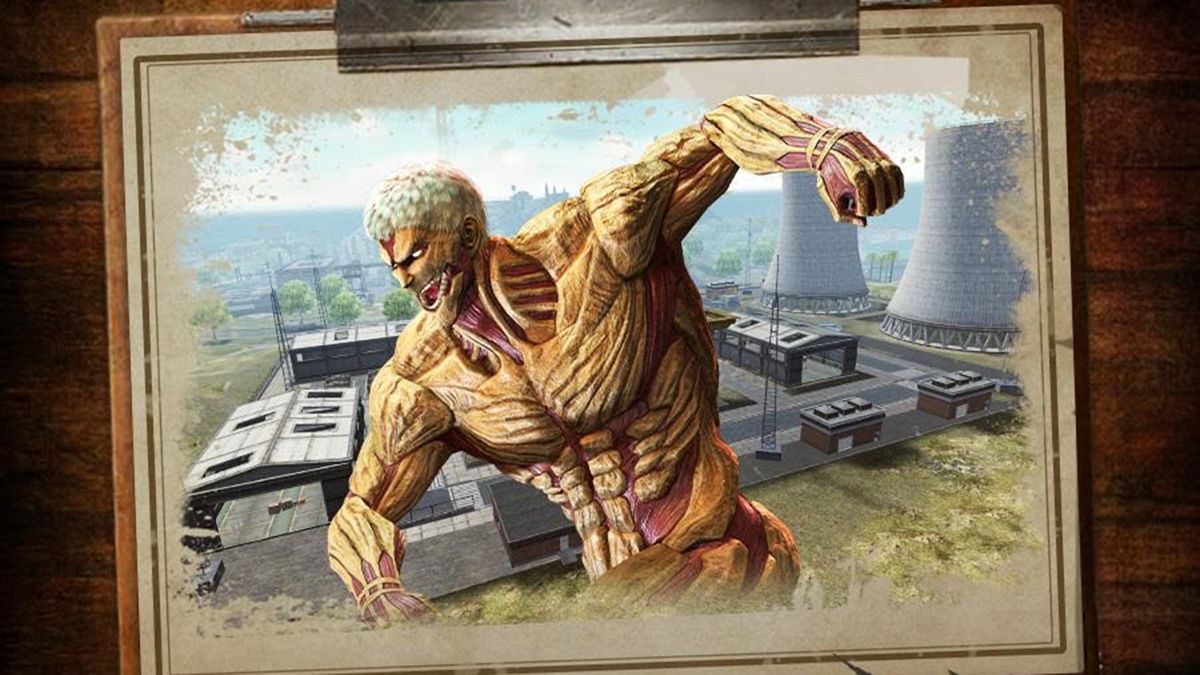 Last month Garena announced that Free Fire is set to get a crossover event with Attack of Titan. The update is now live in the game and brings new costumes along with weapon skins. The partnership brings together one of the most recognizable modern Japanese anime series and Garena Free Fire.

With this collaboration, players can battle in Attack on Titans trademark style through in-game costumes items inspired by the series. These will include the iconic uniform of the Survey Corps from the series. The costumes will have the divisions Wings of Freedom insignia displayed on the jackets and will be available in both the male and female variants.

Players will also get the chance to battle donning the skin of the fearsome Armoured Titan, one of the series most recognizable Titans. Besides this, a new set of gun skins will also be up for grabs. Players can check out the Attack on Titan skins of the P90 and M1014.

During the event players will also be treated to a host of in-game features and easter eggs. These will include reskins of Free Fires most popular elements, such as airdrop boxes and airplanes.

A special new game mode based on the Attack on Titan event will also be available in Free Fire to near the end of the event on March 28. Garena will be offering more details over the coming weeks.

Garenas partnership with Attack on Titan builds on its strategy to continue offering new events in the Free Fire game through collaborations with some of the worlds most prominent names.

A record number of people dying of drug misuse for the seventh year in a row dominates the front pages.
Read more

Two weeks after a tense U.K.-Russia encounter off Crimea, the commander of USS Ross tells CBS News that "international airspace and waters are for everybody."
Read more

A Look At Biden’s Hong Kong Warning To Investors...

Chinese gaming and media stocks including Tencent Holdings (0700.HK) and NetEase (9999.HK) fell on Thursday a day a…
Read more

The piece depicts a young boy discarding his superhero toys in favour of a model of an NHS nurse.
Read more

US industrial production up 0.8% in May, factory output...

Cat burglar has a quite literal meaning in one Oregon neighborhood.
Read more

North Korea says it successfully tested a missile capable of carrying a heavy warhead. Analysts in South Korea say it flew higher and longer than any other from the North. This was the country's seventh missile test of the year. Adriana Diaz reports.
Read more

A man who tried to save his wife and son from drowning and a row over Covid jabs makes the front pages.
Read more

"I beat the ever-living f--- out of him, choked him and everything else trying to get him under control," a trooper can be heard telling a fellow officer​.
Read more

A man is arrested on suspicion of murder after the stabbing at a property on Beatrice Road.
Read more

Afghan resistance digs in to defend one remaining valley...

The Taliban have launched an offensive in Afghanistan's Panjshir Valley against the National Resistance Front, which has vowed to fight the militant group.
Read more

Finland will pause giving Moderna’s Spikevax shots to men under the age of 30 in its inoculation program due to the risk of heart inflammation.
Read more

Feds agree to restore $1B to California for bullet...

The federal government has agreed to restore roughly $1 billion in funding for a bullet train project in California.Gov. Gavin Newsom (D-Calif.) ...
Read more

University of Michigan and Michigan State University announced on Friday that both schools will require confirmed vaccination status ahead of their Fall academic season. University staff and students present for in-person instruction must provide proof of vac…
Read more

A California woman is in custody after police say surveillance video captured her abandoning her toddler daughter at a Riverside grocery store.
Read more

Rare COVID-19-linked syndrome in kids possible in adults too,...

While research into the specific cause of multisystem inflammatory syndrome in children (MIS-C) is ongoing, a new case report suggests that it may also appear in adults who have a history of COVID-19 diagnosis or exposure.
Read more

It seems like the Deathloop PC port is having...

Deathloop seems to be widely loved, but the PC version seems to be having some issues. Luckily, Bethesda is on the case.
Read more

The retailer says the number of people in its stores in England and Wales is back to pre-pandemic levels.
Read more

The 15 Best Weekend Deals on Games, Storage, and...

Whether you want to save time on grocery runs or need a new phone, there’s a discount here for you.
Read more

Services aimed at the trans community are a matter of “life and death” as government policies aim to restrict support.
Read more

Japan’s Takaichi gets enough support to join race to...

Thailand's Constitutional Court on Wednesday ruled that a prominent politician should keep his cabinet post, thwarting opposition moves to disqualify him over news reports he was jailed in Australia for drug trafficking in the 1990s.
Read more

Conservative conference: NI protocol coming apart and we must...

Brexit minister says if the EU isn't "ambitious", the UK will trigger a mechanism to suspend the deal.
Read more

On Fox Across America, Fox Nation’s Johnny Joey Jones explained why Tim Tebow signing with the Jacksonville Jaguars as a tight end makes sense for Trevor Lawrence and Urban Meyer. “Urban Meyer is the greatest college football coach there’s ever been. So if yo…
Read more

Taiwan does not seek military confrontation, but will do whatever it takes to defend its freedom, President Tsai Ing-wen said on Friday, amid a rise in tensions with China that has sparked alarm around the world.
Read more

As the Biden administration has been working rapidly to undo key Trump-era border and immigration policies and replace them with more liberal policies, Republican state attorneys general have been working just as hard to push back against what they see as ill…
Read more

Relive all the goals from the eight-goal thriller between Croatia and Spain in their last-16 Euro 2020 tie in Copenhagen, with Spain triumphing 5-3 after extra time.
Read more

Shakespeare gets a congressional hearing in this year’s ‘Will...

A fictional congressional hearing during the coronavirus pandemic got a Shakespearean twist as part of this year's annual "Will on the Hill" benefit.Prominent actors, lawmakers, diplomats and media personalities ca...
Read more

Is a man who revels in the “sexual energy” of Princess Diana or gay bacchanalia truly conservative? The post The Rambler appeared first on The American Conservative.
Read more

Shanghai Zhengming Modern Logistics Co., a Chinese cold-chain logistics company backed by buyout firms, is exploring strategic options including a sale, according to people familiar with the matter.
Read more

A unit of China Huarong Asset Management Co. has transferred funds to repay a 500 million yuan ($78 million) local bond maturing Sunday, according to people familiar with the matter.
Read more

Why did 21 Republicans oppose honoring those who served...

The stated purpose of HR 3325 seemed pretty uncontroversial: "To award four congressional gold medals to the United States Capitol Police and those who protected the US Capitol on January 6, 2021."
Read more

Biden says Cuomo could be prosecuted if allegations stick...

Presented by AARP NY President Joe Biden, who has compared Gov. Andrew Cuomo and his late father Mario to his own family , said...
Read more

IT'S TUESDAY EVEN THOUGH IT FEELS LIKE MONDAY! Welcome to Overnight Energy, your source for the day's energy and environment news.Please send tips and comments to Rachel Frazin at ...
Read more

To prepare for his role as a surgeon on the television show "Chicago Hope," actor Mandy Patinkin says he "scrubbed in" on 17 open-heart surgeries.
Read more

Georgia Gov. Brian Kemp says he's not wading into the debate over a proposal to mine for minerals near the edge of the vast wildlife refuge in the Okefenokee Swamp
Read more

The Democratic governor failed to sit six feet apart from friends at an East Lansing bar and grill at the weekend.
Read more

U.S. President Joe Biden said Cuba must respect the right to peaceful assembly after thousands of demonstrators crowded streets across the island nation to protest the regime and call for access to coronavirus vaccines and food.
Read more

Her family was attending the party in a neighbor's yard in southeastern Houston when she was hit, according to police.
Read more

The World’s Most Liveable Cities Are Right Next Door

Welcome to our weekly newsletter — a fresh, global perspective on the stories that matter for Australian business and politics. This week: The best cities in the world to ride out Covid-19 and why China’s “wolf warrior” diplomats are hardening attitudes to Be…
Read more

7 reasons for a time out on any taxpayer...

Rather than throwing money at USPS and manipulating its operations, Congress should establish the framework by which USPS can return to self-support and freedom from political interference.
Read more

Rep. Brian Fitzpatrick (R-Pa.) was tapped on Wednesday to serve as the co-chair of the Problem Solvers Caucus, replacing Rep. Tom Reed (R-N.Y.) who is facing sexual misconduct accusations by a former lobbyist....
Read more

A brilliantly engineered folding e-bike, the MiRider One might just replace your car for your daily commute.
Read more

The Taliban has claimed responsibility for a suicide bombing that killed six American soldiers in Afghanistan. CBS News foreign correspondent Margaret Brennan has the latest for CBSN.
Read more

Sandi Bragar on the Markets (Radio)

“Shang-Chi and the Legend of the Ten Rings,” a Marvel superhero film, dominated the box office for a third straight weekend, benefiting from few new releases from competing studios.
Read more

OVH has a hunch about what caused the fire...

OVH toiling to get back online as investigators work to determine what caused incident.
Read more

Google Chrome on Linux is getting an important security...

Watch out, Littlefinger: the automaker’s CFO is now "Master of Coin."
Read more

Sean Orman remains charged with murdering Bradley Welsh and the assault and attempted murder of another man.
Read more

Philippines tells China to mind its own business over...

China has no business telling the Philippines what it can or cannot do within its waters, Manila's Defense Ministry said on Wednesday, rejecting Beijing's opposition to its ongoing coast guard exercises.
Read more

The company's more affordable version of last year's Pixel Buds cut some perks for a much better price.
Read more

Paul Ryan laments the “tone” of the 2016 campaign

In the past week, Montana averaged about 108 COVID-19 patients in hospital ICUs — breaking the record seen during the winter of 2020.
Read more

New England Patriots head coach Bill Belichick clarified comments he made about COVID-19n vaccines, stating that no players have been released because of their vaccinations status.The remarks com...
Read more

man who caught Rodney King beating on video has...