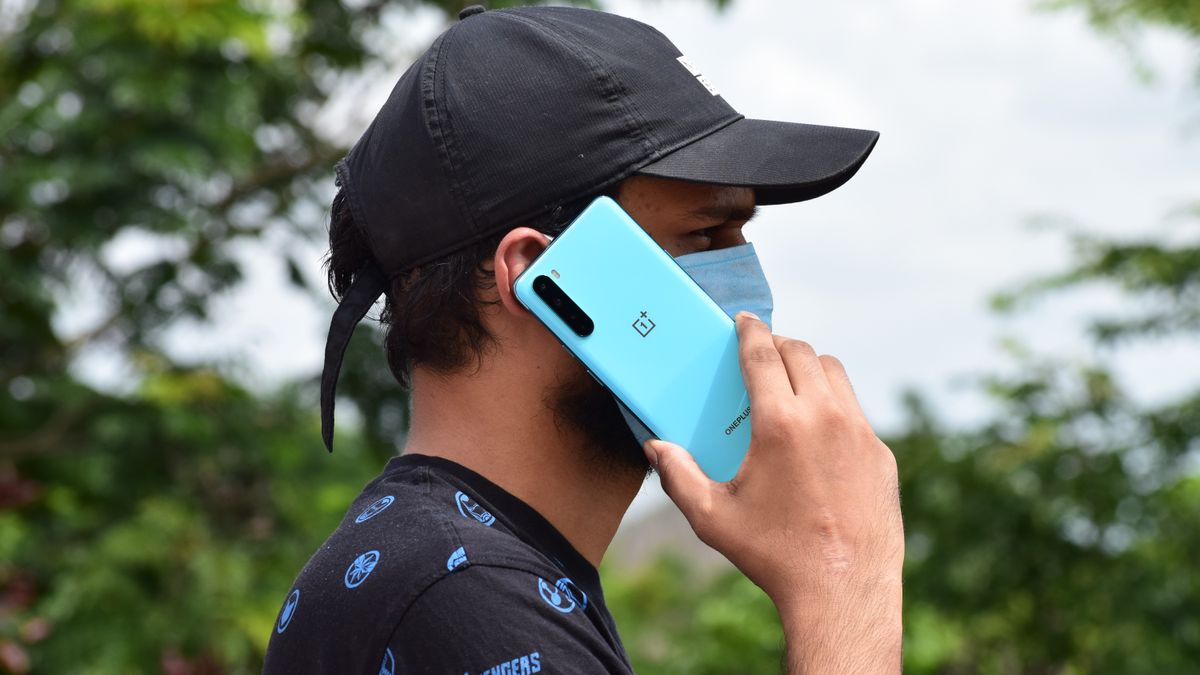 OnePlus Nord Android 11 stable update has been halted as the update has several bugs and affected the overall system performance. The Oxygen OS 11 update based on Android 11 was rolled out to all the OnePlus Nord a couple of weeks ago.

, the community consultant said that theyve temporarily paused the update to ensure a smooth user experience. The update has been halted due to some bugs that have been detected.

Currently, OnePlus is investigating and will release an updated build as soon as possible. Those who have already updated their Nord to Android 11 will get the issues fixed through the later version updates.

According to some comments from the post, users are facing multiple issues on their devices. Some users are facing issues with getting notifications from apps like Instagram, WhatsApp, etc. Some users even complained about fast battery drain, lags, and slow charging. Multiple users have also reported that the overall system performance was also affected.

OnePlus has been pretty slow with the updates with Android 11, the last-gen devices, the OnePlus 7, 7T, 7 Pro, and 7T Pro have not received the stable version of Android 11. All four phones are still under the Open Beta phase and the company hasnt announced the stable Android 11 rollout date.

The Oxygen OS 11also brings the brightness slider to the top of the notification area. OnePlus has also implemented smart home controls which can be accessed by long-pressing the power button. The family of a Syrian boy who drowned and washed up on the Turkish border shares their heartbreak amid the migrant crisis in Europe. CBSN has the latest.
Read more

What Time Does the Draconid Meteor Shower Start Tonight?

The shower is not always particularly active, but has historically produced some spectacular night-time meteor displays
Read more

Major sports teams in Minnesota postpone their games following the fatal shooting of a black man by a police officer in the US state.
Read more

The Taliban say Afghans who worked for U.S. should...

Lawmakers, vets groups are pushing the Biden admin to evacuate Afghans who worked for the U.S. The Taliban have killed many Afghans who helped the U.S.
Read more

Honor is working on a Mate X2 like foldable...

Honor’s new foldable phone could come with an 8-inch primary foldable display and on the front, it may have a 6.5-inch secondary display.
Read more

The U.S. is facing another surge of COVID-19 fueled by the Delta variant and unvaccinated Americans. More than 97% of people admitted to hospitals for the coronavirus weren't vaccinated. Dr. Taison Bell, an assistant professor of infectious diseases, internat…
Read more

Biden meets with leaders of Australia, Iraq before departing...

President Biden on Tuesday met with Prime Minister Scott Morrison of Australia and President Barham Salih of Iraq on the margins of the UN General Assembly in New York, following a speech in which he said the U.S. w...
Read more

The company says it will become insolvent if landlords do not agree to cut rents on its 500 sites.
Read more

Defense Digital Service chief stepping down from the Pentagon’s...

Brett Goldstein oversaw the team as it took on the pandemic and challenged DOD bureaucracy.
Read more

Snap up this Remington hair dryer for its (almost)...

The Remington Hydraluxe Pro EC9001 has been discounted by 40%, offering a hefty saving.
Read more

U.S. airmen helped to deliver a baby after an Afghan woman went into labor mid-air on an evacuation flight that landed in Germany Saturday.
Read more

Flurry of Covid data does not resolve debate around state of the pandemic in the UK.
Read more

Female aides in embattled GOP Rep. Matt Gaetz's (Fla.) office are coming to his defense as the congressman faces a Department of Justice investigation over allegations of an inappropriate relationship with a minor and sex...
Read more

Queen and Royal Family alone but for the gaze...

After a week of private grieving, this was the moment the Royal Family's mourning became public.
Read more

Watch some of the best moments from the early events of day seven at the Tokyo Olympics, including a historic BMX gold and silver for Great Britain, two more medals in the pool and rowing bronze for the men's eight.
Read more

Hartmut Issel on the Markets (Radio)

George Segal, the banjo player turned actor who was nominated for an Oscar for 1966′s “Who’s Afraid of Virginia Woolf
Read more

The Alabama Department of Public Health is turning to Crimson Tide football coach Nick Saban to help lead the charge to encourage citizens in Alabama to get the COVID-19 vaccine.Saba...
Read more

Albany Park is designed to make sofa shopping online easy. But what's it like to really live with one? We put one to the test to find out.
Read more

Marcus Rashford says the support he received after being targeted with racist abuse following the Euro 2020 final was a "special moment" for him.
Read more

The Galaxy A52 5G is available in the global market with Snapdragon 750G processor, 8GB RAM, and 120Hz screen refresh rate.
Read more

"Shameless" actress Emma Kenney says that star Emmy Rossum made her "anxious" during her days on set.
Read more

Vaccination of Scotland's healthcare workers has lowered the rate of infection for people they live with.
Read more

A 104-year-old Romanian woman has received a second vaccine dose against COVID-19, becoming the oldest person in Romania’s capital of Bucharest to be fully inoculated against the disease
Read more

‘The Rainbow Connection’ Honored by the National Recording Registry...

All of us at The Muppets Studio were very excited to learn that “The Rainbow Connection,” written by Paul Williams and Kenneth Ascher and sung by Kermit the Frog in “The Muppet Movie,” was included in the National Recording Registry Class of 2020 alongside ot…
Read more

The 60-year-old victim was stabbed in central London on Thursday evening and died in hospital.
Read more

The Motorola Edge 20, Edge 20 Pro, and Edge 20 Lite are Motorola's next flagship phones – here's what to expect.
Read more

The Papers: ‘Bad call, minister’ as pressure increases on...

Some of the papers focus on the future of the foreign secretary over his handling of the Afghanistan crisis.
Read more

The U.S. saw more than 600,000 adolescents ages 12 to 15 roll up their sleeves to receive the Pfizer-BioNTech COVID-19 vaccine following the recently expanded FDA emergency use authorization.
Read more

Hong Kong's leader has voiced support for legislation allowing retaliatory sanctions, after the U.S. and other Western governments punished city officials over the ongoing crackdown on democracy activists
Read more

Sanders on Richardson Olympic suspension: ‘Speaks to problems’ of...

Sen. Bernie Sanders (I-Vt.) weighed in Sha'Carri Richardson's Olympic suspension, saying that it "speaks to the problems" associated "with the war on drugs."...
Read more

David Brown was caught in a truck packed with cocaine and cannabis while trying to board a ferry at Cairnryan.
Read more

Surgeon General Vivek Murthy says in an upcoming interview on "The Carlos Watson Show" that the development of COVID-19 vaccines could potentially speed up the creation of ones for other diseases.Watson, the co-fou...
Read more

At a Friday event at his new hotel in Washington, Donald Trump finally admitted that President Obama was born in the U.S. CBS News chief White House correspondent Major Garrett calls out Trump for what he dubbed a "dog and pony show" to further his business i…
Read more

British teenager Emma Raducanu says her stunning run to the US Open quarter-finals is "surreal", putting her success down to feeling "really, really happy".
Read more

The Biden administration on Wednesday said they would craft a new memo rescinding former President Trump's Remain in Mexico policy, an effort to respond to a court decision ordering them to reinstate the program.Th...
Read more

Hell has been unleashed in Gaza

Since Monday evening, Israel's aerial operation has left more than 60 Gazans dead, militants among them, but more civilians, according to figures from the Gaza-based Palestinian health ministry. More than a dozen of were children. Additionally, more than 365 …
Read more

Dead ‘murder hornet’ near Seattle is 1st found in...

Two endangered whales were dislodged from the hull of an Australian destroyer last weekend once it docked in San Diego, ...
Read more

The Latest: Fauci says fine to trick-or-treat this year

The government’s top infectious diseases expert says families can feel safe trick-or-treating outdoors this year for Halloween as COVID-19 cases in the U.S. decline, especially for those who are vaccinated
Read more

The government will announce the measure in the next few days, the BBC understands.
Read more

GOP seeks to convince vaccine skeptics within its own...

With vaccination rates lagging in red states, Republican leaders have begun stepping up efforts to persuade their supporters to get the shot, at times combating misinformation spread by some of their own
Read more

What are the biggest misconceptions about Muslims?

From a doctor to a fencer on the USA national team, individuals across the country opened up about some of the most common misconceptions surrounding their Muslim identity and faith.
Read more

Simon Amstell: How the comedian is peeling away the...

The stand-up comedian and writer on how telling the truth on-stage and on-screen sets him free.
Read more

Man dies after being detained by Berlin police during...

A newly leaked roadmap for Intel’s Alder Lake processors reveals new details on the number of cores, as well as support for the Thunderbolt 4 and more.
Read more

Two goals from Ismaila Sarr see second-placed Watford take another step towards promotion back to the Premier League with a win over Reading at Vicarage Road.
Read more

At least a dozen states are experiencing sweltering temperatures of 100 degrees and above. Jonathan Vigliotti has the latest.
Read more

The Maricopa County Republican blamed "members of the Arizona state Senate and other Republicans across the country" for driving the threats.
Read more

140 million people are expected to shop over Thanksgiving weekend and spend some $50 billion in the process. Jericka Duncan reports.
Read more

Speaker Nancy Pelosi (D-Calif.) faces daunting days ahead as she races to unite feuding factions of her restive caucus and pass a massive social benefits package at the heart of President Biden's agenda, along with ...
Read more

Ford Motor Co. on Monday said it will scale back production at two plants in Germany due to chip shortages....
Read more

China to use more natural gas in energy mix...

China National Petroleum Corp (CNPC) expects China to cut its coal use to 44% of energy consumption by 2030 and 8% by 2060 as the country aims to use more natural gas to achieve its climate change goals.
Read more

Arguing against statehood for DC, congressman says it has...

Georgia Rep. Jody Hice claimed that the District of Columbia would be the only state "without a car dealership." He later apologized for the error, though he said he still doesn't know where to find one.
Read more

An 18-50mm f/2.8 lens from third-party manufacturer Sigma should make an excellent walk around lens for Sony APS-C models like the A6600
Read more

Corbin Burnes fanned 11 batters but had his no-hit bid broken up by Byron Buxton in the Milwaukee Brewers' 2-0 loss to Minnesota.
Read more

Court hearing due for Associated Press reporter in Myanmar