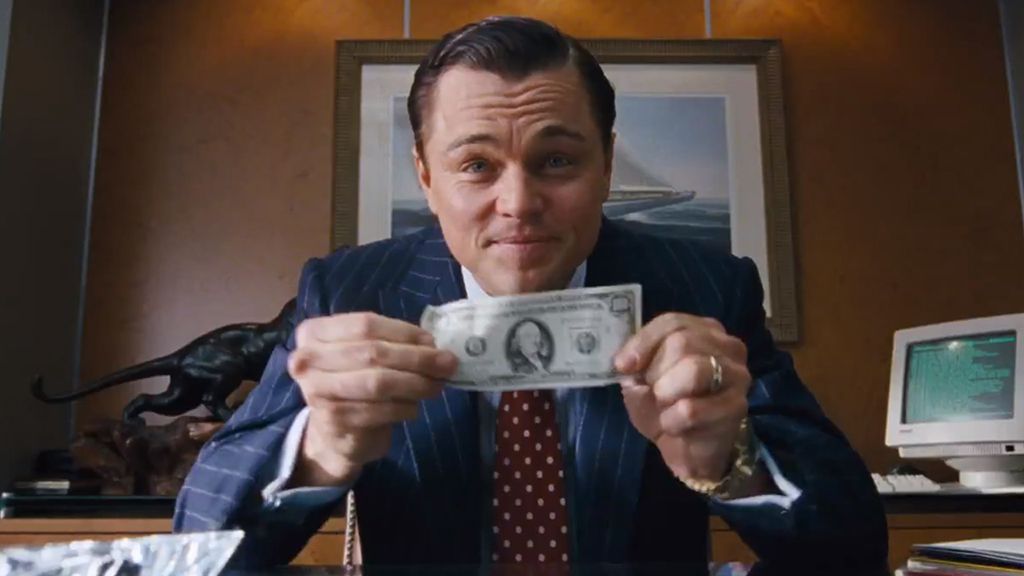 While the ability to share accounts across multiple households has long been an accepted reality for Netflix, the streaming giant has recently started trialing a system to prevent people from getting this kind of free ride.

As spotted by GammaWire, a number of Netflix users have received warnings that state “if you don’t live with the owner of this account, you need your own account to keep watching”, along with the offer to start their own account with a free 30-day trial.

In order to verify it was indeed their account (or, you know, someone else who they’re in touch with) these users were offered to have a verification code sent to the account holder’s email address or phone number via text.

For those that are truly parasitic and using another’s account without their knowledge, this would obviously pose some problems. But for (presumably) the large majority of cases, where the sharing is known about, this hurdle should only present the minor inconvenience of getting in touch with the account holder.

Back in 2016, Netflix not only stated that it knew about the act of account sharing, but also endorsed it, presenting it as a net positive for the company, which assumed that any leechers would eventually get their own account. With the streaming giant’s latest actions, it seems that ‘eventually’ is now.

The intent of this messaging has been confirmed by The Hollywood Reporter, with a spokesperson for Netflix telling the outlet that “This test is designed to help ensure that people using Netflix accounts are authorized to do so,” and also referring to the inherent security concerns of sharing passwords.

It is currently in the trial phase, and according to the spokesperson, is in effect in different degrees in various regions, so as yet, there’s no guarantee that the restrictions will roll out on a more global basis. ‘I obey time’: The artist who spent three decades on a single painting

Brian Laundrie found: Gov. DeSantis ‘committed to doing whatever he can to help prevent domestic violence’

Biden says expanding Medicare to include hearing, dental and vision a ‘reach’

COP26: PM warned over aid cuts ahead of climate summit

Sea of Thieves is getting a crossover with Disney’s...

Sea of Thieves players can look forward to an all new adventure, starring Pirates of the Caribbean.
Read more

Pause on Johnson & Johnson vaccine to continue as...

A CDC advisory committee said it needs more time to assess the Johnson and Johnson vaccine risks after it was put on hold. Mola Lenghi has the latest.
Read more

The Israeli-owned food vendor that was uninvited from a Philadelphia food and culture festival after organizers of the event received threats of protest towards them, said it hopes to meet with representatives for the sake of "creating a safe space for everyo…
Read more

Universities needs to be a place of open discussion, with a good admixture of pluralism and skepticism, regardless of one's personal political disposition.
Read more

Jury selection in Derek Chauvin's murder trial began Tuesday with the first potential juror excused after she said during questioning that she thought the way he acted was "not fair."
Read more

Young American Adults Are Dying — and Not Just...

Last year’s mortality rate for those aged 25 to 34 wasn’t any better than in 1953 as more deaths were driven by guns and drugs.
Read more

The low-cost airline said on Thursday that a recent takeover approach undervalued the business.
Read more

Eight children and a teacher died in a school shooting in Russian city of Kazan, Russian media say.
Read more

Trump portrait to debut in National Portrait Gallery upon...

A portrait of former President Trump will be unveiled in the National Portrait Gallery in Washington, D.C. when it reopens, Washingtonian reports.
Read more

Merzlikins made 31 saves for the Blue Jackets, who have lost three straight.
Read more

The task force was focused on tackling vulnerabilities and identifying threats in the nation's defense industrial base.
Read more

Police discovered the man on Saturday morning several hours after he was reported missing by his family.
Read more

CIA Zeros In on Beijing by Creating China-Focused Mission...

The Central Intelligence Agency is creating a dedicated China Mission Center to address challenges from the Peoples Republic of China, the spy agency...
Read more

Sprats return to the River Clyde in huge numbers

The return of the fish, a source of food for other species, signals an improvement in the river's ecosystem.
Read more

The “good Samaritan” who fatally shot a gunman following an attack that left a Colorado police officer dead was himself killed by an officer responding to the chaotic scene, investigators said Friday.
Read more

The release of the Fossil Gen 6 is nearing so we have detailed all the latest rumors and news of the smartwatch right here.
Read more

Coinbase ($COIN) CEO Says Listing Is a ‘Shift in...

The direct listing of Coinbase Global Inc. on Nasdaq is a turning point for the whole cryptocurrency sector, according to the firm’s Chief Executive Officer Brian Armstrong.
Read more

Denver’s Nikola Jokic was the runaway MVP this season, which made it a virtual certainty that he would also be an All-NBA first-team selection.
Read more

Prime Day deals to help get your backyard and...

With Prime Day in full swing, we're seeing deals up to 40% off on patio and outdoor living deals, making today a great time to grab a few essentials before the next get-together.
Read more

Wild shut out by Avalanche, 6-0

Samsung Galaxy Tab S8 could land alongside the Galaxy...

A leaker has suggested the Samsung Galaxy Tab S8 range will land in early 2022, and the Ultra model could be a real beast.
Read more

Covid-19: Oxford-AstraZeneca jab ‘not linked to clots’ and hairdressers...

God of War: Ragnarok will conclude the Norse saga

How To Understand the Inflation We’re Seeing Right Now

Will it really be transitory?
Read more

US Navy denies warship was ‘expelled’ from South China...

The U.S. Navy's 7th Fleet issued a lengthy statement on Thursday describing what it called a "freedom of navigation operation" by the USS Curtis Wilbur, a guided-missile destroyer, made in the South China Sea near the Par...
Read more

Arizona Senate president Karen Fann said in a statement that three members of the audit team are "quite sick."
Read more

Police said the woman was "in fear" and shot through the wall of her house, striking the man in the torso.
Read more

Congress’ most successful bipartisan gang lives in the House...

The Problem Solvers Caucus has heard the jokes about its name and mission. It's trying to prove the skeptics wrong.
Read more

Garment workers in LA describe the “modern-day slavery” of...

South Korea: Nine die as building collapses on to...

The five-storey building was being demolished at the time of the accident in Gwangju.
Read more

Dozens have been killed in a huge earthquake in the center of Italy. The mayor Amatrice says his town "isn't here anymore." CBS News' Seth Doane is there with the latest on rescue efforts.
Read more

Democrats say there’s no time to wait on including...

Democratic lawmakers on Wednesday said it's time to tackle climate change through infrastructure as Congress moves toward action on two different proposals.Speaking at The Hill's "...
Read more

President Biden on Tuesday will meet virtually with a group of bipartisan governors to discuss COVID-19 vaccination strategies as the nation moves into a new phase in its campaign to get shots in arms.Biden will sp...
Read more

Covid Survivors May Require Just One Shot of a...

Coronavirus vaccines were just rolling out in December when more than 1,000 staffers at Cedars-Sinai Medical Center in Los Angeles volunteered for a sweeping study. The goal: pinpoint how immune reactions to the jab might vary.
Read more

The Met Office will work with Microsoft on a supercomputer which will help model climate change.
Read more

Clinton and Trump’s path to victory

Fund Managers Say ‘Long Bitcoin’ Is the Most Crowded...

Yankees’ Phil Nevin pushes back on criticism over sending...

New York Yankees third base coach Phil Nevin was the subject of immense criticism Tuesday night when he waved Aaron Judge home in the middle of a tight playoff game against the Boston Red Sox.
Read more

Sen. Graham: Biden is ‘kowtowing’ to the ‘most radical...

These noise-cancelling B&O earbuds cost as much as over-ear...

The world's biggest jeweller says it will no longer use mined diamonds in a bid to become more sustainable.
Read more

Amazon's big sale event is here, and it's hot out. Let's build an indoor oasis with these video game peripherals.
Read more

President Biden will travel to Louisiana next week on his public relations blitz to tout his coronavirus and infrastructure packages.The White House announced Saturday that Biden will go to Lake Charles and New Orl...
Read more

‘Guidance is to just do it:’ Military expects additional...

The news comes hours after the military carried out a drone strike on an ISIS-K target in Nangarhar province in Afghanistan believed to be involved in planning attacks in Kabul.
Read more

Madden 22 focuses on franchise mode and the impact...

EA Sports' Madden 22 will address fans' demands for a deeper franchise mode, and bring them into play.
Read more

Americans Must Reclaim Their Right to Repair

Why Biden Isn’t Getting Flamed as Being Soft on...

Not long ago, any Democrat pulling out of a war would have feared the political blowback. What changed?
Read more

Newspaper headlines: ‘Will we ever be free?’ and ‘vax...

Taliban forces launched a rocket attack on Kandahar airfield on Saturday as the U.S. is set to begin withdrawing from Afghanistan, a U.S. military spokesperson told CBS News. Fighter jets launched from the USS Eisenhower retaliated against a suspected Taliban…
Read more

Primary school teacher Sabina Nessa was killed as she made a short walk to a pub, police believe.
Read more

Former President Obama lashed out at his successor at private fundraisers and events throughout both the 2016 campaign and former President Trump's term in office, according to excerpts from a new book shared with ...
Read more

The USA Today newspaper is resisting an FBI demand to hand over data on readers of its story.
Read more

Don't be fooled by the Labour leader's knighthood, his adviser tells an audience of Love Island fans.
Read more

8 dead after gunman opens fire at university in...

Eight people are dead and 28 are injured after a gunman opened fire at a university in Russia on Monday.The suspect was later shot and wounded by police, who disarmed him before transporting him to the hospital, ac...
Read more

Old Footage of People Walking Out of the Theater...

"We all left the theater shaken," one commenter who claimed to have seen the movie with several college friends when it first came out wrote.
Read more

21 movies hitting theaters (or your living room) this...

The collection of medals and shirts, amassed over six decades, was expected to fetch £170,000.
Read more