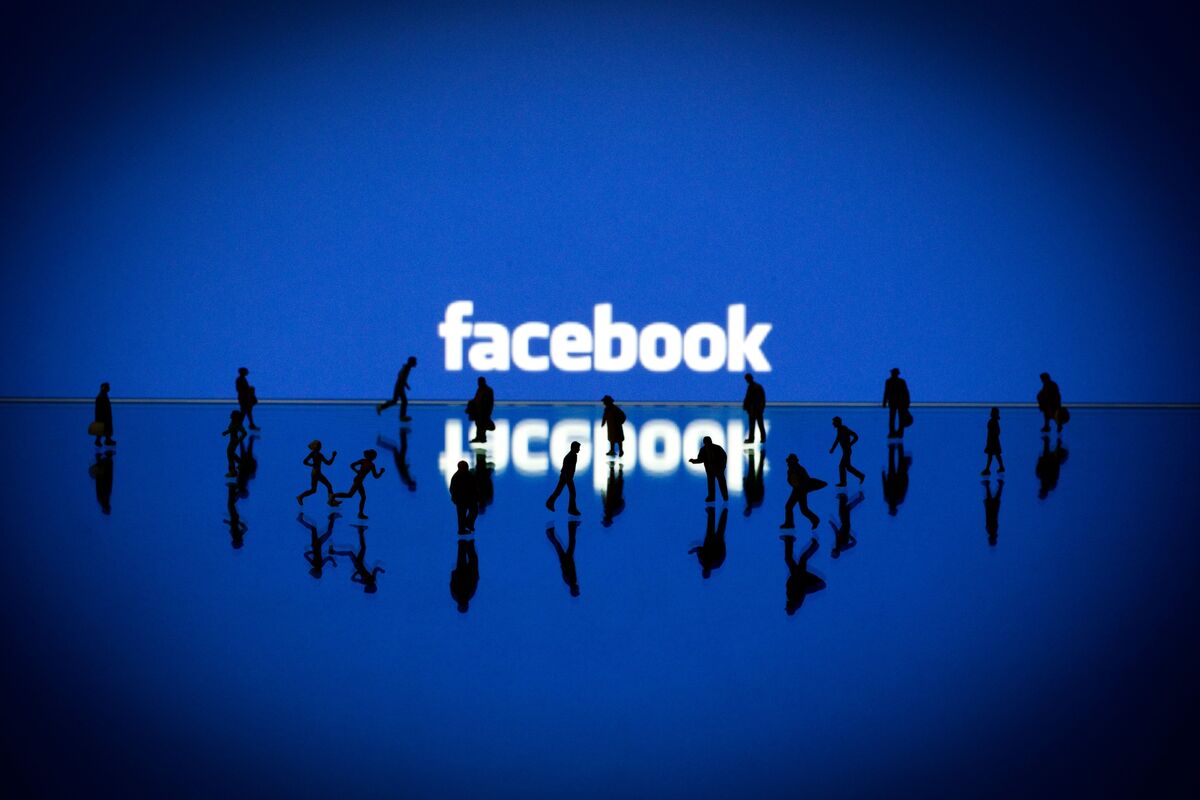 Welcome to our weekly newsletter a fresh, global perspective on the stories that matter for Australian business and politics. This week: The latest battle against Google and Facebook, and a world of lower investment returns.

Hot on the heels of Australia, the U.S. is becoming the next front in the news industrys

Lawmakers there want to give news organizations the power to collectively bargain with the tech giants  something thats currently prohibited under U.S. antitrust laws.

Australias own battle with the internet titans seems to have firmed the resolve of our American cousins  who were aghast at Facebook switching off its news feed, and

The two companies thought they had so much power they could literally exit a major country, said Amy Klobuchar of Minnesota, who is leading the initiative in the Senate. The reason that were brought to this moment is that they have an unfettered monopoly.

level the playing field, and the lessons learned from Australia.

Publishers scored a major victory last month when Australia passed a law to force Facebook and Google to pay for news content.

For decades, global investors have relied on bonds to juice returns, while adding a buffer against equity market risks. Those days may be over.

Thats the sobering assessment of some of the worlds largest sovereign wealth funds, who say investors should brace for much lower returns as

The typical balanced portfolio of 60% stocks and 40% bonds may eke out real returns  after inflation  of just 1% to 2% a year over the next decade, according to Singapores GIC. That compares with gains of 6% to 8% over the past 30 to 40 years.

Bonds have been in retrospect this gift, with a 40-year rally that has boosted all portfolios, said Sue Brake, chief investment officer of Australias Future Fund. But thats over and going forward the returns are going to be much harder.

A few things from around the world that caught our attention:

The best in-depth reporting from Asia and beyond. Sign up to get our weekly roundup in your inbox. Logan Wilson, whose father died in 1998, says a "full and fearless" investigation must be held.
Read more

It remains unclear why this issue was left until the last minute. The House left for their break on Friday with some Democrats blaming the White House.
Read more

Kieffer Moore scores the only goal as a much-changed Wales side mark Chris Gunter's 100th cap with a friendly win over Mexico.
Read more

Lady A cancels Minnesota festival gig after bandmember gets...

Country trio Lady A was forced to pull out of a music festival in Minnesota Saturday after one of the members got appendicitis.
Read more

Tunisia’s turmoil is being watched warily around the globe

Days of political turmoil in Tunisia over the economy and the coronavirus have left its allies in the Middle East, Europe and the United States watching to see if the fragile democracy will survive
Read more

Shark bites 9-year-old boy as he body surfed in...

President Biden said Wednesday that his decision to withdraw U.S. forces from Afghanistan by Sept. 11 of this year was not a difficult one, calling it "absolutely clear.""To me, it was absolutely clear. Absolutely...
Read more

Brexit: UK to warn of ‘unilateral action’ over NI...

The £20-a-week top-up to universal credit was always meant to be temporary, the government says.
Read more

The apparent broadside from the House minority leader comes amid reports that pro-Trump lawmakers are planning to launch a group to fight for MAGA priorities in Congress.
Read more

We've put together a definitive list of the best Ultrabooks, or thin and light Windows laptops.
Read more

The US actor is still in hospital after being rushed there from the set of Better Call Saul.
Read more

Why Conan O’Brien is Ending His TBS Show After...

Conan O'Brien is ending his TBS late night talk show in June, but the comedian will not be leaving screens anytime soon. Here's why the host is bringing the series to an end.
Read more

Some migrant children in HHS care left in buses...

Some unaccompanied migrant children, waiting to be reunited with family in the United States, were stuck in parked buses -- at least one for more than three days -- with no access to showers or places to sleep, according to an immigrant advocate.
Read more

England political leaders ask for masks to remain on...

The use of face masks on public transport outside London will be voluntary from 19 July.
Read more

The congressman had been angling for the job. But sources close to the governor said it was always a long shot.
Read more

The What Hi-Fi&quest; Show is free to attend, and...

What Hi-Fi has an event you won't want to miss.
Read more

Ed Barnard misses out on a century but Worcestershire amass 421 before taking three Derbyshire wickets at New Road.
Read more

Securing Our Data As Hybrid Work Continues To Grow...

TGIF!!!  Welcome to Overnight Energy, your source for the day's energy and environment news. Please send tips and comments to Rachel Frazin at ...
Read more

Jade Ward was found dead at a property in Shotton, Flintshire, at about 09:30 BST on Thursday.
Read more

Only 0.01% of people tested positive for the coronavirus after getting fully vaccinated.
Read more

At least 60 people have been confirmed dead and 80 others remain unaccounted for since a 12-story residential building partially collapsed in South Florida last month.
Read more

Singapore is considering pilot programs to allow groups of vaccinated travelers to enter the country on carefully controlled itineraries as it moves toward reopening its border, according to the trade minister.
Read more

The actor tweeted that he planned to be "back soon" after taking time to recover.
Read more

Arnold Schwarzenegger predicts Caitlyn Jenner has just as much a shot at becoming California's next governor as any other candidate, because "anyone has a chance.""I think that the people are dissatisfied with what...
Read more

Italian dish from Lowood House sells for £1m at...

The 16th Century Italian dish is part of a sale of the contents of Lowood House in the Borders.
Read more

Three women and one man were killed when gunshots rang out following an argument early Tuesday, police say.
Read more

Trump in trouble in Wisconsin?

Donald Trump is struggling for support in Wisconsin ahead of next Tuesday's primary. Wisconsin Governor Scott Walker has endorsed Ted Cruz today, giving Cruz momentum as he catches up to Trump's delegate lead. With analysis on the GOP race, RealClearPolitics'…
Read more

Chinese electric-car maker Nio Inc. may delay its planned Hong Kong listing to next year, according to people familiar with the matter.
Read more

It was a misguided effort from the start, built on lies and false idealism, and it has left a bloody legacy. The post Afghanistan: George W. Bush’s First Disastrous War appeared first on The American Conservative.
Read more

Your Evening Briefing: Afghans Wonder What the Taliban Will...

Scottie Pippen blasted his former teammate Charles Barkley in a recent interview when their time with the Houston Rockets was brought up.
Read more

Now some wonder if the Democrats’ plans will end up pocked by glitches and other miscues, like those that plagued the Tax Cuts and Jobs Act.
Read more

The Murdoch family, which controls Fox News' parent company, is reportedly split on what to do about Bill O'Reilly amid controversy surrounding his sexual harassment lawsuits. James and Lachlan Murdoch are reportedly in favor of dismissing "The O'Reilly Facto…
Read more

CNN on Monday reported that it had obtained a 2019 phone call in which Trump-ally Rudy Giuliani can be...
Read more

President Joe Biden may still be committed to finding a bipartisan path forward for his infrastructure plan, but beyond that, there are few, if any, obvious openings for cross-aisle cooperation.
Read more

No major gaffes and progress on climate change on PM's US trip but a trade deal remains a distant prospect.
Read more

Success was a long time coming for Charles Bradley, who was born in 1948 but released his debut album just five years ago. His experiences during those 60-plus years make for quite a story fitting for a soul man strongly influenced by the late James Brown. An…
Read more

Russia continues to conduct airstrikes in Syria despite questions about who is being targeted. CBS News foreign correspondent Holly Williams has details for CBSN.
Read more

The House GOP leader’s conduct also suggests lawmakers’ investigation into the Jan. 6 insurrection is on the right track.
Read more

Facebook's chief technology officer Mike Schroepfer said he will be stepping down from his top position at the social media giant sometime next year. Schroepfer will stay on in a part-time role a...
Read more

The Elite Are Unmasked. What About Those Who Serve...

As the wealthy take off their masks to attend dinners and conferences, waiters and staff are still forced to wear masks.
Read more

Rescue efforts at the site were continuing on Saturday for a tenth day.
Read more

LA school board mandates COVID vaccines for all eligible...

Los Angeles Unified School District announced on Thursday that it would require all eligible students to be fully vaccinated against COVID-19 by early next year.Under the policy, students aged 12 years and older will be to be...
Read more

A Christian social justice group is slamming Rep. Marjorie Taylor Greene after the Georgia Republican accused them of selling "hate" in response to a petition signed by thousands of the group's members criticizing her vac...
Read more

The 53-year-old tied himself to a rope and lowered himself through a hole in the roof, a court hears.
Read more

France advises vaccine mixing for some, amid clotting fears

A Ratchet and Clank: Rift Apart PS5 bundle has been spotted, but it’ll likely be in high demand.
Read more

WHO: New coronavirus cases worldwide appear to be stabilizing

The World Health Organization (WHO) on Tuesday in a weekly assessment revealed that the number of coronavirus cases globally is stabilizing after months of steady increase....
Read more

England fast bowler Ollie Robinson has been suspended from "all international cricket" after historical racist and sexist tweets came to light earlier this week when he made his test debut against New Zealand, the country's cricket board (ECB) said on Sunday.
Read more

Warner Bros. plans anime movie in ‘Lord of the...

The Warner Bros. movie studio will produce an anime feature film set in the world of J.R.R. Tolkien's popular "The Lord of the Rings" books, officials announced on Thursday.
Read more

Homegrown e-commerce company Flipkart has raised $3.6 billion in a new funding round from a clutch of big-ticket investors. The funds will give the company the firepower in its fight against Amazon, Reliance and the Tatas.
Read more

Good Wednesday morning! Weve already been over how Jack Ciattarelli has the unenviable task of appealing to New Jerseys blue-tinted electorate while not alienating...
Read more

Paxton Smith says she couldn't stick to her approved speech script "when there is a war on my body".
Read more