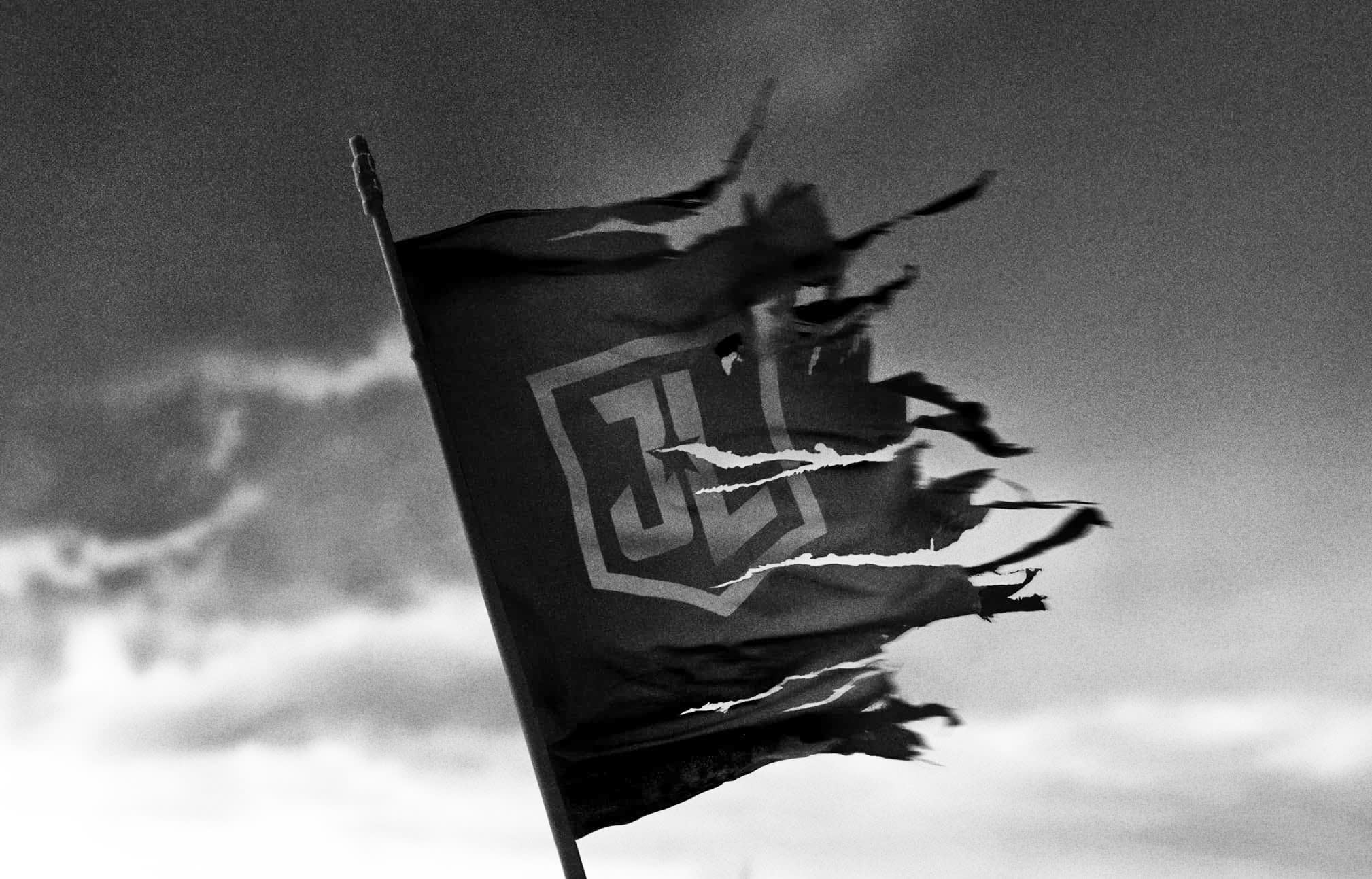 South by Southwest is taking place online this year, and one of the things attendees can check out is an interactive HBO Max experience. HBO Max Orbit aims to show off the depth of the streaming service’s catalog in a novel way.

Through facial movement recognition and voice commands, HBO Max Orbit will allow you to interact with moments, stories and characters from the library, according to WarnerMedia. HBO Max has packed more than 150,000 clips into Orbit, including ones from Game of Thrones, Lovecraft Country, The Big Bang Theory, Tom and Jerry and Zack Snyders Justice League. The scenes are drawn from titles from HBO, Warner Bros., DC, Cartoon Network and other WarnerMedia brands.

The experience will dig up clips of characters that match your movements in real time. Certain clips will activate a challenge, through which you’ll need to move your face to look for clips that match a title. You might also be asked to say a phrase from a specific show within a time limit. Completing a challenge will unlock parts of an exclusive clip from Godzilla vs. Kong, which arrives on HBO Max and in theaters at the end of the month.

You’ll be able to check out HBO Max Orbit starting on March 19th. Starting in April, an in-person version will be available at some flagship AT&T stores. WarnerMedia says that will take place in an immersive 360-degree chamber designed to “optimize the feeling of a vast audio-visual space.” It will match clips to your body movements and voice.

How uplifting art shows are easing us out of...

As galleries begin to reopen many are putting on shows designed to raise the spirits of visitors.
Read more

CEO Elon Musk stressed that the electric carmaker would keep a large presence in California but pointed to trends state leaders also worry about, such as a lack of affordable housing.
Read more

Senate Committee to hold hearing on FBI’s ‘dereliction of...

The Senate Judiciary Committee will hold an oversight hearing on the FBI's "dereliction of duty" in its handling of the investigation into disgraced USA Gymnastics physician Larry Nassar on Sept. 15.
Read more

Democrats are rejecting a counteroffer to President Joe Biden’s $2.5 trillion infrastructure spending package before it's even introduced.
Read more

Jesse Watters: Democrats have mismanaged everything

Republicans are sounding the alarm that divisive candidates running across the country could cost them key Senate and gubernatorial races next year.The party is concerned that disruptive contenders could hurt their chances of keeping Senate seats in...
Read more

McLaughlin, nun who exposed abuses in Rhodesia, dies at...

The Pentagon Papers’ Legacy After 50 Years

The courage of all those involved, including journalists at the New York Times, has all but vanished after half a century. The post The Pentagon Papers’ Legacy After 50 Years appeared first on The American Conservative.
Read more

US jobless claims near pandemic low as economy strengthens

The number of Americans seeking unemployment benefits fell for a third straight time last week, the latest sign that employers are laying off fewer people as they struggle to fill a record number of open jobs and meet a surge in consumer demand
Read more

Millions of Americans have their lives and livelihoods back and are basking in a summer of freedom. But a divided nation's varied faith in vaccines and a more infectious Delta variant of the coronavirus are thwarting hopes of a full declaration of independenc…
Read more

Fred Lane on the Markets (Radio)

MSPs will vote on whether to return Nicola Sturgeon to office following the SNP's election victory.
Read more

As Ethiopians prepare to go to the polls, false and misleading content has been spreading online.
Read more

iQoo 7 Legend which is the BMW M Motorsport edition has apparently been confirmed to come to India in April.
Read more

Is voicemail becoming a thing of the past?

Coca-Cola is getting rid of voicemail. The company has disconnected the service, and instead, is encouraging callers to either try again later, send an email, or text. CNET Editor Dan Ackerman joins "CBSN" with more on whether this is becoming a trend with co…
Read more

The position of New York Gov. Andrew Cuomo (D) is getting more and more dire - and he is growing more and more defiant. Something has to give.In a conference call with reporters on Friday, Cuomo cast himself as the...
Read more

Software company Kaseya on Monday strongly denied paying to get access to a key to decrypt its systems following a massive ransomware attack on the company that impacted up to 1,500 organizations earlier this month....
Read more

Apple Child Sex-Abuse iPhone Scanner Is Too Clever for...

The iPhone maker needs to recognize the public won’t accept any system that scans users' personal photos on their devices.
Read more

$1M in fines after nitrogen kills 6 at Georgia...

There are growing concerns over a potential housing crisis now that the Supreme Court has decided to end a pandemic-related eviction moratorium for most of the United States. CBSN's Tanya Rivero spoke with Bill Treanor, dean of Georgetown University Law Cente…
Read more

Asbury Park, the New Jersey shore town where Bruce Springsteen rose to fame with songs about hardscrabble blue-collar life, had its credit rating raised one grade by Moody’s Investors Service, thanks to new residential and commercial development.
Read more

More than 370,000 Cubans have left for the U.S. over the past decade. Now some Cubans are concerned that the favored status for Cuban refugees may disappear as the two nations work to reestablish relations. Manuel Bojorquez reports.
Read more

Oscar nominations Monday could belong to ‘Mank’ and Netflix

In the hours following Japan's devastating attack on U.S. military forces in Hawaii, President Franklin D. Roosevelt was remembered for "not losing his cool." David Martin reports on the timeline of FDR's actions between the attack on Pearl Harbor and his add…
Read more

A 6.0 magnitude earthquake and dozens of aftershocks rattled the California-Nevada border on Thursday, according to ...
Read more

Facebook says removal of Alabama governor’s campaign was not...

Facebook said that the brief unpublishing of Alabama Gov. Kay Ivey's (R) campaign page was not based on posts on the page, including those involving comments on President Biden's latest COVID-19 mandate for business...
Read more

Tensions between the U.S. and Russia are rising after the U.S. downed a Syrian jet Sunday. Washington and Moscow are backing different sides in Syria's civil war, which has dragged on for more than six years. Holly Williams reports.
Read more

Texas A&M’s running back duo of Isaiah Spiller and Devon Achane combined for 292 rushing yards and three touchdowns to power the 21st-ranked Aggies to a 35-14 victory over Missouri on Saturday.
Read more

The Reconciliation Bill Should Invest in America’s Kids |...

The reconciliation package should prioritize investments in kids, because doing so has huge shared benefits and among the highest rates of return for any social investment.
Read more

Reformist drops out of Iran election on last day...

Team Trump sees a political upside to his mounting...

The president and his aides are privately nervous about Manhattan district attorney Cy Vance’s investigation. But they see electoral upside in it too.
Read more

Biden meeting with business leaders who have mandated vaccines

President Biden is meeting with business leaders on Wednesday who have required the COVID-19 vaccine for employees, including United Airlines and Kaiser Permanente.Biden is pushing for all businesses to require the...
Read more

"Music is the way I fight for liberation. But true freedom requires change in how the criminal justice system works, starting with cash bail," Lil Nas X said.
Read more

A senior official announced on Monday that New York's Metropolitan Transportation Authority (MTA) will extend a policy granting death benefits to vaccinated employees who die from COVID-19 through the end of the year....
Read more

Many hurdles for families with food challenges: AP-NORC poll

One straphanger was robbed at gunpoint and two others socked in the face early Sunday morning in another round of public transit violence, according to law enforcement sources.
Read more

Los Angeles Dodgers right-hander Trevor Bauer was placed on seven-day administrative leave by Major League Baseball on Friday in the wake of allegations he sexually assaulted a woman.
Read more

Iraq has agreed to transfer $125 million of frozen Iranian funds to a European bank for the purchase of 16 million COVID-19 vaccine doses, Iranian Energy Minister Reza Ardakanian was quoted as saying by state media on Saturday.
Read more

Pandemic restrictions on travel between Canada and the U.S. began to loosen Monday for some Canadians, and Prime Minister Justin Trudeau says plans to totally reopen the border will be announced over the next few weeks
Read more

The widow of the late chef and TV personality Anthony Bourdain says she did not give her blessing to the decision for a new documentary to recreate her husband's voice using artificial intelligence for parts of the film....
Read more

Two counties in Oregon have requested refrigerated trucks to store bodies amid a spike in coronavirus deaths.  Tillamook County and Josephine County placed requests for the trucks earlier this we...
Read more

Dozens of European lawmakers, business executives and union leaders on Tuesday urged the United States to cut its greenhouse gas emissions by 50% in the coming decade compared with 2005 levels
Read more

Restrictions during the coronavirus pandemic helped Kosovar biologist Halil Ibrahimi sit down and complete his research, raise public awareness of the pollution of river basins — and name a new insect after the virus
Read more

A man accused of killing a Louisiana state trooper...

A man suspected of shooting five people and killing two, including a state trooper, is now in custody, Louisiana authorities said in a news conference.
Read more

He said that the administration is continuing to ramp up “the frequency and number” of repatriation flights for the migrants, the bulk of whom hail from Haiti.
Read more

Psaki ‘likely will stay longer’ than year as White...

White House Press Secretary Jen Psaki said she will probably stay in her job as press secretary longer than the year that some reports had suggested."I have flexibility and can stay longer and likely will stay long...
Read more

Fourteen content creators have had their payments suspended by YouTube amid allegations that the channels have spread misinformation about the country's 2022 election, Reuters ...
Read more

Wayne Hennessey has Burnley debut to remember as he saves two spot-kicks to help them beat Newcastle on penalties in the Carabao Cup.
Read more

Covid Rattled Our Food Chain; Climate Change Is a...

#ThrowbackThursday: Relive the Triumphs of 2008 Disney Channel Games at the ESPN...

Putin: US Capitol unrest was a 'stroll'