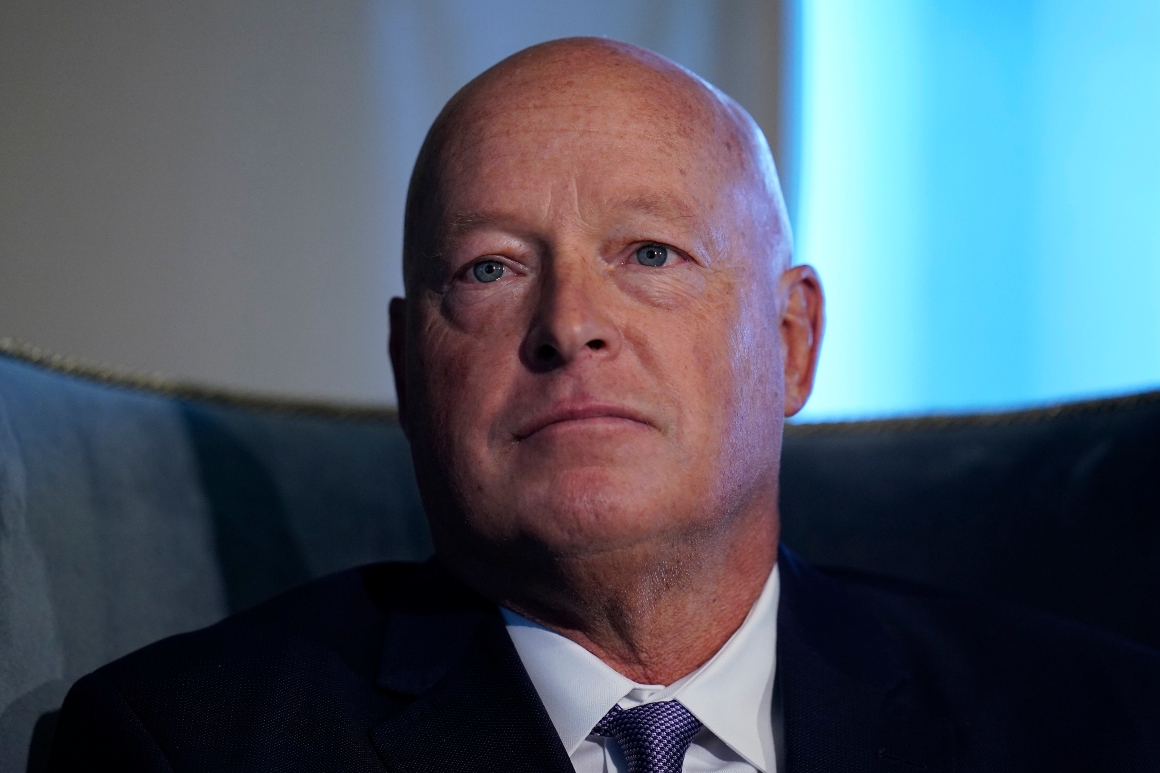 But donations like these, at least for the time being, are expected to come to a halt.

On Friday, Chapek said that Disney is building a new framework for political contributions to ensure the companys advocacy better reflects our values. As such, Disney will suspend donations during this review, which Chapek said is necessary because this is not just an issue about a bill in Florida, but instead yet another challenge to basic human rights.

Opponents of Floridas legislation, including employees of Disney, had strongly criticized the company and Chapek for not taking a stance, eventually leading to the CEO reaching out personally to DeSantis this week. Disney has over 70,000 employees in Florida as well as an amusement part in Orlando that remains a huge tourist destination.

I missed the mark in this case but am an ally you can count onand I will be an outspoken champion for the protections, visibility, and opportunity you deserve, Chapek wrote.

DeSantis, though, remains unyielding in his support for the legislation, which is currently awaiting his signature.

When you have companies that have made a fortune off being family friendly and catering to families and young kids, they should understand that parents of young kids do not want this injected into their kids kindergarten classroom, DeSantis said at an event Thursday that was covered exclusively by Fox News and used in a campaign ad.

Florida has garnered national attention over the legislation sought by its GOP-dominated Legislature, which billed the measure as an expansion of parental rights in the state. Republicans claim the bill prevents teachers from keeping vital information about students from parents, particularly pertaining to gender issues.

The most contentious piece of the measure, which was dubbed Dont Say Gay by opponents soon after its introduction, states that classroom instruction surrounding sexual orientation and gender identity is banned outright for young children and prohibited in other grades unless the lessons are age-appropriate or developmentally appropriate.

LGBTQ advocates spent weeks condemning the bill, which the state Senate approved on Tuesday, saying it will marginalize students and could lead to LGBTQ students being bullied or even committing suicide.

DeSantis and other Republicans have downplayed the conflict, claiming the media and Democrats have misconstrued what it says.

Chapek ramped up his efforts this week by calling DeSantis to express disappointment and concern over the bill and pushing for a meeting with the Republican governor and LGBTQ company leaders over its possible impact. It doesnt appear this conversation had much of an effect on Desantis.

In response to the decision from Disney, DeSantis spokesperson Christina Pushaw on Friday tweeted: Woke corporations do not have veto power over bills passed by a legitimately elected state legislature If CEOs want to make policy, they should quit and try running for elected office in Florida on a K-3 gender studiesplatform.

Matt Dixon contributed to this report. The July 4th conversation we should have about the...

ImaliPay gets $3M to offer financial services to underserved...

Recovering from Hurricane Ian could take years in Florida,...

Douglas Brinkley on Madeleine Albright, a “Hammer of Democracy”

It’s Time to Bring Back the AIM Away Message

GOP lawmakers call for stronger sanctions against Russia but...

Rail disruption: Many services to start late on Tuesday

Get Jazzed for a First Look at Disney Wine...

Flippy, Sippy and Chippy will serve you now. Robots...

‘I had to do something to gain his respect’:...

ScotRail goes back into public ownership

‘We need to help WSL referees by making them...

‘We got our miracle’: Freed Americans back home in...

‘We couldn’t tell the truth about dire island post’

Scuba-diving veterans Suunto should be terrified of the Apple...

The Rings of Power episode 8 recap: the one...

‘We found a beauty’: Ukrainian firefighters save kitten from...

Streaming service Epix will get a facelift and relaunch...

Chloe Kelly: Manchester City striker does not ‘fear anything’...

French Montana to Speak at NFT.NYC, Sponsored By Radio...

‘Whoever takes that field, we’ve got one goal’

Sumner Stroh Appears to Slam Adam Levine After He...

Want to sound smart about the NFL? Here’s a...

Mystery Fireball That Lit Up Sky and Baffled Scientists...

When It Comes to Health Care, AI Has a...

Diamond Age picks up $50M to lay the foundation for the future...

Marcus Rashford: Ralph Rangnick not 'put any energy' into questions over forward's...