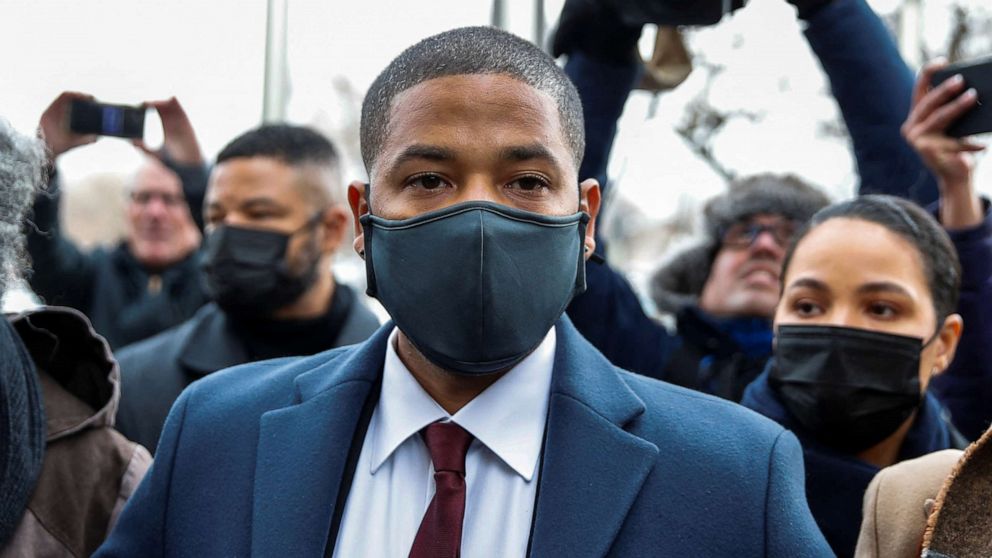 Former “Empire” actor Jussie Smollett has been sentenced to 150 days in county jail on Thursday for fabricating a 2019 hate crime attack on himself.

Smollett was also ordered to pay $120,000 in restitution to the city of Chicago, fined $25,000 and must serve 30 months of felony probation.

As Cook County Judge James Linn was imposing a sentence, Smollett screamed out, “I am not suicidal. I am innocent.”

The judge ordered Smollett to be taken to jail immediately.

Smollett, 39, appeared Thursday afternoon in Cook County Circuit Court in Chicago to hear his fate after a jury convicted him in December on five of six felony counts of disorderly conduct stemming from him filing a false police report and lying to police, who spent more than $130,000 investigating his allegations.

Prior to the sentencing, Linn denied Smollett’s motion for a new trial following a lengthy hearing.

“We’ve talked about this for two years,” Linn said. “I do believe that at the end of the day, Mr. Smollett received a fair trial.” Future Porsche EVs will know all about the road...

How to calculate your personal inflation rate and why...

Putin Losing Ukraine Amid Reports of Russians Sabotaging Own...

Plans for Harry Reid to lie in state at...

Eye on America: Thousands remembered on “Faces of COVID,”...

Jury selected for trial of men accused of plotting...

President Zelenskyy on what NATO and the US should...

Amid Ukraine’s war, a farmer takes comfort from her...

Zelensky to family of slain journalist: We ‘are mourning...

Bloomberg Wealth: How Do Your Finances Stack Up?

Manchin will back Jackson for Supreme Court

US mulls booting Nicaragua from trade pact over crackdown

School counselor alerts parents they can opt kids out...

MEPs object to including gas, nuclear in green investment

Omicron highlights lack of sick days for many U.S....

Mega Millions $1.28B jackpot lures players to the ‘luckiest’...

Sony’s new zoom lens shows it still has the...