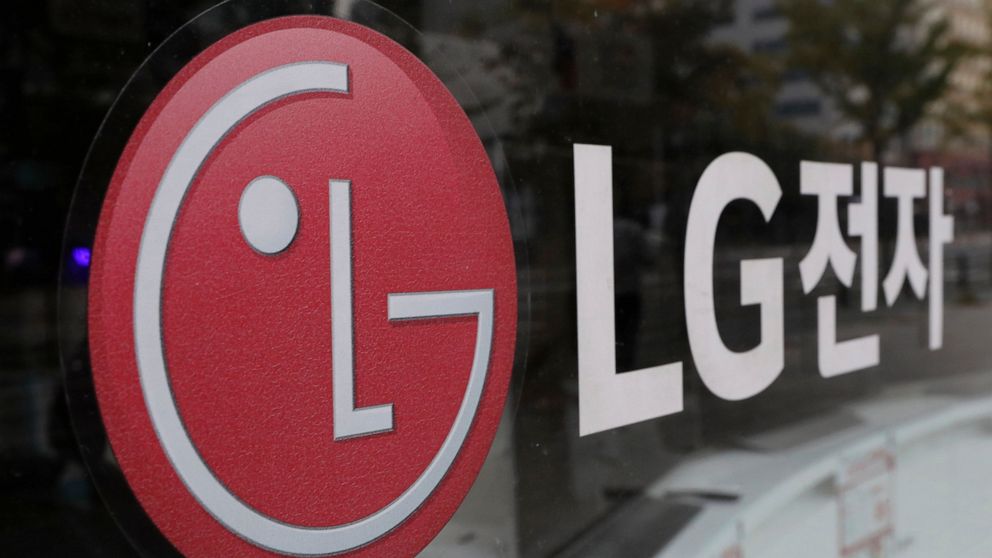 NEW YORK — LG Energy Solution will invest more than $4.5 billion in U.S. battery production by 2025 as more automakers commit to churning electric vehicles sooner than anyone had expected.

The Korean company, which has a joint venture with U.S. automaker General Motors, said the investment will help create 10,000 jobs, including subcontractors.

GM and LG are currently building a $2.3 billion battery factory in Lordstown, Ohio, near Cleveland, that will employ about 1,000 people when it is completed in 2022. The site is fairly close to GMs two other designated electric vehicle plants, one in Detroit and the other north of the city in Orion Township, Michigan. The companies hope to have a decision on a second site in the first half of the year.

General Motors has vowed to make its entire global fleet largely electric by 2035, even changing its corporate logo to include the likeness of an electric plug. The 112-year-old Detroit automaker has promised to roll out 30 new battery-powered vehicles globally within five years.

Not only is the administration of President Joe Biden laying out plans to tackle climate change, it’s also prioritizing new supply chains which it now considers a national security concern.

That includes everything from computer chips to batteries, most of which are built in China and other countries.

The goals of the U.S. president and automakers will be a propelling factor in the growth of the countrys electric vehicle and energy storage systems markets, said Jong Hyun Kim, CEO of LG Energy Solution. LG Energy Solution is dedicated to expanding its battery production capacity and structuring a stable, localized supply chain that provides everything from R&D to production.” Rescuers in Oregon managed to save a 10-year-old Great Dane that somehow got lost from his owner only to be discovered days later injured at the bottom of an embankment.
Read more

Princess Elizabeth and the Duke of Edinburgh married in November 1947. Winston Churchill described it as a flash of colour in the grey post-war Britain.
Read more

Take a Dive in The Seas at EPCOT

The Seas with Nemo & Friends at EPCOT is home to thousands of sea animals from over 60 different species, but also home to our aquarists and dive masters who educate and take care of the marine life, in partnership with our Guest Animal Experience Team. In th…
Read more

A bystander captured the harrowing moments after a passenger fell unconscious from the platform.
Read more

Virginia is set to remove Richmond’s Lee statue on...

Lobster fishing will face restrictions to try to save...

Spotify announced Wednesday that it would start streaming podcasts and video content in an attempt to enter the video streaming world.
Read more

Emma Raducanu makes history as she advances to US...

Emma Raducanu has taken the U.S. Open by storm and on Wednesday she made history becoming the first qualifier to get to the tournament’s semifinals in the professional era.
Read more

The owners of PT Solusi Tunas Pratama are reviving the sale of a majority stake in the Indonesian telecommunication tower operator that could give it a valuation of at least $1 billion, according to people with knowledge of the matter.
Read more

A customer at a Jersey Mike's Subs in Southern California became incensed when an employee got her order wrong and stole a tip jar to show her dissatisfaction, authorities said.
Read more

A Dying Light 2 livestream is coming this week on May 27 and we're hoping to finally get a release date for the game.
Read more

London Heathrow airport Chief Executive Officer John Holland-Kaye said he expects Britain to announce that it’s opening up to Americans fully vaccinated against Covid-19 by the end of this month.
Read more

Norway PM to step down, Labor leader expected to...

Watch out – that SMS message could steal all...

Scam text messages have seen a major rise during the pandemic, Which? finds.
Read more

Lynyrd Skynrd canceled four of its upcoming shows after one of the band members tested positive for the coronavirus.
Read more

The FBI and Utah's State Bureau of Investigation have been asked to assist in investigating the killing of two newlywed women in the state, ...
Read more

Social media users on Wednesday are sharing videos posted by Ma'Khia Bryant before her death.The Ohio teen rose to national attention this week after she was shot by Columbus police on Tuesday du...
Read more

German union calls for Amazon workers to strike on...

A German trade union called on workers at seven Amazon (AMZN.O) warehouses to go on strike on Monday for several days to coincide with the global Prime Day promotion.
Read more

Pakistani police said on Monday that a hardline Muslim cleric had appeared in court hours after they arrested him on charges of sexually abusing a student at a religious school.
Read more

The friends, family, mentors and coaches of the England players who will take on Italy in the Euro 2020 final leave voice messages to wish them well.
Read more

Investors will happily continue to give the Federal Reserve chair the benefit of the doubt, but there’s good reason to question his characterization of policy being “well positioned.”
Read more

The IPCC's short scientific summary due out on Monday will be strongest statement yet on climate change.
Read more

Biden says he warned Putin of ‘devastating’ consequences if...

President Biden on Wednesday warned Russian President Vladimir Putin that Moscow would face "devastating" consequences if dissident Alexei Navalny were to die in prison."I made it clear to him that I believed the c...
Read more

Daniil Medvedev and Stefanos Tsitsipas will reignite their often ill-tempered rivalry when they meet in the French Open quarter-finals on Tuesday.
Read more

Federal agencies tasked with safeguarding the security and personal data of millions of Americans were given a C- in a cybersecurity report card by Senate investigators.
Read more

Bill Gross Says Another ‘Operation Twist’ May Be Ahead

Bill Gross, co-founder of Pacific Investment Management Co. (Pimco), says there's a real possibility of a "taper tantrum" and adds that he is short the 10-year Treasury future. He speaks with Bloomberg's Erik Schatzker on "Bloomberg Markets: The Close." (Sour…
Read more

Why e-commerce remains top of the agenda for Fasthosts

One month into the launch of Fasthosts' e-commerce website builder, the company reveals what's next.
Read more

In a decision Friday night, the U.S. Supreme Court temporarily blocked a judge’s order calling for the reinstatement of the Trump administration’s "Remain in Mexico" policy following a halt by President Biden.
Read more

States are scaling back on reporting Covid-19 data, but...

Only about half of US states still provide daily updates on key Covid-19 metrics -- such as new cases, deaths, hospitalizations and vaccinations -- a trend that worries some public health experts.
Read more

Lured south by sunshine, golf, and money, the former president’s allies and hangers-on have formed an alternate universe that revolves around Mar-a-Lago.
Read more

The family of Tony Parsons say they still need answers to 'many questions' about his death.
Read more

WaPo knocked for painting Biden as ‘deeply Catholic’ in...

Critics unloaded on The Washington Post for publishing a piece that described President Biden as "deeply Catholic" in its analysis of the debate over whether the president should continue to take Communion in light of his support of some abortion policies.
Read more

American Express is putting $40 million into a fund that will provide loans and other resources to underfunded small business owners in the U.S., with a focus on minority-owned companies.The loans, ran...
Read more

Dubbed the busiest actor in Hollywood, he was also seen in Nashville, Network and many other films.
Read more

As progressives re-coalesce around election reform as a vehicle to nix the filibuster, they're running into the same obstacles.
Read more

Is it too early to sign some of last week's unexpected high scorers? Here are Alistair Bruce-Ball's tips...
Read more

Saving my teeth damaged by years of domestic abuse

‘The strangest thing I’ve ever seen’

And coronavirus cases are on a slow decline, but officials worry about a cold-weather surge.
Read more

Four teenagers have been charged with a plot to attack a Pennsylvania high school in 2024, on the 25th anniversary of the massacre at Colorado's Columbine High School, authorities said.
Read more

The LG CX OLED is now undoubtedly the best...

Last year's flagship LG OLED TVs are on the cusp of 120Hz glory, with Dolby Vision HDR set to support the high frame rate before October is out.
Read more

Concerns rising inside White House over surge in violent...

A nationwide surge in violent crime has emerged as a growing area of concern inside the White House, where President Joe Biden and his aides have listened with alarm as local authorities warn a brutal summer of killing lies ahead.
Read more

Poll: Two-thirds of AZ Democratic primary voters would back...

Two-thirds of Democratic primary voters in Arizona say they would support a primary challenge to Sen. Kyrsten Sinema (D-Ariz.) if she continues to oppose filibuster reform in the Senate, ...
Read more

Zoltan Pozsar on What’s Going on in Rates Markets...

Rick and Morty season 5 episode 7 doesn't hit the mark. Here are our detailed thoughts on the new episode.
Read more

PUBG Lite shuts down in India

Krafton has announced that PUBG Lite is being terminated and its website has been shut down as of April 29.
Read more

Pundits have filed a blizzard of predictions about the Biden administration’s looming troubles, but history has proven unkind to such prognostication.
Read more

Nigeria’s broadcast regulator began drafting new rules that will require Twitter Inc. to have a license to operate, after the government banned the platform in the West African nation, the country’s government said.
Read more

She pledges to change the culture in Albany.
Read more

The University of Virginia will require students to get vaccinated for COVID-19 before returning to campus for the next academic year. The university ...
Read more

Sons’ deaths prompt family to speak out about opioid...

Israel will send 700,000 soon-to-expire Pfizer doses and will receive jabs in return later in 2021.
Read more

Trump is already claiming the California recall is rigged

The disconnect between GOP expectations and polling all but ensures that a tight Newsom victory would spur a new wave of voter fraud accusations.
Read more

Donald Trump is criticizing Hillary Clinton for meeting with top donors of the Clinton Foundation when she was secretary of state. CBS News contributor John Heilemann has he latest from the campaign trail.
Read more

The Pentagon's inspector general will review whether the department has plans to respond in the event the so-called "nuclear football," the briefcase that holds nuclear launch codes and other sensitive equipment, is compr...
Read more

Los Angeles Angels superstar Shohei Ohtani had a world-class response to the controversial comments made by Detroit Tigers broadcaster Jack Morris during Tuesday night’s broadcast that resulted in his indefinite suspension.
Read more

Here's how to watch a 2021 Indian Wells tennis live stream as Emma Raducanu and Daniil Medvedev headline an all-star cast in the desert, with the odds wide open.
Read more