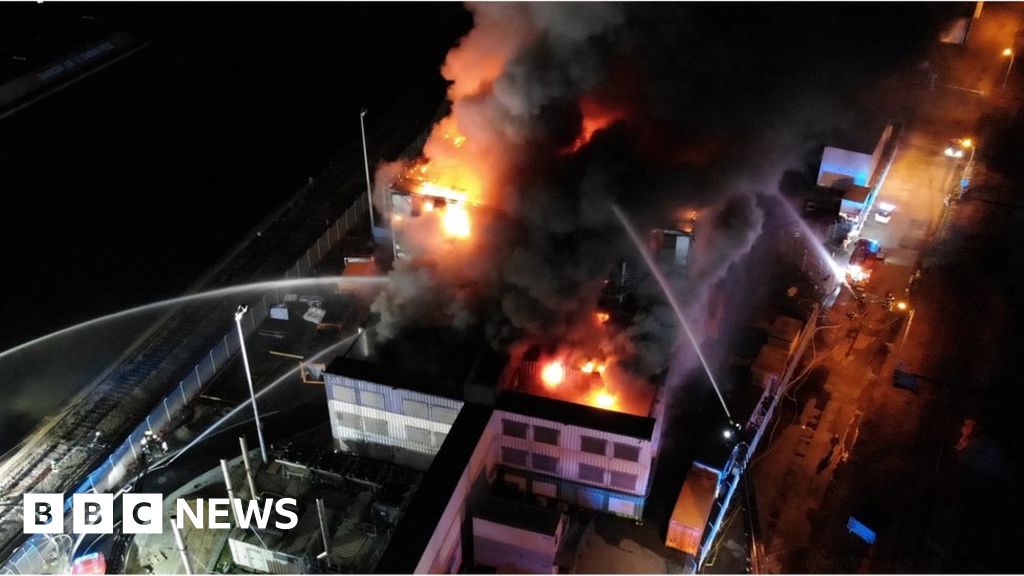 Google has denied that recent problems with its services in Russia were the result of a fire at cloud provider OVH data centres in Strasbourg.

The Russian authorities had directly blamed the blaze for disruptions to Google and YouTube.

Google believes an unrelated networking issue was responsible for the problems, which lasted for about two hours.

It suggests it is a coincidence the two events were in the same timeframe.

In a statement Google said: “At 02:00 Pacific Time on 10 March we became aware of an upstream network issue that partially impacted internet service for users in Russia.

“We believe the cause of this incident was a misconfiguration of the routers at a local third-party internet service provider.

“Following extensive investigation we have no evidence to indicate that the fire in OVHCloud’s data centre, or Google’s own infrastructure, was the root cause of this incident.”

Russia’s media watchdog the Federal Service for Supervision in Telecom, IT and Mass Communications – also known as Roskomnadzor- told news agency TASS that access to Google, YouTube and a number of other services were “caused by an accident in a major European data centre in Strasbourg”.

It went on to say that it was “not connected to the agency’s actions on restriction of speed of access to the Twitter social platform”.

Russian president Vladimir Putin recently gave the watchdog the power to block social media platforms if they discriminated against Russian media. Twitter was recently slowed down for failing to remove 3,000 posts relating to suicide, drugs and pornography.

image captionOne building was destroyed and another damaged

The fire in Strasbourg destroyed one data centre and damaged a second.

Cloud service provider OVH has 1.6 million customers across 140 countries but it is not believed any Google services to Russia are routed via OVH. Daniel Moriarty takes 6-60 to skittle Gloucestershire for 158 and put Surrey on course for victory at The Kia Oval.
Read more

Iván Duque says his aircraft was shot while he was flying near the border with Venezuela.
Read more

Prince Charles comments on the couple's second child while carrying out engagements in Oxford.
Read more

Ryan Yarbrough followed up a rare Tampa Bay complete game with six solid innings and the Rays became the first team to reach 40 wins this season, 4-2 over the Baltimore Orioles on Friday night.
Read more

The Samsung Galaxy A72 is a mid-range alternative to the Galaxy S21. Here's what you need to know about it.
Read more

Amazon will discontinue its Prime Now delivery app and website to integrate the feature onto its main platform, the company said Friday. Users will be able to get the same service from Prime Now,...
Read more

Cabinet minister George Eustice warns against getting "carried away" by a "staged gunnery exercise".
Read more

The prime minister says it is a "big step towards vaccinating the world" by the end of 2022.
Read more

CLEVELAND - Conservative author and venture capitalist J.D. Vance has emerged as an "X-factor" in the Ohio Senate race as he considers bringing his name recognition and deep pockets to the already crowded Republican prima...
Read more

Newcastle United boss Steve Bruce says his family think he is "sick" for not walking away from his job but that he will not quit the role.
Read more

Facebook confirmed it’s testing a video speed-dating app called Sparked, after the app’s website was spotted by The Verge. Unlike dating app giants such as Tinder, Sparked users don’t swipe on people they like or direct message others. Instead, they cycle thr…
Read more

The Fed May Run Into a Phillips Curve Problem...

We’re soon coming up on the one-year anniversary of the Federal Reserve’s new Flexible Average Inflation Targeting framework, which was unveiled at the Jackson Hole conference last August.The broad way to think about the new approach is that it’s designed to …
Read more

And the Senate parliamentarian gives the Biden agenda a boost.
Read more

Most people in US favor Afghan ally refugees: AP-NORC...

Most people in the U.S. want to see Afghans who worked with Americans in the Afghanistan war offered refuge in the United States
Read more

The financial centers are moving in opposite directions when it comes to their quarantine and travel response to Covid-19.
Read more

A federal election watchdog fined the publisher of the National Enquirer $187,500 for a payment it made to keep under wraps a story about former President Donald Trump’s alleged affair with a former Playboy model
Read more

Ubisoft has unveiled that the upcoming Rainbow Six Siege Year 6 Season 3 operation would be Crystal Guard which will apparently introduce a new attacker.
Read more

Harris calls for pathway to citizenship for Dreamers on...

Vice President Harris on Tuesday renewed a push for immigration reform, calling on Congress to create a pathway to citizenship for millions of immigrants during a meeting with immigrant care workers. ...
Read more

Watters: Democrats can’t control the narrative when people are...

Fox News host Jesse Watters slammed Democrats and their efforts to stamp out dissent to their far-left agenda during his opening monologue Saturday.
Read more

After five days, authorities are still trying to find escaped inmates Richard Matt and David Sweat. It's suspected the two men may have planned to head into Vermont. Anna Werner reports on the manhunt.
Read more

How the (pro) evolution of Konami’s eFootball came to...

Hackers Are Exploiting Discord Links to Serve Up Malware

Beware of links from platforms that got big during quarantine.
Read more

Tesla Inc. is appealing a ruling by the National Labor Relations Board that it repeatedly violated U.S. labor law, including by firing a...
Read more

The Supreme Court handed down its decision 45 years ago this week. Here's what arguments on each side looked like in 1972
Read more

How the fall of Kabul stunned the Biden administration and spawned the worst week of his presidency.
Read more

Google has announced that the Jetpack Tiles library, which third-party developers can use to create custom Wear OS Tiles, is in alpha.
Read more

Freedom Caucus weighs its next move

CHEN REACTION: The House Freedom Caucus is wrestling with how to respond to the speedy efforts by GOP leaders to install Rep. Elise...
Read more

Microsoft Wants to Offer Xbox Gaming on TVs Without...

President Joe Biden renewed his call for added gun-control laws and ordered U.S. flags to fly at half-staff after a deadly shooting near the Indianapolis airport, the latest in series of massacres that have shaken the nation.
Read more

Peloton is offering big subscription discounts, if you qualify

Less than a third of people who test positive are being spoken to by contact tracers within 24 hours.
Read more

Covid cases in the South West highest among young...

The former law firm for disgraced South Carolina attorney Alex Murdaugh is suing him, alleging he used a fake bank account to steal money from the firm and clients.
Read more

A jury in Maryland has found a gunman criminally responsible for killing five employees of the Capital Gazette newspaper in Annapolis, Maryland in 2018.The jury ruled that Jarrod Ramos, 41, was sane at the time of...
Read more

"They cannot find differences." This facility in Russia says their synthetic emeralds are so close to the real thing, they sometimes fool inexperienced gemologists (Source: Quicktake)
Read more

One person was injured during the incident on the evening of June 22, as the cattle roamed around neighborhoods for several hours.
Read more

Singer Christina Grimmie was killed by a stalker and Ivanka Trump has been stalked, too; now, an "NCIS" star is trying to change stalking laws. "48 Hours" correspondent Erin Moriarty investigates Saturday, Sept. 9 at a special time, 9-11 p.m. ET/PT on CBS.
Read more

The US Is Getting Covid Booster Shots. The World...

The White House’s plan to roll out third shots for any American adult is raising profound questions about global equity.
Read more

The Thunderstorm, a four-person parachute team, gets fans excited ahead of every Denver Broncos home game at Sports Authority Field. Their aerial acrobatics make the Thunderstorm one of the most exciting pre-game rituals in professional sports. It's the only …
Read more

Dr. Sanjay Gupta: Simple steps for coexisting with the...

As we prepare to head into our second fall with the coronavirus, it's admittedly a strange time. On the one hand, the situation is better than last year, primarily because we have vaccines that are doing a terrific job of protecting the roughly 60% of America…
Read more

Google Meet is fixing one of the most annoying...

Google Meet will now warn users who are causing an echo.
Read more

U.K. Prime Minister Boris Johnson risks his first parliamentary defeat since his 2019 election victory as he faces a backbench rebellion over a planned cut to overseas aid, a potential embarrassment ahead of the G-7 Summit.
Read more

Foundation episode 5 promised us a major battle – but we got something much better instead.
Read more

The Spennylympics fundraiser is in memory of Stuart Bates' brother, Spencer, who died in 2011 from Lou Gehrig's disease. The team has reported they have raised more than $100,000 in donations. Imtiaz Tyab has the story.
Read more

An iconic POS system, known for it's efficiency and minimal design. But how suitable is it for your business?
Read more

(Check for Updates!) Do you need a hair dryer, robot vacuum, or smart rice cooker? We can fill all your homebody needs here.
Read more

France says turning boats away would break maritime law, but No 10 says all its actions are legal.
Read more

President Biden announced Wednesday that nursing homes must require staff be vaccinated in order to qualify for Medicare and Medicaid funding. He also said the federal government would step in to fund schools if GOP governors cut payments to punish them for m…
Read more

CNN Underscored exclusive: Get 40% off hundreds of Frisco...

Typically, Chewy's 35% off on autoship orders is enough to make you want to stock up on goodies for your furry friend, but today CNN Underscored is offering an additional promotion of 40% off over 200 different Frisco items for our Days of Deals.
Read more

Miami Police Chief Art Acevedo discusses two recent deadly shootings in South Florida as well as a bill Texas' governor is likely to sign into law that would allow people to carry handguns in public without a license, background check or training.
Read more

Anthony "AJ" Elfalak was spotted by a helicopter drinking water from a creek near his home.
Read more

Christina Tosi, a two-time James Beard award-winning chef and the founder of Milk Bar, is now a mother and the author of a new children's book, "Every Cake Has a Story." CBS News correspondent Meg Oliver sits down with Tosi to discuss the meaning and inspirat…
Read more

Washington could be one of the best teams in the NFL if the offense comes around in 2021.
Read more

Sabina Nessa's body was discovered in a walkway just off a park in south-east London.
Read more

Bose 700 deals are returning to record low prices at Amazon