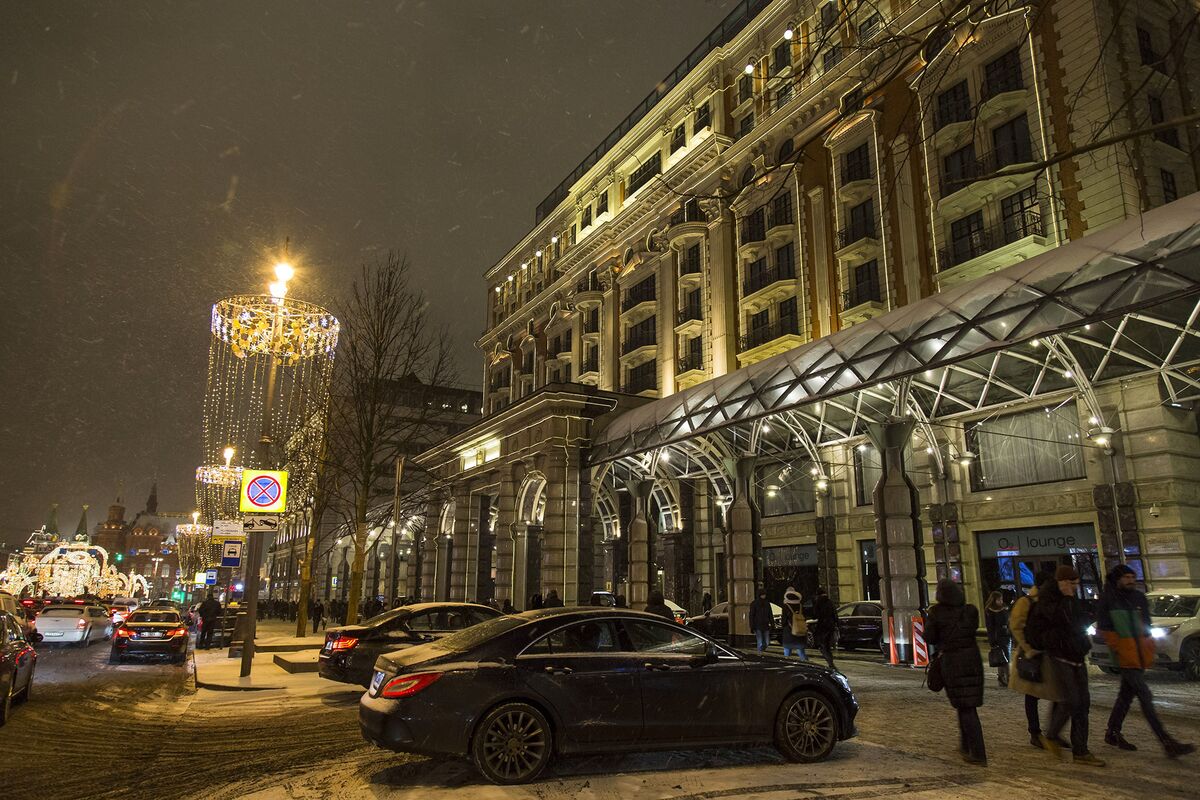 Five-star hotels are still operating in Russia, but theyre having to rely on locals amid sanctions on the country.

Luxury destinations such as the Ritz-Carlton in Moscow and the Four Seasons are offering stays that can cost as much as 284,375 rubles ($2,165) a

Belmond has also kept its

Grand Hotel Europe in St. Petersburg open. The hospitality chain is owned by

LVMH, which decided to shut down 124 stores in Russia earlier this month. The French luxury-goods maker, which owns Louis Vuitton, Christian Dior and Sephora and has 3,500

workers in the country,

Belmonds example goes to show how some foreign companies like LVMH are stopping short of pulling out entirely from Russia, despite announcing store closures and other measures to reduce their presence. While logistical challenges may make it too complicated to ship Louis Vuitton handbags to Russia, its still possible to service a hotel and provide all the typical amenities and services for now.

A Belmond spokesman said the chain continues to monitor the situation as it evolves. The St. Petersburg hotel employs 280 people. LVMH declined to comment.

Marriott, the owner of Ritz-Carlton, said in a statement March 10 that its hotels in Russia are

owned by third parties and it continues to assess the ability for them to stay open. The group has closed its corporate office in Moscow and is halting investments in the country. Its common for hospitality groups to franchise hotels or operate them without owning them.

InterContinental Hotels Group said on March 10 its suspending new hotel openings in Russia, adding it has long-term management or franchise agreements with independent third-party companies that own the hotels in Russia.

Sanctions imposed on Russia are likely to drive away foreign tourists and have an adverse effect on hotels, Malta-listed

said March 3. The company owns the Corinthia chain, which has a luxury hotel thats open in St. Petersburg not far from the Hermitage Museum, the biggest tourist attraction in the city.

The global travel industry has already taken steps to scale back its footprint in the region. Booking.com suspended travel services in Russia and Belarus, Chief Executive Officer Glenn Fogel said in a

LinkedIn post on March 4. Domestic travel is falling too with flight bookings in Russia down 49% in the week Feb.24-March 2, compared to the previous 7 days, travel trends specialist ForwardKeys

Four Seasons didnt immediately reply to a request for comment. Celtic players and staff celebrate all but winning the...

In pictures: Prince William and Kate visit west of...

US embassy: Russian attack on Ukrainian nuclear plant ‘is...

A Brutal Wave of Bird Flu Spotlights the Need...

Escape from Kabul: One Afghan family’s tale of heartbreak...

Your Evening Briefing: Natural Gas Tries to Jump on...

US trade representative seeking to mend relationship with national...

Bulls Have Much ‘Explaining To Do,’ Morgan Stanley’s Wilson...

Students around the world make a stand against modern...

CDC advisers: All teens ‘should’ get Pfizer Covid booster

The friends who explore abandoned buildings