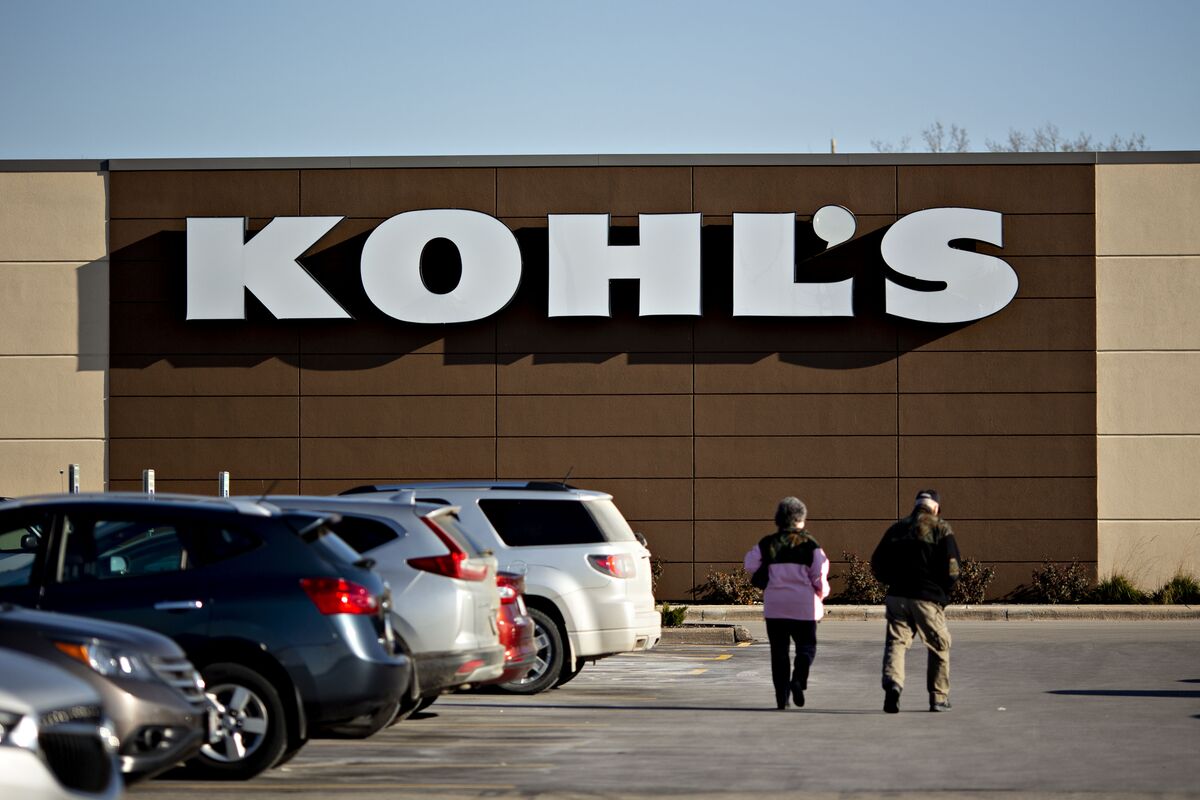 The activist group pushing for changes at

Kohls Corp. scaled back its slate of director nominees so that it is no longer seeking control of the retailers board and identified the incumbent directors it would like replaced.

statement Thursday it will now seek five seats on the 12-member board rather than nine. The group said the rationale for putting forth the

larger slate, revealed last month, had been to work constructively with the company to draw its new directors from a large pool of potential candidates.

Rather than engaging in meaningful discussions, however, Kohls has tried to distract shareholders into believing our campaign is about seizing control of the company or the board, the investor group said in its latest statement. Our campaign is to construct the strongest possible board with directors who possess relevant retail, capital allocation, strategy and corporate governance expertise.

A representative for Kohls wasnt immediately available for comment.

Related: Kohls Activists Have a Point, But Why Now?: Sarah Halzack

The group also identified five incumbent directors, including Chairman Frank Sica, that it said were the least qualified and should be replaced with its nominees. The other directors called out by the investors were Steven Burd, Jonas Prising, John Schlifske and Stephanie Streeter.

Collectively, we believe these five individuals should be held accountable for overseeing a decade of stagnant growth and poor shareholder returns, the group said.

The investor group last month disclosed a 9.5% stake in Kohls and has said change is needed due to the chains poor retail execution and strategy that has led to stagnant sales and declining margins. It has also criticized the board for lacking retail experience.

The company has countered that Kohls has outperformed during the pandemic and is now positioned to accelerate growth and profitability. It argues the activist campaign threatens to derail that progress.

Kohls said in a regulatory

filing earlier this week that the company plans to set up a meeting between the investor group and the companys CEO, Michelle Gass, for the near future and that a meeting with the board would be considered after the meeting with Gass.

From ‘Sesame Street’ to ‘Alma’s Way’: How Sonia Manzano continues to... From ‘Sesame Street’ to ‘Alma’s Way’: How Sonia Manzano continues to... Svetlana and Anatoly were determined to stay in their front-line village. This is what happened next.
Read more

Police in Los Angeles are looking for a suspect seen on video punching out a man in his 70s who was performing on the Venice Beach boardwalk Sunday afternoon, authorities said.
Read more

Space Jam and the Fury of an Algorithm Scorned

The reboot—along with Netflix’s The Mitchells vs. the Machines—portray vengeful AIs as jilted geniuses. That revolution shouldn’t be televised.
Read more

Covid: Lorry drivers arriving in England to be tested

Hauliers travelling from outside the UK will need to take a Covid test from 6 April.
Read more

Charges have been filed against two men who allegedly were involved in an anti-Semitic hate crime attack that injured five people at a Los Angeles restaurant in May, the Los Angeles County District Attorney's Office announced Tuesday.
Read more

The Sennheiser CX True Wireless seem to offer a host of upgrades without a hefty price hike.
Read more

Mark Grant on the Markets (Radio)

The railway station hosting the Oscars

Union Station in Los Angeles will be one of the venues for this year's Oscars.
Read more

Covid: Surge vaccinations could be used to tackle Indian...

The government wants to consider "all options" to deal with the rise of the Covid variant, No 10 says.
Read more

Gun sales rise among Black people as they look...

Deborah Roberts grew up in a family of gun owners. But it wasn't until March this year that the 68-year-old finally pulled the trigger and purchased her own firearm.
Read more

Days after Hurricane Ida knocked out power in parts of Louisiana, only a fraction of residents have power. Grand Isle, the state's only barrier island with residents, is considered "uninhabitable." Omar Villafranca takes a look.
Read more

Cheney vows to fight on, but her ouster signals...

President Biden on Wednesday morning swatted a cicada off his neck ahead of his trip to Europe for the G-7 Summit.
Read more

Why is Israel demolishing homes in East Jerusalem?

Israel says the homes were built without planning permission and it is to try to keep East Jerusalem in order.
Read more

Syrian cease-fire begins, but will it hold?

A cease-fire in Syria, brokered by Turkey and Russia, is set to take effect on Friday. Earlier truces have not held for long in the Syrian civil war, which is nearly six years old. Holly Williams reports from Istanbul.
Read more

Biden aims for sweeping climate goal — with or...

It's a goal the White House insists the U.S. can meet even if Congress rejects Biden's calls for trillions of dollars in green infrastructure spending.
Read more

About 87 percent of the $540 billion in government support allocated to farmers each year is "environmentally and socially harmful," a according to a ...
Read more

This week, Cherlynn and Devindra dive into the wild world of NFTs, or non-fungible tokens, with Engadget Senior Editor Dan Cooper. What do they mean for the future of art and commerce? And should you care about them at all? Also, we chat about Micros...
Read more

ACLU sues Arkansas to block enforcement of ban on...

The American Civil Liberties Union sued Arkansas on Tuesday in an effort to block enforcement of a recently passed law that prohibits physicians in the state from providing gender-affirming treatment for trans youth, arguing it violates the Constitution and w…
Read more

GOP push to censure Waters, with nation on edge,...

Democrats are awaiting a ruling on their bid to add immigration to their social spending bill — which they see as their last chance for progress this term.
Read more

We've got the winners of the Network, Gaming and Computing categories at the TechRadar Choice Awards 2021.
Read more

President Biden on Monday stressed the right for Americans to be able to vote "freely," "fairly" and "conveniently" during Memorial Day remarks that came one day after Texas Democrats staged a walkout to block the passage...
Read more

Moderate GOP senators and Biden clash at start of...

A group of 10 Republican senators who met with President Biden for his first official Oval Office visit on Feb. 1 said Wednesday the Biden administration "roundly dismissed our effort" to reach a bipartisan com...
Read more

Sen. Pat Toomey (R-Pa.), the Senate Banking Committee's top Republican, sent letters to three of the Federal Reserve's regional banks complaining about their "obsession with race," which he said was part of a "...
Read more

Germany floods map: Where are the worst-hit areas?

Maps, images and graphics showing the heavy rainfall and flooding that has caused devastation in Europe.
Read more

Thousands of Iraqi paramilitary fighters, including powerful Iran-backed factions, marched at a military base in eastern Iraq on Saturday showcasing tanks and rocket launchers in their biggest formal parade to date.
Read more

Brood X periodical cicadas have taken over the Eastern U.S., disrupting sleep and even bombarding President Biden on Wednesday as he prepared to board Air Force One.
Read more

An email from the French embassy warns of "serious threats" after anti-blasphemy protests.
Read more

The CDC announced youth camps can reopen this summer without masks and social distancing if attendees and staff are fully vaccinated against COVID-19.
Read more

A fantastic deal - the Surface Pro 7gets a massive $260 price cut at the Best Buy 3-day sale.
Read more

R. Kelly's lawyer says the R&B star has gained weight and lost money while awaiting a sex-trafficking trial that starts in earnest next week
Read more

England midfielder Jordan Henderson says facing Germany in the last 16 of the European Championship is an "exciting" and "very tough test".
Read more

Crews across the U.S. West are lighting controlled burns and taking other steps to prepare for the 2021 fire season that follows the worst one on record
Read more

South Carolina Rep. Trey Gowdy, the chairman of the House Select Committee investigating Benghazi, tells Hillary Clinton in his opening statement that the probe is not singularly focused on the former secretary of state
Read more

Problems using Google Docs&quest; It could be your adblocker

Users have been reporting issues with Google Docs and Google Slides, but there are quick fixes available.
Read more

Lewis Johnson died after the moped he was driving crashed during a police chase, a court hears.
Read more

US vaccinations are increasing, but what happened to COVID-19...

As more Americans get vaccinated, the urgency to get a COVID-19 test is steadily declining despite the Biden administration's promise of a
Read more

The real life nomads of Nomadland

Meet the Americans whose lives on the road inspired the Oscar nominated film.
Read more

PHOENIX - Arizona Secretary of State Katie Hobbs (D) is raising new concerns about the way auditors hired by the Republican-controlled state Senate have handled more than 2.1 million ballots from the 2020 elect...
Read more

Bloomberg Westminster: A Jab In The Arm, Not A...

VPN Hacks Are a Slow-Motion Disaster

Willie Rennie says his party would restart training for mental health first aiders which stopped during the pandemic.
Read more

US Open: Daniil Medvedev through to round four at...

Second seed Daniil Medvedev eases into round four of the US Open with a straight-sets win over Pablo Andujar.
Read more

The event was meant to celebrate the former New Mexico lawmaker's confirmation as the Biden administration's new secretary of the Interior.
Read more

The Biden administration and allies in the states are combating vaccine hesitancy among older Americans, one person at a time
Read more

Parental consent will be sought for the programme for children aged 12 to 15, the government says.
Read more

Diplomats to Biden: Don’t give the plum Europe posts...

President Joe Biden is expected to release his first batch of political nominees for ambassadorships in the coming weeks. “Right now, every post has significance,” a former officer warns.
Read more

BUILDING THE BILL It is still recess, but with deadlines looming throughout September theres plenty percolating on Capitol Hill in the coming days...
Read more

Major American investment bank Morgan Stanley will be barring employees who are not immunized against COVID-19 from entering its New York offices, according to an internal memo obtained by the Financial Times.“Starting July 12 all...
Read more

Olivia Rodrigo Went From Plucking ‘The Climb’ On Guitar...

Olivia Rodrigo, MTV's Push artist for the month of May, talks about how her humble beginnings plucking Miley Cyrus's 'The Climb' and dreaded piano lessons built a foundation for her No. 1 success with 'Drivers License.'
Read more

California could get $150B from federal virus relief bill