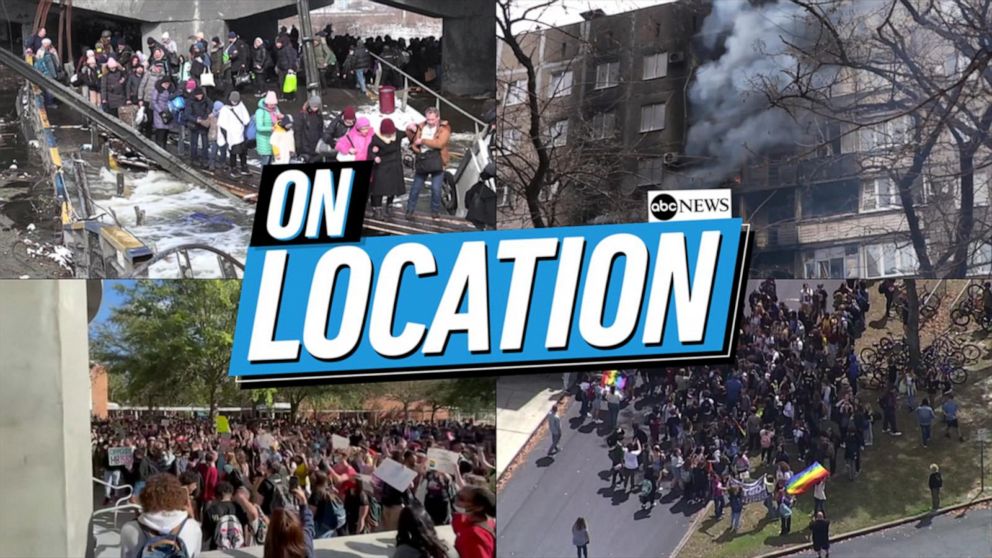 BROWN CITY, Mich. — A man who shot and wounded a Michigan sheriffs deputy serving a felony warrant was fatally shot by a second deputy after the suspect opened fire from an outbuilding at a home, police said.

Charles Raymond, 47, of Imlay City, was pronounced dead at the shooting scene in Brown City, Michigan State Police said in a statement on Twitter posted Wednesday evening that indicated the wounded deputy remained in stable condition.

State police said the agency’s preliminary findings indicate that at about 9:20 a.m. Wednesday a homeowner allowed Lapeer County deputies to check the premises for Raymond, who was wanted on a felony criminal sexual conduct warrant.

As a door to a detached outbuilding was opened, police said Raymond fired on the deputies, striking one of them multiple times, while a second deputy returned fire, striking Raymond.

The wounded deputy was hospitalized in stable condition. Police said the second deputy was not shot but he was being treated at a hospital for injuries that weren’t considered life-threatening.

Brown City is a community of about 1,300 residents thats located in both Lapeer and Sanilac counties, about 40 miles (64 kilometers) northeast of Flint. State police were investigating the shooting. Biden says he’s “doing well and getting a lot...

Prince Andrew to care for the queen’s corgis

Lawyer confident Mystikal will be cleared on rape charge

Schwarzenegger speaks to Russians in emotional video about war

RSPCA warns of spike in cruelty during summer months

How Indonesia’s policy stumbles over palm oil have unfolded...

Is today’s market sad or sane?

More than half of Americans view right-wing militia groups...

Abortion unavailable in most cases in Mississippi and Louisiana...

Woman Urged To Lie and Keep Her Pregnancy a...

‘A privilege’ to be in cup semi-final’ says Man...

How has Norwich responded to the arrival of stranded...

The best Star Wars video games ever made

Ukraine: Why so many African students were in the...

Heavy rains cause flooding across parts of Scotland

Apple workers revolt over return to office orders once...

Dispatches From Depths of Lost-Luggage Limbo…

The Morning After: Everything important from Google I/O 2022