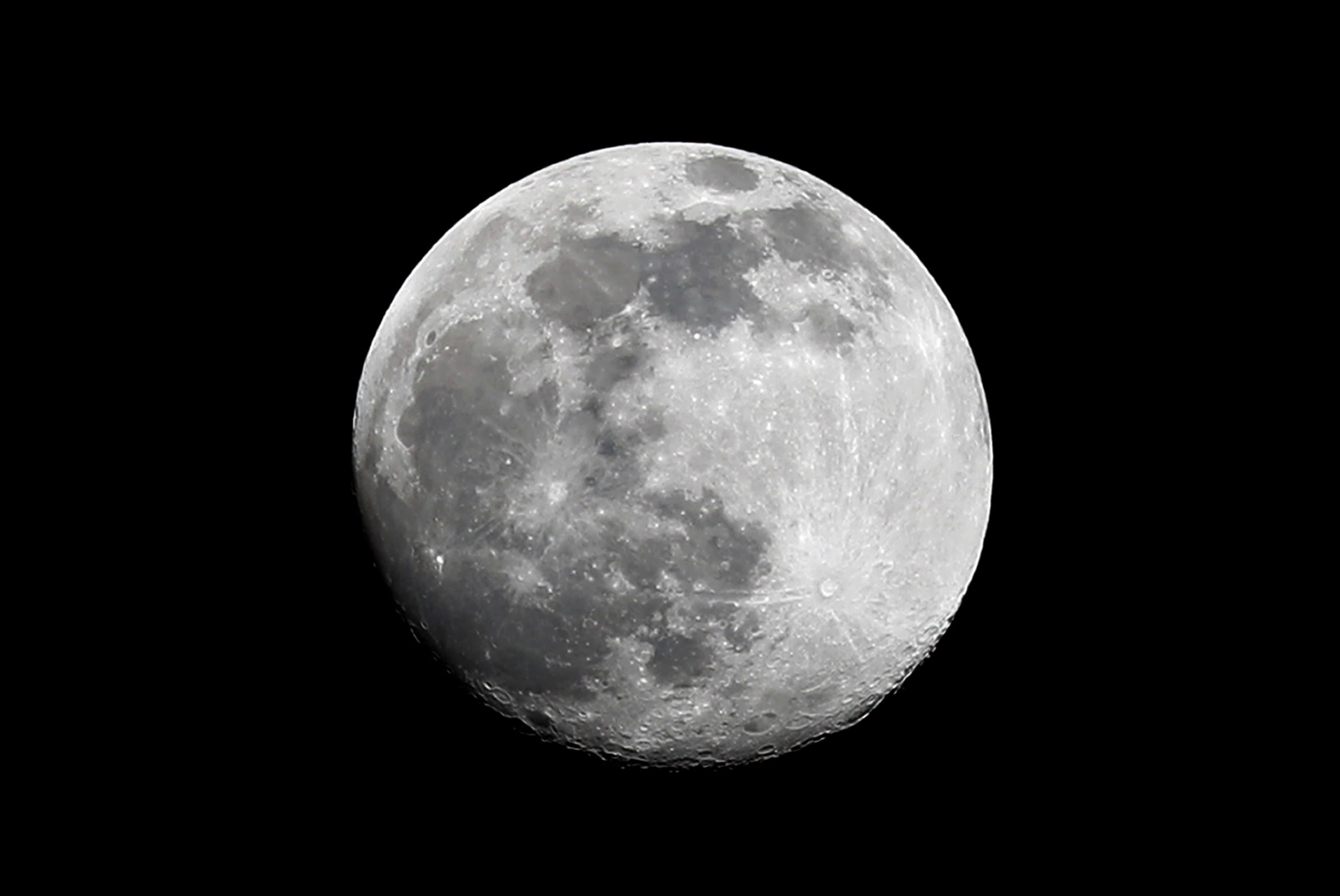 Russia and China plan to work together to build a research station on the Moon. In an announcement

, the two countries said they will collaborate on an International Lunar Science Station. There arent many details on the project yet, but Roscosmos, Russias national space agency, suggests it could include facilities both in orbit around the Moon and on its surface. It will also be open to other nations to join.

. Announced in October, the agreement seeks to create a template for peaceful, cooperative and transparent exploration of the Moon. Dmitry Rogozin, the head of Roscosmos, said the Lunar Gateway, a space station NASA plans to build in orbit around the Moon as part of Project Artemis, was too US-centric.

Thats despite the fact NASA and Roscosmos have collaborated productively for decades on the International Space Station. Rogozin later left open the possibility for the two space agencies to work together again, but with Roscosmos now partnering with China, the chances of that happening look much less likely. Oklahoma based megachurch pastor apologizes for rubbing spit on churchgoer

Federal prosecutors said Thursday that they plan to charge up to half a dozen additional members of the Oath Keepers in connection with the Jan. 6 attack on the Capitol.
Read more

Man arrested after he allegedly pepper sprayed and hurled...

Germany bans most travel from UK amid concerns of...

Germany on Friday issued a ban on most travel from the United Kingdom (U.K.), citing concerns about the spread of more infectious variants, including a new variant found in India, throughout the country. ...
Read more

Following a bench trial this week a federal court in Michigan is set to rule in the case of a farm that was banned from a city-run market in East Lansing over its owners' refusal to allow same-sex couples to hold weddings on their property.
Read more

Homes in north and central Spain are left isolated and without electricity as roads are forced to close.
Read more

Xbox Game Pass has introduced a multitude of games to us that we might not have checked out otherwise.
Read more

Draghi to Tell Parliament How He’ll Spend Billions in...

Prime Minister Mario Draghi goes to Parliament on Monday to present details of his 235 billion-euro ($284 billion) plan to re-engineer Italy’s economy that will be a test of the European Union’s post-pandemic recovery fund.
Read more

In summer, the stakes are rising for Biden

Can President Joe Biden avoid the "summer slump"? For most Americans, the unofficial arrival of summer with Memorial Day is a cause for celebration. But for newly elected presidents, it's more often been a reason for dread.
Read more

Will the French be ready to once again vote for the lesser of two evils? The post France’s Presidential Election: Frustration or Indifference appeared first on The American Conservative.
Read more

The Taliban raised their iconic white flag over the Afghan presidential palace in a low-key ceremony just as the U.S. and the world marked the 20th anniversary of the Sept. 11 attacks
Read more

US Navy seizes arms shipment in Arabian Sea amid...

The U.S. Navy says it has seized an arms shipment hidden aboard a vessel in the Arabian Sea
Read more

Cheney isn’t fighting McCarthy push to replace her in...

The No. 3 House Republican is prepared to choose her beliefs about the influence of Trump.
Read more

Upgrade your kitchen with these Prime Day appliance deals

From air fryers and rice makers to blenders and Instant Pots, these are the kitchen appliances worth buying this Prime Day.
Read more

Gun sales rise among Black people as they look...

Deborah Roberts grew up in a family of gun owners. But it wasn't until March this year that the 68-year-old finally pulled the trigger and purchased her own firearm.
Read more

Spain come from behind to beat Georgia for their first win of the World Cup qualifying campaign.
Read more

People can hold remembrance ceremonies together once more, after last year's were disrupted by Covid.
Read more

The country that endured one of the world's longest quarantines is back under restrictions.
Read more

It wasn't long ago that a New York Times bombshell about business ties between the president's son and a foreign entity would have received wall-to-wall coverage, but that was not the case with the paper's newest report about Hunter Biden.
Read more

What ‘historic’ expansion of child tax credit in relief...

Renault SA plans to sell its stake in Daimler AG worth about 1.2 billion euros ($1.4 billion), securing funds for its turnaround efforts after a record annual loss.
Read more

"You can potentially have it at home." A game-changing #Covid19 pill is being developed by Merck, which claims to cut the risk of hospitalization by about 50%. @Deakin University's Catherine Bennett explains how https://bloom.bg/2YpDoRs (Source: Quicktake)
Read more

Columbus Blue Jackets goaltender Matiss Kivlenieks died on Sunday night, and according to a medical examiner, the cause of his death was chest trauma from a mortar-style firework blast, not from a fall, which is what police initially reported.
Read more

David Mottram called a mental health support line after strangling a woman in her flat in Congleton.
Read more

Dan Gerard on the Markets (Radio)

The Organization for Economic Cooperation Development (OECD) announced Friday that 136 countries have agreed to a deal on a global minimum corporate tax of 15 percent.The deal is a top priorit...
Read more

Spring feels a bit like winter in parts of the Northeast. It's snowing across New York State and southern New England. The early spring storms are blamed for at least two deaths outside Boston. Up to half a foot of snow could pile up in parts of Massachusetts…
Read more

Hello. Europe is experiencing a flurry of coronavirus infections, but authorities are moving slowly to ramp up vaccination programs that have been hobbled by shortages and red tape—including strict privacy laws that make it hard to know who is eligible, The W…
Read more

Prosecutors in Los Angeles have decided not to file charges against reality TV star and former Olympian Caitlyn Jenner for a fatal car accident. CBSN's Contessa Brewer has the latest.
Read more

The rapper is being investigated after an incident was reported outside a club.
Read more

Johnson & Johnson reported on Wednesday that receiving one of its booster shots creates a significant increase of coronavirus antibodies, one of the main defenses against infection. J&J s...
Read more

The woman, in her 90s, was a passenger in a VW Polo which collided with a van, police say.
Read more

Malawi forward Gabadinho Mhango says the strength of their support back home is driving the Flames on at the Africa Cup of Nations.
Read more

Eels have a slippery reputation, transforming themselves in saltwater and freshwater environments – and no one knows exactly how they reproduce in the wild. Correspondent Conor Knighton talks with experts who share their fascination with the unknowable myster…
Read more

Novak Djokovic will need to be vaccinated to play...

Novak Djokovic will not be able to enter Australia to defend his Australian Open title unless he is fully vaccinated for Covid-19, the country's immigration minister said on Wednesday, putting the Serb's grand slam record bid in doubt.
Read more

Where is Jack Ma?

On the eve of what would have been the world's largest share listing, Ant Financial founder Jack Ma, the Chinese billionaire mysteriously disappeared. Things started to go wrong for Ma after he told a room full of banking regulators that their methods were ou…
Read more

It's a boy for Scarlett Johansson and Colin Jost.
Read more

Sign up to our Next Africa newsletter and follow Bloomberg Africa on Twitter There is still more to be had from the rally in...
Read more

Stacey Dash apologizes for past comments made on Fox...

Actress and commentator Stacey Dash on Wednesday has apologized for comments she made during past appearances on Fox News, describing herself then as an "angry, conservative, Black woman.""I've lived my life being...
Read more

Compassionate release became a life-or-death lottery for thousands of...

The assessment was dire: Horacio Estrada-Elias had "less than 18 months" left to live, his prison doctor wrote last year in a document submitted with the 90-year-old inmate's request for compassionate release.
Read more

WPL panel on equality in leadership

At the 2021 Women Political Leaders Summit, women leaders discussed what actions and commitments are needed to place more women in power and to achieve equal participation in leadership.
Read more

Maloney presses for action on bill to prevent liability...

Rep. Carolyn Maloney (D-N.Y.) on Tuesday pressed lawmakers to approve legislation that meant to prevent the Sackler family from avoiding lawsuits related to the the opioid crisis. "Congress has a duty...
Read more

It took an outsider to do what no one else would.
Read more

A 101-carat diamond has become the most expensive jewel ever bought with a cryptocurrency, after Sotheby's auction house opened the sale to bitcoin and ethereum.
Read more

Weaning off antidepressants when you feel better may seem like a good idea, but for some it can lead to a relapse into depression. Here's what experts say you can do to keep that from happening.
Read more

Germany on Friday formally acknowledged that in the early 20th century it committed genocide during its colonial occupation of what is now Namibia, killing at least 75,000 people. The government ...
Read more

Staveley teenager ‘drowned in canal trying to save friend’

Exeter director of rugby Rob Baxter says clubs need clarity on whether the next rounds of European matches can go ahead.
Read more

Pfizer antiviral pill could be risky with other widely...

The Food and Drug Administration (FDA) recently authorized two antiviral pills, one from Pfizer and one from Merck, making them the first at-home treatment for COVID-19 that has been touted as e a game-changer in the figh...
Read more

Biden visits the House in a bid to unite...

Liberals are fuming at a pared-back social spending plan. Leaders want a deal that can unlock an infrastructure vote. Can the president rally his party?
Read more

Apple Will Postpone Return to Office After Covid-19 Persists

Apple Inc. is pushing back its return to office deadline by at least a month to October at the earliest, responding to a resurgence of Covid variants across many countries, people familiar with the matter said.
Read more

One Stuck Container in Shanghai Reveals a Global Supply...

Somewhere in the world’s busiest port of Shanghai, a container of fertilizer sits among tens of thousands of boxes, waiting for a ride to the U.S. It’s been on the dock for three months, trapped by typhoons and Covid outbreaks that have worsened major congest…
Read more

Women Confront Man Taking Pictures of Them at Pool...

Mai Pham shared a video on her TikTok account of her confronting a man at a swimming pool who had taken photos of her and a friend.
Read more

Coach Wayne Pivac finds comfort in the experience at his disposal as Wales head to France bidding for the Grand Slam.
Read more

Senate must pass bill to enable the government to...

Get the Fitbit Luxe, the best fitness tracker of...

Our top-rated fitness tracker of 2021, the Fitbit Luxe, is currently at its lowest price ever over at Amazon.
Read more

For nearly a decade, a Japanese hotel has been giving bus tours to show visitors the history of the massive earthquake and tsunami that hit Japan’s northern Pacific coast in 2011. The 9.1 magnitude earthquake and the tsunami it generated on March 11, 2011, k…
Read more