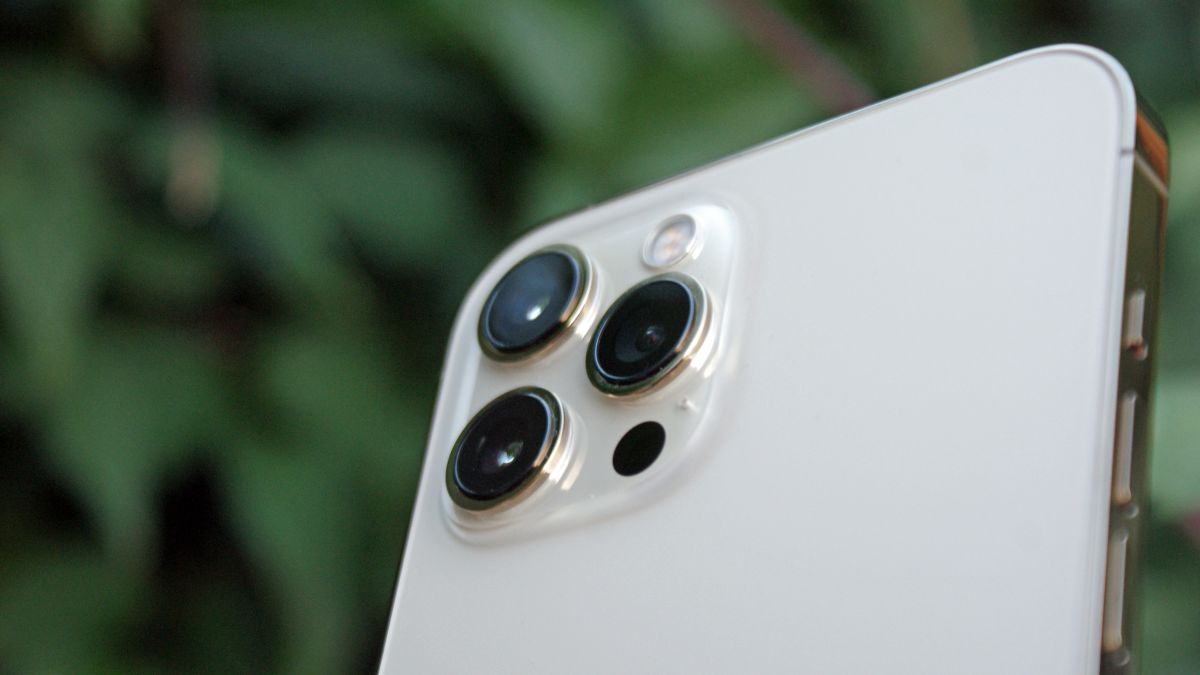 While most iPhone rumors are focused on the iPhone 13 arriving later this year, were also hearing about changes that could be further out, and one of those is a periscope camera, which according to a new report we wont see on an iPhone until 2023.

Thats according to Ming-Chi Kuo (an analyst with a superb track record for Apple information). He made the claim in a research note seen by MacRumors, and we cant help but be slightly disappointed by this, given that Samsung and Huawei already sell phones with periscope cameras.

These are a type of zoom lens that allow for a far greater optical zoom range in a small form factor than a conventional telephoto camera. As such, theyve allowed the likes of the Samsung Galaxy S21 Ultra to offer 10x optical zoom (and 100x digital), while the iPhone 12 Pro for example only has 2x optical zoom.

Its a believable claim though, given that Apple is rarely in any hurry to jump on tech bandwagons. Its worth noting that 2023 would be a year later than Kuo previously claimed wed see this, but sooner or later Apple will almost certainly stick a periscope camera on an iPhone, as other sources have also claimed the company is working on it.

And the iPhone 13 range might still get some upgrades to their telephoto cameras, with Kuo claiming that the “high-end” models (presumably meaning the iPhone 13 Pro and Pro Max) will have six-element telephoto lenses, up from five-element ones on current models.

This should lead to improved photos, and the telephoto camera will apparently be further upgraded to a seven-element lens for the iPhone 14 next year.

Other claims made by Kuo include the use of a plastic rather than glass Face ID transmitter for the iPhone 13, though its not clear whether this has any advantages beyond saving Apple money.

This change will apparently be coming in 2022 “at the earliest” though, so its another feature that we might be waiting until 2023 for.

As ever wed take all of this with a pinch of salt, especially for iPhones that are more than a year away, but as sources go, Kuo is a good one. Oscars 2021: A watershed moment for disability?

Disability is a key theme of this year's Oscar-nominated films, but what do disabled viewers think?
Read more

The Stocks Rotation Ride Is Real, and Violent –...

There’s no room left for doubt that a major shift is under way.
Read more

The OnePlus Buds wireless earbuds will soon be joined...

It's official: we're going to get a premium version of the OnePlus Buds in the near future, but that's about all we know.
Read more

Guy Johnson and Alix Steel bring you the conversations dominating the trading desks at the City of London and the view from on Wall Street.
Read more

Four astronauts splash down off the coast of Florida after a six-month mission to the International Space Station.
Read more

In a sprawling oil palm plantation in the Malaysian state of Perak, watermelon seedlings are sprouting from freshly ploughed earth between palm saplings while rented cows graze in overgrown areas of the estate.
Read more

The Huge Challenge of Getting Ports To Operate 24/7...

But replacing the measure that's allowed U.S. airstrikes in the region is "likely to happen when cows fly over the moon," one skeptic said.
Read more

Your Evening Briefing: SEC Threatens to Bring the Hammer...

GameStop Corp. plans to launch a marketplace for nonfungible tokens for gamers by the end of the year, according to a person familiar with the matter, sending shares of the beleaguered gaming retailer soaring in extended trading.
Read more

Some Evergrande unit’s offshore bondholders have not got interest...

Netanyahu credits himself with bringing Israel ‘back to life.’...

A mask may have been covering his face, but Benjamin Netanyahu's pleasure was undeniable as Austrian Chancellor Sebastian Kurz complimented the Israeli Prime Minister's handling of the pandemic and world-leading coronavirus vaccination campaign at an event in…
Read more

A new date for the helicopter's maiden flight will be set after updated software is tested.
Read more

Secretary of State Anthony Blinken spoke with the president and CEO of The Associated Press, Gary Pruitt, on Saturday night, hours after Israeli airstrikes ...
Read more

Bill Clinton has a history of serious health issues

In 1971, he led a one-man filibuster to protest the Vietnam-era draft and he read into the Congressional Record thousands of pages of leaked documents known as the Pentagon Papers
Read more

The dean of UCLA’s Luskin School of Public Affairs confirmed Thursday that Black Lives Matter co-founder Patrisse Cullors will deliver a commencement address at a June 11 graduation ceremony amid scrutiny of her past critical remarks concerning Israel.
Read more

A 13-year-old boy who was manufacturing and selling so-called "ghost guns" has been arrested after he allegedly shot and killed his 14-year-old sister with one of his own homemade firearms, according to the Douglas County, Georgia, Sheriff's Office.
Read more

Fund Managers Say ‘Long Bitcoin’ Is the Most Crowded...

Manchester City are to install 5,620 rail seats at Etihad Stadium this summer so they can create a safe standing area should rules around standing change.
Read more

Nigerian police have announced that at least 187 people including babies have been freed in the country’s troubled north, one of the country's largest liberations of kidnap victims
Read more

Good Wednesday morning, Illinois. The swine, cattle and goat shows will be held today in Springfield, and were not talking about the General...
Read more

Sarah Lien on the Markets (Radio)

Southgate says England fans can intimidate Italy but not...

England manager Gareth Southgate said the team's fans can try to intimidate Italy but should remain respectful and not boo their national anthem ahead of the European Championship final at Wembley Stadium on Sunday.
Read more

No, the GOP and the Dems Haven’t Actually Swapped...

Republicans’ attacks on Big Business are as fake as their phony working-class act. But the paying audience loves the show and that’s all that matters.
Read more

FEC rules foreigners can donate to US ballot initiatives,...

The Federal Election Commission has ruled that foreigners – whether people, governments, or corporations – can make donations to ballot initiatives in states that don’t otherwise outlaw the practice, according to a Tuesday report.
Read more

The Seattle Seahawks will face the New England Patriots in the Super Bowl next Sunday, but will "deflate-gate" have any impact on the big game? Huffington Post senior sports columnist Jordan Schultz joins "CBS This Morning: Saturday" to discuss the controvers…
Read more

Police said the driver and both victims are members of the Fort Lauderdale Gay Men's Chorus.
Read more

Trump to hold rally in Florida ahead of Fourth...

The rally comes after the Trump Organization and its CFO were charged with tax fraud on Thursday.
Read more

When Anwar Raslan was sentenced to life in prison for crimes against humanity, he appeared nonplussed. Elsewhere in the courtroom, the former Syrian colonel's victims rejoiced. Amid cheers, they shook hands and embraced. Social distancing rules were briefly …
Read more

In their lawsuit, a group of men say they were forced to work on cocoa firms in Ivory Coast.
Read more

An experiment in Brazil suggests the pandemic can be controlled after 75% of people are fully dosed.
Read more

Don't miss Verizon's iPad Pro 2021 deals this weekend if you're looking for a cellular tablet - you can save $460 with the carrier's 'BOGO' promotion.
Read more

Figures for October show the number in payrolled employment was higher than the month before the pandemic began.
Read more

Sean Taylor on the Markets (Radio)

Annabel Williams: Behind the scenes secrets of a celebrity...

She has voice-trained Amy Winehouse, Jennifer Hudson and reckons she can help anyone to sing.
Read more

Turkish President Recep Tayyip Erdogan on Saturday called social media a "threat to democracy.""Social media, which was described as a symbol of freedom when it first appeared, has turned into on...
Read more

Everytown for Gun Safety on Wednesday announced the launch of a litigation fund aimed at supporting legal claims by survivors of gun violence. Everytown Law, the legal division of the gun control advoc...
Read more

Billionaire Sir James Dyson moves residency back to the...

These Xbox game deals are offering big savings this...

After Black Widow, more MCU prequel movies could be...

Black Widow may not be the only MCU prequel movie that gets made, according to Marvel Studios President Kevin Feige.
Read more

WHO: Omicron could spread faster but it’s still not...

White House: 75 percent of adults have at least...

Three-fourths of U.S. adults have been vaccinated with at least one dose of the COVID-19 vaccine, a White House official announced on Tuesday.White House Data Director Cyrus Shahpar marked the mi...
Read more

US astronaut launching next month may spend year in...

Plans to pump money into rebuilding the nation’s roads, bridges and other infrastructure could give companies that make machinery and materials a solid foundation for growth
Read more

Philippe Coutinho: Five of his best Liverpool goals as...

Watch five of Philippe Coutinho's finest Premier League goals for Liverpool, as the Brazilian returns to England in a loan deal with Aston Villa.
Read more

Scuffles break out in Georgia’s Parliament over cameraman’s death...

Police in Georgia were forced to eject dozens of people from Parliament after journalists and opposition lawmakers tried to force their way into the lower house in protest of a news cameraman's death, according to agency video footage and reports.
Read more

R. Kelly's music sales have spiked since he was convicted for sex trafficking and racketeering, ...
Read more

Welcome to the ‘Gay Games,’ an alternative to the...

Tom Waddell, an athlete in the 1968 Olympics, created the Gay Games first held in 1982 to celebrate LGBTQ inclusion. The Gay Games are still held to this day with the next round scheduled for 2022 in Hong Kong.
Read more

Incident in central Henan province is just the latest to underline the country's chaotic handling of dangerous animals.
Read more

Oil major Exxon Mobil Corp (XOM.N) said on Tuesday it bought a 49.9% stake in Norwegian biofuels company Biojet AS, as it looks to strengthen its low-carbon business to aide its targets for…
Read more

Colorado officials on Sunday confirmed that one of the three people who were reported missing in the Marshall Fire has been found alive, while the two others remain missing.During a press briefing, Boulder County S...
Read more

Senate Democrats are scrambling to try to squash legislation from Sen. Ted Cruz (R-Texas) to slap sanctions on the company behind the Nord Stream 2 pipeline, which will carry gas from Russia to Germany.State Depart...
Read more

OnePlus Nord 2 Pac-Man phone is here, and it...

OnePlus has teased the OnePlus Nord 2 Pac-Man Edition, and it brings big changes to the design and software.
Read more

Scientists are warning that climate change is already compounding the extreme heat battering the Pacific Northwest, and will do so even more as the planet continues to warm.Oregon and Washington ...
Read more

US Catholic bishops may dodge rebuke of Biden over...

A woman claims she was attacked by a man identified as a prime suspect in the murder of Emma Caldwell.
Read more

George Gonzalez was killed during what officials called a "shooting event" near the Metro bus platform just outside the Pentagon on Tuesday.
Read more

The key witness in the Ukraine inquiry was fired two days after Trump's acquittal in the Senate.
Read more

Peloton is coming to Australia