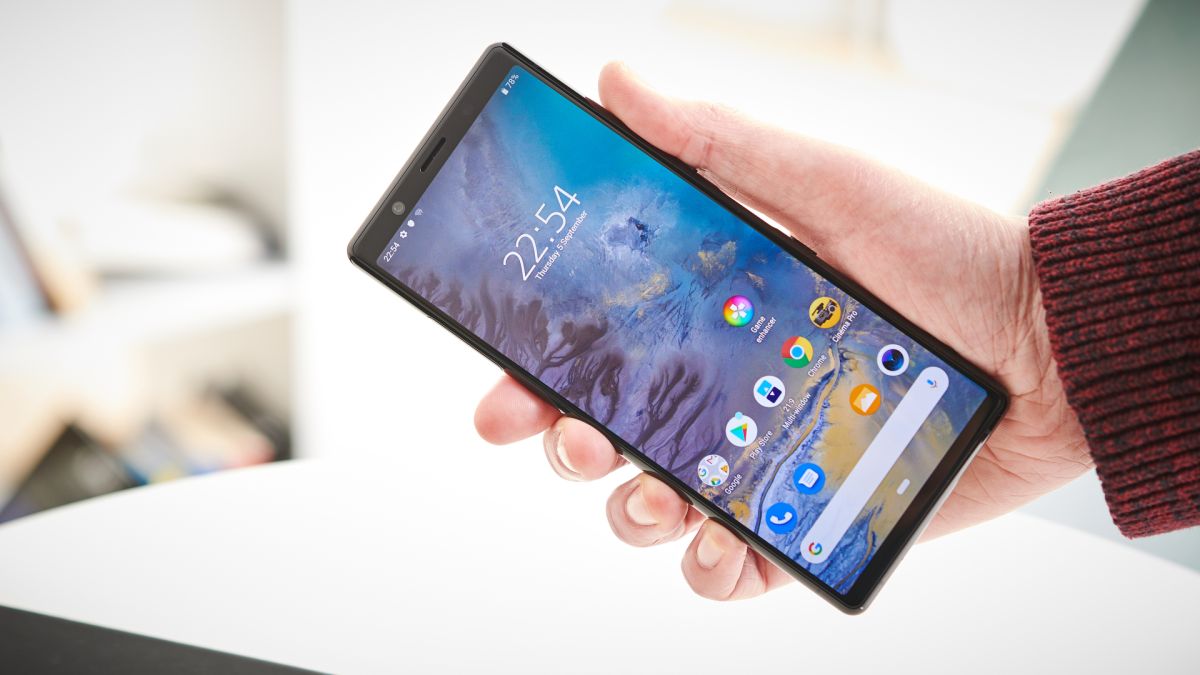 One of the most anticipated phones of 2021 is the Sony Xperia Compact, a rumored small-form sibling to the upcoming Sony Xperia 1 III that’d scratch the itch of many mini-phone fans. We might, however, be in for some disappointment on that front.

As reported by AndroidNext, a leaker on Chinese media site Weibo has stated that Sony’s upcoming 5.5-inch phone (the Xperia Compact) won’t get a global launch. In fact, this leaker thinks the phone is actually a follow-up to 2019’s Sony Xperia Ace, and will probably only be on sale in Japan.

It’s not clear where this leaker got their information, but sadly the leak does make sense: the Sony Xperia Ace was a Japan-only compact phone with mid-range specs, as we’ve heard the Xperia Compact has.

With the launch of the iPhone 12 mini, there was a hope that more Android phone makers would make compact phones too. Apple is seen as popularizing features other phones have, and some expected Apple’s new small-size phone would kick off a new trend.

The Sony Xperia Compact was seen as the flagship of the new trend – Sony already has a history of mini-mobiles, and was deemed the most likely to put out a new such phone. It seems like that won’t be the case anymore, though.

With many smartphone makers making huge phablet phones with giant screens and bodies, there’s a dwindling number of new phones that cater to people with smaller hands, or who just don’t want huge devices to lumber around everywhere.

So while Sony apparently isn’t the chosen one, hopefully another Android maker will fill that void instead. Google seems a likely choice, as its phones are (relatively) small, but we’ll have to wait and see. And you never know, maybe this leak was wrong. Flyers with anti-Semitic language distributed in neighborhoods across South Florida; also reported in 5 other states

A Reckoning Looms for Poland and Hungary

Covid-19: Staff shortages in one in three maternity shifts

The first store is set to open in the western city of Mumbai on Saturday.
Read more

The Conservative former health secretary tells MPs there is a risk the NHS will "gobble up" all the funds.
Read more

Timothy Chiwaula, 23, had been missing from his home in Glasgow for over a week.
Read more

South Africa’s surge in Covid-19 cases following the emergence of the omicron variant hasn’t overwhelmed hospitals so far, prompting some cautious optimism that the new strain may cause mostly mild illness.
Read more

After more than 30 hours of searching, authorities in North Carolina say they have concluded efforts to find two tubers who went missing after a Dan River dam mishap last week.
Read more

Sure, hitting send is easy. But these tips can help make sure everyone's messages are coming across loud and clear.
Read more

Fifpro and the PFA write to football's lawmakers calling for temporary concussion substitutes to be included in current trials.
Read more

The biggest winemaker in the United States wants to open an East Coast bottling and distribution center in South Carolina, investing $400 million and hiring up to 500 people
Read more

Prime Minister Boris Johnson warned the U.K. is facing a “tidal wave” of omicron infections and set an end-of-year deadline for the country’s booster vaccination program. Infections in the U.K. from the new variant doubled in the last day and now make up a th…
Read more

Tardigrade is a new form of malware with advanced characteristics that is being used for espionage.
Read more

These are at the top of the pile when it comes to Amazon's Prime Day Fire HD deals at the time of publication.
Read more

LG Energy Solution says it will invest more than $4.5 billion in its U.S. battery production business by 2025 as automakers ramp up production of electric vehicles
Read more

Will DeSantis, Rubio, Scott torch each other to vault...

The Department of Justice (DOJ) on Monday asked a court to halt Texas's new abortion ban while its challenge to the state law is appealed.In a filing to the 5th U.S. Circuit Court of Appeals late Monday, the DOJ ar...
Read more

A 90th-minute equaliser from Curtis Davies sees Derby come from two goals down to draw at Reading.
Read more

Joe Root hits a boundary to pass 50 for the fourth time in the series as England build a commanding lead over India on day two of the third Test at Headingley.
Read more

The oil spill disaster unfolding off the coast of Orange County, California, is just the latest example of the damaging effects of offshore drilling. The spill, estimated by officials to be at least 144,000 gallons, is devastating to birds, fish, marine mamma…
Read more

The White House cut the video feed of a Taiwanese minister last week during a summit after she differentiated China and Taiwan on a map, sources told Reuters
Read more

The former president also had issues with the amount of noise the traditional energy producers make.
Read more

Aikman stated that the Cowboys "don't do anything in the postseason."
Read more

Bill Murray may have revealed who he’s playing in...

Bill Murray appears to have revealed who he plays in Ant-Man and the Wasp: Quantumania – but have his quotes been taken out of context?
Read more

The hip-hop stars will be joined by Kendrick Lamar and Mary J Blige in Los Angeles in February.
Read more

LG is making twice as many OLED TVs as...

Official figures show inflation in the U.K. rising to its highest level in nearly three years because of increases in the prices of food and motor fuel
Read more

Two Colorado lawyers were ordered by a federal judge to pay nearly $187,000 after filing lawsuits last year challenging the results of the 2020 presidential election.Magistrate Judge N. Reid Neureiter said that the...
Read more

Nearly a quarter of GOP voters said they believed the country is largely controlled by Satan-worshipping elites.
Read more

The monarchy is plunged into controversy following the death of the king and the regent.
Read more

President Trump said he would not be opposed to bringing back torture as a means to combat terrorism. Former CIA covert operations officer Mike Baker joins Elaine Quijano on 'Red and Blue' to explain "enhanced interrogation" techniques.
Read more

The American Jewish Congress called on the congresswoman to apologize and retract her comments, saying "such comparisons demean the Holocaust & contaminate American political speech."
Read more

A Colorado man was found guilty Friday of second-degree murder and child abuse in the death of his 13-year-old son.
Read more

EU to slap new sanctions on Belarus, target its...

“Breaking up with the Democratic Party feels like the right thing to do because I believe I can have a greater impact this way,” he wrote in a blog post.
Read more

The first lady's press secretary on Monday called for an apology from Fox News and weekend host Rachel Campos-Duffy, who over the weekend said Jill Biden had failed the country for letting her husband run for president....
Read more

Welcome to Monday's Overnight Health Care. Public safety tip: always watch the road. The 'gram is just not worth it....
Read more

Oklahoma state agencies will be barred from requiring a mask or coronavirus vaccination as a condition of being allowed to enter a state building or office under an executive order signed by Gov. Kevin Stitt.
Read more

The last time Clayton Kershaw pitched in Houston, the Los Angeles Dodgers ace was heckled and booed by Astros fans as he trudged off the field in the fifth inning during Game 5 of the 2017 World Series.
Read more

Two pilots were forced to ditch there planes in separate incidents, both of the coast of Hawaii. CBSN's Vladimir Duthiers shows us dramatic video of the rescues.
Read more

Jason Kokrak played in 233 PGA Tour events before getting his first victory. The big hitter didn't have to wait nearly as long to win again, though this one may have been harder because he had to overcome a local favorite at Colonial.
Read more

Q&A: Leonardo DiCaprio and Adam McKay dare you to...

The fate of an independent commission to investigate the deadly January 6 attack on the US Capitol will soon rest in the hands of Senate Republicans, many of whom are already signaling they may block the bill from moving forward with arguments that a commissi…
Read more

Sean Orman is alleged to have shot the T2 Trainspotting actor outside his Edinburgh home in 2019.
Read more

Ohio Republican Senate candidate J.D. Vance appeared to defend the near-total ban on abortion in Texas during a local news interview this week, saying he did not believe that rape or incest should necessarily be exception...
Read more

Why it’s the end of the road for petrol...

Many petrol stations will close over the next 20 years, accelerating the shift to electric cars.
Read more

Microsoft Corp (MSFT.O) has won U.S. antitrust approval for its deal to buy artificial intelligence and speech technology company Nuance Communications Inc (NUAN.O), according to a filing made by Nuance to the government.
Read more

Wales finish their season with a defeat against Argentina and now look ahead to New Zealand as opening opponents of the next campaign.
Read more

Emirates is considering two high-ranking internal executives as among candidates to replace President Tim Clark after his near two-decade run at the helm of the world’s largest long-haul airline.
Read more

A surprising partnership between Tag Heuer and Nintendo means a new Mario-themed luxury watch will be unveiled on July 13.
Read more

Marines say they’re being ‘crushed’ over vaccine refusal: ‘A...

U.S. Marines say they are being "crushed" by President Biden’s COVID-19 vaccine mandate as thousands face dismissal after their applications for religious exemptions were denied.
Read more

"Empire" star Bryshere Y. Gray has pleaded guilty to assaulting his wife and will reportedly serve 10 days in a county jail.
Read more

The oil market has started 2022 as it ended 2021: with a rally. With supplies curbed and demand fears fading, there are bullish signals for prices this year.
Read more

The head of the WTA says he has a "hard time believing" email attributed to Peng Shuai is from her.
Read more

Seattle reliever Hector Santiago was ejected after he was checked by the umpires as part of baseball's new sticky substance protocols, and the Mariners beat the Chicago White Sox 3-2 on Sunday in the resumption of a suspended game.
Read more

A surge in Millennial candidates could make the Senate a whole lot younger after the 2022 midterm elections.
Read more

Sen. Marco Rubio, R-Fla., is criticizing President Biden’s administration for its initial diagnosis on the causes of mass protests that broke out in Cuba on Sunday.
Read more

iPhone periscope cameras could be years away