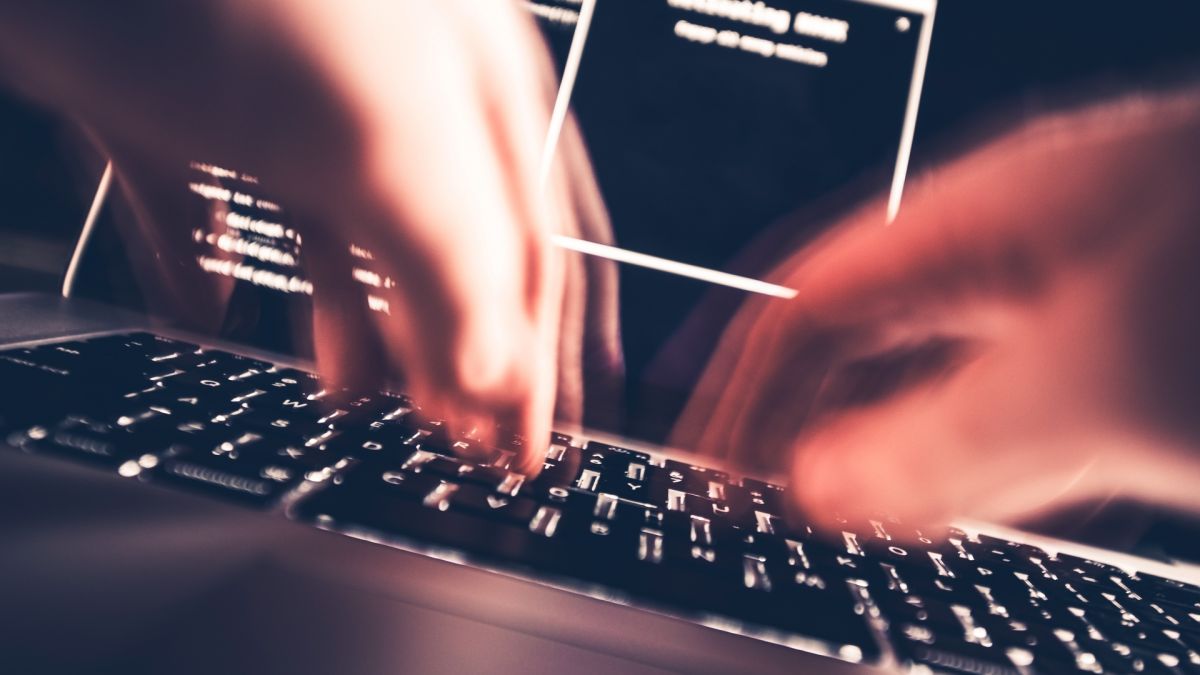 Researchers from the Counter Threat Unit (CTU) at Secureworks have discovered a possible link to China while examining how SolarWinds servers were used to deploy malware.

During the end of last year, a compromised internet-facing SolarWinds server was used as a springboard by hackers to deploy the .NET web shell Supernova. Based on similar intrusions which occurred on the same network, it appears that the Chinese-based Spiral threat group is responsible for both cases.

According to Secureworks’ new report, the authentication bypass vulnerability in SolarWinds Orion API, tracked as CVE-2020-10148, that can lead to remote execution of API commands, has been actively exploited by Spiral. When vulnerable servers are detected and exploited, a script capable of writing the Supernova web shell to disk is deployed using a PowerShell command.

Supernova, which is written in .NET, is an advanced web shell that can maintain persistence on a compromised machine as well as compile “method, arguments and code data” in-memory according to a post from Palo Alto Network’s Unit 42.

During an incident observed by Secureworks that occurred last August, Supernova was used by Spiral to perform reconnaissance, domain mapping and to steal both credentials and information from a ManageEngine ServiceDesk server. This incident shares similarities to the one that occurred in November and was analyzed by the firm’s Counter Threat Unit.

While these two cases are believed to be the work of the Spiral threat group, there is no link to the SolarWinds hack that occurred in December of last year.

To prevent falling victim to future attacks by Spiral, Secureworks recommends that organizations use available controls to restrict access to several IP addresses (which can be found here) that point to the threat group’s C&C servers. Jess Griesel faces a backlash for joining a party that backs the interests of poor black South Africans.
Read more

Could Trump get out-Trumped by political rivals like Ron...

Trump could be out-Trumped by those in his party taking an even harder line against vaccines. But there’s a bigger chance that his strategy will succeed.
Read more

Crew member who gave Baldwin gun subject of prior...

Illinois Gov. J.B. Pritzker (D) on Wednesday is expected to issue a statewide mask mandate for all pre-K through high school students as well as a vaccine mandate for employees in high-risk settings.Sources close t...
Read more

Authorities in Portland, Ore., responded to 13 shootings in a 28-hour span over the weekend, which left one person dead and three others injured across the city amid a sharp uptick in violent crime.
Read more

The first challenge for the new chief executive officer of Binance.US: combat the perception that his company is simply a stand-in for a sister crypto firm that’s under investigation by U.S. authorities.
Read more

WhatsApp is getting yet another new feature to help...

For those times when words are not needed
Read more

Letter from Africa: The wonders of Somali cuisine and...

Ethiopian and Eritrean food is well known globally, but this is your chance to discover Somali cooking.
Read more

The teenager was confirmed dead at the scene and officers are trying to find and tell his family.
Read more

J.D. Vance, a Republican candidate for a US Senate seat in Ohio, is a law school graduate. But Vance made a significant false claim on Thursday about legal proceedings against people who allegedly participated in the Capitol insurrection last year.
Read more

“Amazon Warehouse” launches in the UAE, with discounts of...

Authorities in Dubai say a fiery explosion erupted on a container ship anchored at one of the world’s largest ports, sending tremors across the commercial hub of the United Arab Emirates
Read more

Growing calls for Jeff Sessions to recuse himself or...

Some members of Congress want Attorney General Jeff Sessions to recuse himself from investigating possible Trump campaign ties to Russia, and several are calling for his resignation after a report that he made misleading statements. CBS News' Nancy Cordes joi…
Read more

EU advises against AstraZeneca shot in people with rare...

Europe's drug regulator on Friday advised against using AstraZeneca's (AZN.L) COVID-19 vaccine in people with a history of a rare bleeding condition and said it was looking into heart inflammation cases after inoculation with all coronavirus shots.
Read more

Sean Hannity warned President Biden's continued pleas to pass his party's socialist socioeconomic takeover is further proof he cares not for the American people but only himself.
Read more

ProtonMail gets design overhaul as it pushes user privacy

Critics says it would be "un-African" for a woman to have more than one husband at the same time.
Read more

Republican rivals aimed some of their most pointed shots yet at Elder since the Sept. 14 recall election was certified last month.
Read more

No let up in Gaza conflict

After a night of heavy bombardment in Gaza and in Israel, and with Israeli ground forces massing on the border, we report from Gaza City and Israel. We also ask what - if anything - the US can do to help end the conflict. Also in the programme: a shortage of…
Read more

Correspondent Scott Pelley reported on the immediate impact of the 2011 nuclear crisis in Fukushima.
Read more

A Capitol rioter's hearing was delayed hours before he was scheduled to be sentenced after videos surfaced of him allegedly attacking a police officer.
Read more

An Arkansas judge on Friday blocked the state from enforcing a ban on school mask mandates.Judge Tim Fox issued a preliminary injunction against the la...
Read more

Bloomberg's Nikki Ekstein takes a peek at Expo 2020 Dubai, one of the largest in-person events since the pandemic began, with curious onlookers pouring into hundreds of pavilions representing the themes of sustainability, mobility, and opportunity.
Read more

The vote comes after a tentatice agreement between the union and Chicago Public Schools was reached on Monday.
Read more

U.S. stock index futures firmed on Friday at the end of a volatile week marred by worries about rising inflation and a subsequent tightening of monetary policy, while investors awaited retail sales data.
Read more

Star Wars: Visions looks utterly brilliant, but can we expect more projects like it from Disney in the future?
Read more

Afghanistan attack on anti-land mine charity kills at least...

Gunmen killed 10 people and wounded 14 others in an attack on the HALO Trust de-mining organization in Afghanistan.
Read more

The Arizona Supreme Court has agreed to hear a case regarding the state's ban on school mask mandates.
Read more

Recent court judgements have freed Hong Kong authorities to use national security powers to deploy tough colonial-era laws in a crackdown against opposition groups, alarming activists and lawyers in the city.
Read more

And Biden, Pelosi and Schumer try to avoid a government shutdown.
Read more

Published by Reuters By Jeff Mason WASHINGTON (Reuters) – President Joe Biden will urge Americans to reject lies and live by the “light of truth” in remarks on Thursday to commemorate the first anniversary of the Jan. 6 insurrection at the U.S. Capitol by sup…
Read more

Biden’s Infrastructure Package Is Everything We Need to do,...

The defence secretary says poverty and terrorism are likely to increase as the UK and US withdraw.
Read more

The EU's top court has ordered Poland to halt mining at Turow, which affects water levels across the border.
Read more

The couple who travel the world recreating movie scenes

Robin Lachhein and Judith Schneider have visited everywhere from Rome and Iceland to New York recreating scenes from films like "Thelma and Louise," "The Hunger Games," as well as TV series such as "Game of Thrones."
Read more

Opinion | What the World Got Wrong About Donald...

The number of people looking for work from December to February remained at 4.4%.
Read more

The Casualties of Peace

Innocent people are dying because the United States has armchair bureaucrats waging endless wars abroad. The post The Casualties of Peace appeared first on The American Conservative.
Read more

Carson Wentz threw a pair of touchdown passes, Jonathan Taylor ran for 108 yards and the banged-up Indianapolis Colts continued their late-season surge with a gritty 22-16 win over the Arizona Cardinals on Saturday night.
Read more

As they do with any Disney attraction, Imagineers added many layers of storytelling to the newly enhanced Jungle Cruise.
Read more

Covid: France to reopen bars and restaurants as lockdown...

New York Governor Andrew Cuomo said the U.S. Department of Justice’s decision to drop an investigation into whether he mishandled Covid-19 outbreaks in nursing homes vindicated his administration and that he is “eager” for the results of other probes into his…
Read more

An American Airline flight in Honduras was delayed on Tuesday after a passenger entered the plane and caused extensive damage, reportedly wrecking the flight controls.According to American Airlines, the incident oc...
Read more

The National Women's Soccer League (NWSL) called off its games slated for the weekend amid the firings of league coaches and allegations of verbal, emotional and sexual abuse.In a statement released Friday morning,...
Read more

A family may not have been told the death of their child was linked to contaminated water at a Glasgow hospital.
Read more

Seth Meyers recalled a brief and awkward encounter with Beyoncé while at a party celebrating the 40th season of "Saturday Night Live."
Read more

Sunday's papers report a "heartfelt message" from the Queen ahead of England's Euro final against Italy.
Read more

Few things Meghan McCain has done on “The View” can be classified as low-key, until her exit on Friday
Read more

Four years after Beijing launched a brutal crackdown that swept up to a million or more Uyghurs and other mostly Muslim minorities into detention camps and prisons, its control of China’s far west Xinjiang region has entered a new era
Read more

Honduras opens embassy in Jerusalem, 4th country to do...

Honduras has opened its embassy in Israel in contested Jerusalem, becoming the fourth country to follow the U.S. lead in moving its chief diplomatic mission from Tel Aviv
Read more

Retiring UAW leader reflects on tough times past and...

A socialist candidate in Buffalo, N.Y., is on the verge of defeating the city’s four-term incumbent mayor in a major upset in Tuesday's Democratic primary.
Read more

AstraZeneca Plc agreed to supply the U.S. with as many as half a million more doses of its Covid-19 antibody cocktail for $205 million.
Read more

The 19-year-old victim fled the Yeaman Shore area after being attacked inside a vehicle in the early hours of Friday.
Read more

The agency's director amended recommendations made hours earlier by a CDC panel. She put her agency more in synch with the Food and Drug Administration's authorization earlier this week.
Read more

A Mexican restaurant in Texas is requiring people to keep wearing masks....