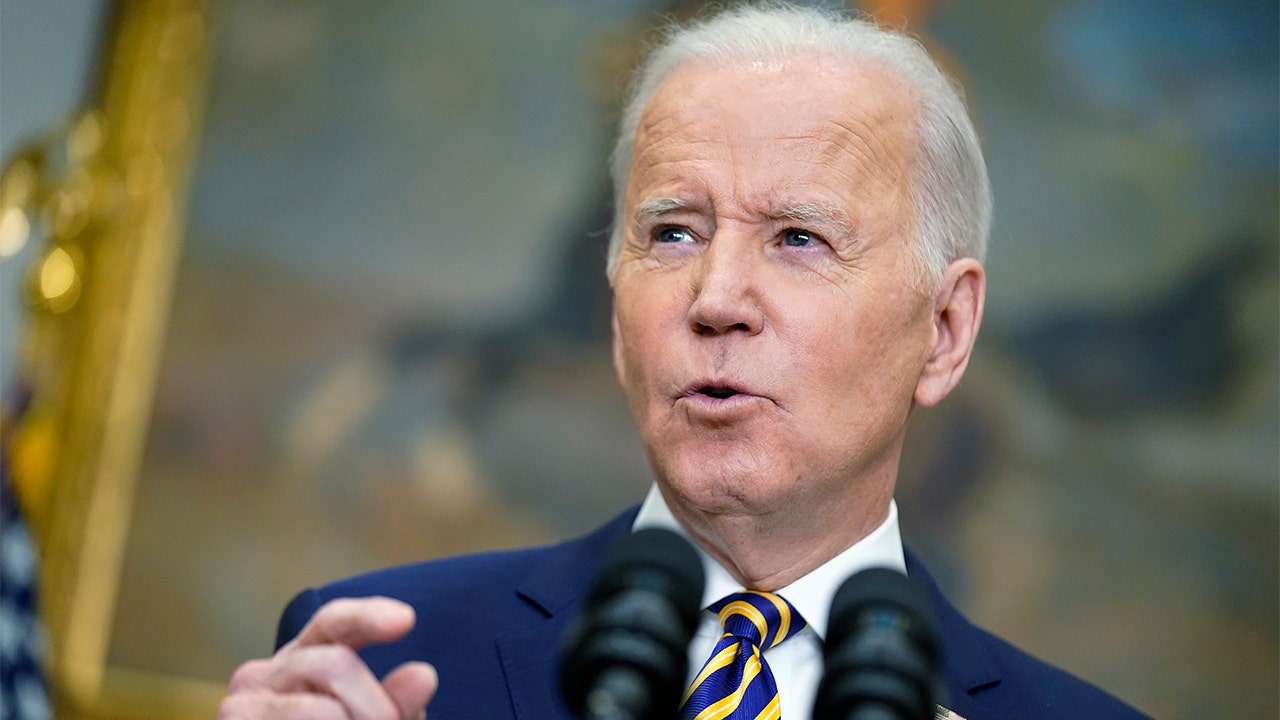 As the Biden administration considers how to deter further Russian aggression in Ukraine, a Russian expert is warning officials not to enact a no-fly zone.

Enacting a no-fly zone and subsequently enforcing one would push the global community closer to a potential world war, former U.S. Defense Intelligence Agency agent Rebekah Koffler warned in a series of tweets, where she also rebuked Russian “experts” who wrote a letter to the Biden administration calling for one.

“Same experts who got UKR-RUS into this conflict in the first place, by promoting foolish ideas, not grounded in reality,” she tweeted, sharing a report from the Hill, “Now dragging us into WWIII.”

“Every top Russia expert at the Pentagon, the DASD for Russia and Eurasia, for the past several years had NO Russia background or expertise,” the author of “Putin’s Playbook” added. “Take that in.”

Same “experts” who got UKR-RUS into this conflict in the first place, by promoting foolish ideas, not grounded in reality.

Same with National Security Council, at the White House – with the exception of Fiona Hill, who was Trump’s advisor on R, NCS Directors for Russia had no serious Russia expertise.

Are you surprised that Biden Admin has been outmaneuvered by Putin and has no strategy whatsoever?

In another pair of tweets, Koffler challenged these “experts” on what enacting a no-fly zone could mean for the U.S.

“The problem is this: people who have no business weighing in on national security issues are pushing their dumb narratives into the information domain,” she tweeted. “Do these foreign policy experts even understand what it means to impose a no-fly zone?”

WHAT WOULD HAPPEN IF THE US IMPOSED A NO-FLY ZONE IN UKRAINE?

Russian President Vladimir Putin could consider a no-fly zone declaration to be “escalatory, not de-escalatory,” Koffler added. She suggested it could steer Putin towards nuclear engagement.

If the “experts” believe a no-fly zone will make Putin stand down, they are dumb.

If they are running a PSYOP on Putin, it will have the opposite effect. Putin doesn’t think like an American. He thinks like a Russian.

P will interpret the move as escalatory, not de-escalatory.

NFZ would almost inevitably intensify a dangerous escalatory spiral with Russia. It is not in the American interest.

Imposing ANY form of NFZ in Ukraine would make the US a combatant in a war with Russia, a country that has the largest nuclear arsenal in the world.

Kofflers comments came shortly after over two dozen current and former military and intelligence officials signed an open letter calling for the Biden administration to enact a no-fly zone over Ukraine.

“We, the undersigned, urge the Biden administration, together with NATO allies, to impose a limited No-Fly Zone over Ukraine starting with protection for humanitarian corridors that were agreed upon in talks between Russian and Ukrainian officials on Thursday,” stated the letter, which Farkas and others signed. “NATO leaders should convey to Russian officials that they do not seek direct confrontation with Russian forces, but they must also make clear that they will not countenance Russian attacks on civilian areas.”

“The international community has responded swiftly through an unprecedented array of sanctions and a significant increase in lethal military assistance to help Ukraine defend itself. But more must be done to prevent more widescale casualties and a potential bloodbath,” the letter continued.

Ukrainian officials are also calling for the international community to enact a no-fly zone over their country in the hopes that it would prevent Russian planes from providing material support for their forces and discontinue the bombings of civilian areas.

Anshu Jain Has Died After Battle With Cancer, Family...

Box of loaded guns found in Florida school near...

9 of the world’s best wellness retreats

Sonicware’s latest groovebox is made for lofi beats

This Windows Server update is causing a bunch of...

The benefits of boredom

Russia pounds away at Ukraine as two sides plan...

Nvidia could spring a surprise GPU launch next week

Nike Jumps After All Regions Drive Sales That Beat...

Netflix’s Wednesday Addams TV show gets a creepy and...

New Orleans: One killed as tornado tears through suburbs

Poland to seek equivalent of $1.3 trillion from Germany...

Setting boundaries at your new job will help you...

Attabotics raises another $71M to grow its vertical robotic...

Criticism of police response in Uvalde shooting piles up

The EU extends its ‘Roam-like-at-home’ mobile service rule through...

The Obamas return to the White House for the...

Horse Guards Parade: Man with knife wanted to be...

Britain to learn who will succeed Johnson as prime...

BQ.1.1 is among the most immune-evasive COVID variants yet....