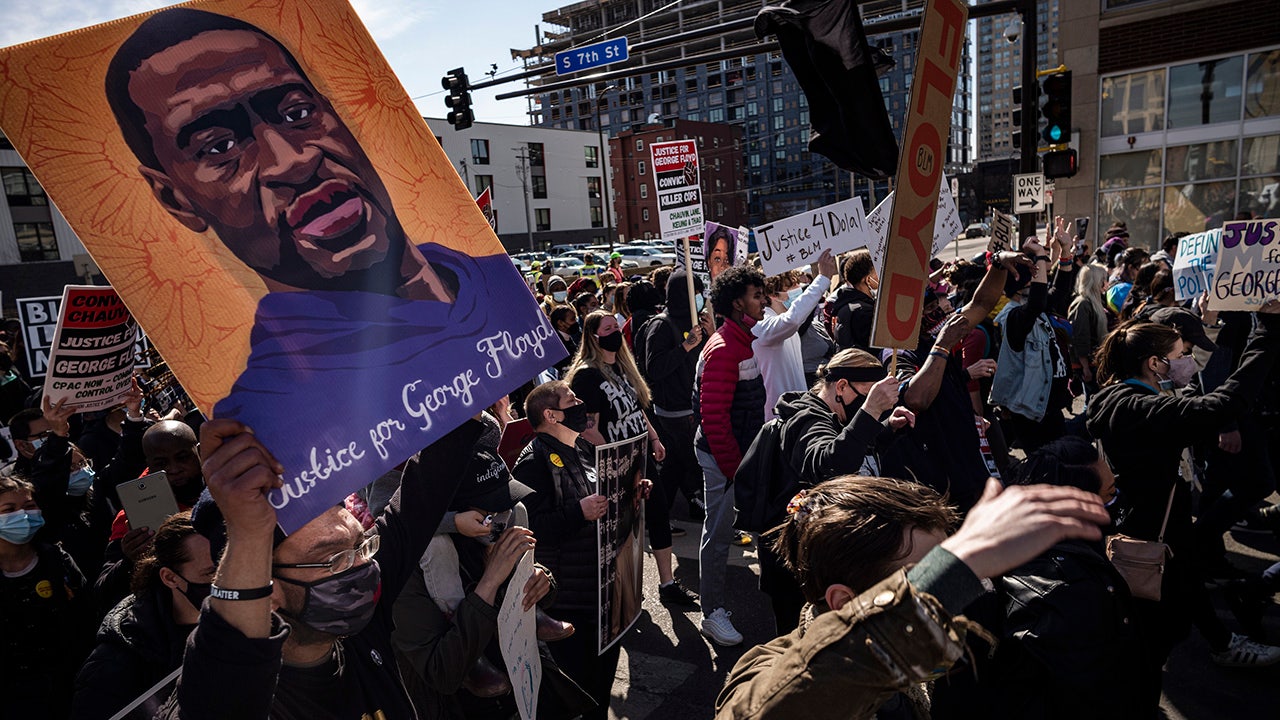 Jury selection in the trial of ex-Minneapolis cop Derek Chauvin charged in connection to the death of George Floyd began Tuesday, a day later than scheduled — even though a looming appellate ruling threatened to push the case back weeks or even months as the state tries to reinstate a third-degree murder count.

State prosecutors filed a motion Monday with the state Court of Appeals asking to stop the case until the Minnesota Supreme Court makes a decision on whether or not to reinstate a charge of third-degree murder.

Chauvins attorney, Eric Nelson, technically has at least 30 days to file a petition to review the issue, but he told Cahill he does not intend to delay the matter. It could take another 30 days for the Supreme Court to review the matter and respond, the Minneapolis Star Tribune reported. Even If Epic Loses Against Apple, Developers Could Still...

Apple may make concessions even if a judge doesn’t order it to.
Read more

London police under pressure over clashes at women’s protest

Why American cities will never be the same again...

Some Americans fled from cities during the pandemic, some went the opposite way. Will cities start competing for footloose workers instead of factories and sports teams?
Read more

Rep. Marie Newman (D-Ill.) announced on Friday that she would be squaring off against Rep. Sean Casten (D-Ill.) in a bid to take Illinois' newly drawn sixth district seat."I am proud to announce ...
Read more

A New York pharmaceuticals project manager was accused by federal securities regulators of tipping off a Neuralstem Inc. shareholder to the negative results of a clinical trial for an antidepressant the company was developing, allowing him and his uncle to du…
Read more

After doctors saved her life, this 12-year-old girl is...

Lalia Susini's terrifying accident on a porch swing has pushed her into the ultimate quest, a mission of goodwill for other injured and sick children.
Read more

Archegos Got Too Big for Its Banks

Moving forward with the Olympics means not conceding defeat to Covid-19. But the cost could be high.
Read more

Coronavirus infections and hospitalizations have plummeted in the U.S., but the decline in deaths from a January peak of about 4,500 hasn’t been quite as steep
Read more

A new study from the United Kingdom found that nearly 100 percent of people develop COVID-19 antibodies after receiving their second shot of the vaccine."We found that 96.42% of Viru...
Read more

New Celtic loan signing Filipe Jota will not think of a permanent move until the end of the season as Hearts say they beat Hibs to Barrie McKay's signature.
Read more

Virginia emerging as ground zero in battle for House...

Virginia is emerging as ground zero in next year's battle for the House majority, with three Democrats - more than a quarter of its delegation - facing sharp headwinds in their reelection bids....
Read more

The office as you know it is ancient history...

While Western governments raced to get their people out, Russia appears unfazed by the takeover.
Read more

The man's red Seat Ibiza and a black Seat Ibiza collided on the A7, north of Galashiels.
Read more

And what the universal paid leave debate looks like in Congress.
Read more

The man carjacked by Boston Marathon bombing suspects Tamerlan and Dzhokhar Tsarnaev was afraid for his life when the brothers forced their way into his car at gunpoint. The carjacking was a turning point in the three-day manhunt for the suspects. The victim …
Read more

Mayor Rawlings on police force: “We have got to...

Dallas Mayor Mike Rawlings reports police recruiting is down across the nation. He pleads with Americans to give police officers support during this time of crisis. Rawlings asked: "Can we disagree without demonizing?"
Read more

Huawei has unveiled the P50 and P50 Pro, two premium smartphones that will ship without 5G connectivity.
Read more

England's remaining three Twenty20 internationals against India in Ahmedabad will be played behind closed doors because of rising coronavirus cases in the state of Gujarat.
Read more

The Los Angeles Rams suffer another defeat under coach Sean McVay as they are beaten 31-10 by the San Francisco 49ers as Odell Beckham Jr debuts.
Read more

China Evergrande Group (3333.HK) on Tuesday missed its third round of bond payments in three weeks, intensifying market fears over contagion involving other property developers as a wall …
Read more

Simon & Schuster announced late Thursday that it will not distribute the book bein...
Read more

One witness caught the shooting on camera during a Facebook Live.
Read more

As the Voting Rights Act turns 56, activists warn that the sanctity of the ballot box is corroding under relentless Republican efforts on the state level. In an op-ed in The Washington Post, U.S. Attorney General Merrick Garland urged Congress to act to pass …
Read more

Officer convicted of murder still gets paid in Alabama

Phil Toews on the Markets (Radio)

A Few Predictions — and Questions — For Hollywood...

Oklahoma is asking the U.S. Supreme Court to overturn a lower court’s ruling and allow the state to carry out its first execution in more than six years
Read more

German police have arrested four men who they say are connected to one of the largest underground child pornography websites in the world, multiple news outlets have reported.Prosecutors said they arrested three suspects who...
Read more

Two workers were described as being trapped or stuck inside an Oklahoma dam after an explosion occurred as they were there doing core sample drilling.
Read more

The iPad Air 4 has just hit its lowest price ever with an excellent $100 discount on both storage options Amazon's iPad deals.
Read more

Three players are sent off, two after the full-time whistle, as Cardiff hold West Brom to a 1-1 draw.
Read more

The Marshall Project, the Pulitzer Prize-winning nonprofit criminal justice-focused news organization, announced on Thursday that its founder Neil Barsky will be stepping down as board chairman."I founded The Marsh...
Read more

Most students back an assessment for students to show they "fully understand" consent, says survey.
Read more

The latest on the deadly attack on U.S. service members in Niger, the GOP budget, and the fate of tax reform in Congress with Sen. James Lankford, White House budget director Mick Mulvaney, Gold Star father Khizr Khan, and others.
Read more

An enduring legacy of the global war on terror is an approach to intelligence that doesn't serve U.S. national security interests as it once did.
Read more

Fauci says this is a pause and not a...

Dr. Anthony Fauci, the nation's top infectious disease expert, says the recommended pause on the Johnson & Johnson Covid-19 vaccine is just that: a pause -- and not a cancellation -- and will likely last days to weeks.
Read more

One couple brought their wedding back to the nineties by getting a photographer to snap photographs of them using a Game Boy Camera.
Read more

Venezuela: ‘Deep concern’ over use of Cuba’s Covid vaccine

Church That Defied Gavin Newsom’s COVID Rules to Get...

Grace Community Church pastor Rev. John MacArthur reportedly wrote that "there is no circumstance that can cause the church to close" in relation to the $800,000 settlement.
Read more

Man in confrontation with Allen West says he wants...

A man whom Texas GOP gubernatorial candidate Allen West admitted to pulling down his mask at an...
Read more

Nine candidates, five of them Black or Latino, are running in the June Democratic primary for governor.
Read more

People for the Ethical Treatment of Animals (PETA) is demanding that a Utah zoo shut down its animal exhibits after a viral video showed one of the facility's alligators bite and yank a handler into an enclosure during a...
Read more

Germany's Green party on Sunday followed its prospective partner, the centre-left Social Democrats (SPD), in clearing the way for official three-way negotiations with the business-friendly Free Democrats (FDP) to form the next government.
Read more

A Chinese health official says around 200 million people, or 14.29% of the population, have been vaccinated for COVID-19 so far, with an emphasis on front-line workers, university students and people living in border areas
Read more

Abode's security solutions provide everything you need to protect your home without the hefty price tag.
Read more

Movers are seen at mansion as Cuomo prepares to...

A moving van was at the governor’s mansion in Albany on Friday and workers were seen carrying out boxes and artwork as Gov. Andrew Cuomo prepared for his last day in office
Read more

The investigation continues into why a Royal Caribbean passenger fell overboard and died last week. Lawyers for the family say cruise employees instigated the incident; the company argues that workers risked their lives to save him. "48 Hours" Crimesider's Gr…
Read more

The dollar held near a two-month high against the yen on Monday after a key measure of U.S. inflation showed stronger price gains than expected, keeping alive expectations of an eventual tapering in the Federal Reserve's asset buying.
Read more

The shoes have shattered the record for a pair of sneakers at auction.
Read more

Vice President Harris's uncle, 80-year-old G. Balachandran, on Thursday shed light on the current situation in India as the coronavirus surges throughout the embattled country."The conditions are pretty bad in Indi...
Read more

The standing portion of the partly collapsed complex will be destroyed as a tropical storm approaches.
Read more

The Labour leader is warned to move to the left while visiting a HGV driver training centre and taking a lesson.
Read more

How do astronauts do laundry in space? They don't. They wear their underwear, gym clothes and everything else until they can't take the filth and stink anymore, then junk them. NASA wants to change that. CBS Los Angeles has the details.
Read more

Dr Stephan Spiekman explains what we know about the new species, which lived over 200 million years ago.
Read more

Most major Gulf stock markets rose in early trade on Sunday, with the Abu Dhabi index registering the biggest gains while Dubai bucked the trend to trade lower.
Read more

President Biden and South Korean President Moon Jae-in will discuss a diplomatic approach to achieving the denuclearization of North Korea during their face-to-face meeting at the White House, according to a senior admini...
Read more

Bitcoin rose Monday after Ricardo Salinas Pliego, the owner of Mexico's Banco Azteca, said he was pushing his country to accept the cryptocurrency and encouraged his Twitter followers to buy it.
Read more

The U.S. Commerce Department on Wednesday asked a group of anonymous domestic solar manufacturers for additional information before it would consider a request to impose duties on panels produced in three Southeast Asian countries.
Read more

Large retailers will be required to have ‘gender neutral’...

California Gov. Gavin Newsom (D) signed a bill on Saturday that will require large retailers in the state to have "gender neutral" toy sections....
Read more

Samsung Galaxy S21 deals currently come with a free speaker and £150 in cashback for a great overall offer.
Read more

Kia tells 380,000 vehicle owners to park outside due to fire risk