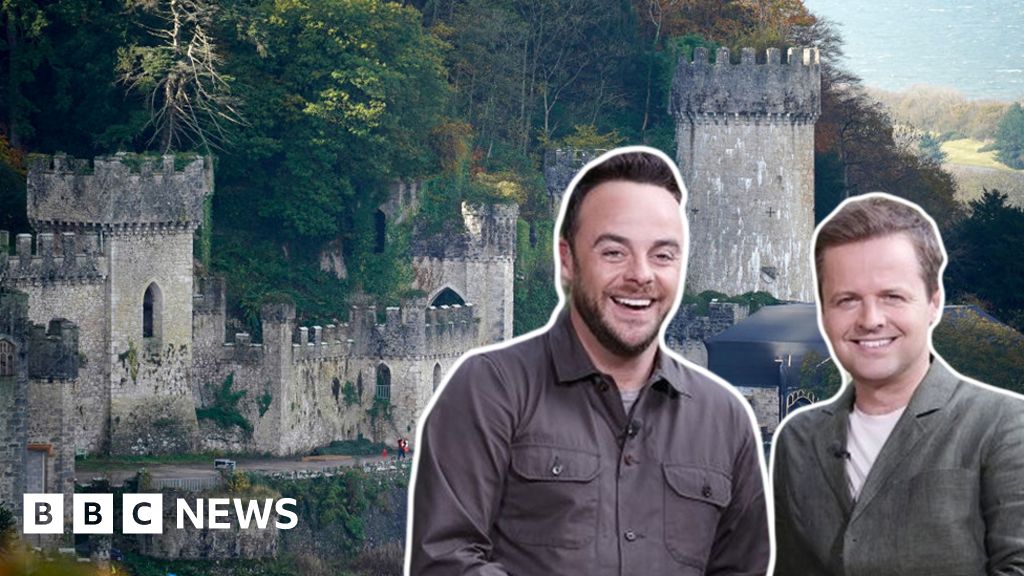 I’m a Celebrity Get Me Out of Here will not be held in Wales again this year if travel to Australia is possible by the time it airs, the head of ITV has said.

Despite the success in Wales, chief executive Dame Carolyn McCall said the show “was meant to be in Australia”.

Co-host Ant McPartlin has said he would be happy to return to Wales.

Speaking as ITV published its group annual results, Dame Carolyn said the revised format in the 200-year-old castle had been a “tremendous success”.

Dame Carolyn said: “If we can go back to Australia – and this show is meant to be in Australia – then that’s what we’ll do.

“We have a very good plan if not, as we have already done it once [in the castle].”

Ant McPartlin, who presents along with Declan Donnelly, recently told Digital Spy he would be happy to return to Wales.

“There were cardboard cut-outs of me and Dec in the butcher’s, and the local school did a tribute,” he said.

“We’d happily go back there. We’d miss the sunshine, mind.”

The relocation of the series to the north Wales town was estimated by the castle’s owners to have brought in more than £1m to the local economy.

The money was described as a “lifeline” during the coronavirus pandemic by one local company. Better CEO Who Faced Backlash Over Mass Firings Is Returning

Biden Finds Himself Boxed In on China (Podcast)

Zion Williamson had 39 points on 16-of-19 shooting to go with 10 rebounds and two blocks for the Pelicans.
Read more

A Brackettville, Texas resident said on Wednesday that the southern border is not closed, despite claims from the Biden administration.
Read more

The man's citizenship was removed in the aftermath of the Manchester Arena attack which killed 22 people.
Read more

Pandemic pushes teachers unions to center stage ahead of...

Republicans are working to tie Democrats to teachers unions ahead of the midterms as frustrations over the unions' opposition to in-person learning amid the omicron surge grow. The party is targeting vulnerable Democratic lawmakers, pushing...
Read more

Why China’s bitcoin miners are moving to Texas

Thousands of heavy metal fans are camping, singing — and even moshing — at Britain’s first full music festival since the start of the coronavirus pandemic
Read more

A major Hollywood strike could be on the horizon for some 60,000 behind-the-scenes workers in the entertainment industry
Read more

College football season begins this weekend as COVID-19 case numbers are surging in parts of the U.S. Colleges across the country hope this year will be different after the pandemic led to a series of cancellations and postponements last year. CBS Sports nati…
Read more

The crew of a Navy helicopter suffered minor injuries after experiencing a hard landing in Virginia.
Read more

San Diego Padres stars Fernando Tatis Jr. and Manny Machado were among players seen helping family members and fans into shelter at Nationals Park as a shooting unfolded outside the ballpark.
Read more

British Prime Minister Boris Johnson said on Saturday he would keep immigration rules under review, and did not rule out issuing more temporary visas in an effort to help ease a tanker driver shortage which has led to fuel shortages.
Read more

Florida Residents Fear Roosters Are Being Stolen for Illegal...

More than 40 states have passed felony cockfighting laws and the sport has been illegal in all 50 states since 2020.
Read more

The Senate on Wednesday voted to nix President Biden's vaccine mandate for larger businesses, handing Republicans a symbolic win.Senators voted 52-48 on the resolution, which needed a simple majority to be approved...
Read more

Daniel Ellsberg said he is releasing top-secret crisis study as tensions mount between the United States and China over Taiwan.
Read more

Sadio Mane: Liverpool and Senegal forward has x-rays after...

Liverpool and Senegal forward Sadio Mane is awaiting the results of x-rays after an injury scare on international duty.
Read more

Tucker Carlson on Ocasio-Cortez’s riot fears: ‘Get a therapist’

Fox News host Tucker Carlson went after Rep. Alexandria Ocasio-Cortez (D-N.Y.) over her fears about being raped during the Jan. 6 riot at the Capitol, saying "get a therapist." ...
Read more

Cummings: Hunt asks if he stands by Durham eyesight...

Dominic Cummings says if he is going to make up a story it would have been a "hell of a lot better" than his Barnard Castle trip explanation.
Read more

The Social Costs of Scarcity

What happens to a nation's culture when its citizens can no longer count on basic necessities? The post The Social Costs of Scarcity appeared first on The American Conservative.
Read more

In the weeks before the Taliban overthrew Afghanistan's Western-backed government, the country's central bank drained most of its U.S. currency reserves, according to documents obtained by ...
Read more

Dozens of Sacramento students remain in Afghanistan after US...

Dozens of San Juan Unified School District students still remain in Afghanistan this week after the United States officially withdrew from the country on Monday, ending a decades-long war.Officials with the school...
Read more

Israel Will Administer Fourth Covid Shot to People Over...

Israel will administer a fourth dose of coronavirus vaccine to people over the age of 60 and medical personnel, becoming the first nation in the world to do so on such a widespread basis as the omicron variant spreads across the world.
Read more

The oldest Android devices won’t be able to use...

A judge this week denied Spears' effort to end her father’s role in her conservatorship.
Read more

Los Angeles city leaders approved an ordinance Tuesday that would bar protests within 300 feet of the residence belonging to the person being targeted, a move that came following months of demonstrations outside the homes of public and elected officials.
Read more

Watch all of seven of Glenn Phillips' sixes as the New Zealand batsman blasts 80 off 43 balls to help Welsh Fire end their men's Hundred campaign on a high by beating London Spirit in Cardiff.
Read more

Greenpeace activists have landed on the roof of a European Central Bank building to protest the financial institution’s loans policy, which they say favors heavily polluting industries
Read more

Testimony continues in day two of the Boston Marathon bombing trial. Jurors viewed a series of videos Wednesday including the moment the bombs exploded near the race's finish line. The day also featured emotional testimonies from many injured in the attacks. …
Read more

As cyber threats from countries like Russia multiply, officials met with corporate executives to pitch their vision for “operational collaboration.”
Read more

State governments should never be allowed to eliminate constitutional rights by structuring laws so that they must go into effect before courts can review them.
Read more

EXPLAINER: Libya future at stake after failing to hold...

FOX News Rundown EXTRA: Some Reasons To Keep Our...

Things have started to move pretty quickly with COVID’s new variant. Barely a week after the world first heard about Omicron, it’s been found in dozens of countries including the U.S.. While the cases have largely been mild, news of its spread has created wor…
Read more

EE starts rolling out ‘Enhanced 5G’ to give your...

Chipotle Mexican Grill on Monday announced a new vegan, plant-based chorizo option that will be added to its menu for a limited time.
Read more

A sculpture for Cherry Groce, who was paralysed after being shot during a police raid, is unveiled.
Read more

Daniel Morgan: Report into murder to be released after...

Daniel Morgan was attacked with an axe in the car park of the Golden Lion pub in March 1987.
Read more

Grab a KitchenAid Stand Mixer for its lowest price...

Take a look at what’s happening tomorrow morning on...

Vladimir Duthiers talks to CBS This Morning senior producer Diana Miller about highlights of what will be on the show for Friday, January 30, 2015.
Read more

Kion Etete scores twice on his first senior start as Northampton Town come from behind to knock Coventry City out of the Carabao Cup.
Read more

Wouldn’t it be funny if all the electric-vehicle startups went public by merging with special purpose acquisition companies, and they all marketed themselves to investors using ridiculously optimistic financial projections predicting that they’d all make $10 …
Read more

Trump is expected to focus on the Capitol riot, 2020 presidential election and "weak Republicans" during his first rally of 2022.
Read more

Pope Francis, closing a peace meeting of world religions, called the arms trade a bane of humanity on Thursday, saying that money spent on weapons should be diverted to feed the hungry and distribute vaccines fairly.
Read more

Book goes behind the scenes with Democrats in the...

A new book reveals inside stories from the 2020 presidential campaign, including a push by some mainstream Democrats to ensure a progressive candidate didn't get the nomination, and how Joe Biden navigated the political fallout after George Floyd's murder. Th…
Read more

Southern Africa hoped it was through the worst of...

Patients are crammed into every corner of the hospital's emergency room ward. They lie on beds and gurneys, or sit slumped in wheelchairs. Many suck on oxygen, but nobody talks. Some die while waiting for a bed.
Read more

Former President Trump released a statement on Monday discussing his four-hour long deposition in the civil lawsuit involving alleged violence that broke out between protesters and his security guards in 2015, saying he w...
Read more

Small couches that can fit into the tiniest spaces

From sleeper sofas to sectionals, check out these 5 small couches from Anthropologie​, Wayfair​ and more
Read more

Chelsea are close to sealing a deal to re-sign striker Romelu Lukaku for about £97m from Inter Milan.
Read more

Mark Chilman set his victim's car on fire in a bid to make it look like suicide, the court hears.
Read more

The House passed the bill in October, and the Senate passed it Wednesday.
Read more

Student admitted killing in game of Truth or Dare,...

Californians are under evacuation warnings from yet another extreme weather event — this time a storm system known as a “bomb cyclone.” The storms are expected to bring massive rainfall and strong winds, which can lead to flash flooding and mudslides. Lilia L…
Read more

China flies dozens of fighter jets near Taiwan in...

The stars of the rebooted version of “Sex and the City” on Monday night expressed support for the women accusing costar Chris Noth of sexual assault.
Read more

A new project is aiming to aid the recovery of the curlew, with its numbers in steep decline.
Read more

The hottest it's ever been in Phoenix is 122 degrees. This week, that record is in jeopardy. It will be even hotter on Thursday, and Phoenix has only hit 120 three times in recorded history. The heat wave is also threatening to set records across the region, …
Read more

Sen. Sheldon Whitehouse last week refused to apologize for his family's membership in an all-White beach club in his home state of Rhode Island, calling beach clubs “a long tradition" and saying he hopes the club will admit minority members soon.
Read more

Bitcoin Has Zero Intrinsic Value. Some People Are OK With That.