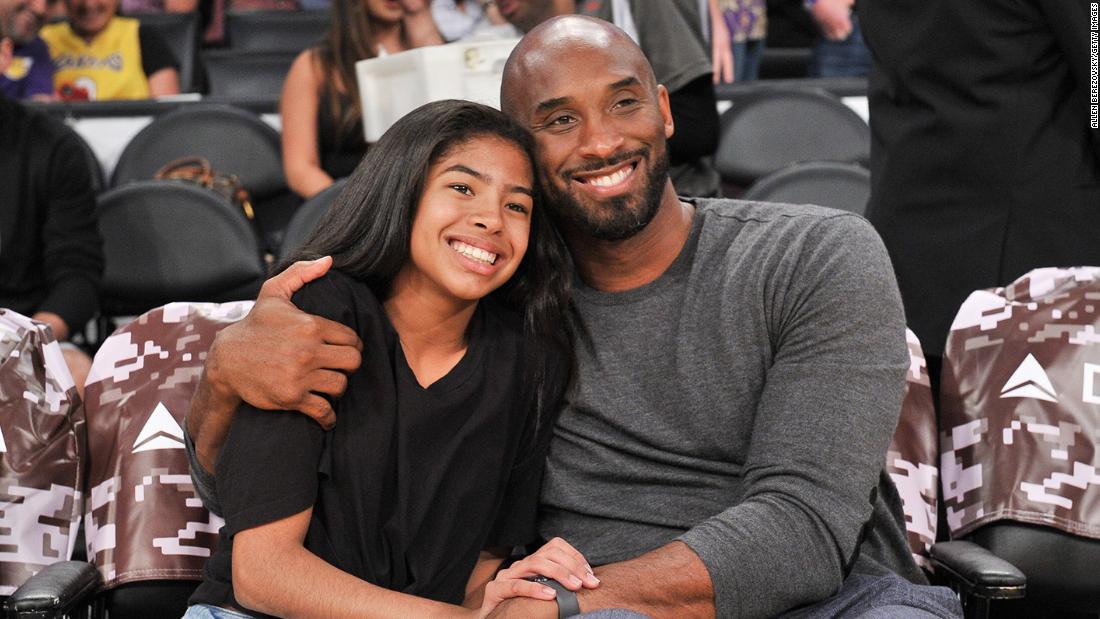 (CNN)The names of four Los Angeles County Sheriff Department deputies who allegedly took or shared grisly photos of the scene of the helicopter crash that killed NBA legend Kobe Bryant will be released to Vanessa Bryant, a judge ruled Monday.

Attorneys for the LASD and Los Angeles County wanted to keep the deputies’ names and ranks sealed, arguing that “hackers may attempt to seek out and gain access to the individual deputies’ devices to locate any photographs and publish them,” according to court documents.

U.S. District Judge John F. Walter said in a ruling on Monday that this is “totally inconsistent with their position that such photographs no longer exist.”

Sheriff Alex Villanueva previously confirmed that all photos of the crash that were in the possession of those deputies have been deleted.

Bryant last month called for the sheriff’s department to release the names of the deputies involved in the photo sharing, saying they must be held accountable. Her husband, their 13-year-old daughter Gianna and the seven other people killed in the January 2020 helicopter crash.

CNN’s Hollie Silverman and Artemis Moshtaghian contributed to this report. DOJ to provide grants from $7M fund for bodycams...

The Justice Department (DOJ) announced this week it will provide more than $7 million in funding for body cameras so smaller law enforcement agencies can abide by increasing demands and standards of policing.
Read more

U.K. to Set Out Preferred Plan for Post-Brexit Northern...

Boris Johnson’s government will set out its preferred approach to post-Brexit trade in Northern Ireland, with the fallout from the U.K.’s split from the European Union still causing tensions in the province.
Read more

Fulham boss Scott Parker says "sloppy" mistakes cost his side as the Cottagers missed the chance to move out of the bottom three following a 3-0 defeat by Manchester City.
Read more

World leaders are gathering in the UK for the G7 summit. Follow here for the latest.
Read more

NHL goalie Matiss Kivlenieks died on the Fourth of July following an accident with a firework, investigators said.
Read more

Democrats are working to negotiate a government funding deal, but Republicans have a long list of demands before they'll come to the table.
Read more

The colorful 1905 work by the Austrian symbolist painter has been hanging in Paris' Musée d'Orsay museum for decades.
Read more

We are in a quagmire, says Bryant amid Owen...

Labour MP Chris Bryant says MPs should be given another vote on the suspension of Owen Paterson.
Read more

The German Advertising Federation filed an antitrust complaint on Monday against Apple over the tech giant's rollout of its App Tracking Transparency feature. The ZAW, the advertising federation, filed...
Read more

Steve Bannon surrenders to FBI on contempt of Congress...

Steve Bannon surrendered to the FBI on Monday after being charged with criminal contempt of Congress on Friday.
Read more

Clyburn blames polarization on ‘the advent of social media’

House Majority Whip Jim Clyburn (D-S.C.) on Sunday blamed "the advent of social media" for the level of polarization in the U.S."It's a little worse now and I think it's because of the advent of ...
Read more

A shooting near a Juneteenth celebration in Northern California on Saturday evening left at least one person dead and several others wounded, police said.
Read more

Liberty: Lots of travelers expected on freer Fourth of...

Americans enjoying newfound liberty are expected to travel and gather for cookouts, fireworks and family reunions over the Fourth of July weekend in numbers not seen since pre-pandemic days
Read more

Why Republicans aren’t likely to budge on gun control

G7 finance ministers have agreed to work together to create a "level playing field" on global taxation.
Read more

Boris Johnson is Redrawing the Political Map of England

North and South, the completion of Brexit has moved working-class Labour strongholds into the Conservative camp and some Conservative standbys left. The post Boris Johnson is Redrawing the Political Map of England appeared first on The American Conservative.
Read more

Measures commit to staying within the European Convention - despite pressure from some Conservatives.
Read more

What Rene Girard's mimetic theory can teach us about politics and how we arrived at our moment. The post American Scapegoat appeared first on The American Conservative.
Read more

Data from human trials offers new hope that one of the deadliest diseases in the world can be brought under control.
Read more

Los Angeles County residents are again required to wear masks indoors regardless of their vaccination status — a mandate that health officials hope will reverse the latest spikes in coronavirus cases, hospitalizations and deaths
Read more

Thailand is set to expand its quasi-lockdown measures to its regions that are hardest-hit by the coronavirus pandemic and home to about 40% of the population.
Read more

Mixing Shots Has Side Effects; WHO Overhaul Urged: Virus...

Mixing doses of AstraZeneca Plc’s and Pfizer Inc.’s vaccines increased side effects such as fatigue and headaches among patients, researchers at the University of Oxford reported.
Read more

Prosecutors say the men had no legal reason to pursue Arbery with guns.
Read more

Stansted Airport was evacuated after reports of a suspicious package in the security area.
Read more

The husband of a detained U.K. charity worker has appealed to the British government to be brave in its dealings with Iran as the family marked 2,000 days since her detention
Read more

Singapore Minister Says Must Be Ready to Act as...

Singapore should continue to expect many coronavirus infections to be reported in the coming days and must be prepared to make adjustments or take decisive action to suppress the cases, Health Minister Ong Ye Kung said in a Facebook post on Monday.
Read more

How the ‘Cheer’ family handled the Jerry Harris news...

“It was devastating, it was gut wrenching and it was very, very, very sad,” said Morgan Simianer, one of the Navarro College cheerleaders.
Read more

A union-led group says Amazon's injury rate is twice that of its closest competitor.
Read more

Philip Morris Eyes Sustainable Debt in Move Away From...

Philip Morris International Inc. is laying the groundwork to enter the booming market for sustainable finance as it faces an expanding base of investors who refuse to fund tobacco companies.
Read more

Supreme Court justices on abortion, during confirmation and from...

Here are some excerpts of the nine sitting justices from their Senate confirmation hearings and Wednesday’s oral arguments.
Read more

When Tom Glocer went to bed on Tuesday night in the Hamptons, Morgan Stanley’s lead independent director felt a mix of disappointment and contentment.
Read more

A $20 Billion Company’s Future Hinges on The New...

Hi everyone, it’s Vlad here from Tokyo, subbing in for Jason. Today we’ll take a look at the new PUBG game coming out, and get excited that Age of Empires is back. But first...
Read more

Trump’s Lawyer to Use 2020 Law Against Frivolous Lawsuits...

A former contestant on The Apprentice, Summer Zervos sued Trump for defamation and his lawyer said she plans to draw on a 2020 New York law.
Read more

His symptoms include extreme fatigue and tiredness, both common traits of long covid.
Read more

As China pivots toward a consumer and service-based economy, stock investors should pay close attention to the country’s millennials.
Read more

Almost 50,000 illegal immigrants who were told to report to an Immigration and Customs Enforcement (ICE) office between March and August have disappeared, according to newly released Homeland Security data.
Read more

The Brooklyn Nets are beginning to lose hope that star guard Kyrie Irving will be available for home games amid concern over his vaccine status, according to a report.
Read more

A federal judge on Tuesday ordered a Pennsylvania man who allegedly assaulted a police officer during the Jan. 6 attack on the Capitol to remain in prison until his trial....
Read more

Biden appoints Sara Minkara to US special advisor on...

President Biden announced on Thursday that he has appointed Sara Minkara to serve as U.S. special adviser on international disability rights.The senior-level position, which is housed within the ...
Read more

The organizations in charge of U.S. gymnastics have agreed to pay $380 million to the hundreds of victims of longtime team physician Larry Nassar, closing one part of a legal battle that has also extended to Capitol...
Read more

10 patio and porch accessories under $50

Former student protest leader and leftist lawmaker Gabriel Boric faces an uphill battle persuading voters from the vanquished centrist parties to back him rather than his hard right rival when Chile holds a presidential run-off election next month.
Read more

The president's selection of Silicon Valley critics for key posts at the White House and the Federal Trade Commission could be a sign of a new direction — or a sop to progressives.
Read more

The legendary EGOT-winning entertainer sits down with Jane Pauley, and with best friend and accompanist Michael Feinstein, to talk about a life in the spotlight.
Read more

President Biden on Friday said he has a cold after sounding hoarse and coughing during remarks on the November jobs report at the White House.The president, in a raspy voice, said he has taken a test and that he do...
Read more

The verdict comes as an extradition battle in Canada for Huawei executive Meng Wanzhou is ongoing.
Read more

Cuba Gooding Jr. to go on trial in February...

A judge announced on Monday that Cuba Gooding Jr. will go on trial next February, with the actor facing groping allegations from three different women at three different night spots in Manhattan....
Read more

Scotland's papers: 'Royals in crisis' after Meghan and Harry interview