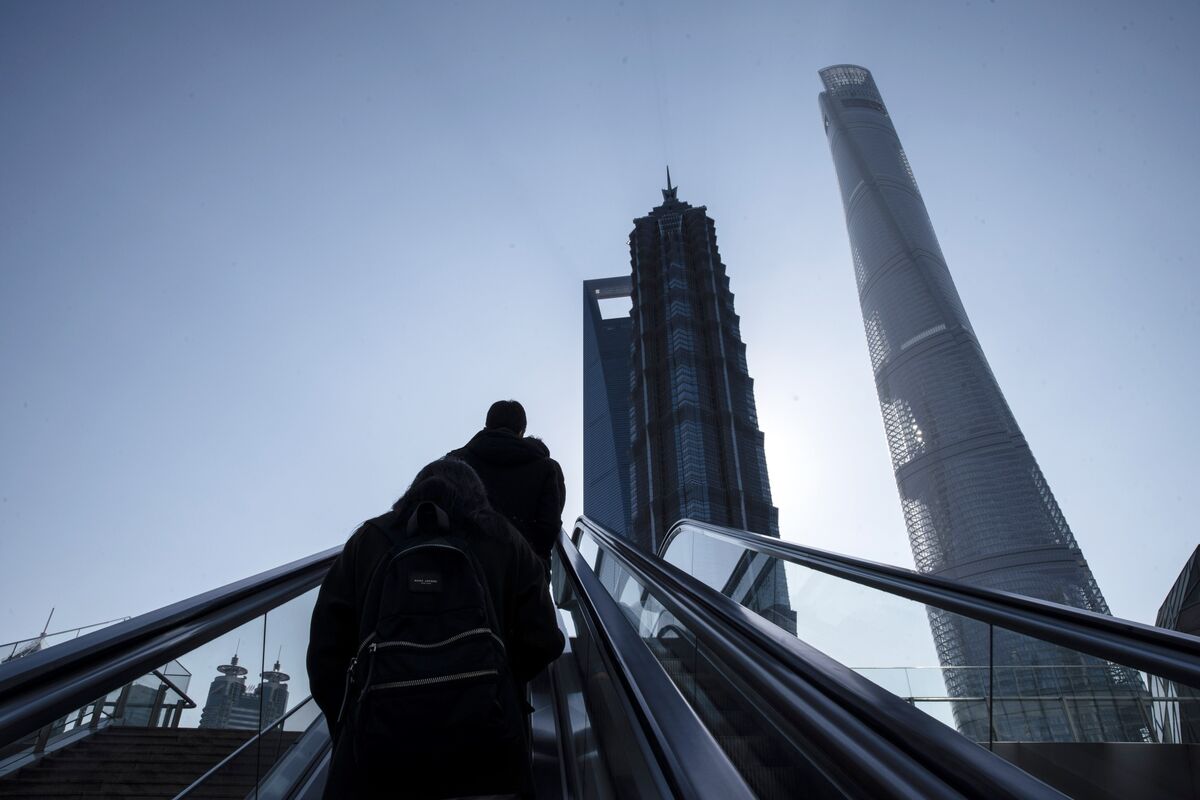 American businesses in China see their industries growing this year after the Covid-19 pandemic dented profits in 2020 despite Beijings quick containment of the virus outbreak, a survey by the American Chamber of Commerce shows.

Some 81% of the 345 respondents expect industry growth this year and 45% see relations with the U.S. improving, a jump of 15 percentage points from last year, according to a report released on Tuesday.

Half said the investment environment is improving and just 12% said it is deteriorating, the lowest proportion since the question was first introduced in the survey in 2012. Only 56% of respondents made profits in 2020, the lowest level since the survey began 23 years ago, with a fifth suffering losses.

With China leading in economic recovery and the new U.S. administration in place, our members are cautiously optimistic regarding business growth in China, AmCham China Chairman Greg Gilligan wrote in the report.

Global business travel disruptions, the inability for expatriate staff to return to China due to government entry restrictions, and uncertainty around business decision making were the biggest ways in which the pandemic impacted American companies operations in China. The survey was conducted between October and November last year.

With assistance by John Liu, and Yujing Liu

UFC 270 preview: Why Francis Ngannou v Ciryl Gane is one... UFC 270 preview: Why Francis Ngannou v Ciryl Gane is one... FEMA has funds to cover disasters — for now

The Biden administration is sitting on enough emergency funding to cover the "immediate" aftermath of a recent scourge of natural disasters, including the path of destruction left by Hurricane Ida, sources said Thur...
Read more

An Ohio judge has ordered a local hospital to treat a patient with Ivermectin despite warnings from medical officials that it shouldn't be used against COVID-19, ...
Read more

Rep. Nancy Mace, R-S.C., called not being able to attend President Biden's first address to a joint session of Congress a "disservice to the country."
Read more

This is not how experts treated recalcitrants during the AIDS crisis. The post Public Health Hypocrites appeared first on The American Conservative.
Read more

Taliban raid suspected IS hideout after bombing in capital

Taliban forces have raided an Islamic State affiliate’s hideout in the Afghan capital and killed several insurgents, hours after a bombing outside a mosque
Read more

Progressives rally around Medicare with cuts to health package...

Progressives are closing ranks behind Medicare expansion because it represents the best chance of getting a sliver of their “Medicare for All” vision into law.
Read more

Brentford manager Thomas Frank says his side "destroyed" Manchester United in the first half but paid the price for not taking their chances after losing 3-1 at the Brentford Community Stadium.
Read more

With Burgess Everett, Nicholas Wu and Kyle Cheney. DEBT AND DEFENSE, TOGETHER AGAIN No, they arent on the same bill, but the Senate is...
Read more

China’s foreign-currency holdings slipped for the first time in three months in June as a stronger dollar cut the value of assets in other currencies.
Read more

Missouri is seeing a concerning uptick in hospitalizations due to Covid-19's Delta variant. The variant, initially originating in India, is quickly becoming more prominent in the state with a 225% increase in admissions in Springfield since the beginning of J…
Read more

“This is the aftermath of a whole year of Donald Trump's using the terms ‘China Virus’ and ‘Wuhan Virus’ and creating hatred.”
Read more

‘Everybody is frustrated,’ Biden says as his agenda stalls

Television viewers are ready for some football
Read more

Our PS5 restock tracker Matt Swider sent a Twitter alert about a PS5 Digital that Walmart fulfilled as PS5 Disc for $100 less than MSRP – and the US store just came through. Here's when we may see Walmart restock next.
Read more

11 killed by roadside bomb in Afghanistan

A roadside bomb explosion in Afghanistan has left 11 people dead, including three children, The Associated Press reported on Sunday.Badghis provincial Gov. Hesamuddin Shams told the AP that a minivan fell into a valley after the explosion...
Read more

The lawyer for Anne Sacoolas also says her client is willing to meet the teenager's family.
Read more

‘That Dog Is Not Coming Here’: Internet Backs Mother...

"If your adult son wants a dog so bad, he can go get his own apartment to have one," one commenter wrote.
Read more

Dana Twidale scammed 24 couples and a man she met on a dating app but only has a "small sum" left.
Read more

The U.K.'s latest surge in coronavirus infections gathered pace Thursday with new confirmed cases rising above 10,000 for the first time in nearly four months as a result of the spread of the more contagious delta variant.
Read more

Dell has cut the price of the XPS 15 by a huge $650 for Black Friday, but it's selling quickly.
Read more

German airline Lufthansa (LHAG.DE) aims to win back business travellers by increasing the number of flights and improving catering, an executive board member was quoted as saying on Sunda…
Read more

The Walt Disney Co. swung to a profit in its most recent quarter as reopened parks provided a revenue bounce
Read more

Eye Opener: What we’re learning about suspect, victims in...

Two days after an SUV plowed through a holiday parade in Waukesha, Wisconsin, we’re learning more about the suspect and the children fighting for their lives. Also, Ahmaud Arbery’s mother speaks with “CBS Mornings” as the trial over his killing heads to the j…
Read more

For Bitcoin Futures ETFs, the Future Is Here (Podcast)

The group of 20 is evenly split between Republicans and Democrats.
Read more

The National Security Council (NSC) said Wednesday that the U.S. will aim to have "conservations" with China about arms control rather than "formal talks", ...
Read more

Volkswagen China shuts two plants in Tianjin due to...

Volkswagen Group's (VOWG_p.DE) China unit said on Thursday it has shut a plant it jointly runs with FAW Group in the city of Tianjin, as well as a component factory, due to recent COVID…
Read more

Jacob Zuma was granted medical parole after being sentenced to serve 15 months in jail.
Read more

The US president says he thinks Russia's leader will "move in" but does not want a "full-blown war".
Read more

Vaccinated Americans spent the most normal weekend for more than a year exploring restored freedoms to gather without masks but also dilemmas over personal and collective responsibility sparked by new government health guidance.
Read more

Yet more small suppliers have been caught between soaring energy costs and the UK's price cap.
Read more

Britain's Adam Peaty completes the 'quadruple-quadruple' by claiming his fourth title of the week at his fourth consecutive European Championships.
Read more

The Acer 311 Chromebook is 48% off right now over at Staples for Black Friday.
Read more

Protests in Colombia are in their third week with demonstrators saying they plan to carry on.
Read more

Cheerleading: How an American sport is storming British shores

Britney Spears is celebrating her "free woman" energy by going nude on Instagram. The pop star seemingly referenced the end of her conservatorship with the social media post.
Read more

The Buffalo Bills were close to ending their streak of missing out on a Super Bowl in 2020 but came up short in the AFC Championship against the Kansas City Chiefs.
Read more

Biden says he plans to run for reelection in...

Microsoft is telling employees Thursday that their return to U.S. offices is delayed indefinitely until it’s safer to do so
Read more

A town in Massachusetts is looking for a man who is allegedly going to door-to-door and trying to sell meat from his van.
Read more

Washington’s J.D. McKissic put on his cape and did his best Superman impression against the Falcons in Atlanta on Sunday afternoon.
Read more

Covid: China hits back as US revisits Wuhan lab...

China accuses the US of "political manipulation" over investigations into the origins of the pandemic.
Read more

Mayor de Blasio said we could leave COVID behind "if we truly focus on vaccination and put the tough mandates in place to make sure we turn the corner."
Read more

Miami Heat player suspended for a week over anti-Semitic...

The league commissioner said Meyers Leonard's language "was inexcusable and hurtful and such an offensive term has no place in the NBA or in our society."
Read more

Is the SNES the best games console of all...

You voted, we listened – the Super Nintendo is crowned king of the consoles
Read more

Republicans running for seats in state legislatures are seeking to expand upon their tracking program in 2022, hoping to use recent victories in Virginia’s House of Delegates races as a blueprint going into the midterms. In 2021, the Republican...
Read more

Mayday aim: Biden wants everyone vaccine-eligible by May 1

China's property sector debt turmoil is set to keep a lid on Asian high-yield corporate bond deals in the first half of next year after a string of defaults by real estate firms left global investors licking their wounds, bankers said.
Read more

Lani Guinier, a legal scholar and champion for voting rights who was once nominated to be assistant attorney general by then-President Bill Clinton, died on Friday, her cousin, Sherrie Russell-Brown, confirmed to CNN. She was 71.
Read more

CNN anchor Chris Cuomo on Thursday apologized for advising his brother, New York Gov. Andrew Cuomo (D), on how to answer questions about the sexual misconduct allegations he faces."I understand why that was a probl...
Read more

A trucking association president said the closure of the I-40 bridge over the Mississippi River is costing the shipping industry $2 million a day.
Read more

Chris Cuomo falsely claims US gov ‘had not been...

CNN anchor Chris Cuomo falsely told his viewers on Wednesday night that the US government had never taken the theory that the coronavirus originated from a Wuhan lab leak in China seriously.
Read more

An album of recorded birdsong has managed to beat Christmas classics from Mariah Carey and Michael Bublé to make it into the top five of Australia's music charts, also leapfrogging ABBA and Justin Bieber.
Read more

Confronted in Japan with some of the strongest medical-community opposition yet to the Tokyo Olympics, IOC President Thomas Bach offered Wednesday to have added medical personnel available to help out when the games open in just over nine weeks.
Read more

The pandemic is making your kids dumber, and showing you how dumb the people teaching them always were. The post Flattening the Bell Curve appeared first on The American Conservative.
Read more

She completed the grueling 10.4-mile route to raise money for cancer research in memory of her late father.
Read more

‘It was just mayhem and chaos’: America has left...

Some didn't make it to the airport on time. Others never had an opportunity to leave. Some simply chose to stay and fight for their rights. Here are stories of some of the Afghans who escaped -- and those who didn't make it.
Read more

Beijing seeks to put a damper on dancing grannies

Imagine a flash mob in a public space with dancing old ladies -- that scene is creating controversy in parts of China. But now, the government may be backpedaling from its plan to roll out 12 state-sanctioned "square dance routines" that would have curbed the…
Read more

Five Miami Beach police officers have been charged in the violent arrest of a man and the person who filmed the attack.
Read more

House slated to vote on Violence Against Women Act next week