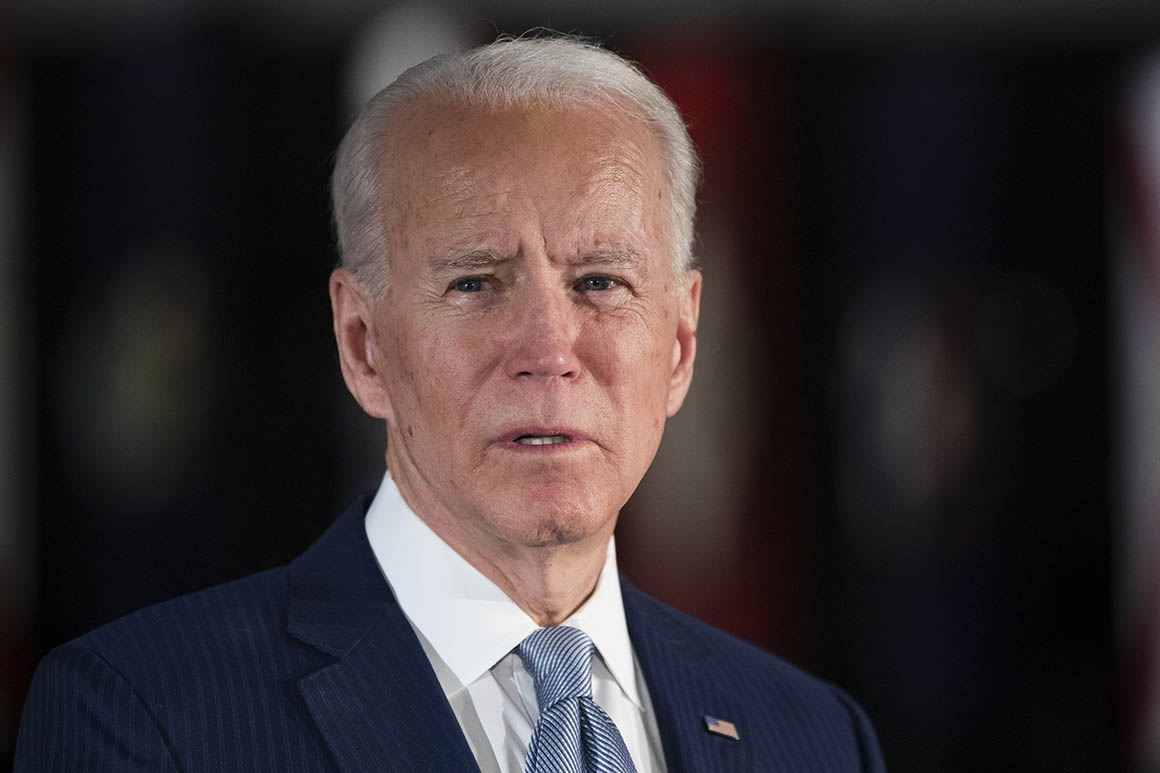 Democrats and Florida Republicans were quick to welcome the Biden administrations move to offer relief to eligible Venezuelans as the country remains in crisis.

In standing with the Venezuelan people, we are striking a blow to the Maduro regime, which has for years deprived its own citizens of education, healthcare, basic freedoms, and even food, Sen. Bob Menendez (D-N.J.), who has led multiple efforts

to secure TPS for Venezuelans, said in a video statement. And we are sending a powerful signal to allies and competitors that the United States is once again committed to the cause of democracy.

Sen. Marco Rubio (R-Fla.), a longtime supporter of allowing Venezuelans to live and work legally in the U.S., reminded that Trump had first offered Venezuelans protection and said he was glad the Biden administration shares that commitment.

Extending the status to Venezuelans would protect about 200,000 Venezuelan citizens in the U.S. from deportation, according to estimates from the Congressional Budget Office.

TPS is used to protect immigrants who come from countries devastated by natural disasters or armed conflict. Its the same temporary legal status the Trump administration announced it would phase out in 2018 for more than 300,000 immigrants from El Salvador, Nicaragua, Haiti, Honduras, Sudan and Nepal over the next few years. Under Bidens immigration plan, which faces an uphill battle on Capitol Hill, TPS recipients would be eligible for automatic green cards.

The Biden administrations plan was first reported by The Los Angeles Times. This laptop from 1989 can mine Bitcoin, but it definitely won’t make you rich

"We killed that guy. Our intention was to kill him"
Read more

Pepco Group , the owner of PEPCO, Poundland, and Dealz discount retailer brands in Europe, reported a 12% rise in total revenue for the first quarter on a constant currency basis, from a year ago, driven by performance at its PEPCO banner.
Read more

Her lawyer, Matthew Rosengart, said "the goal" is to free Britney from her conservatorship by her 40th birthday on December 2.
Read more

German elections usher in political change with a small...

While voting patterns are changing, none of the front-running parties can be described as radical.
Read more

New York City will hold a ticker tape parade to celebrate the health care staff, first-responders and other essential workers who got the city through the Covid-19 pandemic, Mayor Bill de Blasio announced Monday.
Read more

Two endangered Mexican beaded lizards have hatched at the Wroclaw Zoo in Poland, boosting the population of the venomous lizards
Read more

On July 22, 1994, former football hero OJ Simpson pleaded "100% not guilty" to the double murder charge he faced for the brutal deaths of his ex-wife Nicole Brown Simpson and her friend Ronald Goldman. Simpson was accused of killing both Brown Simpson and Gol…
Read more

Khloé Kardashian Nose Job: What Star Said About Getting...

Khloé Kardashian opened up on speculation she has gone under the knife and the impact of public scrutiny.
Read more

Thais debut locally made AstraZeneca but supplies are tight

Health authorities in Thailand have begun their much-anticipated mass rollout of locally produced AstraZeneca vaccine, but it appears that supplies are falling short of demand from patients who had scheduled vaccinations for this week
Read more

A Chauvin’s juror’s rally t-shirt is a phony pretext...

Peniel Joseph writes that a photo of one of the jurors in the Derek Chauvin trial wearing a Dr. Martin Luther King Jr. t-shirt for the March on Washington commemorative demonstration last year has sparked the debate about a new trial.
Read more

Central Bankers Are Spooked by Signs That Inflation Is...

Many central banks are starting to withdraw the emergency stimulus they introduced to fend off last year’s pandemic recession.
Read more

Covid: Children’s mental health has not improved since lockdown...

One in six children in England is likely to have a mental disorder, up from one in nine in 2017.
Read more

A group of asset managers for Revlon Inc. lenders urged a judge not to extend a freeze on more than $500 million that they accidentally received from Citigroup Inc. while the bank appeals a ruling that they don’t have to return it.
Read more

The Met Office will work with Microsoft on a supercomputer which will help model climate change.
Read more

Sixteen names are officially announced ahead of the 1 July vote in the West Yorkshire constituency.
Read more

German newspapers see defeat to England as the end of an era for the national team.
Read more

Two California couples gave birth to each others’ babies after a mix-up at a fertility clinic , a lawsuit claims.
Read more

PIA is a powerful VPN that ticks (almost) all the boxes.
Read more

Vivo has launched a new sleek phone in India under the Y series. The Vivo Y73 is priced at Rs 20,990 and brings features like an AMOLED display, 64MP camera, and 33W fast charging.
Read more

Where is the anti-lockdown movement headed?

What is set to become of the growing anti-lockdown movement once Covid restrictions are lifted?
Read more

An industry group is calling for more funding for home improvements to help bring down the cost of heating homes.
Read more

Ryan Lochte leaves behind complicated legacy in the pool

Ryan Lochte's gifts in the pool were nearly without peer. He won 12 Olympic medals — tied for second-most by a swimmer in history — and 27 more at world championships. He always had a soft spot for young fans, giving away some of his medals and sticking aroun…
Read more

Realme Narzo 30 5G and Narzo 30 4G will launch in India soon. Will the Realme Nazro 5G be the cheapest phone with 5G connectivity in India?
Read more

The resignation of Celtic's chief executive and the highest ever Covid infection rate makes the front pages.
Read more

Portland to vote on banning city business with Texas...

To say investing is tricky during the pandemic would be an understatement. And so it has proved for many hedge-fund managers since last year’s Sohn Investment Conference in Hong Kong.
Read more

Paying the Price for Refusing Vaccination

With Covid-19 flaring up again across the world — European cases reached almost 2 million last week — governments are running out of patience with people who refuse to get immunized.
Read more

A Philadelphia District Attorney's candidate is addressing the death of a woman whose body was found in his home on his campaign website.Charles Peruto Jr.'s website features multiple sections, including ones title...
Read more

China's industrial output grew at a surprisingly faster pace in October, despite fresh curbs to control COVID-19 outbreaks and supply shortages that have threatened to undercut the recovery in the world's second-largest economy.
Read more

Presented by National Industries for the Blind&nbsp...
Read more

France Boasts Results in Spending Big to Bring Back...

Sign up for the New Economy Daily newsletter, follow us @economics and subscribe to our podcast. From factories to cut up fish to facilities to fashion cutting-edge connected...
Read more

Martine Moïse, who was injured in the attack which killed her husband, speaks for the first time.
Read more

President Biden approved a disaster declaration for Kentucky on Sunday, making federal funds available to areas that were affected by the severe storms and tornadoes that tore through the state late last week.Biden...
Read more

Oxford-AstraZeneca supplies will be delayed in April and Wales expects to have 250,000 fewer doses.
Read more

Neighbor subs in to help soldier’s son with yardwork

Brian Kelly is just 5 years old, but he's developed a love for yard work, something he and his dad used to do together all the time. After his dad, an Air Force captain, was deployed, Brian had to find a new partner. Steve Hartman went "On the Road" to find o…
Read more

The Biden administration is set to unveil its proposed topline spending numbers for the 2022 government budget on Friday, after a brief delay.The discretionary proposal, which is expected to be short on details, wi...
Read more

Amazon set to launch Sidewalk mesh network across the...

Starting on June 8, all Amazon smart devices across the U.S. will automatically be linked to one another as a part of Amazon's Sidewalk network. The goal is to create a low bandwidth network bridging all devices so that users can reboot malfunctioning equipme…
Read more

Amazon to Let Customers Sue After Thousands of Alexa...

Amazon.com Inc. has stopped requiring customers to pursue claims in arbitration -- rather than a court of law -- after tens of thousands of people inundated the company with complaints that the Alexa digital assistant was improperly collecting voice recording…
Read more

Dershowitz files multimillion-dollar lawsuit against Netflix over portrayal in...

How to fix your job so that you love...

Connecting with those around you, adding meaning to your job and hacking how you spend your time can help you love your job.
Read more

US carries out Afghanistan airstrike as Kabul evacuation effort...

The US military carried out an airstrike against what it said was an ISIS-K planner in Afghanistan's eastern Nangarhar province, amid warnings of possible further terror attacks targeting the last-ditch US evacuation effort from Kabul.
Read more

Brian Laundrie’s best bet is to surrender safely to police so his defense team can get to work in court, a top U.S. defense attorney told Fox News with a manhunt underway for the Florida fugitive wanted on a federal debit card fraud charge following the death…
Read more

Biden sets off to Europe on first foreign trip...

Follow us at @BloombergUK for the latest news and analysis. Bank of England Governor Andrew Bailey warned of a potentially very damaging period of...
Read more

A Los Angeles teachers union is calling for eligible students to be required to receive the coronavirus vaccine, as well as stricter quarantine guidelines from the school district. ...
Read more

The Biden administration is about to face a grilling from high-ranking Democrats in both the House and Senate over the bungled U.S. exit from Afghanistan, where the Taliban's quick advances caught key officials off ...
Read more

Support for President Biden's vaccine mandate on businesses with at least 100 employees has slipped 3 points from September, but is still backed by a majority of Americans, according to a new Morning Consult-Politico poll...
Read more

Actress Carol Kane joined CBSN to talk about her role in "Unbreakable Kimmy Schmidt," life as an actress, and her thoughts on Donald Trump.
Read more

Emaar Names Female to Board as UAE Pushes for...

Sign up for our coming Middle East newsletter and follow us @middleeast for news on the region. Emaar Properties PJSC appointed a female to its...
Read more

Raven Saunders: What the Olympian’s X protest means to...

The US shot-putter defies a ban on podium gestures after taking silver at the Tokyo Games.
Read more

Two scientists have won the Nobel Prize for chemistry for finding an “ingenious” and environmentally cleaner way to build molecules that can be used to make a variety of compounds, including medicines and pesticides
Read more

Why Iceland’s newest volcano is so unique

Seth Doane travels to Iceland where a new volcano is spewing lava from an unusually deep place in the Earth. See the story on 60 Minutes Plus, streaming now on Paramount Plus.
Read more

"Saturday Night Live" uncorked laughter over the CDC lifting its national mask recommendation for those who have been vaccinated.
Read more